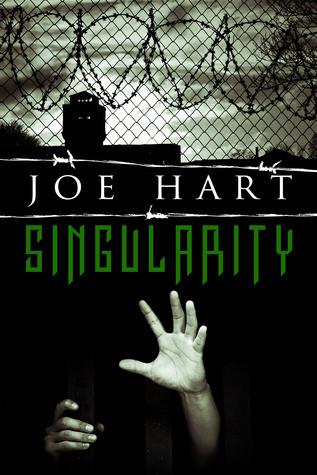 No part of this publication may be reproduced, stored in a retrieval system, or transmitted, in any form or by any means, electronic, mechanical, photocopying, recording, or otherwise, without the prior written permission from the author.

This book is a work of fiction. The names, characters, places, and incidents are the products of the author’s imagination and are not constructed as real. Any resemblance to actual events or persons, living or dead, is purely coincidental.

For my mother and father, who dreamed for me before I could do it
myself.

Other Books by Joe Hart

There are a few people who were indispensable in the birthing of this book I’d like to point out. First off, my sister,
Ang
. Thank you for providing great info on the specific inner workings of the BCA; your advice and input were invaluable. Special Agent Paul
Gherardi
with the BCA for walking me through the typical death investigation procedure. Thanks so much, Paul, for without your help, I would have missed the visceral feeling of being on a case and everything that goes with it. My family for their utmost support and patience over the months that I spent behind the desk; you all mean the world to me.
And to you, Reader.
Without you, I would merely be writing for my own enjoyment; and while that is great, it’s not nearly as fun to be scared by
yourself
.

The man in the white T-shirt and black slacks breathed a prayer between a set of cracked lips and realized that the moment was finally here. The moment he’d dreamed of for nearly three years. Every hypothesis, plan, and drawing culminated in this last second, as he felt sweat run down the middle of his spine and his finger lit on the faded red button before him.

His eyes searched out each member of his team. “Ready?” he yelled. Their faces looked toward him, his moment. They nodded in turn. Mallory, his second in command, began to call out questions above the humming massive piece of steel that sat before them, enshrouded with bundles of wires and electrical panels. His voice echoed against the walls of the cave.

“Check!” a voice answered from behind a lead
shield
nearly a foot thick.

The man in the white T-shirt stepped closer to the machine and gazed through its plate-glass window, which made the view hazy and indistinguishable. He would have to amend the sighting plane with a different medium—something that could be seen through while withstanding short bursts of radiation. He felt the button beneath his fingers, rough and so real. He was here, at the edge of the rest of his life. He breathed again and stared through the glass at the boulder lying a hundred yards away. The cave walls and high ceiling dwarfed the rock, but he knew it was immense, weighing well over five tons.

Not for long,
he thought. “Firing on three!” he yelled. He watched his team slide behind their barriers, and he wondered if they were ready to die. Were they willing to give their lives like he was in the name of discovery, of science? Either way, after he pushed this button, he would never know for sure.
“One, two, three!”

The button snapped down beneath his fingers and there was a sound like an x-ray being triggered as the machine fell silent. The cave lit up in a white flare and then darkened once again except for the sparse string of incandescent lights hanging from the ceiling. For a moment he thought the machine had simply shut off, but then he realized that everything was silent. The sounds that normally rebounded off the underground walls were gone, along with all other noises. The world had died when he pressed the button, its breath cinched off by what he’d done. He blinked and looked through the glass for the boulder.

He leaned forward and pressed his face against the surface of the sighting chamber. The glass felt warm to the touch. Yes, the boulder was definitely gone, but something was wrong. There was a hole where the rock sat moments before. He squeezed his eyes shut and wondered if it was an afterimage of the beam.
No.
When he looked again, the hole was still there. The beam must have torn through the far wall some three hundred yards beyond the target point.

He cursed, and for the first time looked to the control station on his left. As he stared at the bodies on the ground, their ears dribbling blood into wider pools on the dirt floor, he marveled at how perfect the silence was. It wasn’t the quiet of a library on a Sunday evening, and definitely not the same as being immersed underwater. It was perfect.
Clean and pure.
It was like he had never known sound.

He glanced to his right, not surprised to see Mallory face-down in the dirt. One of the man’s arms stretched toward him, and it looked as if there was a crack running down the middle of his skull.

He rubbed his eyes and ran his fingers through his hair, which had grown much too long in the last year. He stretched a shaking hand out and punched the emergency off button several times, then saw that the machine had indeed shut down. No, not shut down. He looked through the sighting window again and saw the barrel was gone, as was the firing chamber behind it. How had he missed that?

Rubbing sweat from his eyes with claw-like fingers, he walked around the machine and stared at the areas where the rest of it should have been.
Gone.
He shook his head and looked down the length of the cave to the hole punched through the wall.

He had been mistaken. The hole wasn’t in the wall at the far end of the chamber. It was where the boulder used to be. It stood in the middle of the cave, like a black mirror, oval in shape and nearly ten yards across. He walked a few steps toward it and then stopped, taking in its perfection, its
depth
.

He and Mallory used to theorize on this very thing over coffee and whiskey alike. The probability for it ever occurring was so low they hadn’t even brought it up to the council, hadn’t mentioned it in any of the briefs. It was nearly impossible.
Nearly.
Yet here it was, staring him full in the face. Something so much more exciting, brimming with possibilities, than the machine’s original purpose.

He began to
run,
his hearing and dead team forgotten. He ran toward the hole and it seemed to grow, as its outer edges wavered like black-tongued flames in the deeper darkness. He skidded to a stop a few feet from it and his jaw slackened. He could see something in the center of the black. Dual shining points a few feet apart, like moonbeams glancing off a pond. Everything in his body told him to halt, not to go any closer. He would regret it if he didn’t stop, but he ignored the warnings; his innate curiosity was the epicenter to his creativity. It would not let him stop.

He reached toward the oval and noticed its edges fluctuating faster.
It’s dissipating,
he thought. He and Mallory discussed this too. Only a brief tear had occurred. Already, the fabric of the world was trying to repair itself. He looked into the darkness at the two spots of light that were closer now, and he felt a sense of privilege wash over him. Was he seeing stars that were not of his own sky? Were they supernovas dying out in a dull shade after burning for hundreds of millions of years? He was within reaching distance of the hole now, its diameter shrinking with each second. He leaned closer. He needed to see something of value. The machine was ruined. It would take years of appropriations and materials to restore it to working order. That is, if he could convince the council to try again after the decimation of his entire team during the initial test. He needed to be able to tell them he’d seen through a window into a place upon which no other human had laid eyes. He needed to make them understand what this was: the most significant discovery in all of human history. He squinted at the two points of light, trying to discern their details.

Much too late, he realized that the eyes were only feet from the other side, and he glimpsed the rest of a body as it fell through the diminishing hole, onto the rough floor of the cave. A scream ripped out of his lungs, which he could only feel without his hearing, as he turned and raced away from it. His feet tripped on a ridge of the cave floor and he fell so hard he saw flashes of light sparkle across his vision. The image of what had come through the hole replayed in his mind as he struggled to his knees, his hands clawing at the floor to get away. He had to get away from it.

A dagger of pain shot through his right thigh, and as he looked down to see the thing that jutted from his leg, he realized his auditory sense was back, because now he could hear as well as feel the scream that flew from his mouth and danced back to him from the earthen ceiling.

Sunset & Vine: Loose Lips by Per Hampton
You're Still the One by Jacobs, Annabel
Always & Forever by Chantel Rhondeau
To Desire a Highlander by Sue-Ellen Welfonder
The Untamed by Brand, Max
Vanishing Passenger by Gertrude Chandler Warner
The Orkney Scroll by Lyn Hamilton
1 Who Killed My Boss? by Jerilyn Dufresne
Tim Lebbon - Fears Unnamed by Tim Lebbon
The Firebird's Vengeance by Sarah Zettel
Our partner