“âIf those possibilities come to fruition, fellow moon animals, man will make of earth a place of unimaginable beauty, bounty, wisdom. On that day, there will be a treaty signed. Men will be fully accepted into the dance of creation. Animals and men will love one another at last, as they were meant to do.'

“Cat then went on to mention Orpheus, St Francis, Robert Burns as human beings who had loved in their day the entire animal creation. There were thousands of good people on earth like them. But if, tomorrow morning, those torrents of water were to be unleashed, all that hope and promise would be lost.

“Himp-hunk shouted from the other side of the chamber, âBunk! Humbug! Earthshine! Don't listen to that cat. He's a traitor, I know it. He's on their side. Cat is no friend of the moon animals. Cat spends half his time at the hateful fires of man. Sit down, traitor, hypocrite! You won't change us now, Cat, with your eloquent miaows and purrings.'

“The Speaker of the assembly, Swintock (he who hopped on one leg and had seven eyes) rebuked Himp-hunk. He ordered him sharply to sit down. No one had interrupted Himp-hunk's speech. Cat was in a good position to provide information to the assembly; he indeed knew man more intimately than any of the others there present. If Cat could convince the assembly that there was a hope of man's eventual reconciliation, no doubt the assembly would think about the matter again. But, Mr Speaker warned Cat, no vague legends about Orpheus and St Francis â beautiful though they were â were likely to convince the delegates. Was there a red loving heart, or a cold grey stone, in the middle of man's body? That was the kernel of the matter.

“The Speaker ordered Cat to proceed with his speech ...”

(“Cat won't blab on much longer, I hope,” says Sam. “I'm longing for the levers to be pulled. I'm eager for the end of the world.”

“Carry on, Grandma. Never mind him.”)

“Cat, after Himp-hunk's angry interruption, went on with his speech. âPardon, Mr Speaker,' he said. âUp to now I've been rather longwinded, I admit. I would like to end my speech by telling this assembly a few stories about men and women and children, and some of the things I have learned about them. I hope you will hear, in the tales I am going to tell you now, the true heart beat of humanity; which will still be sounding when all that was evil is mingled in dust and ashes.'

“âHear-hear!' shouted the moon parliament. (There's nothing moon animals like better than stories.)

“The moon animals heard then, from the mouth of Cat, the story of the good ship
Esmeralda
, and how, in the midst of much that was violent and treacherous, the virtue of faithfulness shone out in the person of a certain sailor called Tomas and a little cabin boy, Mint ... At the conclusion, the moon animals murmured their admiration; all except Himp-hunk, who grunted nastily.

“There was a great deal of laughter in the assembly as the second story unfolded. It was all about a melancholy old lady called Mrs Martin and her fat good son who seemed to be killing himself with too much cherry cake. (âThey are rather touching and ridiculous, human beings,' murmured Jimp-jack. Himp-hunk snarled.)

“Cat paused, and took a sip of milk from the glass on the table in front of him. His voice was by now a bit hoarse with speaking ... He next went on to speak about children on an island â how their limbs were sun-dark in summer, how their cheeks were apple-bright in the snow, how one of them wanted to take a snowman home for a bowl of soup beside the fire. (âThe young ones are certainly very beautiful,' said Syblic, half-butterfly and half-badger. âA pity they have to grow up. They're not entirely wicked, if that's the way they begin ...' (Himp-hunk gave a bitter laugh.)

“Perhaps the story that moved the assembly most was the one about a poor river girl, Bat-ye, who made beautiful things of reeds, then silk, and in the end became an Empress. But she never forgot the river-people; she made her love known to them though they thought she was lost, or stolen, or drowned, long since. (âIf love like this wins through in the end,' said Wurton, who was huger than a gorilla but whose face was gentle as a flower, âthen man might be worthy at last of a place in the universe. I think it's worth trying. I think we should give him another chance.' Himp-hunk wept, and shook his paws in the air with rage.)

“âI have finished,' said Fankle. âI thank the moon parliament for its patience. I recommend man to your mercy.'

“The vote was twenty in favour of giving man another thousand years to prove himself a good citizen of the universe, and seven against. All the crystal bells of the moon rang out in celebration of a marvellous debate. But Himp-hunk, where was he? Himp-hunk was not to be found, either in the voting lobbies or sitting asleep (as was his habit in the afternoon) under the Himp-hunk tree. They found him, not a moment too soon, among the underground tide controls, fumbling dementedly with the levers. He was dragged away before he could saturate Earth with drowning and death. He was put into a rest home for a year; and he came out a very much improved animal, though he could never be got to say a single good word about man: not to his dying day.”

“What about Jenny? Did Fankle, or whatever the cat's name was, have nothing to say about Jenny in his speech?”

“He would have, Margaret, only he thought his speech had gone on too long already. There was nothing special about Jenny anyway. The moon animals wouldn't have been very impressed with a plain country girl like Jenny.”

“What's this? Is the story finished? Do you mean to say, Grandma, the flood magnets were never switched on? What a swizz of a story!”

“I see four eyes stuck with syrup. The candle's been out for half-an-hour. Bedtime. One thing for sure, your story tomorrow night, and every other night, will be shorter and sweeter.”

The old lady is alone beside the fire. The dark house is possessed by three regular breath-rhythms, delicate and pure.

Jenny's grandchildren are asleep in various corners of Inquoy.

Kelpies is an imprint of Floris Books

First published in Kelpies in 1984

Published by Floris Books in 2002

This eBook published in 2016

All rights reserved. No part of this book may

be reproduced without the prior permission of 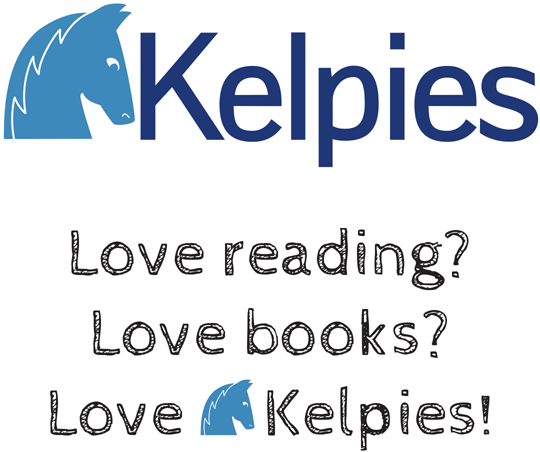 @DiscoverKelpies
for news and author chat

To Touch a Sheikh by Olivia Gates
FSF, March-April 2010 by Spilogale Authors
Article 23 by William R. Forstchen
Bucking the Tiger by Marcus Galloway
The Blonde by Duane Swierczynski
The Frankenstein Candidate by Kolhatkar, Vinay
The Fourth Man by K.O. Dahl
Just Another Sucker by James Hadley Chase
Complications by Clare Jayne
Netherstream - Episode 1: Jane Doe by Gordon, S.E.
Our partner