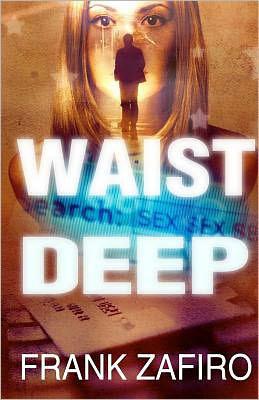 Ain’t no one leaving this world, buddy

Without their shirttail dirty

Or their hands a little bloody

Waist deep in a big muddy…

One February night,
I dreamt I was a
police officer again. I drove
my patrol car around like it was some kind of lordly chariot.
I blessed
the peasants of the city with my presence.
I
dismiss
ed their cries for help, as my time was too valuable and not to be wasted on trivial matters.

I drove
and ignored the citizens lining the streets.
They held their hands out to me, begging for attention
, for service, for protection
.

The radio in my car chirped incessantly but I disregarded the drone of voices.

When I took
the time to look at them
, the citi
zens
had no faces
.
Only chins and eyebrows frame
d every empty countenance
.
Some of them pointed their fingers at me.
Soon, the rest joined in
,
until all of them were pointing at me as I drove past.

I
guided my cruiser into a large empty parking lot and rolled through the entrance to
Jo
e
Albi Stadium.
The conquering hero returning home after battle.
Trumpets blared my arrival
as I parked at the fifty yard line
.
The rotators atop my patrol car washed the green turf with red and blue light.
When I stepped out of the car, the trumpets faded and were replaced by the boos and
angry mutterings from
the faceless crowd.

The voices
on
the patrol radio grew and fell in rhythm with the crowd.
I strained to make out the words.
They were incomprehensible, but I knew what they meant.

She was six and you could have saved her.
But instead, you killed her.

That’s what the voices on the radio accused me of.

That’s what the faceless masses screamed.

That’s what
a disembodied
Amy Dugger whispered in my ear.
The soft pitch of her little girl’s voice rang and echoed like thunder as all the others fell silent and stared.

A jagged blade of regret and guilt ripped through my chest. I didn’t bother to protest against the accusation, because they
were
right.

I woke and stared at the ceiling, not knowing who to curse.

I didn’t plan on getting kicked out of the hockey game. The whole thing
was stupid, really.
A grown man in his thirties, scuffling in the stands like a high schooler or some soccer-crazed European.
I should have known better.

The game couldn’t have started out worse.
I sat down after
beautiful
rendition
s
of
both
O Canada
and
The S
tar-Spangled Banner
sung by a
gorgeous twenty-
year
-
old girl
. The fans gave her some
of the loudest applause I’d ever heard for the national anthems.
She smiled graciously and waved as she walked off the ice.
Rock music
blasted out the PA as the players skated around and waited for the staff to remove the long red ice rugs.

Once the ice was clear, t
he players slowly drifted into position as the referee skated to center ice with the puck.
The hometown River City Flyers sported
their home whites
, fringed with orange and black
.
The visiting
Creston Otters wore their teal uniforms, trimmed with white
and red.

“ARE YOU READY FOR SOME
HOCKEY
?”
the rink announcer’s voice
blared
from the PA. T
he crowd cheered.

I sat in my cheap seat, which
I’d splurged on, full of bittersweet excitement. My grandmother had been the hockey fan. She’d managed to pass along the love of the game to me, along with a few choice phrases in Czech. I couldn’t afford to go to many games these days, but when I did, it was at these moments, full of anticipation and promise, that I missed her even more.

The referee raised his arm and checked with both goalies
before dropping the puck between the two opposing centers.

“Somebody hit somebody!” a voice boomed from behind and to my left.
I didn’t bother looking.
I knew what
kind of idiot
I’d see as soon as I heard the pocket of supportive laughter.

The Creston center was a tall, thin kid and he beat the River City center clean on the draw, pulling it back to his defenseman.
The d-man slid the pass cross-ice to his defensive partner.
The Creston defenseman with the puck held up for a moment, then zipped a pass up the boards to a streaking winger.
The winger gathered in the pass and poured on the speed.
The kid was fast.
NHL
fast.

Too late, the River City defenseman
responsible for that side
realized he’d
been beat and scrambled to get back
.
He didn’t stand a chance
, though
.
The speedy winger
flew past him and
bore down on the goalie.

“C’mon Beaves,” I muttered at the goalie.
“Make the save.”

It was no contest
.
The winger dipped his shoulder and Beaves dropped to his knees, biting on the fake.
The winger pulled the puck to his right, then quickly to his left and snapped it into the top corner of the net.

A displeased mu
rmur went through the crowd.
Beaves angrily fished the puck out of the net and sent it skittering toward center ice.
The Creston players gathered at the faceoff circle to his left and embraced in celebration, tapping gloves and helmets.
The defenseman who blew his coverage skated back to the bench with his chin on his chest.
He hadn’t even swung a leg over the boards before the assistant coach began chewing him out.

The rink announcer gave out the details of the goal in a muted voice and a few scattered boos erupted from the crowd.
I glanced down at my program and looked for the goalscorer’s stats.

“Kill Creston!” yelled the same voice as earlier.
This time, I turned around and looked.
A group of three sat a couple of rows back and half a section over.
Each had a plastic cup of beer in
his
hands and another in the cup holder in front of
him
.
Two had mullets and the third was trying for one.

“Beat their asses!” one
of
the mullet-bearers yelled and his flunkies laughed at his cleverness.

I shook my head and turned back to the game.
Idiot fans are the same in every sport.

The second goal came less than three minutes later.
One of the River City players took a hooking penalty and found himself in the penalty box.
Creston went on the power play and cycled the puck around briskly, keeping the defenders constantly changing direction.
Finally one of the defensemen let go a booming slapshot
.
The puck hit someone in front of the net and the re-directed puck got by Beaves for a goal.

Two to zero, less than four minutes in.
It was going to be a long game.

I glanced over my shoulder.
Mullet-man stood up and gave the team a thumbs down.
His buddies quickly joined him and the three started chanting, “You suck!
You suck!”

“You suppose he means the Flyers or the Otters, eh?”

I turned to the guy in the row directly in front of me.
He was heavy
set and I guessed him to be somewhere in his
late
forties.
He wore a black jacket with a small Creston Otters logo on the chest.

The man
chuckled, making his jowly face jiggle.
“Every rink has one or two.
Up in Canada, we have some rinks that only hold
five hundred
people, but there’s still always one or two.”

I nodded.
“You with the team?”

“Yah-huh.
I drive the bus and help with equipment.”

“Your starting left winger is fast,” I said with a nod toward the ice.

“He’ll go in the first round at this year’s NHL draft.
Maybe early second round.”
He smiled proudly, then turned back to the game.

T
he Otters continued to dominate.
The Flyers just couldn’t get anything going.
As soon as they developed a little flow, there was a penalty, or a stoppage of play
. O
r a Creston player broke things up with a big hit or a takeaway.
I sipped on my Diet Coke and shook my head as the frustrated Flyers made mistake after mistake.

After the fourth unanswered goal, the head coach pulled Beaves with seven minutes left in the first period.
The backup goalie, his mask white and unpainted, skated past to the crease and dropped to the ice for a quick stretch.

“Your backup any good?” asked the Creston bus driver.

It didn’t
take long to find out
.
Less than a minute later, the same winger who scored the opening goal took a long pass and had a breakaway.
Instead of deking, the winger teed it up in the slot and blasted a slapshot right past the goalie and into the top half of the net.

“Holy Smokes!” said the bus driver, standing up and clapping.
He looked back at me.
“Did you see that?”

“Hell of a slapper,” I admitted.

“He’ll
definitely
go in the first round with a shot like that.”

I nodded my head.
The bus driver sat back down.
Just as he was leaning back in his chair, Mullet-man yelled, “Creston sucks!”

The bus driver’s body tensed, so I knew he’d heard it.
But he didn’t turn around or look back, only stared ahead at the game as the puck was dropped again.

I looked around for a section leader, who was supposed to be on hand to take care of loudmouths like this one.
I spotted her two sections over,
a teenage girl
flirting with another section leader
who might have been a year or two older
.
The two were oblivious to the game and the crowd.

My jaw clenched.
I fixed my gaze on Mullet-man.
His face bore the broad smile of self-importance that all jerks carry.
Anger sparked down in the pit of my stomach and brewed into rage.

Mullet-man noticed me and gave me a hard stare.
“What are you looking at?”

I shrugged.
“Some guy showing off for his boyfriends.”

Mullet-man’s face dropped in surprise and then anger.
There were a few scattered “oohs” to add to his embarrassment.

“You heard me fine.”

I gave him another shrug.
“Saying ain’t doing.”

His cronies made a half-hearted effort to restrain him as he crawled over one row of seats and clambered toward me.
If the section leader had been watching, security would have been on him in about three seconds.
Of course, she was still two sections over, giggling with some pimply sixteen
-
year
-
old kid.

Mullet-man brushed past an old couple and hopped another row of seats.
He was athletic but not skilled, clearing the seats easily but landing heavily on his feet.

“
Don’t worry about it, eh?” the bus driver said from
my right.
“Like I said, every rink has a few.”

“Too late for that,” I muttered a
s I
watched Mullet-man advance.

Deadly Reunion by Geraldine Evans
Riddle by Elizabeth Horton-Newton
The Edge of Me by Jane Brittan
His Unusual Governess by Anne Herries
Safewords: Davenport and Chiffon by Candace Blevins
Chromosome 6 by Robin Cook
Infamous Reign by Steve McHugh
Complicated by Claire Kent
ROAD TO CORDIA by Jess Allison
Girl Runner by Carrie Snyder
Our partner