Skulduggery Pleasant: Kingdom of the Wicked 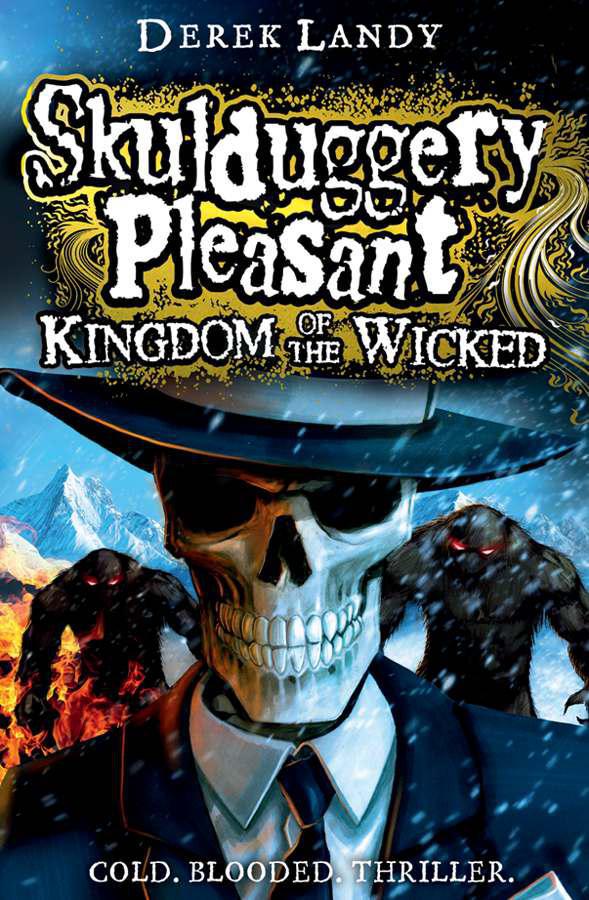 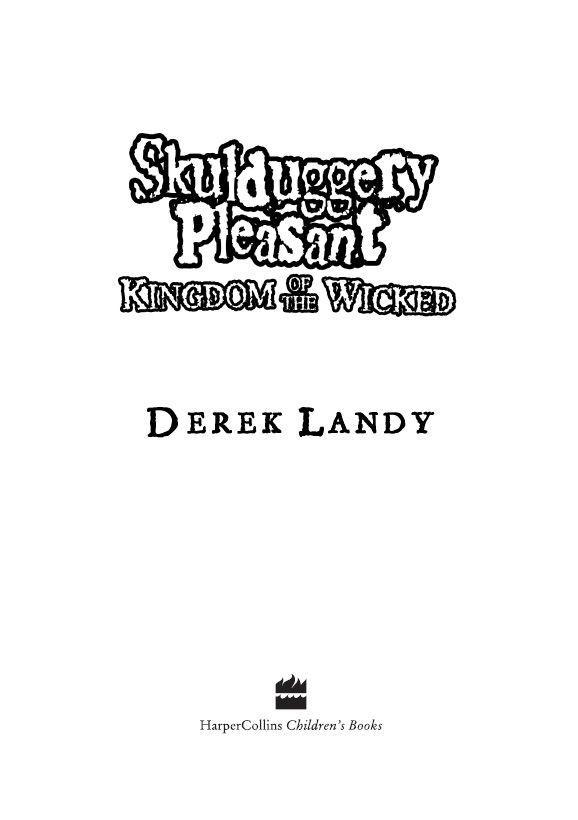 This book is dedicated to the HarperCollins Children’s Books Publicity Department.

Publicists are an odd bunch. Part manager, part bodyguard, part servant, you’re only happy when you take over an author’s life completely. I would berate you for this, but I have yet to find a publicist who stops talking long enough for me to say anything.

To the Ireland branch, the legend that is Moira O’Reilly and the quiff that is Tony Purdue.

To the UK branch, both past and present (regrettably not future, though, but future publicists, feel free to accept this dedication as your own):

Emma Bradshaw – for that time I mocked your iPod choices. Oh how we/I laughed.

Catherine Ward – for that moment we shared, bonding over
The Princess Bride
. What do you mean you don’t remember it?

Tiffany McCall – you had ‘The Imperial March’ as your ringtone. How could we
not
get along?

Sam White – I like to think I played a part in why you married an Irishman. You’re welcome.

Geraldine Stroud – this is for that English/Polish dictionary you got me. It didn’t get me anywhere with the check-out girl, but at least you
tried
...

1 THE BUTTERFLY AND THE WOLF

2 THE WEREWOLF OF DUBLIN

6 BACK IN THE SANCTUARY

7 THE STORY OF WALDEN D’ESSAI

11 SCENES FROM A COFFEE SHOP

12 THE BEDROCK OF INVESTIGATION

17 KEEPING THE DEMON DOWN

22 CONVERSATIONS WITH MY KILLER

25 THE INEVITABLE RETURN OF FLETCHER RENN

32 STRANGERS IN A STRANGE LAND

36 THE OLD MAN IN CHAINS

46 THE PROBLEMS WITH MORTALS

t was a beautiful spring day and they were standing on the roof.

“Do it,” said Kitana. Her voice was low but urgent, tinged with an excitement that bubbled up from somewhere within her. Her straight white teeth bit lightly on her bottom lip. Her face was flushed. Her eyes sparkled. So eager to learn a new way to hurt people.

Doran turned to the chimney and held out his hand. He grunted, his face going red and the muscles in his neck standing out. It looked pretty funny until his hand started to glow. There was a light under his skin, and it was getting brighter the more he concentrated.

“Oh, great,” said Sean. “We have the power of flashlights. Let the world beware.”

Sean didn’t like it when Kitana dismissed him like that. Elsie could see it in his face. Angry, embarrassed, hurt. If Elsie had ever taken that tone with him, she doubted he’d even notice. Not that she ever
would
treat him like that. She wasn’t like Kitana, who could spend a whole day mocking him and then, with one smile the next day, would have him back under her thumb.

Elsie wasn’t mean like Kitana, but then she wasn’t pretty like her, either, or blonde like her, or slim like her. She was fat and ugly and all the dyed hair and black clothes and pierced lips in the world couldn’t hide that.

A beam of light shot from Doran’s hand, crackling and sizzling, and blasted a hole through the chimney.

“It was easier that time,” he said. “Gets easier the more you do it.”

Kitana ran to his side. “Teach me! Oh my God, teach me now!”

Doran laughed, stood behind her, used one hand to guide her arm while the other hand was on her hip. He spoke softly, into her ear, and she nodded as she listened. Elsie looked at Sean. He wasn’t looking impressed any more. Now he just looked jealous. Elsie couldn’t help it – she was disappointed. Doran was just a thug and an idiot who followed Kitana around like almost every other seventeen-year-old boy in their school. But Elsie had thought Sean was different. She walked over.

Light flared in Kitana’s hand and the chimney blew apart. She screamed in delight, hugged Doran.

“That was cool,” Elsie said to Sean. He murmured. She smiled. “Maybe we should try it.”

“Knock yourself out,” he said, and walked away from her.

Her heart did that sinking thing again. Sometimes it seemed like the only reason it ever rose up was just so it could sink back down. She followed Sean over to them, half-listened to the instructions they were given. Doran lost his temper, started calling her names, and Kitana laughed and egged him on. Sean was too preoccupied with figuring out how to do the new trick – she doubted he even noticed they were picking on her again. Maybe that was for the best. If he did notice and he didn’t do anything to stop it, wouldn’t that be worse?

Finally, after many curses and insults, Elsie began to feel the power in her hand, felt how hot it was getting. Beside her, Sean’s arm was trembling.

“Feel that heat?” Doran asked. “Make it even hotter. Make it so that it almost hurts.”

They stood in a circle, all four of them, with their arms held up towards the sky. Kitana had already done it twice.

A beam of crackling energy shot out of his hand. A moment later, Kitana’s beam joined it, a slightly deeper colour that mingled with his.

“This is so cool,” she whispered.

Sean gritted his teeth. Sweat rolled off his forehead. But then the light in his hand flashed even brighter, and his own beam of energy raced towards the clouds and he laughed shakily.

Elsie became aware of Kitana’s eyes on her.

“Try harder.” Kitana’s voice had lost the playful lilt she used with the boys. When she spoke to Elsie, there was always a harder edge to it. “You can’t be the only one of us not able to do this stuff. A chain is only as strong as its weakest link, have you ever heard that?”

Of course Elsie had heard that. Who hadn’t heard that? But that was part of Kitana’s way, to treat her like an idiot. Elsie didn’t respond. Instead, she took that frustration and added it to the heat in her hand. It was really burning now. It was like her hand was about to explode.

“Hurry up,” said Doran, straining slightly. “Can’t keep this going for ever.”

Elsie felt that heat and pushed it, tensing every muscle in her body, pushing it up, out of her skin, away from her, and then it burst through, a beam of orange energy, flashing to the sky, joining the others. Elsie couldn’t help it, she laughed. It was all so pretty. So beautiful.