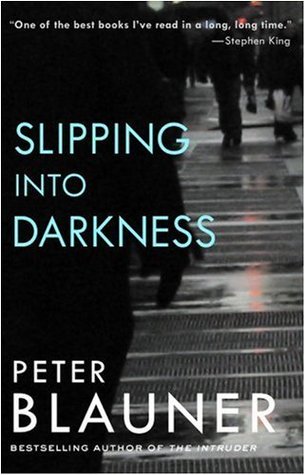 Man of the Hour

To Peg, Mac, and Mose

With special thanks and respect to Rob Mooney and Michael C. Donnelly, two of the best.

PART I: IN A LITTLE ROOM

PART III: THE SILENCE OF A FALLING STAR

PART IV: I HEARD HER CALL MY NAME

CODA: STARING AT THE SUN

AS SOON AS he walked through the wrought-iron gates and out into the pastoral green expanse of Cricklewood Cemetery, Francis X. Loughlin heard the tranquillity of a mid-October afternoon being torn open by the
crunk
and whine of a hardworking backhoe.

He looked around, trying to figure out where they were making the hole. Nothing was where it was supposed to be anymore. Another rude metallic thud sent a flock of geese flying high over a mausoleum down by Cypress Pond. He watched the birds disappear from his line of vision a second before he expected them to, another sign of the natural order being disturbed.

He took a left at the first granite angel and followed the sound of the machinery up Hemlock Avenue, passing the tree-shaded urn gardens, catafalques, and overground sarcophaguses, the society matrons not far from the stevedores, the nuns near the baseball stars, the Indian Princesses beside the Hat Check Kings, the Natural Causes next to the Sudden Demises.

Would it make his job any easier if they could all talk about their last moments? Or would the sheer cacophony and confusion just be overwhelming?
What happened? Is that all there is? Nine-one-one is a joke. But I wanted so much more!
He shielded his eyes from a gust of flying specks. Would you even be able to hear one soft high girlish voice saying, 
Excuse me, but I dont think Im supposed to be here

?

He lumbered on past a Civil War memorial, a bruiser-weight white guy in a three-quarter-length leather coat, with boxing-glove shoulders, an Etruscan chest, and more or less the gut he deserved at forty-nine. His hairline had retreated up to the grassy hinterlands, revealing a pair of dark rapscallions eyebrows over a debauched cherubs face. Women still liked him, though, because he could listen without interrupting to talk about the Giants and because he seemed like a man who could take broken things and give them back fixed without a lot of pissing and moaning about how hard it had been.

Maybe not quite twenty years, he decided. The ground had no give to it then. There was frost on the headstones, icicles on the crypts, and the trees branches were broken blood vessels against a bleak white sky. Maybe after Thanksgiving.

A sharp breeze shivered the red maples and sent a wash of dead leaves past his ankles. He felt something catch in his pant cuff and reached down to find a fifty-dollar bill stuck there. He picked it up and examined it, seeing it was not just fake but half burnt. Another gust carried the odd mingled scents of roast duck and smoldering incense. His eyes searched for explanation, over the stone crosses and up the hill, before finding a Chinese family gathered on a rise, traditional candles and flowers arrayed around a casket covered in netting.

Hey, Francis X.;
qué pasa?
 a voice called out from behind him. Wake up. Didnt you see us waving to you?

He turned and saw about a half-dozen people standing by an open grave, staring at him like a groom whod shown up drunk to his own wedding. One by one, he recognized most of them as either being from the DAs office or the medical examiners office. Behind them, the backhoe kept working, digging a hole near the headstone: ALLISON WALLIS, 1955-1983. A steel claw reached into a shallow hole and emerged with a mouthful of dirt. It pivoted and disgorged its load out onto the plywood boards laid out to protect the grass, the smell of topsoil hitting wood setting off a writhing of worms in his gut.

Hey, hey, Scottie, word up. Francis put on a game face as he went over to greet the video tech setting up a tripod over the trench.

Not the same old same old, eh, Francis? said Scott Ferguson, a big bluff ponytailed guy from the Visual Evidence Unit who was always handing out business cards, trying to get weekend work filming weddings, bar mitzvahs, and christenings. Usually when you put em down, they stay down.

Normally he ran into Scottie only at crime scenes, when there was literally still blood on the walls. So whassup? said Scottie. I tried to ask Paul, but he said this is your clambake.

Francis looked across the grave where Paul Raedo, his erstwhile friend, the prosecutor, was having an animated discussion with a lady from the MEs office, pointing his way every few seconds, trying to reassign the blame, no doubt. Four members of the gravediggers union stood by in their green uniforms, leaning on picks and shovels, waiting to do the more exacting work of digging around the coffin.

Well, he told me one thing, Scottie admitted. He said its the fucking weirdest case he ever heard of.

Well, I dont know what the hell else youd call it. Girls dead twenty years and her blood shows up on another body last week.

Sounds like fucking Paul told you plenty. Francis glared into the mid-distance.

The backhoe grunted and rocked on its stabilizers as little brown plumes wafted from the gouge, drizzling dust on the people nearby. Francis took some small measure of satisfaction in seeing Paul cough and try to brush the grit off his lapels.

So, whats up with that? asked Scottie. You got the wrong girl buried?

Thats what her mother thinks, said Francis, remembering how hed stood on this very spot with Eileen Wallis, a hand on her arm to keep her from jumping in back in 83. Im trying to keep an open mind.

And what about the guy you locked up for it? Paul said he was in the can twenty years.

Hes not the happiest horse in the race, but what are you gonna do? I still got one eye on him. Everybody did something.

The machine kept digging. Each
chooff
of metal into soil another dig to his solar plexus, another reminder that something had gone wrong on his watch. The doctor brings you into the world, the undertaker signs you out, and if something goes wrong in between, you call a cop. He might have had his lapses, but if you needed someone to get you from crime scene to the grave, he always figured he was the man for the job. Not necessarily to comfort the bereaved the way a priest or a funeral director wouldjust to keep the game honest. But now he felt like hed let down his people. He was supposed to be their representative, their public servant, their envoy: a Politician for the Dead. Who else was going to make sure their needs got met? Who else was going to twist arms, make phone calls, knock on doors, and filibuster on their behalf? Who else was supposed to speak up and fight for these constituents?

So do I smell a lawsuit in the wind or is somebody burning incense? Scottie sniffed.

Chinese funeral up the hill.

Francis pointed with his half-singed bill to where a bell was softly chiming, joss sticks were fuming, and a monk in saffron robes was leading the family in chanting.

They pay people to come or something?

Nah. He stuck the bill in his pocket. Its hell money.

Hell money. Spending cash for the afterlife. You let the dead go hungry, they might come back and haunt you.

Maybe you ought to toss it in there instead. The tech nodded as one of the gravediggers looked down into the pit and gave a thumbs-up. 
Somebodys
getting an attitude.

Might be a little late for that already, said Francis.

Slowly the steel claw retracted and the men climbed into the hole with their picks and shovels, ready to start separating the casket from the dirt.

IN A LITTLE ROOM

TIME WAS IN a cage, a yellowing Bulova clock with a hatchwork of thin silver bars across its face.

The boy sat in the cinder-block room, as fragile as an egg in a carton, staring out into space, the needle of the second hand jerking in tiny increments above him. A red-and-white tie was knotted at his throat and a green book bag sat by his feet. His long eyelashes fluttered and a wispy virginal mustache, no thicker really than the hair on his arms, twitched on his upper lip.

He looked more like twelve than seventeen. Too chicken-chested to have done the kind of damage they were talking about. Nine of the fourteen bones in the girls face had been shattered, leaving just a pulpy maw between her hairline and lower jaw. They couldnt even use dental records to identify her: her brother did the ID based on a mole on her thigh. The mother couldnt bear to look. There was minor vaginal bruising, but what disturbed Francis X. more for some reason was the injury to her right eye. Something had pierced the lid, spilling the aqueous humor that had made the iris blue.