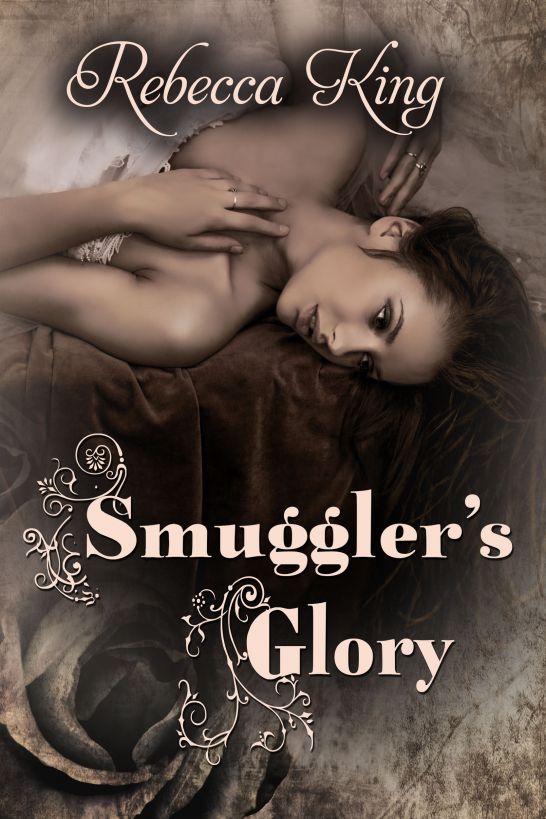 He
stared hard across the table, his tankard held suspended half way
to his mouth. A muscle ticked in his jaw. He carefully lowered his
watered beer onto the table as his temper began to build. It was
either put the tankard down, or hurl it across the room in a blaze
of fury before pounding the man seated opposite. Bracing his elbows
on the table, Simon Ambrose leaned menacingly across the battered
wooden table toward his boss.

“
You what?” Although his voice was quiet, the cold ring of
menace hidden within the husky growl was clear warning to the man
sitting opposite, who instinctively leaned back in his
seat.

Hugo
wasn’t scared of Simon Ambrose, far from it. He would trust the man
with not only his own life, but his wife’s. It was just that over
the past several years, he had seen Simon’s ruthlessness first-hand
on more than one occasion and, more often than not, had been
entirely grateful for it. But he had never been on the receiving
end of his legendary temper before, and it was a little unnerving,
even for a battle-scarred warrior such as himself.

Hugo
glanced casually around the room, giving Simon a few minutes to
absorb his latest news and rein in his temper, in the vague hope
that the large man wouldn’t launch across the table and go for his
throat. He had spent a lot of the ride over contemplating how he
was going to break the news to one of his best men. By the time he
had reached the tidy tavern in the middle of a nondescript little
village near Bodmin, he had almost got his speech ready – almost,
and had been prepared for the storm that was to come.

“
I want you to go to a small village called Much Hampton, and
stay there to observe.” Hugo’s voice was soft but held an
underlying hint of steel that did little to penetrate the rising
tide of fury within Simon.

“
Observe what?” Simon’s voice was laced with impatience. He had
no intention of carrying out the new set of orders, and his
curiosity in no way mollified his temper, but a tiny part of him
was curious anyway to know why Hugo had chosen him to
go.

“
The villagers,” Hugo muttered, knowing Simon’s temper was
going to get a lot worse before the night was over.

“
All of them?” Simon snorted disparagingly at Hugo’s nod. He
had no intention of ever finding out just how big Much Hampton was
but it was bloody impossible to keep an eye on the entire village,
and Hugo knew it.

“
Where is it?” Simon snapped impatiently. He wasn’t going to
go, but it would give him some idea of who to suggest was sent
instead.

“
It is in the middle of Bodmin Moor.” Hugo mentally winced,
carefully ignoring Simon’s soft curse. Although Simon was still
talking to him, he wasn’t convinced that the battle was over –
yet.

“
Because they are all busy, Simon,” Hugo sighed, shaking his
head ruefully. “I know you don’t like small villages – well, any
village really,” he amended ruefully. “But there is really nobody
else.”

“
Busy in London, trying to find who the weak links are.” Hugo
shot his friend a sympathetic look. “Everyone else is already on
assignment and it is too dangerous to pull them out now. We will
lose too much valuable time and information that we just cannot
afford. Word of Pierre’s capture will soon surface when nobody can
make contact with him. Although we can hide his mother’s death, we
can’t hide the fact that Pierre is missing. We don’t know how far
the spies have infiltrated the halls of government, and until we
do, we have to assume that someone will come looking for Pierre.
When they do, they will think that we have him. The men are working
on extracting the information that we need from Pierre, but you
know the situation. Until he recovers from his injuries, there
isn’t much more we can do. Everyone else is already either embedded
deep undercover, or working on assignments. You are the only one
who is available.”

“
Shit,” Simon sighed, glaring across the table. A horrible
sense of foreboding was beginning to build and he hated it. It made
him feel distinctly uncomfortable, like he wanted to fidget in
clothes that were too small. He knew it wasn’t Hugo’s fault, but
couldn’t find a way through his growing anger to be malleable with
the man he considered his closest friend.

His
dislike of villages and even the people that lived in them was bone
deep. He had no intention of spending any time in such places. He
hadn’t stayed in a village overnight since he had left home all
those years ago, and he wasn’t about to start now; not even for
king and country. “I quit.”

“
No, you don’t.” Hugo’s voice was sharp. He heaved a sigh,
fighting to keep the surprise from his voice. Simon’s reaction was
to be expected given how averse he was to, well, people really. He
had considered that knew his friend well, but he hadn’t expected
him to make such a bold pronouncement. It gave him some hint to how
averse to the new set of orders Simon really was; and the battle
that now lay before Hugo just to get him to agree.

In
reality, Hugo knew that he could just order the man to go, but
hated to pull rank on his friend. The men of the Star Elite had
fought many battles together, both during their time on the
battlefields serving in various regiments before being conscripted
into the elite task force formed to protect English borders from
invasion. Although Hugo was the highest ranking officer, he didn’t
consider himself any better than the men he worked with and classed
them as friends and colleagues rather than soldiers and associates.
He had absolutely no intention of forcing any of them to do
anything they didn’t want to. Simon just needed a little
persuasion, even of the heavy kind.

Hugo had
no idea where the aversion to village life came from. Although they
had spent many hours together there was a part of Simon’s past he
refused to divulge, in spite of the most persistent and careful
questioning. There was something in his past that he had not
managed to lay to rest, and it still affected him deeply,
especially if he was prepared to quit rather than face old
ghosts.

“
This isn’t bloody funny,” Simon growled defiantly at the
growing smile on Hugo’s face, and fought the urge to punch the man
squarely on his nose.

Hugo
tried to smother his smile, but couldn’t. “I didn’t think I would
ever see the day that one of my best men would be scared of a few
old women.”

“
I am not scared,” Simon snarled, his eyes shooting sparks of
fury. “I quit.”

“
No, you don’t. You are not a quitter. You have never walked
away from anything in your life, and won’t start now. You are a
fighter, and while we have the work we have, we cannot afford to
walk away.”

“
I’m not going to Much bloody Hampton.”

“
There is nobody else,” Hugo argued. This was far harder than
he had thought.

Sighing
deeply, Hugo eased the tankard out of Simon’s fierce grip and
placed it at the edge of the table. Something inside him wanted to
apologise to the man, but a stern voice reminded him of the perils
that awaited them all in their present situation.

England
was at war with France, and the country was being invaded by a
small, and very ruthless army of French spies that were gathering
information and smuggling goods in and out of the country, aided
and abetted by people who were not altogether loyal to king and
country, and would undoubtedly sell their own grandma for a few
extra shillings. Not that Hugo could entirely blame them, money was
short, for everyone. If someone came along and offered an amount of
money large enough to make life more liveable, most people would at
least be tempted. Unfortunately for Hugo and the men from the Star
Elite, the ruthlessness and efficiency of the spies that were
entering the country had taken the lives of more than one good
soldier, and had to be stopped as soon as practically
possible.

“
Look, we have followed the trail to Much Hampton. We need a
man in the village who can watch what is happening. You know how it
works; follow leads, observe people, check out who is trouble, and
who is just living life. It shouldn’t be too difficult, even for
you.”

Simon
glared at the sarcastic aside and remained silent.

“
Find out who is taking the spies in and giving them false
papers, and where they go after that. Once we have that
information, we will know who the contacts are in London. We know
they go somewhere around Much Hampton before taking up their new
lives, but we don’t know who they meet. The forger is in that
village somewhere, we just don’t know who it is yet. We need to
know who is setting them up with the papers, and who is shipping
them out of the village with their new identities.”

Simon
heard everything Hugo was saying, and fully understood why he
needed to go to the tiny village in the middle of nowhere. He just
didn’t agree with it. If there was one thing Simon hated more than
anything in the entire world, it was small villages and the people
in them. They were full of row after row of small houses, where
nothing much ever happened without curtain twitchers, and gossiping
old busybodies who had nothing to do but run in and out of each
other’s houses, spreading their bilious news about other people’s
lives.

He hated
people who took great delight in denigrating others, especially
when they weren’t there to defend themselves, and he liked nothing
less than the pious nit-pickers who simply waited to pick fault
with anything they considered out of the ordinary, or offensive,
and took the greatest delight in announcing it loudly to anyone and
everyone. It was always the nastiest who were the ones who came
forward to shout the loudest, as though it excused their own
offensive behaviour. He hated it, and hated them for being so
ignorant.

Did he
want to live amongst them, even for a little while? No, he did not.
The assignment Hugo wanted him to go on was worse than being sent
to the darkest, dingiest, hell-hole to fight single-handedly
against a marauding pack of enemy soldiers. He quickly closed that
thought off as the dark shadows of memory began to swirl hauntingly
before him.

Slowly
shaking his head, he glanced across the table, his mind racing with
possibilities.

“
Why can’t you and Harriett go? You know, take a bit of a
honeymoon?”

Hugo
slowly shook his head, a delighted smile sweeping across his face.
“Harriett is in no condition to travel right now.”

Simon’s
brows shot skyward and his chiselled lips split into a grin. “God,
you didn’t waste any time. Congratulations.” He liked Harriett. She
was calm and unflappable, but not some squealing brainless half-wit
who cowered and quivered at the first sign of adversity. As the
perfect match for Hugo, she had been accepted by the whole team
without question. Having faced her own near-death traumas, she had
earned her place there too.

Always and Forever by Lurlene McDaniel
Hay and Heartbreak by Bailey Bradford
The Soccer Mom's Bad Boy by Jordan Silver
A world undone: the story of the Great War, 1914 to 1918 by G. J. Meyer
Phobia KDP by Shives, C.A.
Menage on 34th Street by Elise Logan
Bystander by James Preller
Broken Harbor by Tana French
The Big Questions: Physics by Michael Brooks
Forgotten Alpha by Joanna Wilson
Our partner