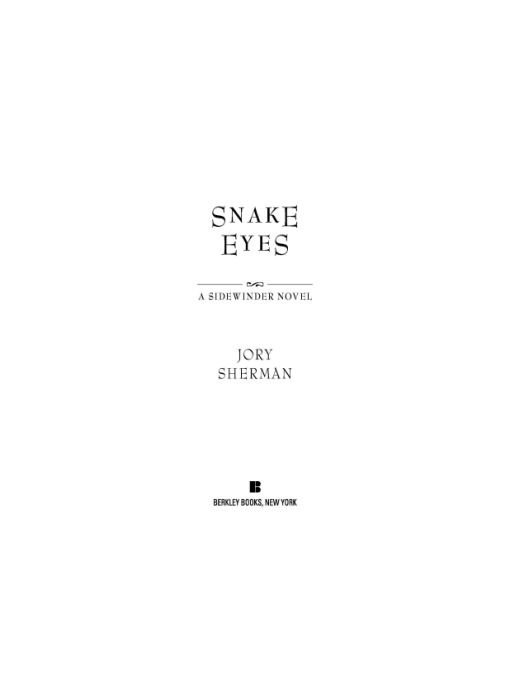 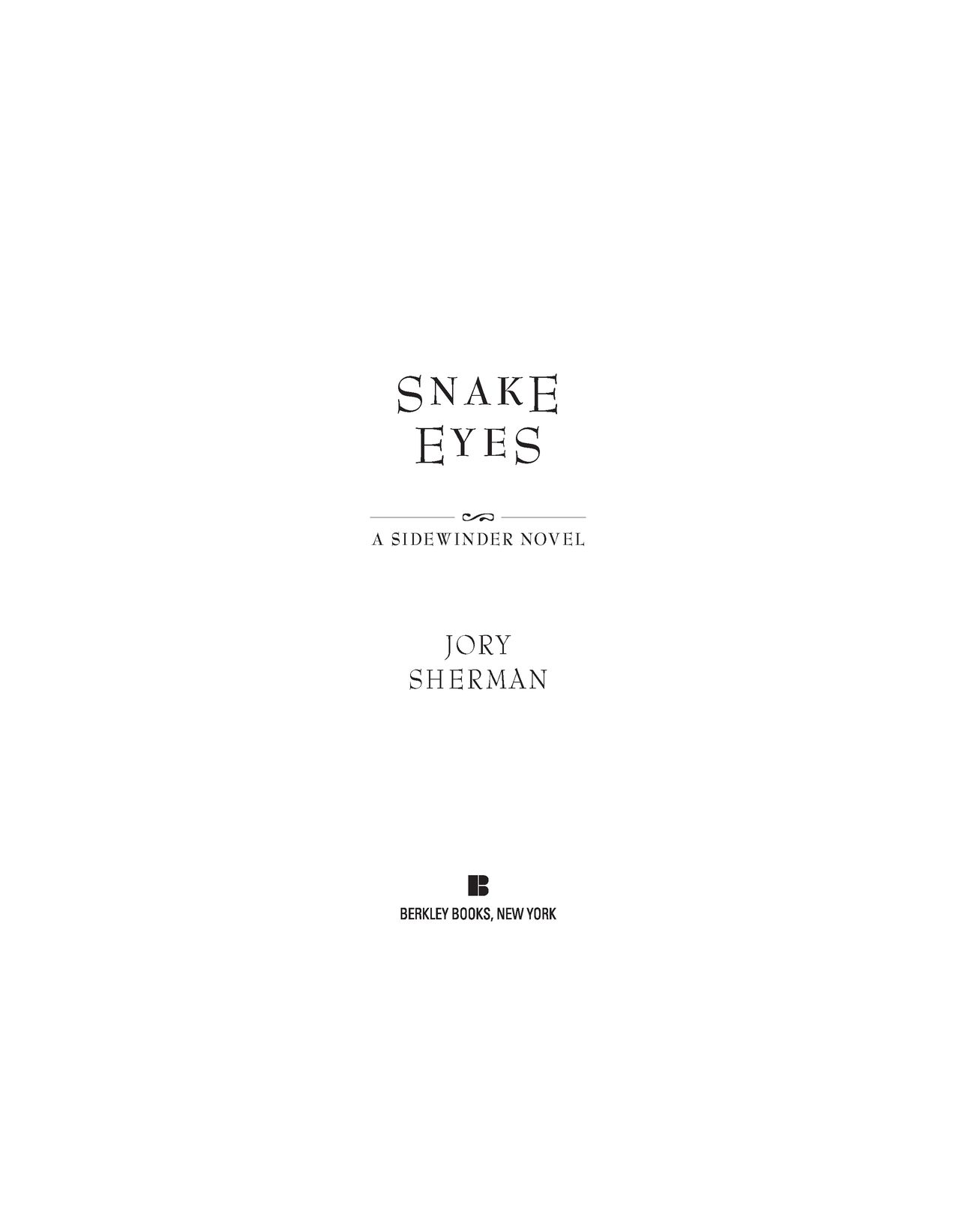 For Michael Miller
ONE

Harry Pendergast, head of the Denver Detective Agency, located in a suite of the Brown Palace Hotel, looked up from the copy of the
Rocky Mountain News
when his secretary, Byron Lomax, entered his office without knocking. Byron was a small, thin man with skeletal features, and the skin on his face was stretched taut over a bony armature that gave him the gaunt look of a man who had missed too many meals.
Pendergast looked up from his paper, a shadow of annoyance on his face. His coffee cup sat in front of him, within easy reach, small streamers of steam edging over its rim.
“What is it, Lomax?” Pendergast said, his eyes floating above his tortoiseshell spectacles where they had slid to a point just behind the tip of his nose.
“Sir, there is a man waiting to see you. He says it is very urgent. He is quite insistent.”
“Everything is urgent, Byron. What's his case?”
“I don't know, sir. He says he will only talk to you. The way he put it was he would only speak to my chief. He has an accent. He might be a Mexican.”
“Well, does he look as if he has money?”
“No, sir. He is wearing a suit, but it appears to be somewhat threadbare.”
“Oh, all right, Byron, let him cool his heels for five minutes, then show him in. Did he tell you his name?”
“He did, sir, butÂ .Â .Â .”
“Never mind. I'll find out about him pretty quick.”
“Yes, sir, you are the detective, after all.”
“Don't smart-mouth me, Lomax.”
“Yes, sir,” Lomax said, and he scurried from Pendergast's office like some furtive animal.
Pendergast lifted off his eyeglasses and set them atop the newspaper. He got out of his chair and stood up, walking to the round window behind his desk. He looked at the distant range of the Rocky Mountains, their peaks mantled in fresh snow, the foothills shining an emerald green in the sun. It was April and the mountain passes would still be blocked with snow, the spring runoff not yet swelling the South Platte, the Cache la Poudre, and the thousands of other streams that fed into the Arkansas and El Rio Grande del Norte.
He looked at Longs Peak. Its massive face was a brilliant white, clear to its base, glistening like some majestic edifice built by some ancient god. Denver basked in the glory of the Rockies, its streets and avenues muddy from rain and filled with morning traffic, buggies, wagons, horses, people dressed warmly against the gusts that bore the frosty chill of spring zephyrs.
Pendergast pulled on his watch fob, dipped it from hisÂ vest pocket. He cracked open the gold case and marked the time of day. He saw that four minutes had passed. He watched the second hand creep around the face and with five seconds left of the five minutes, he closed the lid and dropped the watch back into its pocket. He turned toward the door as it opened.
Byron Lomax ushered in the client and announced in a businesslike tone: “Mr. Pendergast, this is Mr. Garaboxosa to see you.”
“Very well, Lomax,” Pendergast said. “Please close the door.”
Pendergast reached across his desk and held out his hand. Garaboxosa squeezed it so hard the blood vessels contracted and Pendergast winced. The swarthy man's hand was rough with calluses and scars.
“Have a chair, Mr.Â .Â .Â .”
“I am called Garaboxosa. Mikel Garaboxosa. You can call me Mike.”
Pendergast sat down and Mike scooted a chair up to the opposite side of the desk, facing the detective, and plopped into it.
“What can I do for you, Mike?” Pendergast said, assuming an air of informality as he leaned back in his chair. He rubbed a hand over one cheek. His barber had scraped away his muttonchops the day before, and Pendergast was still unused to having a naked face.
“I want to hire you to find an assassin,” Garaboxosa said. “There is a man who murdered my cousin, Eladio Zuniga.”
“Isn't this a matter for the police, Mike?”
Garaboxosa shook his head, flaring his long dark locks that framed a moon face with a chin stippled with a two-day stubble of black-and-white beard. He wore a checkered woolen shirt under an unbuttoned sheepskin-lined leather jacket as well as a faded red cap with loose earflaps. His trousers were wrinkled and stained with dark unknown substances.
“I have been to the police. They will not help me.”
“Why?”
“Ah, you ask the good question, Mr. Pendergast. When I tell them I am a rancher of sheep, they jump away from me as if I had leprosy.”
“You're a sheep rancher, then?”
“Yes, from Wyoming. But we bring our flocks into the high country of Jefferson Territory where they can fatten on the good grass.”
“So, who is the assassin of your cousin? Do you know who killed him? Do you have any proof?”
“I know without knowing, Mr. Pendergast.”
“I'm afraid I don't understand, Mr. Garaboxosa.”
“I did not see the one who murdered poor Eladio, but there was brutality after he was shot in the back.”
“Brutality? On a corpse?” Pendergast picked up his eyeglasses, folded them up, and slipped them into the inside pocket of his coat. He drank more coffee as if to clear his mind.
“When we found Eladio, his head was gone, cut off at the neck. In its place was the head of a sheep. We found the sheep and my cousin's head was stuffed into its neck. It was plain to me who had assassinated my poor cousin.”

Revenge Is Mine by Asia Hill
A World of InTemperance (The Adventures of Ichabod Temperance Book 2) by Ichabod Temperance
The Turtle of Oman by Naomi Shihab Nye
Kristy's Big Day by Ann M. Martin
Floyd & Mikki (Book 2): Zombie Slayers (Dawn of the Living) by Tatner, Joseph
Arts & Entertainments: A Novel by Christopher Beha
Fade the Heat by Colleen Thompson
Spitting Devil by Freeman, Brian
Crying Child by Barbara Michaels
Anarchy (The Stone Legacy Series Book 4) by Dalayne, Theresa
Our partner