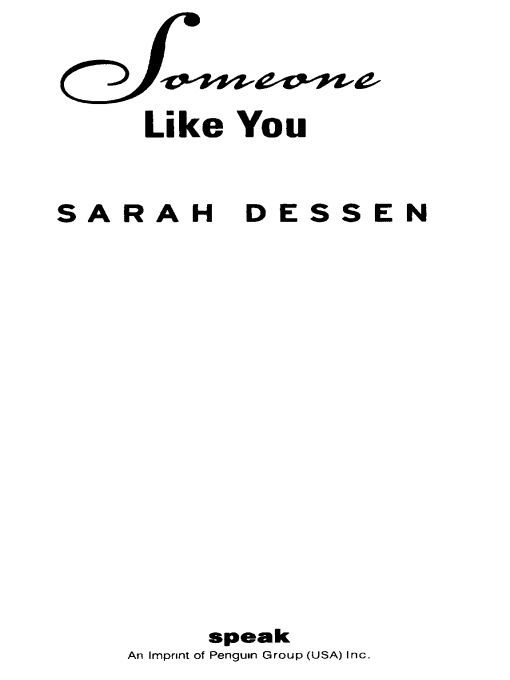 Table of Contents
Title Page
Copyright Page
Â
Part I - THE GRAND CANYON
Chapter One
Chapter Two
Chapter Three
Chapter Four
Â
Part II - SOMEONE LIKE YOU
Chapter Five
Chapter Six
Chapter Seven
Chapter Eight
Chapter Nine
Chapter Ten
Chapter Eleven
Chapter Twelve
Chapter Thirteen
Chapter Fourteen
Chapter Fifteen
Chapter Sixteen
Chapter Seventeen
Â
Part III - GRACE
Chapter Eighteen
Chapter Nineteen
Best friends.
“Scarlett?” I said, there in the dark, and as she turned to me I saw her face was streaked with tears. For a minute, I didn't know what to do. I thought again of that picture tucked in her mirror, of her and Michael just weeks ago, the water so bright and shiny behind them. And I thought of what she had done all the millions of times I'd cried to her, collapsing at even the slightest wounding of my heart or pride.
So I reached over and pulled her to me, wrapping my arms around her, and held my best friend close, returning so many favors all at once....
NOVELS BY SARAH DESSEN
That Summer
Someone Like You
Keeping the Moon
Dreamland
This Lullaby
The Truth About Forever 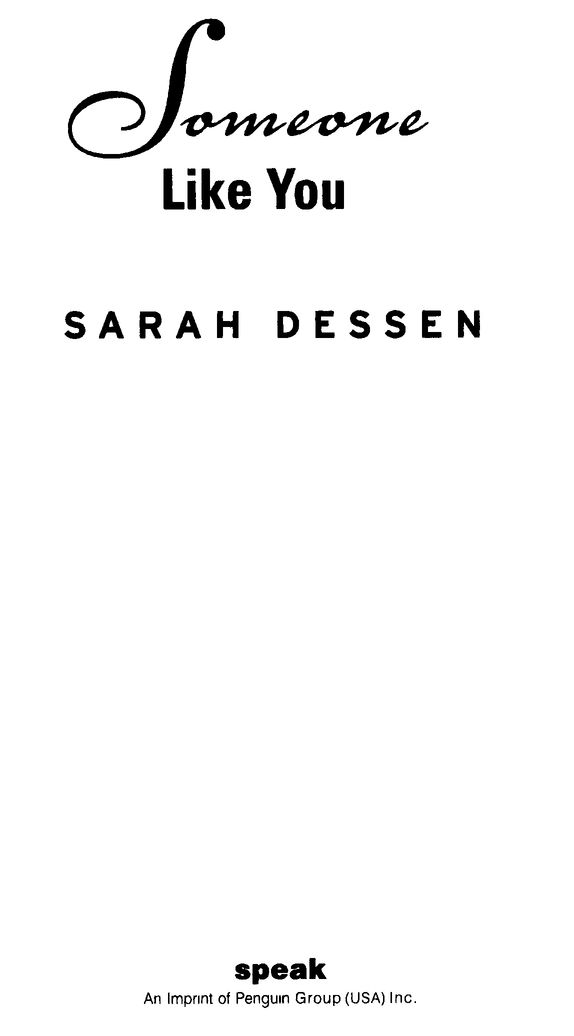