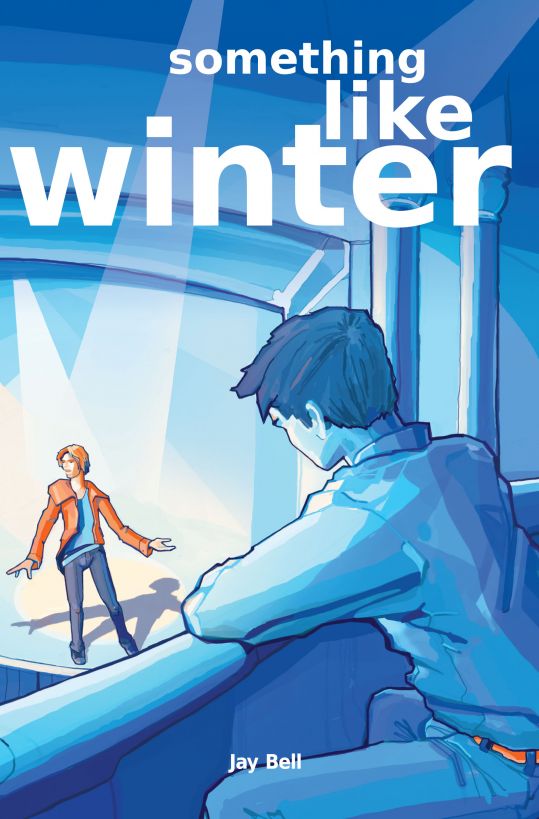 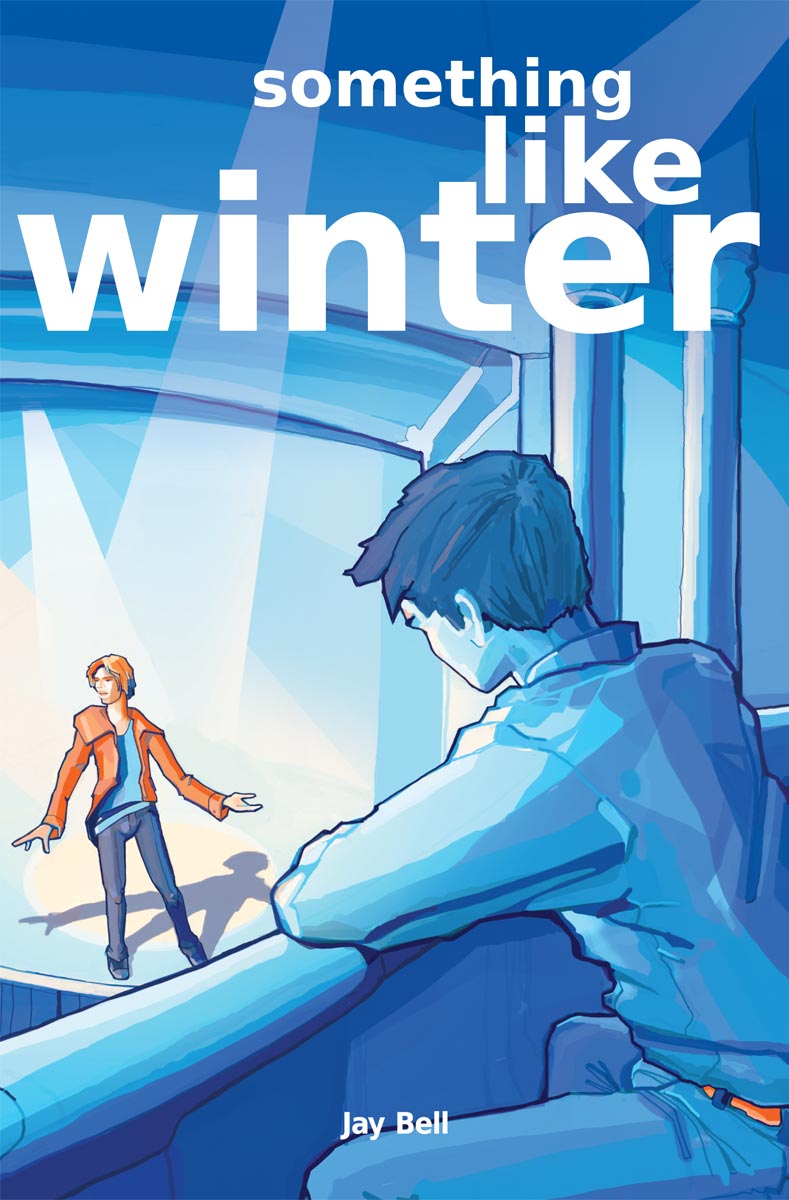 Did you buy this book? If
so, thank you for putting food on our table! Making money as an
independent artist isn’t easy, so your support is greatly
appreciated. Come give me a hug!

Did you pirate this book? If
so, there are a couple of ways you can still help out. If you like
the story, please take the time to leave a nice review somewhere,
such as an online retail store (my preference), or on any blog or
forum. Word of mouth is important for every book, so if you can
recommend this book to friends with more cash to spare, that would
be awesome too!

Published by Jay Bell at Smashwords

ALL RIGHTS RESERVED. This
book may not be reproduced in whole or in part without permission.
This book is a work of fiction and any resemblance to persons,
living or dead, or events is purely coincidental.

My dad had a tattoo on his
arm, one he got while in his Navy days. Beneath a skull, in ink
already faded by the time I was around to see it, his tattoo read
“Born to lose.” As a kid, I had no idea why someone would get a
tattoo like that, and I still don’t. Was it meant to be ironic?
Maybe. He became a very successful man, not that he could have
known. Maybe he was feeling pessimistic that day. Most likely he
was just drunk. Regardless, if I were to get such a tattoo, it
would read “Happy couples are boring.”

So many people asked me to
write a sequel to
Something Like
Summer
, and often I would give the same
answer. Happy couples are boring. And they are. Cozy nights on the
couch, a night out for drinks, a vacation to Paris… *yawn* While
these things might make for a happy life, once written down they
become the equivalent of an adult watching Teletubbies. Sure the
pretty colors and fanciful creatures might draw your attention, but
soon enough you’ll get bored and change the channel.

Bringing Ben and Tim back
for another book would mean dragging them across the coals,
upsetting their lives once again in the name of entertainment. That
sounds a little cruel to me, so I resisted. Luckily, many of you
wonderful readers kept writing me with questions. “What was up with
Tim’s scar? What was he doing all those years away from Ben? What
the hell was Tim thinking when he…” Well, take your pick. This made
me realize there was still a story to be told, and that’s what this
book does.
Something Like Winter
flips the coin on
Something Like Summer
, revealing
events from Tim’s perspective while allowing us to spend new
moments with Ben and Tim that we didn’t get to see before. As for
their future—well, I do meddle there, if only a little bit. I did
warn you. Happy couples are boring, and I refuse to write boring
stories.

This book is dedicated to
all the wonderful readers who opened their hearts to Ben, Tim, and
Jace. Thank you for making them a part of your lives, and thank you
for demanding more.

This is my coming-out
story. No, that’s too simple. This is the story of the man I fell
in love with, the hero who reached out to me all those years ago
and turned my life around. I first met Scott, my husband, at the
company Christmas party. Oddly enough, that party was my first day
at work. The ad agency had lost their top man to a corporate head
hunter and rushed me in mid-December to take his place. I was
scheduled to start the following week, but my new boss insisted I
attend the festivities. That’s where I met Scott.

Forget love at first
sight. My first impression was that I hated the guy. Scott kept
giving me the eye. I thought he was sizing me up, comparing me to
the executive I had replaced. After a few drinks, I felt ornery and
decided to stare back. And that’s when I knew. Maybe I didn’t call
it gay, homosexual, or anything else, but I knew I wanted to be
with him, and from the fire in his eyes, I could tell he wanted the
same thing. I’m not proud to admit it, but the first time I ever
had sex with another man was that night in the—

Tim Wyman shoved the
magazine back on the rack just as his mother came around the
corner. He could already feel his face burning as she looked the
one place he wouldn’t—back at the rack. Luckily he was in the men’s
interest section, which aside from a few gay magazines was mostly
about working out, health, and fashion. Almost all the magazine
covers had shirtless men on them, so it’s not like the gay ones
stood out.

Unless he had put the
magazine back in the wrong place, or left fingerprints on the slick
cover. Shit!

“
Find anything good?” Tim
asked her, successfully drawing her attention away.

Ella Wyman held up two
paperbacks, one thin, the other thick. Both had Spanish titles on
their covers. “Enough to make the trip down a little more bearable.
You?”

“
Okay. Well, I’m going to
the register. Are you coming?”

As soon as her back was
turned, Tim glanced once more toward the magazines. The gay one was
where it was supposed to be, thank god. He glared at the cover
accusingly. The guy on the front was doing the classic “thinker”
pose, his body just as ripped as the famous statue. The thing was,
the model looked so
normal.
That’s exactly what had piqued Tim’s curiosity.
Despite being a gay magazine, the cover model wasn’t feminine,
dressed in leather, decked out in drag, or anything else
outrageous. He was just a guy with an enviable physique.

Tim followed his mom,
browsing through a display of sketch books as they waited in line.
He chose a small one with a plain black cover and slid it on the
counter without having to ask. His mother knew he liked to paint
and assumed this passion extended to drawing as well. In truth, Tim
would probably use the book to write, which he did almost
exclusively in Spanish. He could speak it too, but often felt
self-conscious when doing so.

Once outside the store, Tim
scanned the parking lot, a habit he would be glad to leave behind.
He did this when entering and leaving every location, seeking out
people his age who might attend the same high school—people who
might have heard. With school out for the summer, his chances of
running into someone were high. That’s why the past month had been
spent mostly at home, but now hiding was pointless because today
was the last day.

She fished a keychain out
of her purse, Tim taking it and pushing the button to unlock the
doors. A few minutes later they were cruising down the street
toward I-35, the very interstate that would soon get him the hell
out of Kansas.

“
Oh, twelve, thirteen
hours. Maybe longer depending on how often we stop to eat. It’s
going to be grueling on your father.”

“
I can drive part of it,”
Tim offered, but he knew his father would never accept. Thomas
Wyman wouldn’t let his own wife be anything but a passenger. Maybe
his father found it too emasculating. Not Tim. He just enjoyed
driving and hadn’t had much chance lately while playing
hermit.

Soon his problems would be
left far behind, a thought that had him in high spirits—until they
pulled into the driveway. The garage door was slowly opening,
revealing walls of packed boxes on one side, when Tim noticed her
sitting on the steps.

Tim hit the gas too hard,
the car lurching. His mother made a quick plea to saints in her
native Spanish while he got the car under control, parking in the
garage without further incident. His hands were already clammy with
sweat when he took them off the steering wheel.

“
Carla,” he said
distractedly. The difference was one letter, but
Carly
sounded much too
cute for her now.

Carla was still waiting on
the porch step when he came around the corner, which was so like
her. He should have just gone inside, let her wait there for
eternity instead of coming to her like an obedient puppy. Except
then she might ring the doorbell and talk to his parents, and lord
only knew what she might say to them.

Carla raised her eyebrows
and smiled demurely, cute as a baby doll.

Tim glared back. “What do
you want?”

“
Nothing,” Carla said,
ignoring his gruffness. “I just came to say goodbye.” She stood and
offered a delicate hand.

“
Why? Because we were
together for ten months. Because you were my first, and I’ll never
forget that. And because we love each other.”

“
Carla, you told everyone
that I raped you!”

She shrugged, her fine
features betraying no hint of remorse. “All’s fair in love and
war.”

Right. And Carla won the
war long ago. Almost a year, to be exact. Tim had met her last
summer, swimming with friends at the community pool. Normally Tim
stuck to the pool in his backyard, but one of the girls from school
had recognized him walking by and called him over. Tim, along with
his former best friend Brody, had been happy for the chance to
flirt. A dozen or more girls were there celebrating a birthday.
Their eager faces had been a blur until Tim saw Carla, lithe in a
black bikini that matched her hair.

She knew exactly what to
say to Tim, how to stroke his ego just right to make him want to
give her more. And he had, emotionally and physically, and it had
never been anything but consensual.

“
You still never told me
why,” Carla said. “You owe me that much.”

“
That’s why you came? You
want to know why I dumped you? Fine. Because you’re so fucking
mean.”

Carla shook her head. “I
wasn’t back then. I was always good to you.”

Hardly. The truth was, she
had often demeaned him in front of her friends, like he was a
trophy she kept for bragging rights. At first that wasn’t too big
of a deal. Most of their time together was spent alone, and
in
those
moments
she had been kind. Socially, she would parade him in front of her
friends like a prized pet, which made him feel oddly proud, until
her comments became more critical than praising.

And of course there were
other reasons Tim had left her. Like her brother, who shared the
same dark eyes that were locked on him now, waiting for an
answer.