Read Something Worth Saving Online 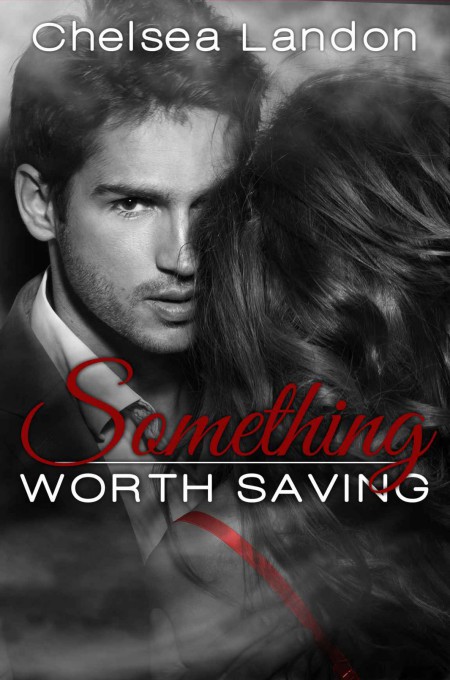 For my girls. You know who you are.

This is my light because of you.

What does love need?

W
HY IS
it that after you have kids, your sex life goes to shit?

Why
?
Tell me. I want to know the truth.

Is it lack of time, or just the tiny little humans in your way?

No. It can’t be that, because if that’s the case, those tiny humans do sleep. Eventually.

If you were to tell me it’s because the passion is gone, I just might punch you in the throat. No lie. I never wanted to think that way.

These thoughts brought me to the one lying beside me, staring at the ceiling. He wasn’t the same in many ways, and I blamed his job, and the way it demanded so much of him. Things were different now in a lot of ways. Which was why I said he wasn’t the same.

We weren’t the same.

I’m sure I’m different too.

Life had a way of doing that to you. What you once enjoyed, maybe you didn’t anymore. What you once trusted in, maybe was slipping away from you faster than you cared to admit.

“How long has it been?” I asked, looking over at the clock to see it was nearly eight in the morning. I needed to get to work before ten. With the Christmas rush starting this coming weekend, my presence at the shop were critical.

Right then we didn’t have much time, and I still had to get the kids dressed and ready to go to my sister’s house.

“I don’t know.” Jace, my boyfriend and baby daddy of the last four years, groaned, the sound slightly muffled from the pillow over his face. “I know it’s been too fucking long.”

Forget about how long it had been. I know what you’re thinking now. We’re not married? Shocker, huh?

Actually, not so much in this day and age. It’s actually fairly common. And it wasn’t by my choice. I assure you of that. It was complicated. That was what I was supposed to say, right?

“It’s been three weeks, buddy.” I reached over and slapped my hand against his bare stomach. He made an
oomph
sound and then chuckled softly. “Three weeks.”

Though he’d made the attempt to remove his shirt when he got home ten minutes ago, he was still wearing jeans. This let me know he was interested in removing the rest, just maybe too tired to do so after working the last twenty-four hours.

“You’re lying.” As he removed the pillow from his face, his brow scrunched as he tried to add up the days mentally. He gave up quickly and frowned. Math was never his strong suit. “What about that time in the shower? Remember, Tuesday?”

“That was three weeks ago.”

Look at us. Two people, kind of naked, in bed, arguing about the last time we had sex, but neither of us making the attempt to
actually
have sex.

It was like the time I pulled a muscle vacuuming and told him I couldn’t give him a blow job because my ass hurt. Seemed like a viable excuse to me. We were good at this. Excuses, that is.

With his eyes on mine, his head dipped, snuggling into the space between my shoulder and my own pillow as he rolled to the side. His left hand went to my hip, squeezing lightly, his fingers dancing around the edge of my panties.

There was something about his eyes that got me. Bright blue outlined by dark shards that spun into their depths as if they were sapphire. They had a gritty set to them that made you want to be more. They made you strive to be half as determined as he was at anything.

Despite being determined, he wasn’t making a move to have sex with me. When I looked over at him again, his eyes were closed, and he appeared to be sleeping.

No way. I needed this.

Grabbing a fistful of his hair, I made him look at me.

He groaned again, his hesitation gone as he opened his eyes and saw my lustful ones. I hated that I had to instigate this.

Whatever happened to the days when I couldn’t keep him off me?

“Jesus.” As he crawled between my legs, his knees created an opening for him. Hovering above me, his lips went to mine, and I went to work on his belt buckle as his hands swept over my body, worshipping my every curve.

Immediately, I was breathing heavily, my cheeks and neck flushed at the thought that we were finally alone, and in bed.

The need was so great, so overwhelming, that it was one of those times when we found ourselves fumbling around, and the only sounds were grunts and groans because we weren’t getting our clothes off fast enough. My T-shirt was gone, and all that remained on him was his jeans, unbuckled, but still on. It was pretty clear by our movements that we were desperate to get the deed done before we were interrupted.

“Fuck . . . ” Jace whispered, a gasping breath against my cheek as his mouth moved along my jaw and to my neck. “Hurry up, baby.” His hips pressed forward, his patience gone. “They’ll be up soon.”

Shit
. Forgot about the little monsters for a moment.

I didn’t know how I could forget about them, but I had. I blamed that on the lack of sex. It fucks with the rationality and memory.

Let me tell you, it’s easy to forget reality when you’re deprived of something that’s vital. And I do mean
vital
. For me it was like trying to quit coffee when you’re addicted. By the end of the day, you understand what a ridiculous goal that was and grab that mocha on the way home from work.

Jace knew this, too, when he huffed and started to remove his jeans before I could. Evidently I wasn’t doing a good job. To be fair, I was struggling with that. Damn belt buckles got me every time.

As I sprawled out before him, his blue eyes took in my body, the one he’d claimed so many times as his. I smiled when he brought his left hand to my cheek and pressed forward. He knew me so well. His touch, familiar yet welcoming.

This image of us right now, the one you have of two people frantically trying to get in the few moments of privacy they are allowed as parents, is one you’ll see in most bedrooms where children are raised and both parents work. Alone time is something that is never scheduled but stolen when the crazy little bundles of energy were asleep.

“Stop thinking,” he whispered, sensing my distraction. He came to rest against my chest as he entered me, both of us groaning as he filled me. “That’s it. No more . . . thinking.”

It was right then that I tried to stop and be there in the moment, but it was hard when our overly curious and insane black lab started scratching and barking at the bathroom door where Jace had barricaded him so we could have sex. If he wasn’t locked in another room, he stared at us the entire time. It was unnerving.

Gripping Jace’s shoulders, I looked over his right one at the door to the bathroom to make sure that asshole of a dog stayed put. Just when I thought maybe we might make it before he started in with the barking, he began to howl, and then bark.

Little bastard had the worst timing.

“Damn it,” I muttered, shaking my head and turning into Jace’s chest. The warmth of his body, the smell of his deodorant, consumed me, bringing me back to our moment. We were alone, one of the very few alone times we got, and my boy was moving above me.

The thing was, Jace knew my body like no one else, which meant he knew when I was getting frustrated, too.

My legs fell from around his waist when Smokey’s howling reached an all-time high and he began his obsessive jumping as though he was going to come through the door at any minute . . . or destroy the bathroom. Both of which he’s done before. Many times.

“Don’t you dare stop, Aubrey. Don’t you fucking stop right now.” Jace’s breath caught in his throat as he continued to move in and out of me. His eyes fluttered closed as his hands held me in place. “We
need
this.”

“Don’t you think I know that?” I sighed, and my hands went from his shoulders to his chest, pushing back, only to have him rock against me. He wasn’t having it, though, and shifted his weight, pushing my arms against the mattress, his pace picking up, and goddamn if it didn’t feel so right, so complete.

It was the kind of sex that made you feel all warm and tingling. You know — the kind where even the slightest movement can make you come because it’s literally been so fucking long since you’ve had any stimulation down there. All that aside, I heard Gracie padding down the hallway. Thank goodness Jace had locked the bedroom door.

As much as I wanted him to continue, there were so many problems with this situation.

As in most situations, when Jace Kenneth Ryan had something in his head — a mission like this — there was no stopping him.