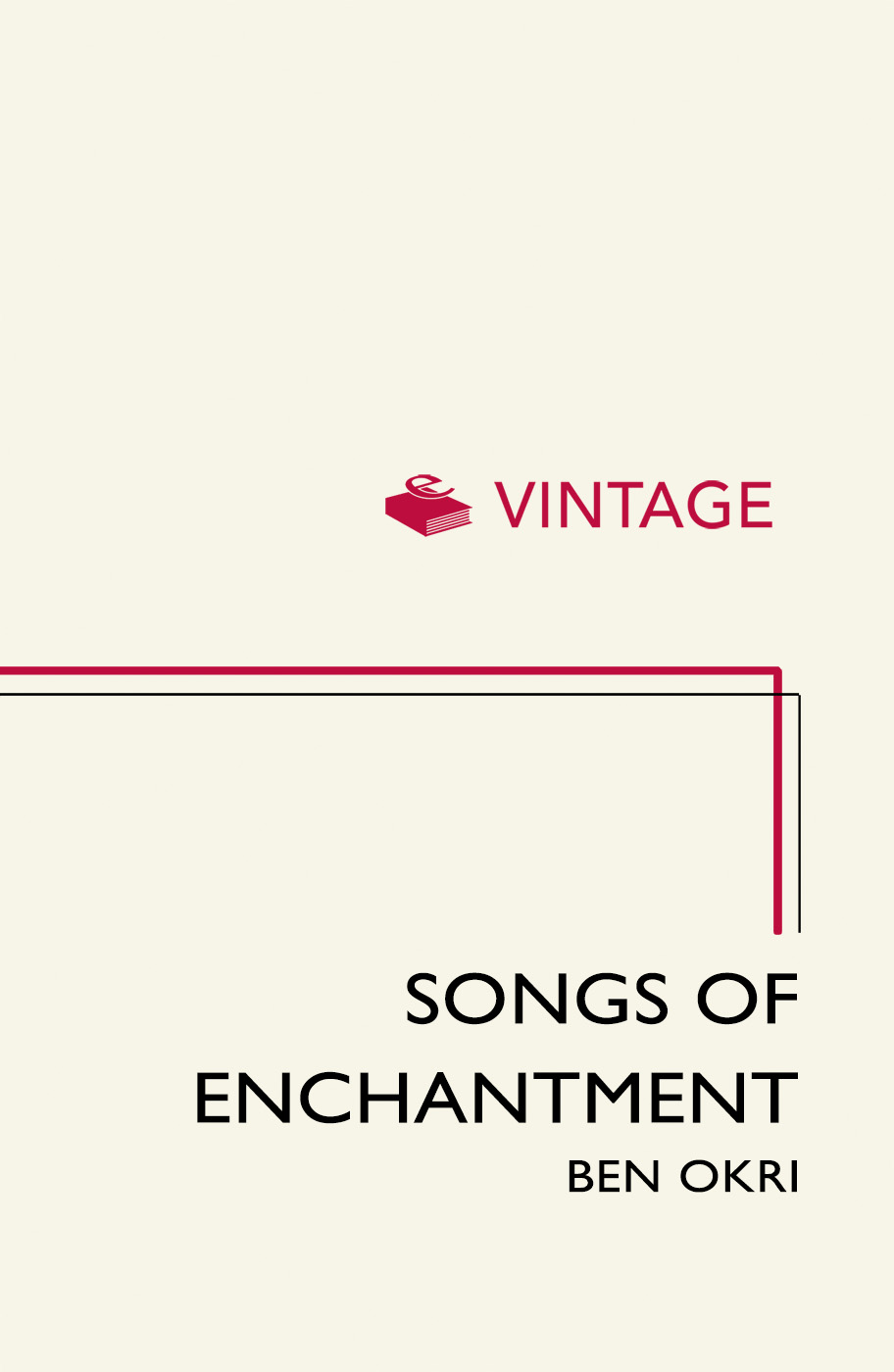 1 What We Didn’t See

3 Dad and the Luminous Demon

7 If You Look Too Deeply Everything Breaks Your Heart

8 Parable of the Peacock

9 The Conquest of Death

10 You Must Also Learn How to Fail

11 The Quest for Madame Koto

1 The Invasion by the Future

2 Of Signs and White Antelopes

3 The Invention of Death

4 The Precious Stones of Sleep

5 Riddle of the White Antelopes

7 The Serenity of the Foreseen

12 Laughter in the Kingdom

14 Dialogue with the White Horse

17 Night of the Political Magicians

18 The Invention of Chaos

19 Mystery of the Butterflies

20 Fragments of the Original Way

22 The Generosity of Sorcerers

25 The Music of Forgetfulness

26 The Masquerade Becomes an Invisible Censor

27 The Snake and the Shrine

28 Dark Stream of a Hidden Life

29 The Secret Truth in Hallucinations

2 The Battle of Mythologies

4 City of the Blind

5 The Secret Agony of Tygers

6 A Plague of Blindness

7 The Light of the Dead

10 The Perverse Justice of the Poor

11 Into the Dead Man’s Dream

12 Manifestations of the Hidden

3 Astonishing Lives in the Mirror

4 To See Anew Is Not Enough – We Must Also Create

Ben Okri has published many books, including
The Famished Road
, which won the Booker Prize in 1991,
Songs of Enchantment, Astonishing the Gods
and
Dangerous Love
. He has also published two books of poems,
Mental Fight
and
An African Elegy
, and a collection of non-fiction,
A Way of Being Free
. His most recent novel is
In Arcadia
, published in 2002. He has been a Fellow Commoner in Creative Arts at Trinity College, Cambridge, and is a Fellow of the Royal Society of Literature. In 2000 he was awarded an OBE for services to literature.

Ben Okri’s books have won several awards, including the Commonwealth Writers Prize for Africa, the
Paris Review
Aga Khan Prize for Fiction, the Chianti Rufino-Antico Fattore International Literary Prize and the Premio Grinanze Cavour. He is a vice-president of the English Centre of International PEN and was presented with a Crystal Award for outstanding contribution to the arts and to cross-cultural understanding by the World Economic Forum. In addition, he has been awarded Honorary Doctorates by the University of Westminster and the University of Essex. Ben Okri was born in Minna, Nigeria, and lives in London.

Incidents at the Shrine

Stars of the New Curfew

A Way of Being Free

‘
felix, qui potuit rerum cognoscere causas
’
Blessed are those who know the causes of things

W
E
DIDN’T SEE
the seven mountains ahead of us. We didn’t see how they are always ahead, always calling us, always reminding us that there are more things to be done, dreams to be realised, joys to be rediscovered, promises made before birth to be fulfilled, beauty to be incarnated, and love embodied.

We didn’t notice how they hinted that nothing is ever finished, that struggles are never truly concluded, that sometimes we have to re-dream our lives, and that life can always be used to create more light.

We didn’t see the mountains ahead and so we didn’t sense the upheavals to come, upheavals that were in fact already in our midst, waiting to burst into flames. We didn’t see the chaos growing; and when its advancing waves found us we were unprepared for its feverish narratives and wild manifestations. We were unprepared for an era twisted out of natural proportions, unprepared when our road began to speak in the bizarre languages of violence and transformations. The world broke up into unimaginable forms, and only the circling spirits of the age saw what was happening with any clarity.

This is the song of a circling spirit. This is a story for all of us who never see the seven mountains of our secret destiny, who never see that beyond the chaos there can always be a new sunlight.

Y
ES, THE SPIRIT-CHILD
is an unwilling adventurer into chaos and sunlight, into the dreams of the living and the dead. But after dad’s last fight, after his magnificent dream, my adventures got deeper and stranger. My spirit-companions were the invisible causes of this deepening. They persisted in trying to lure me back to their realm, but now they chose another method, a method more terrifying than any they had employed before. They chose to draw me deeper into the horrors of existence as a way of forcing me to recoil from life. But they didn’t count on the love that made me want to stay on this earth. They didn’t count on my curiosity either.

It took dad a long time to recover from his mythic battle with the man from the Land of Fighting Ghosts. He became withdrawn, and something about him changed irrevocably. After dad’s fight, and after the good wind stopped blowing, a new cycle launched itself into our universe.

In those days it didn’t rain, but I didn’t go to school any more. I stopped because even at school my spirit-companions tormented me. Their songs distracted and confused me, and when I copied down the wrong things I got into trouble. There was a history class, for example, in which the teacher was horrified to find my exercise book covered in complex mathematical equations. I didn’t know where they had come from. When we were being taught mathematics under a dying silk-cotton tree the face of a penitent oppressor of our people
stared at me from the trunk. On one day I saw the radiant face of Pharaoh Akhnaton, on another the faces of the unborn. When I stared at them, mesmerised, the teacher flogged me for not paying attention. In the English class my spirit-companions sang polyphonic chorales at me in a blending of seven traditional languages. It became impossible to concentrate. There were even times when the spirits whispered things in my ears and I blurted out what the teacher was going to say moments before he did. The worst thing was that I seemed to know our examination questions before they were set, and I knew the answers as well. The teachers found this very peculiar. Suspicious of the accuracy of my answers, they often failed me because they thought I had been cheating.

In short, my spirit-companions played havoc with my education. They made me seem strange to the other children, and so I didn’t have many friends. There was only Ade, but he was succumbing to the world of spirits. His epileptic spells were luring him away from life. I was often lonely. And my spirit-companions used my loneliness to invade my life in new ways. They expanded my being and filled me with mysterious spaces. They insinuated themselves into my vision. In the midst of my new solitude, and particularly at night when I was asleep, they frequently read to me from invisible books of history, science, philosophy, musicology and geography. They poured all manner of arcane knowledge into my head. They filled me to bursting with spirit books of literature, archaeology, quantum physics and advanced lessons in counterpoint and chiaroscuro long before I could even read. They filled me with images of Zimbabwean rock paintings and Nordic gods, with Luo proverbs, Ashante songs, and Byzantine melodies, with Zulu epics and stories of ancient, forgotten heroes. All this made me babble out the strangest things and made my teachers hate me. Tired of being singled out for merciless whipping, I took to sneaking from class and wandering through the ghetto.

Yes, those relentless spirit-companions of mine poured into me the prophecies of Nostradamus and the wild visions of African mystics and the theories of Pythagoras and hundreds of useless facts. Meanwhile I walked barefoot in a world breaking down under the force of hunger. Meanwhile I staggered beneath the demonic smile of the yellow sun which sets bushes and newspapers alight.

T
HEN
ONE MORNING,
more golden than yellow, my wandering found a focus. I went outside to our housefront and saw that the beggars had gone. They had come uninvited to the party dad threw to celebrate his great victory, and he absorbed them into his mythology and set himself up as their champion. He promised to build them a school. But we had been so concerned with dad’s recovery that we stopped noticing the beggars, and forgot their special place in dad’s political vision. And because we forgot them, they turned against us. Dad had great plans for them. Now they had disappeared. It was with some anxiety that I looked for them everywhere.

I scoured the street and asked everyone I met. I went to Madame Koto’s barfront. I searched for them along the edges of the forest, where they scavenged for food and slept in unfinished houses, but I simply couldn’t find them.

Late in the afternoon when dad returned from work, reeking of the bags of fish he had been carrying on his head all day, I told him that the beggars had gone.

‘Gone?’ he asked incredulously. ‘How can they go? I’m going to build them a school. I’ve even started asking about the cost of a plot of land. They haven’t really gone, have they?’

Stinking of fish, his forehead glistening with iridescent
scales, his boots thick with mud, he bustled out into the street and went looking for the beggars. He didn’t even stop to change from his work clothes. I hurried out with him. Great energies swirled around dad. His spirit was fiery. He walked with enormous strides and I tried to keep up with him as he erupted into a torrent of fantastical ideas and schemes. He was going to build a unique school for beggars. He was going to supervise the education of all poor and illiterate people. He said they needed education the most.