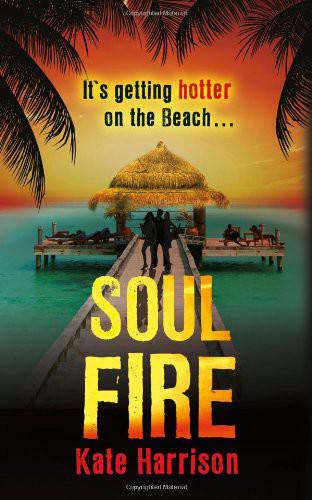 To Rich, my Barcelona beach buddy

Another death is coming, I can feel it.

It wasn’t
murder.
I was protecting her from the others, the ones who wanted to exploit her face, her name, her soul.

Yet the news headlines talked of slaughter. No! She left the world so gently, under that feather pillow. I made sure of that.

Those unjust stories make me burn with rage, though I try to stay calm. Alice calms me. She is every bit as radiant as her elder sister, but unlike Meggie, Alice doesn’t see how special
she is. Which, of course, makes her even more precious.

But her obsession with truth endangers us both. An innocent like Alice doesn’t realise that in this ugly world, there are a billion versions of the truth. If she cannot accept my
version, then another death is inevitable.

Happiness is simple. All you need are the people you love.

After Meggie died, I thought I’d never be happy again. Yet here I am on the Beach, where life is absolute heaven. I can hear my sister humming softly as she draws patterns in the sand. I
feel the warmth of the sun on my skin, and the touch of Danny’s body against mine, and the sway of the hammock as the sea breeze rocks us.

How many people get a second chance like this?

‘Are you daydreaming again, Alice?’

I hesitate before I open my eyes, because there’s always the fear that one day this could all disappear.

But Danny’s still there, his face so close to mine that I can’t decide whether to touch him or just admire him: eyes as green as a tropical lagoon, blond hair that’s curly
after swimming (he hates that, I love it), lips that fit mine so well it’d be a crime not to kiss them again . . .

‘Why would I need to daydream?’ I whisper. ‘Everything I want is within reach.’ And to prove it, I reach out to take his hand.

‘Right answer.’ He leans in to kiss me.

‘Come on! Guys! Can you not leave each other alone for a minute? I will have to throw a bucket of water over you, like they do with dogs!’

Javier is the grit in the pearl of paradise: sarcastic, occasionally cruel. But I can’t imagine Soul Beach without him. Every group needs a comedian. Some of his jokes are on the dark
side, but he
is
dead. That could give anyone a strange sense of humour.

Danny and I smile at each other. Maybe we should make an effort to be more sociable.

We whisper, ‘Three, two, one . . .’ then tumble out of the hammock onto the soft bed of pillows below. However hard we try to do it gracefully, it never works. Maybe it’s
because we can’t resist hanging onto each other till the last possible moment.

‘Such elegance!’ Javier scoffs, and my sister giggles. Beach life seems to suit her more and more. Her hair is blonder, her million-dollar smile now worth at least a billion. When
she was alive, the TV production people kept telling her to lose weight – ‘the camera adds five kilos and the audience only votes for thin girls’ – but now she’s happy
in herself and has the perfect figure again.

She laughs. ‘I’m inspired by how beautiful the Beach is now, thanks to a certain Very Important Person.’

I blush. When I first arrived here, it was beautiful but barren. There were no exotic flowers springing up from the sand, no jewelled birds swooping across the blue sky, or diving towards the
ocean where metallic fish ripple through the warm water.

Then I helped a desperate girl called Triti to escape, and the Beach became more bewitching for those left behind – almost like I’d unlocked a new level of experiences by doing the
right thing.

And since then . . . I can’t get used to the hushed tones the Guests on Soul Beach use when they talk about me. Especially not the way
Meggie
talks about me. When she was alive, she
was the star: the prettier, smarter, more talented sister.

But now I’m the one who stands out. Everyone wants a Visitor, but I’m the only one anyone can remember. In my real life, I’m just sixteen. I can’t even drive.

Here, I can change lives – and afterlives, too. Sure, the Beach seems like paradise, but there’s no way out. Unless I can solve the mystery of a Guest’s death, as I did with
Triti.
Then
they can find peace. Or at least, disappear. No one knows where they go.

It’s my sister’s death that brought me here, of course. Her killer’s still out there, and finding who murdered Meggie is my top priority. Even though if I do that, I’m
terrified I might lose her for good, and the Beach too.

‘You’re the best, Alice Florence Forster. You know that?’ Meggie says. ‘Don’t you dare leave me, right? Not ever?’

I smile at her, but I don’t say anything, because I can’t promise her that, and she knows I can’t. Anything could happen.

Out in the bay, some Guests are wading out to neck height, catching fish. There’s talk of barbecuing the catch later, when the sun’s gone down. I’ll probably leave, then,
because the one thing I can’t do here is taste. Sometimes I forget, and reach out for a slice of mango, or an ice-cold beer, and as I raise it to my lips, it tastes of ashes . . .

Or worse, of nothing. And that breaks the spell of the Beach, and brings me back to earth in my dingy bedroom, where I’m hunched over my laptop. And that starts the doubts off again: is
soulbeach.org a hoax, or even some kind of mirage I’ve invented because I can’t bear the thought of Meggie being dead?

But her hugs and Danny’s kisses and even Javier’s insults seem so much more real than homework, chores and bitter April gales.

But then I realise I
must
have been, because something’s changed. Meggie and Javier have disappeared, and the Guests are rushing towards the water’s edge and in the far
distance there’s a single figure, the head only just above the waves.

The swimmer seems to be struggling, even though it’s impossible to drown off Soul Beach. You can’t die twice.

I turn towards him. ‘A new Guest?’

He tries to smile. ‘Must be. Poor bastard. This is how we all arrive, as a castaway. I still remember washing up here, coughing, blinking. None of it made sense. Where was I? Was I alive?
Who were all these people?’ He shivers, then stands up. ‘Come on. You want to understand the Beach? Then you’d better see how it all begins.’

The walk towards the water’s edge takes effort, our feet sinking into the hot, dry sand. Ahead of us, more Guests than I’ve ever seen appear from nowhere. A
hundred, maybe more. The chatter gets louder
, shriller
.

‘Is that all you girls ever think about?’ Javier’s voice rises above the hubbub. ‘The guy’s just died. He’s about to discover the so-called gift of eternal
life. Show some humanity, please.’ It
is
a man, tripping and staggering as the waves sweep him ashore. He struggles to stay upright, arms held up, reaching out for something or someone
to steady him.

My lungs won’t work. I gasp for air but nothing comes. I feel his
terror
. His breathlessness. The sensation of Danny’s hand gripping mine becomes more distant, and I’m
floating above everyone and everything.

Danny’s voice is so far away, soft above the uglier sound of Guests gossiping.

‘
Where do you think he’s from? He has auburn hair. Quite Celtic looking.’

‘
Ugh, but he’s too short. When are they going to send someone taller? Plus, he’s a mess.’

I lean against Danny. My vision is blurred, my breath short. ‘I’m . . . OK. But this feels so intrusive.’

No one else seems to care. I’m shivering. What’s that phrase? It’s like someone walking over my grave. Even though I’m the only one on the Beach who doesn’t
have
a grave.

Danny nods towards the bar, which is deserted. ‘Now could be a good time for a drink.’

I’m about to agree when something makes me stop.

‘Where’s my sister? We should find her first.’

I scan the faces, looking for Meggie. I hate the idea that she’s alone in the crowd. In spite of the fierce sunshine and the azure sky, the Beach feels a dark, raw place right now.

Then I see her. She’s almost at the water’s edge, her long hair blowing in the breeze. I’m about to call out to her, beg her to stay away because it’s bound to remind her
of her own first hours on the Beach . . .

But then I see
him
and I can’t call out. Can’t even breathe.

My eyes lock onto the shipwrecked man.

But even as my mind fights it, my heart knows it
is
him. Red-gold curls, freckles, that bewildered expression. It’s a face I haven’t seen for eleven months, yet I could draw
it from memory.

The first – the only – boy my sister’s ever fallen in love with.

And the chief suspect in her murder.

Random thoughts fire as fast as bullets from a machine gun.

Tim is on the Beach.

Everyone on the Beach is dead.

But everyone says I’m the only Visitor to show up in a very long time . . .

Tim’s eyes are wide with panic.

If Tim’s not a visitor, he must be dead.

A tightness spreads from my chest up to my throat, as though I’m being choked. Danny is frowning at me.

I want to tell him everything: how Tim was the love of Meggie’s life.
And
the police’s number one suspect. How in my last phone conversation with him, Tim promised me he
didn’t kill her. Told me his own life meant nothing with her gone.

But I daren’t say any of it. As a Visitor I must watch every word. Nothing can upset a Guest, or remind them of how they came to be on the Beach. Breakthat rule, and I’ll be banned
forever from the site.

I made that mistake once, when I’d just found this place: I dared to ask my sister who she thought might have murdered her. The Beach disappeared before she could answer, and with it, all
my hopes. I was only allowed back because I was new, and unfamiliar with the rules. Second time round, there’d be no mercy.