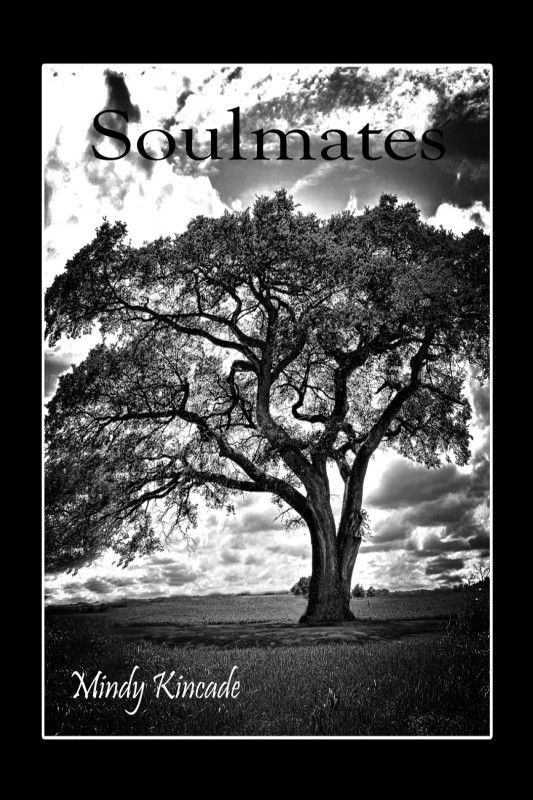 To order photographs from the book, visit
www.mindykincade.com

The author is hereby established as the sole holder of the copyright. Either the publisher (eLectio Publishing) or author may enforce copyrights to the fullest extent.

This is a work of fiction. All characters and events portrayed in this book are fabricated. Any similarity to real persons, living or dead, is purely coincidental and not intended by the author.

This eBook is licensed for your personal enjoyment only. This eBook may not be resold, reproduced or transmitted by any means in any form or given away to other people without specific permission from the author and/or publisher. If you would like to share this book with another person, please purchase an additional copy for each person you share it with. If you are reading this book and did not purchase it, or it was not purchased for your use only, please return it to your eBook retailer and purchase your own copy. Thank you for respecting the hard work of this author.

eLectio Publishing wishes to thank the following people who helped make these publications possible through their generous contributions:

Other titles from eLectio Publishing:

Tales of the Taylor: Songs that Changed
the World by Ethan D. Bryan

Learning to Give in a Getting World
by Marcus R. Farnell, Jr. and Jesse S. Greever

At the Back of His Mind
by T. Marcus Christian

The Wall & Beyond
by Joanna Kurowska

The Advent of the Messiah: Finding Peace, Love, Joy, and Hope in a Modern World
by Tony Turner

More From Life: 99 Truths to Understand and Live By
by Christopher C. Dixon

Living to Give in a Getting World
by Marcus R. Farnell, Jr. and Jesse S. Greever

The Sons of Hull: Book One of the Advocate Trilogy
by Lindsey Scholl

Absolute Positivity: An Inspirational Story of Positivity, Prayer, and People
by Karl B. Sanger

Striking Out ALS: A Hero’s Tale
by Ethan D. Bryan

“Destiny does some crazy things. It makes you go down certain paths in which you meet with certain people and have life-changing experiences. I
loved
this book!”

“Mindy Kincade is an amazing, creative author…I was blown away by the journey she took me on. It is a beautiful love story full of mystical fantasy that I could not put down. I can’t wait for the next book.”

To my wonderful family. Thank you for all of your support and patience.

Thank you to all of my friends who believed in this project and encouraged me along the way.

Thank you to one of my closest friends, Emily Warner. Her creative talents helped to tell this story.

Thank you to my editor, Courtney McRoberts for making this a better book than it started.

Thank you to Corby Sousley, Danielle Gibson, and Robert Adams for their musical contributions
.
This project has been an adventure and I’m so glad my friends came along with me on this trip. 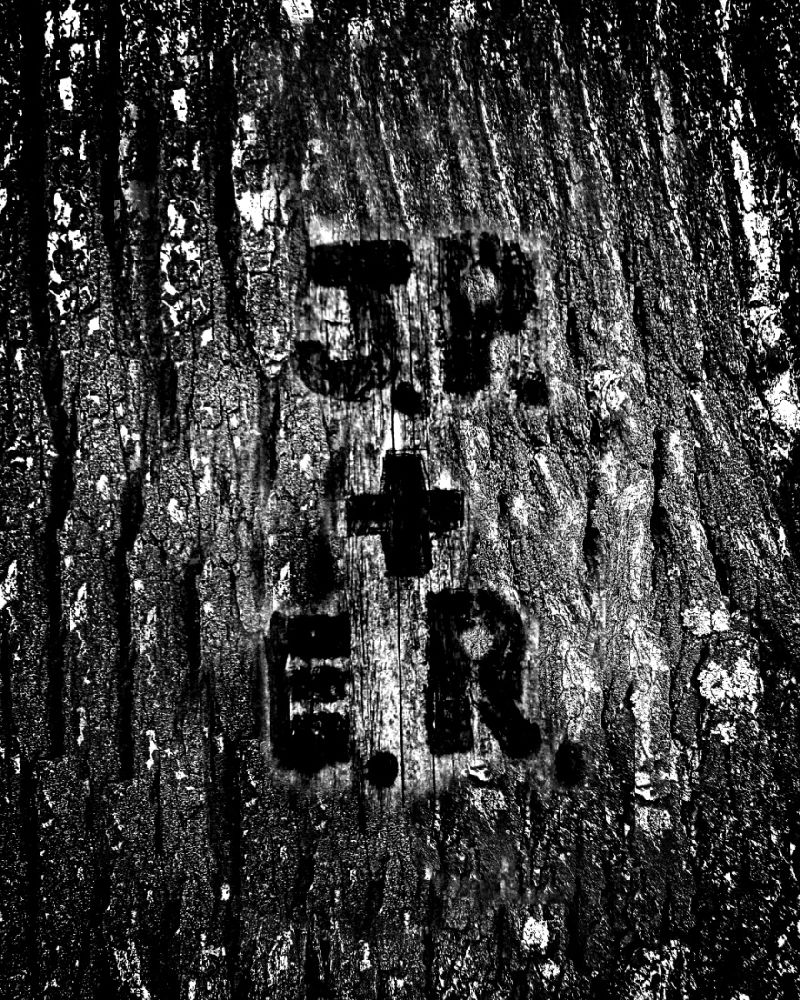 Terror coursed through Presley’s body as she ran through the dark forest. She sensed an unknown force following closely behind her. As Presley ran, she squinted to see a young girl. The girl was waving her arms emphatically for Presley to follow her. With a black crow leading the way, Presley tried to catch up with the girl, instinctively knowing she could keep her safe. A strong wind blew and thunder roared across the sky as Presley dodged the oncoming trees and branches that stood between her and the mysterious girl. The closer Presley got to the girl, the further away she appeared. Presley fell to the ground, her heart racing; she looked up and saw mystifying girl hide herself behind a tree. The girl screamed, “Presley! Get up! Get up!”

Presley woke to the sound of a blaring alarm clock. She sat straight up in bed and struggled to catch her breath.

“Not again,” she mumbled. She took off her sweat soaked t-shirt and threw it to the floor. “It’s only a dream,” she breathlessly reminded herself as she had done many times before. She leaned over her nightstand to turn off the alarm and noticed that she was going to be late for school once again. As she jumped out of bed and ran into the bathroom, she glanced into her mother’s room. She saw that her mom wasn’t in bed which meant that she had stayed at her boyfriend’s house—again, or was still out partying from the night before.

Presley Dae was a beautiful girl, though she never saw it. She had long wavy brown hair and bright blue eyes, was above average in height, and had a very spiritual soul. She didn’t try to keep up with all of the fashion trends. She thought they were all overrated. She dressed in an inventive fashion, choosing clothing that was reflective of her mood instead of what was in style. She didn’t drink or use drugs to deal with her depressing conflicted life. Instead she expressed her feelings and emotions through lyrics. She was a song writer and though extremely talented she didn’t share her gift with others. Her music was for her only. Her music was an escape; it had become, subconsciously therapeutic.

Presley took a quick shower and hurriedly dressed for school. She decided on an old pair of naturally distressed jeans and a secondhand, simple white lace top. The shirt had small embroidered flowers entwined into the material. It hugged her in a flattering way around her waist. Her favorite shoes were an old pair of used combat boots which she had recently picked up, once again, after being re-sewn at the local bootery. She ran her fingers through her long brown hair, and then quickly applied a few strokes of mascara and lip gloss before rushing off to school.

Shortly after the last bell sounded students flooded the hallway. There were only a couple of weeks left of school and the excitement of the year drawing to an end was apparent by the elevated energy level in the building. Presley weaved in and out of the crowds of students. Some were standing and talking to friends, while others were making a mad dash to the exit. It was finally Friday. Presley stopped at her locker to put her books away and to retrieve her song book.

“Hey Presley! Are we still on for tonight?” Tyler asked as he stood behind her. With a smile on her face, she turned to her boyfriend as he was admiring his reflection in her locker mirror.

“Yeah, we’re still on,” she said. Presley had been seeing Tyler for almost six months. All of the girls in school wanted to date him, so she felt lucky to have such a popular boyfriend. She had heard rumors that he had been seen with other girls while they were dating, but Tyler always had a manipulating way of convincing her otherwise. He reassured her daily that he only wanted to be with her and she wanted to believe him. Presley took her song book out of her locker and placed it in her back pocket.

“So, what do you want to do tonight?” Presley asked enthusiastically.

“Ryan and I have something planned,” Tyler replied with a smirk.

“Ryan?” she repeated a bit confused.

“Yeah,” he said, “I talked to Samantha and Ryan, and they want to go out with us tonight. Is that all right?”

Tyler Lee was extremely charming, charismatic, and fun. He was known for his fast cars and motorcycles. He was also known for being a serial dater, and never stayed with one girl for too long. His hair was blond and cut short, and he was tall and nicely built. Tyler had always dated popular good looking girls, the cheerleader type—that is until he began dating Presley Dae. Presley had a crush on him all throughout middle school, but since Tyler was a year older, she thought he’d never notice her, let alone date her. They ran with opposite crowds. He hung out with the football players and cheerleaders, and Presley’s group was more a mixture of outcasts. Tyler introduced himself to Presley in study hall earlier in the year. She fell fast for the alluring Tyler Lee.

“Alright then. What are the plans?” Presley inquisitively asked.

“It’s a surprise,” Tyler smirked as he kissed Presley on the cheek. “I’ll pick you up around seven,” he said as he strutted off down the hall giving high fives to several of his fellow football teammates.

“Great, another night with Sam and Ryan,” Presley mumbled. Presley was a little disappointed because she wanted to spend as much time alone with Tyler as possible. She wanted to get closer to him. She wanted to know him better. Tyler was the life of the party and he seemed to enjoy being the center of attention.

She had learned not to get overly excited about their dates. There had been many nights that Tyler had stood her up. She had spent those nights waiting up for him for hours hoping that he’d show up at her house. Presley overlooked Tyler’s flaws even though at times he really hurt her.

As she was walking through the halls, she noticed the typical glares and stares that she had grown accustomed to since dating Tyler. These girls hadn’t really ever talked to or acknowledged Presley’s existence-until she and Tyler started dating. They hated her. They made that clear. Presley never really wanted to be in a clique; belonging to a group was never important to her.

Presley thought,
These girls don’t have a brain between them, let alone an original
thought
. She went out the door to the parking lot. As Presley walked to her car she noticed one of the cheerleaders, Mary, staring at her intensely.

“Presley! Going out with Tyler tonight?” Mary asked with her usual sweet fake tone. Presley looked at her and shook her head, trying her best to ignore her.