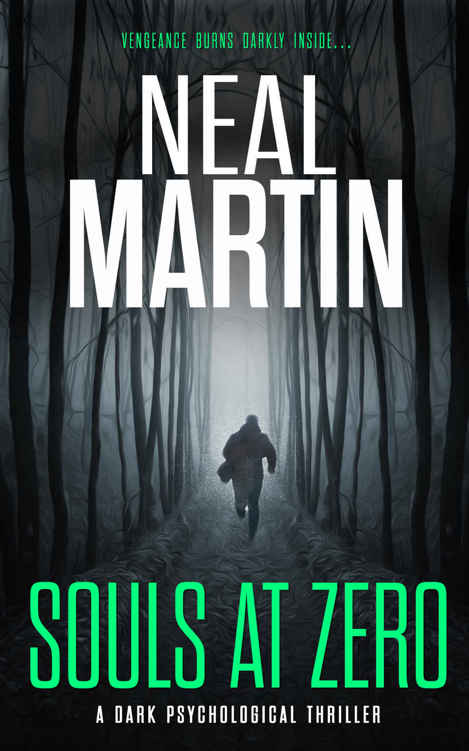 This book is a work of fiction. Names, characters, places, and incidents either are products of the author's imagination or are used fictitiously. Any resemblance to actual persons, living or dead, events, or locales is entirely coincidental
.

To Wendy and Breanna.

They came just after midnight, as Edger sat in the darkness of the old man's living room. He heard them outside, in the back alley, laughing and joking amongst themselves like they were arriving for a party instead of a break-in.

Edger sat forward on a worn out armchair, his chest tightening with anticipation. It looked like the old man's source had been right. The house was next on the gang's list, having already done over three other houses in the street this past week, hospitalising an old woman in their last break-in, after they set upon her with fists and steel batons.

Resting against the armchair was a PR-24 Tactical Baton. Grabbing the handle on the baton, so the length of it rested against his arm, Edger stood up and went out to the hallway at the bottom of the stairs, so he could see into the small kitchen beyond. Shadows appeared through the glass of the back door window. Barely hushed voices continued to laugh and baulk at each other.

There was movement upstairs, and Edger looked up to the see the stooped shadow of Peter McCrory standing on the landing at the top of the stairs. "Harry?" the old man croaked. "Is that you?"

"It's me, Peter," Edger assured him. "Go back to your bedroom until I tell you it's safe."

The old man stood for a moment, before he shuffled across the landing back to his bedroom, shutting the door quietly behind him.

Edger stepped forward into the kitchen doorway, just as a flashlight beam shone through the glass of the back door, probing into the gloom of the kitchen. The shrill laughter continued. It sounded like they were all drunk, or on something.

"Keep it down, for fucks sake," the hulking outline nearest the door said, his own heavily accented voice not exactly hushed either.

"Sure the aul cunt's in bed," said another voice, this one higher pitched, like his adolescent voice hadn't broke yet.

"Aye," said another voice. "Even if he comes down, we'll kick the fuck out him anyway, like we did with that aul bitch the other night."

They all started laughing. "Fuck," one of them said, a girl by the sounds of it. "She got some doing, didn't she?"

A chorus of shrill laughter erupted.

"Fuck up, will you's?" the one nearest the door said. "You want the cops here you's dozy fuckers?"

The gang outside quieted down, though not completely, as they continued to whisper amongst themselves.

Edger's grip tightened around the baton in his right hand.

Is this how things are now in Belfast? Had gangs of out of control teenagers replaced the paramilitaries who used to spread fear on the streets?

He had only been back in the city for fourteen months after a twelve year absence. Belfast had obviously caught up with every other city in the world now, and not in a good way.

He walked into the kitchen, just as a heavy boot thudded against the back door, the noise resounding through the whole house. The old man was probably upstairs shitting himself right now.

Another hard boot, and the door frame splintered, as the lock gave way and the back door flew open on its hinges to reveal the intruders standing outside. Their hushed cheers of success were cut short when they noticed Edger standing in the kitchen.

The one who kicked the door in stopped dead, as surprise registered on his face. The kid looked about seventeen, though it was hard to tell in the semi-darkness. Despite the chilly October night, the kid wore only a dark coloured T-shirt that hugged the bulk of his upper body. He had the bloated physique of someone who abused steroids. The kid shone the light of his phone in Edger's direction, who squinted but didn't look away. After a few surprised what-the-fucks, a tense silence settled amongst the gang. If they had expected to see anyone, it was the frail old man who lived in the house, not the towering form of Edger.

"You want to get that light out of my face?" Edger said to the steroid abuser.

"Who the fuck are you?" the kid asked, with as much attitude as he could muster, which was a surprising amount, given the circumstances. There was little fear in the kid's voice.

"The aul cunt's got himself a bodyguard," one of the other kids said, from behind their leader. They all started laughing.

"Kick the fuck out of him, Speedy," another said. "Cunt thinks he's the fucking Rock or somebody standing there."

Speedy kept the light in Edger's face for another moment, before moving it downwards. "What's that you've got in your hand?" he asked, his shrill voice incongruous with his large bulk.

"Something I'm hoping I won't have to use," Edger replied. "If you're smart, you'll leave here and not come back. I won't give you another chance."

Edger stepped forward to within three feet of Speedy, who didn't move back in response. His mates stayed outside, none of them choosing to stand by their mate in the kitchen, either because they were afraid, or because they thought their fearless leader didn't need any back up. Under ordinary circumstances, the latter was probably true. Speedy looked big enough, and arrogant enough, to handle himself. Thanks to the steroids that artificially inflated his muscles, and his status as top dog, it was unlikely Speedy was ever challenged by any of his peers. Which was why he seemed to be stupidly revelling in the chance to take down someone as big as Edger.

Speedy's dark, beady eyes never left Edger as he put his phone in the front pocket of his jeans, then reached around behind his back. He wanted Edger to lock stares with him, but Edger kept his awareness on the kid's upper chest, where he could see every movement Speedy's arms and hands made. If this was Iraq, or North Africa, or one of the other war zones Edger had been in over the years, Speedy would be a hairs breadth away from getting shot right then, reaching around behind himself the way he did. But this was Belfast—the Poleglass estate—not a war zone (although some of the residents of the estate might disagree on that point). You couldn't just shoot people on the spot. Unless this wannabe hard man had a gun in the back of his jeans waistband, which Edger doubted. He knew the weapon the kid was going for even before he brought it out.

Speedy smiled as he brought his hand around the front of him again. He flicked his wrist, and the telescopic steel baton in his hand shot out to two feet in length. Edger was familiar with the weapon in Speedy's hand, having used one on a few occasions himself, most recently for crowd control in Haiti. He was also keenly aware of what it felt like to be on the receiving end of a steel baton, after two Swedish MP's beat the shit out of him with similar batons on a drunken night in Sarajevo many years ago. There was no doubt the batons could do damage. Probably smart of the kids to carry them instead of knives. Too easy to kill someone with a knife. Then you'd be looking at real time for murder or attempted murder. As long as you didn't overdo it with a baton, you could stay within GBH range, which meant less time. Not that the kid in front of him seemed too concerned about doing time. Speedy's young age, and boundless arrogance, made it easy for him to see himself as untouchable.

"I'll ask you again," Edger said, glancing briefly at the other kids gathered in the back doorway, who, judging by their eager, spotty faces, obviously expected to witness their leader beating Edger to a pulp. "Turn around and leave, before you get hurt."

Edger didn't expect his warning to be heeded, neither did he want it to be. He knew all along that things could only end one way. It was the only way to ensure he got his message across, otherwise the gang would just come back another time.

A snorting sound left Speedy's mouth as he turned around and glanced at his cohorts for a second, who all smiled back at him like feral cats. When he turned his head again, Speedy's face had hardened into a look off aggression, as he proceeded to give Edger the hard-man stare. He took a step forward towards Edger and made a show of expanding his chest, stretching himself up to his full height, which was a little over six feet, but still three inches shorter than Edger.