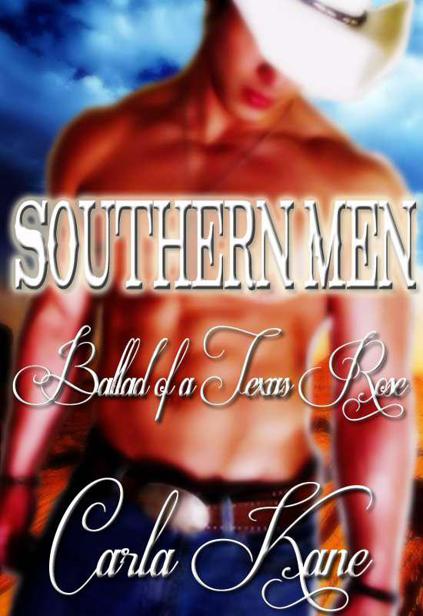 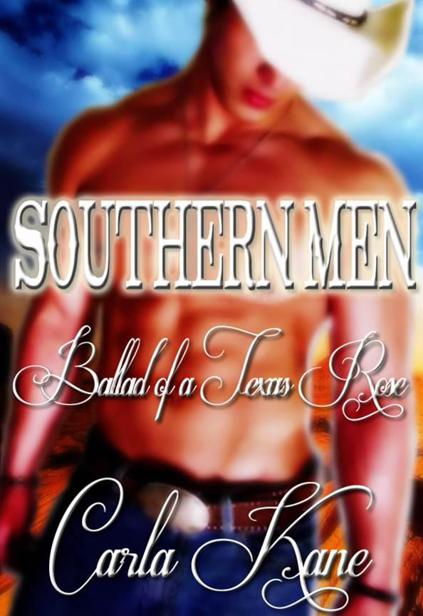 Ballad of
A
Texas Rose

All rights reserved. No part of this publication may be reproduced, stored or transferred in any form without prior written permission from the author or her representatives. This is a work of fiction. Any resemblance to any person, living or
dead,
is entirely coincidental.

Sex in the Hot Texan Cell

It was hot as hell that day. And getting pulled over by some redneck cop was the last thing Clara needed, since she was already a whole day late for the family reunion that she was traveling to. So it was no great surprise then, when getting pulled over was just exactly what happened.
Typical.

Clara Silverman wasn’t used to the heat, nor was she used to the vast desolation of the desert. As a hotshot New York lawyer she usually traveled only by subway or cab and rarely had the opportunity to look towards a horizon that was any further than the buildings down the street. So the sparse, hazy golden plains of the Texan desert had awoken something inside her, some yearning or instinct, a hunger for a different, rawer way of life.

And the family reunion down in Corpus Christi, the reunion that she’d solemnly sworn to her mother she’d attend on time, had already started the day before. It was the damn Peterson case – she’d been held back in the city to go over the files and was now way behind schedule.
Typical.

So it was no wonder she was putting the pedal to the metal in the small rental Ford Focus that she’d driven all the way from New York over the past couple of days – the desert highway was bereft of any other drivers anyway. Or so she thought…

She was on the outskirts of some one-horse town or other in the south Texan wilderness when it happened. It was so damned hot and Clara was cursing her decision to make a road-trip out of the opportunity instead of just booking a flight. It had all sounded so much more romantic in her head. But it was
so
hot. And the constant driving was making her sweaty and cramped. And there was nothing but trash on the radio. So no wonder she was breaking the law. But try telling that to Boss Sheriff.

She heard the siren first – shrill and loud – and then she saw the flashing red and blue lights in the rear-view mirror.

‘Aw crap,’ Clara muttered and eased off the accelerator.

She pulled into the side of the road and wound down the window, watching through the mirror to see what kind of hick passed for law enforcement out here in the sticks. If anything, this was probably going to be interesting at least.

In the mirror, she watched the door of the patrol-car open and saw a huge hulking cop step out. He wore a pair of tight black pants and a khaki shirt that clung to his muscly chest. On his breast a golden sheriff’s badge glistened in the hot sunlight and on his head he wore a wide-brimmed white Stetson cowboy hat.

‘You’ve got to be kidding me,’ Clara whispered as she watched him strut towards her, as cool as John Wayne.

The cop had on a pair of dark black aviator sunglasses and his jaw was like granite, chiseled around a serious frown that chewed idly on a toothpick. As he sauntered up to her car he opened his mouth and spat a stream of tobacco juice through his teeth out across the sizzling asphalt.

‘You know how fast you were going back there, little Missy?’

Clara had to smile. Was this guy for real? The Sheriff had leaned in over her window, casting a strong, cool shadow against her body. He smelt of aftershave, tobacco and strong bourbon.

‘Well gee officer,’ Clara cooed in her best little girl’s voice, playing along with this sexist redneck asshole, ‘I guess I got a little distracted.’

The sheriff did not speak. He just stood there with his iron face by the window, his expression unknowable behind the darkness of his shades.

‘Ma’am,’ he said eventually, ‘this is a fifty-five mile per hour zone. You were going much faster than that.’

Clara suddenly winced. That wasn’t true; this was a freeway. What was this meathead trying to pull?

‘Aha excuse me,’ she said, dropping her twee girly tone and assuming the full sternness of her best lawyer voice, ‘this is a freeway. I may be a city-slicker, but I know what the speed limit is on a freeway and it sure as shit
ain’t
fifty-five.’

The sheriff was silent again. His cold, strong presence filled Clara’s car and she shivered for a second before silently reproaching herself for showing any weakness.

‘Well now listen here,’ the sheriff spoke, ‘maybe you
thought
this was a freeway but it
ain’t
. You passed the town line for Breslin Springs about a mile and a half back. That’s my town, little Missy.’

Suddenly it was all too much for Clara. The heat, the sweat, the cramps and now this chauvinistic asshole toying with her here in the desert, probably because he hadn’t seen a woman without hair on her face for months.

‘Little Missy?’ Clara sneered, turning to face the sheriff, ‘seriously? Well how about this then,
little Mister
, you say this is a town? Who are you trying to kid? All I see is desert in every direction.’

Again the short spell of silence.
When he spoke his voice was as calm and as deep as it ever was. ‘Now listen here girly; Breslin Springs is the town where I was born and now that I’m a man, I’ve taken it upon myself to protect said town. What if you was to have hit somebody, speeding along out here like it weren’t
nobody’s
business? Whose fault would that be?’

Clara sighed. ‘Oh give me a break,’ she said, ‘fine: you’re just doing your job. Why don’t you write me up and let me go on my way.’

‘You know you got an attitude problem, little Miss.’

‘Whatever,
just give me my ticket.’

The sheriff stood back from the window and produced a notepad. He began to scrawl a few lines and then tore off the page. He reached back towards the car and held the ticket out for Clara to take.

The sheriff paused, his huge, formidable presence wholly directed back on her. ‘What did you say?’

For a second Clara felt a chill; the sheriff was so big and strong and they were all alone out here. What if…? She shook her head and smiled. Get a grip
Clara,
she told herself, it’s the twenty-first century. Now show him
who’s
boss.

The sheriff nodded to himself slowly and then turned his huge head to the side. He spat a stream of tobacco juice out on the road and then turned back to Clara. ‘Step out of the car,’ he said.

‘Ah shit,’ Clara whispered and then turned her most sympathetic face to the lawman. ‘Look officer, I’m sorry if I caused any offense, ok? I’m already late for an appointment across the state…’

Clara sighed and then unbuckled her seatbelt. She opened the car door and stepped out into the scorching heat. She wore a white blouse and a pair of tan slacks and she was sure there were sweat stains underneath her arms. How embarrassing.

‘Listen,’ she said, ‘I shouldn’t have said what I did,
I
know that. Lesson learned, ok?’

The sheriff slowly shook his head and Clara marveled for a moment at his stature. He must have been several feet taller than she was.

‘
Naw
-aw,’ the sheriff said, ‘little missy, I’m afraid you’re in no state to be driving. You need a little time to cool off and calm down before I let you back on the road. Someone could get hurt.’

A wave of anger flashed through her. ‘Are you kidding me?
You sexist son-of-a-bitch!’

The ghost of a smile touched the side of the sheriff’s rigid mouth. ‘Uh-huh,’ he said, ‘just like I told you. Ma’am I’m going to ask you to turn around and put your hands behind your back so I can cuff you.’

Clara winced bitterly. ‘Oh come on,’ she said, ‘you know there’s no need for that. You’re just fucking with me now.’

‘Protocol ma’am,’ the sheriff shrugged, ‘that’s the letter of the law. Now do like I told you before I have to draw my weapon.’

Clara looked for a moment at the huge pistol holstered on the sheriff’s hip. Her eyes followed across along the tight black pants to the hem of his crotch and for just a second she wondered about his other weapon… She blinked tightly. Get a grip Clara, she told herself.

‘Little missy I am still waiting over here,’ the sheriff spoke, ‘but I won’t wait much longer.’

‘Fine,’ Clara muttered turning around, ‘this is what you good old boys like, isn’t it?
To see women humiliated, to see us weak?’

The sheriff chuckled for a moment, droll and deep, a sound which only annoyed Clara even more as she waited for him to come up behind her and slap on the cuffs. ‘Little missy,’ he said, ‘I’m just following the letter of the law.
Hands together.’

Clara felt his strong presence behind her, smelt his musk, as he took her wrists in his huge suede hands. The metal slapped around her; cold, tight, unbreakable.

The sheriff placed his hands on her shoulders and turned her back to face his own car. ‘Ok Missy,’ he chuckled, ‘
start
walking. We’ll get you cooled down from this tantrum and then you can get back on the road.’

‘Oh give me a fucking break,’ Clara muttered, ‘tantrum? You are one backwards yokel asshole, aren’t you?’

The sheriff did not speak. He was behind her as they walked so she couldn’t see his face, but she wondered had she at last gotten through to him? Hit a nerve perhaps?