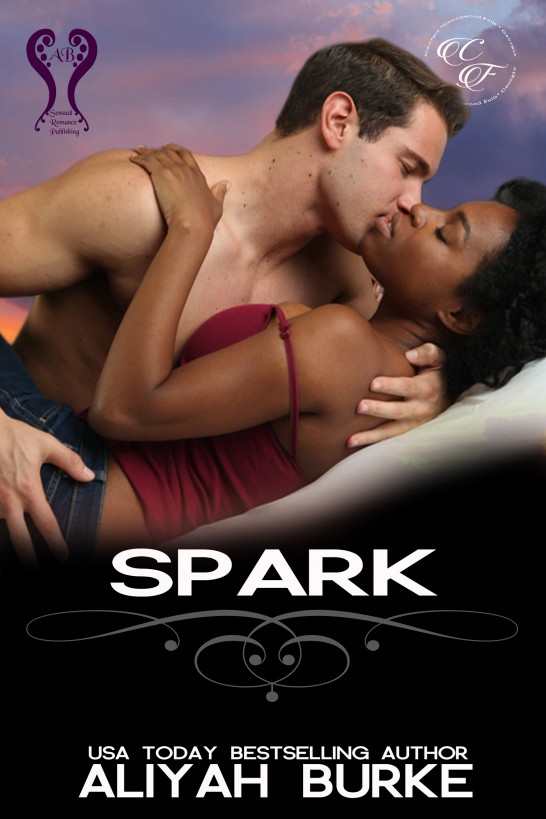 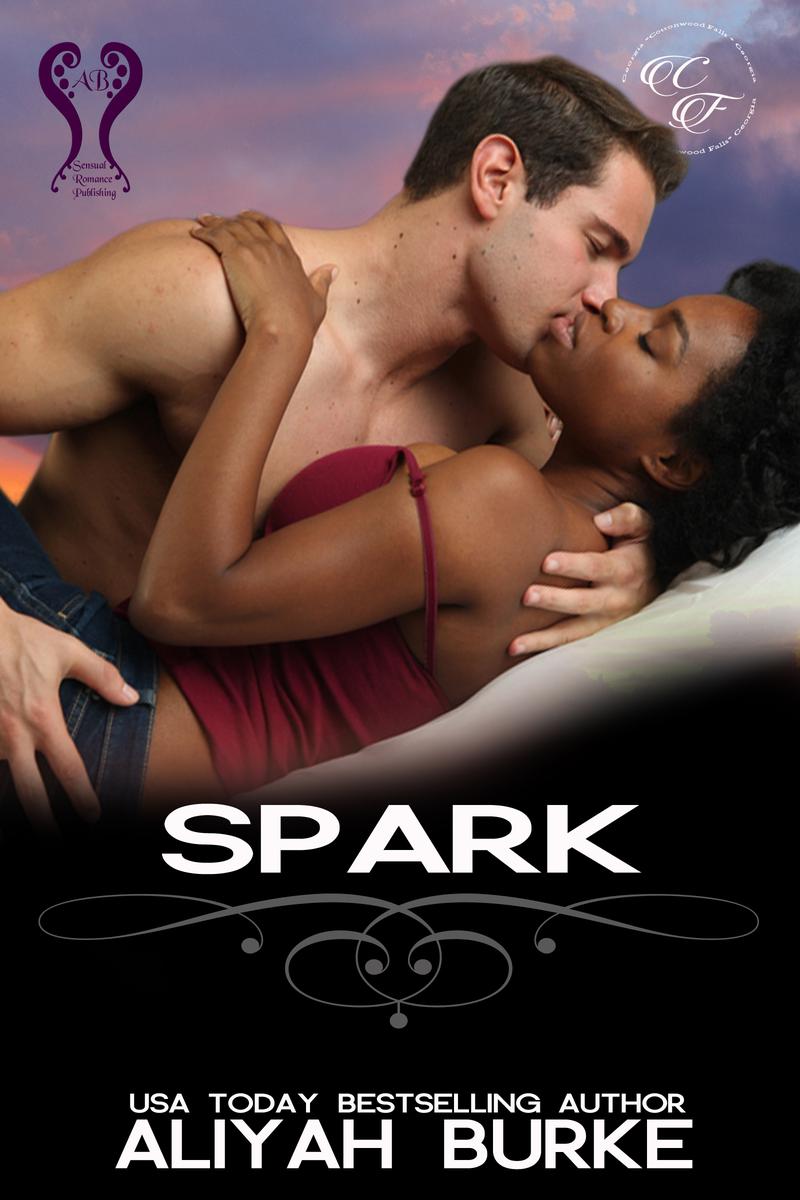 All rights reserved. No part of this book may
be reproduced or transmitted in any form or by any means,
electronic or mechanical, including photocopying, recording, or by
an information storage and retrieval system-except by a reviewer
who may quote brief passages in a review to be printed in a
magazine, newspaper, or on the Web-without permission in writing
from the publisher or author.
The unauthorized
replication or allocation of any copyrighted work is illegal. File
sharing
is
an international
crime, prosecuted by the United States Department of Justice and
the United States Border Patrol, Division of Cyber Crimes, in
partnership with Interpol. Copyright infringement, including
infringement without monetary gain, is punishable by up to five
years in federal prison, a fine of $250,000 per reported instance,
and seizure of computers.

This book is a work of fiction. All characters,
places and events are from the author’s imagination and should not
be confused with fact. Any resemblance to persons, living or dead,
events or places is coincidental. All trademarks, service marks,
registered trademarks, and registered service marks are the
property of their respective owners and are used herein for
identification purposes only.

Thanks so much to every reader who’s spent hard
earned money on my stories. I appreciate it more than I can ever
express. God Bless!

The engine coughed and sputtered its last little bit
then died. Much in the way of an actor over-exaggerating on the
screen, as if it wanted to keep the camera and the audience on it
just as long as it possibly could. Kendria Bonher swore, smacked
the steering wheel, only to swear again as pain radiated up her
arm, reminding her of the fracture in it. Dread welled up within
her as she stole another look in the rearview.

The road behind her was empty. As was the road before
her.

Tears of frustration gathered in the corners of her
eyes. Exhaustion gnawed at her eyelids like hyenas on a carcass.
She fought it. She still had to get to Atlanta and disappear in the
city.

Joe would be after her. No doubt. The thought made
her gut tense up and sweat to coat her palms.

“I could really use you just turning over now,” she
muttered, in a partial prayer.

She tried the key to no avail. After checking her
surroundings once more, she climbed out onto the two-lane country
road.
I should have stayed on the interstate. At least a cop
would be by occasionally. Although, that could potentially
backfire, as well.

“Can’t even see where I am. Why? Because I have a
dead cell phone and a dead car. Am I about to be killed by some
crazy inbred family?”

A rumble broke the relative silence around her. Every
muscle in her body went rigid as alarm spiked through her. Had he
found her already?

Fear had rooted her to the ground, the toes of her
tennis shoes upon the raised edge of asphalt, her heels upon the
dried grass. When a solitary bike roared into view, she breathed a
bit easier, well aware Joe wouldn’t travel alone.

He would send someone out alone, though.

The motorcycle slowed to a stop before her. Kendria
couldn’t hide her shock at the dark-skinned feminine face that met
her after the black leather clad rider removed the helmet.

“Everything all right here?” Her words fell from her
lips in a soft drawl.

Recovering, Kendria shook her head. “Car problems.”
And a fractured arm. Would he send a black woman after me? He
doesn’t have a lot of women working for him other than in a
secretarial manner.

The woman rolled her bike off the road to the front
of Kendria’s car, lowered the kickstand, and swung her leg over.
Leaving the helmet on the seat, she came to Kendria’s side, a large
smile on her face.

“We’re not far from Cottonwood Falls. There’s a great
mechanic there; he’ll get you all fixed up.”

“I’ll give him a call and have him meet us at his
garage. The day is too hot for me to leave you out here.”

“I have no wish to be an inconvenience.”

She waved it away, and Kendria witnessed a brief
flash of a tattoo with an anchor and a circle of some sort on it
gracing the inside of her left wrist. “Grab what you need. I’m on
my way in, anyway, so it’s no inconvenience.”

Kendria watched her unzip the leather jacket and
withdraw a cell phone. At the car, she swiped her purse before
reaching into the backseat for her small suitcase. This, she tossed
in the trunk. If someone took her bag, she’d merely lose some
clothes. Nothing back there to identify her. She did what she could
favoring her arm. Her second priority would be to get that looked
at.

Another welcoming smile. “Welcome to Cottonwood
Falls. Let’s go.” At the bike, Sarah handed over the helmet. “You
take this.”

Steel entered her eyes. “You will. Come on.” She
swung her leg back over the bike, her black hair falling free. It
took her a few moments, and it was below the collar of the
jacket.

Swallowing hard, Kendria walked to the bike, jumping
slightly at the large rumble that sliced through the air. She’d
never ridden on a motorcycle before.
Is it safe? How good of a
driver is this woman?

Drawing the helmet down over her natural curls, she
sent up another prayer then awkwardly climbed on.

She required a short bit to find a position that
didn’t bother her arm too much. At Sarah’s prompting, Kendria
wrapped her arms around Sarah’s waist. She secured her feet and
closed her eyes as they moved back onto the road. The warm wind
streaked over her, and she cracked open her eyes. The thrum beneath
her was addictive, and she relaxed a bit, determined to enjoy the
ride.

A sign, hand-carved and showing its age, welcomed her
to Cottonwood Falls. There were waterfalls on the sign as well as
numerous trees. Then, it was gone, and she found herself in a small
town. Tree-lined streets, brick storefronts, and people walking
around, waving to one another.

They continued until she recognized an auto shop.
Vance’s Auto Repair was the sign before the turn for the drive. She
released her grip as the stand was lowered then climbed off. Her
legs still trembled with the lingering vibrations from the
ride.

The bike fell silent. “He should be here any
moment.”

Kendria removed the helmet and shook out her hair.
“Thank you. You know, for helping me.”

“We’re friendly around here.” Sarah smiled, softening
her expression. “Here, take my card. If you have to stay over while
he’s fixing your car or just don’t want to eat alone, give me a
call.”

Taking the offered card, she said, “Thank you.”
Captain Sarah Mallery, USMC
were the words on the
rectangular paper.

The large dark gray truck rolling in the drive
grabbed her attention. Big tires, grill, and it looked like a winch
on the front.

“Here he is,” Sarah said, heading toward the
vehicle.

Kendria followed slower. The door swung open, and a
man jumped down. Her breath caught.
Shit. If I knew this was
what country boys looked like, I wouldn’t have been so
skeptical.
This man, while Caucasian, had a rich tan skin. Arms
with defined biceps and triceps pushed against the sleeves of his
light gray shirt.
This Vance is hot.

Sarah stepped with ease into his embrace and shared a
hug. Kendria neared and waited. The man peered beyond Sarah and
pinned his dark hazel eyes on Kendria.

Another sensation hit her, different from before,
beginning in the pit of her stomach and spreading with warmth
throughout her entire body.

Her world eked to a slow crawl. Even passing vehicles
barely registered. Even when she first met Joe, her response hadn’t
been this way. The pounding of her heart thundered in her ears, her
mouth grew dry, and her pussy set up a clamor demanding
attention.

“Vance, this is Kendria. Kendria, Vance, the best
mechanic in Cottonwood Falls.”

His blatant perusal of her only fanned the raging
inferno surging unchecked. She licked her lips, pleased at the way
his gazed darkened as his pupils dilated.

“Vance,” he said, offering his hand.

“Not like I didn’t just get done saying that,” Sarah
drolled. “I’m going to make myself scarce, not that anyone here
cares.”

Kendria put her hand in Vance’s, and her knees nearly
buckled at the force of her visceral reaction.
Holy shit.
“Kendria.”

Strong and callused, his grip engulfed hers.

His question rattled around for a moment before she
had enough sense to respond. “Outside of town about ten miles.”

“Let’s go take a look at it.” He released her hand
and gestured to the tow truck parked by the building.

He held the door for her, and she shuddered as his
masculine scent combined with the freshness of a roaring waterfall
floated around her.

“Just passing through?” he asked, hopping up behind
the wheel.

“A shame. Cottonwood Falls is a great small town.
Where are you heading?”

Her nerves kicked up, and she wrung her hands. He
cleared her throat, and she forced herself to hold still.

“Just making small talk, is all. Sorry to make you
uncomfortable. I don’t bite.” He looked in her direction with a
grin dripping with sexuality and decadent promise. “Unless you ask
me to.”

Her clit throbbed, and she struggled to find moisture
for her throat. “I’ll keep that in mind.” Her lighthearted teasing
fell away at the sight of the tinted windowed car behind her dead
one.

“You are about to panic. Those men after you?” He
slowed the big tow truck.

She had to answer him or he would think she was
certifiable. “Yes.” Her voice was small and shaky. A fact she
despised.

“Avert your head and put on the ball cap.” He slid
his across the seat after removing it from his head. Vance wheeled
about in the road and backed up the rest of the way, giving her
more of a chance to cover up.

“Stay here,” he ordered, hopping out.

She had no intention of going anywhere. As much as
she could, she observed him. He’d not pressed the issue of them
being after her. Just went with it.

She couldn’t explain her relief at that.

Vance strode toward the Chevy Impala. Only a couple
years old, there were a few rust spots on the blue pain.
Rental.
“Can I help you gentlemen?” he asked, drawing on his
gloves as he neared.

“Where’s the person who was driving this car?” One of
the trio—the tallest—barked his question.

“No idea.” He made a perusal around the car, wanting
to inspect the tires and tow ability or if he’d have to return with
his flatbed. Looked well enough to tow.

The man crossed his arms as Vance returned to his
truck for the sling. “So, who’s in the truck with you?”

The Raven Series 2 by J.L. Weil
The Alchemist's Flame by Andre, Becca
The Long Way To Reno by Mix, Michelle
Decadence by Monique Miller
Jennifer Estep Bundle by Jennifer Estep
The Lost Queen by Frewin Jones
The Immortal Greek by Monica La Porta
The Highwayman by Catherine Reynolds
Deliver the Moon by Rebecca J. Clark
Chatham Dockyard by Philip MacDougall
Our partner