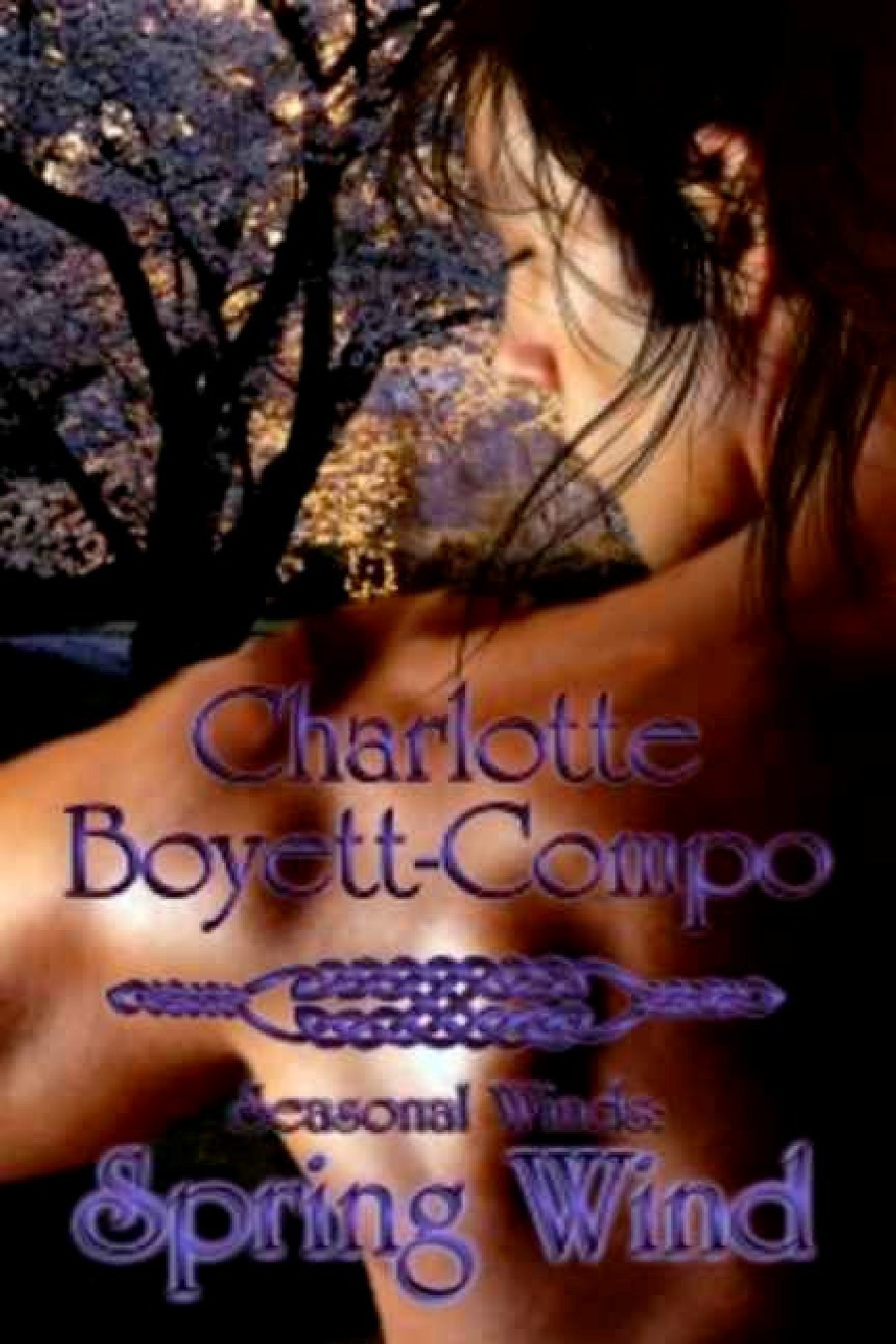 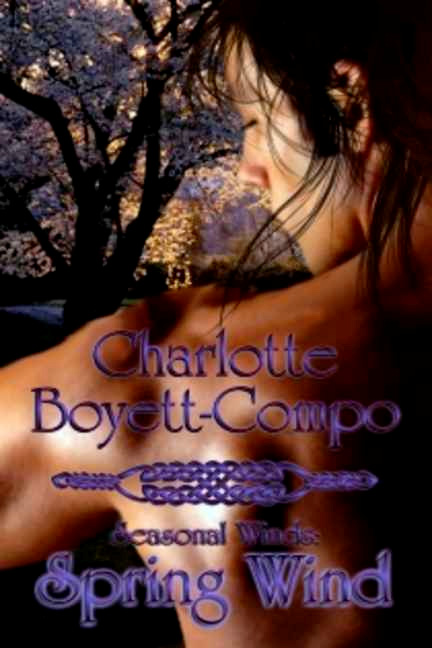 NOTICE: This eBook is licensed to the original purchaser

only. Duplication or distribution to any person via email,

floppy disk, network, print out, or any other means is a

violation of International copyright law and subjects the

violator to severe fines and/or imprisonment. This notice

overrides the Adobe Reader permissions which are

erroneous. This eBook cannot be legally lent or given to

This is a work of fiction. All characters, events, and places

are of the author's imagination and not to be confused with

fact. Any resemblance to living persons or events is merely

"Fucking cops," Striker grumbled as he increased his

footsteps. His hands were thrust deep into the pockets of his

scrub pants and his shoulders were hunched defensively. A

"Just keep walking," the woman at his side said in a low

voice. "Don't give them any reason to suspect us."

"Well, none of my best friends are cops, either," Bailey

MacKenna said. She gave Striker a quick glance. "You look

guilty, Nate. At least wipe that expression off your face."

Making an attempt to relax, Striker carefully watched the

two policemen strolling along the sidewalk across the avenue.

So far, neither of them had looked Striker's way. In his

moving, and cleaning the bodies at the morgue—he rarely

came into contact with the authorities and he wanted to keep

it that way. He especially disliked the Portal Patrols who

maintained the exits points on Vardar-7.

Striker looked to where she was staring and felt the blood

going to get caught." He lowered his voice. "I told you we

were going to get caught!"

The tall man walking toward the policemen wore the

dreaded steel gray uniform of the Modartha, the ultra-secret

police responsible for the Slándáil Phoiblí, the National

Security. The people of her world were terrified of the

Modartha for the elite law enforcement officers were not only

deadly assassins but during full moons, changed into gray

wolves—the most dangerous of their kind.

"We're going to hang," Striker said with a moan. "Sure as

"Shut the hell up, Nate!" Bailey said. So far the Modartha

agent had not looked their way. He had stopped to speak to

the policemen who appeared as rattled by his appearance as

"We're going to end up in the Doinsiún hanging by our

"We're not going to the Dungeon," Bailey hissed at him.

"You don't think providing aid to the Resistance is doing

anything wrong?" Striker demanded. "Bailey, if we are

caught, we'll be jailed and I've no desire to be some bull's

Bailey rolled her eyes. "We haven't been aiding the

Resistance and we haven't done anything to warrant being

sent to the Dungeon. We've simply been attending their

secret rallies just as hundreds of other people have. If every

curious citizen was jailed, there wouldn't be anyone left to do

their everyday jobs. There is nothing with which the Modartha

"Not yet," Striker reminded her. "You know what they say

about curiosity and the cat."

It was at that moment the Modartha agent turned his head

and looked right at Bailey. She could feel her stomach do an

odd little flip and she drew in a breath. Quickly, she looked

away from his probing stare, lowering her head with the

proper respect one showed a man of his position.

crossing the street and coming straight at us."

"Keep walking," Bailey told him. Sweat was gathering in

cold finger of dread was scratching down her spine.

Immediately both Bailey and Striker did as they were

ordered. They stood stock still, waiting for the Modartha to

reach them. With heads down, eyes on the sidewalk, they

assumed the required position of hands clasped behind their

backs in an attitude of subservience.

"Identify yourselves," the Modartha demanded. He came

to stand directly behind Bailey and it was she who spoke first,

the senior of the two.

"A coroner," the Modartha said with a snort. "Not a typical

Bailey said nothing for she'd not been asked a direct

"Do you enjoy playing with dead things, wench?" he

"It is my job, Milord," she answered.

"Yes, Milord." She drew in a breath for he was so close to

body warmth radiating toward hers.

She didn't know how to answer that. Her knees felt as

though they would give out beneath her at any moment and

she was trembling violently beneath his scrutiny.

"Do you prefer playing with live women, then?"

Bailey closed her eyes. "No, Milord. I am not of that bent."

His voice was low, a sultry caress but steel-hard as she felt

his lips against the column of her neck. His body made

contact with hers. "Step into the alley, wench," he ordered

her. He gave Striker a nasty look. "You stay right where you

Striker was trembling too, but he managed to bob his

heavily and perspiring copiously with sweat glistening on his

pale face. He kept his eyes squeezed tightly shut as he

sensed Bailey moving away from him.

Terrified of the man behind her, Bailey walked the few feet

into the shadowy alleyway that ran between two tall

"I didn't tell you to stop, wench. Keep walking," he told her

in a gruff voice.

Her mouth dry and her palms slick, she continued deeper

into the alleyway until he bid her stop.

"Turn and face the wall," he said.

"Put your hands above your head—palms flat to the stone,

fingers spread—then lean into the wall."

She obeyed him, wincing at the cold and slimy feel of the

Her bottom lip trembling, she did as he ordered and when

she felt his hands on her hips she flinched. He used his foot to

move her legs further apart, his fingers tightening on her hips

Standing so his chest touched her back, he put his hands

over her hands and ran his fingers between hers. His palms

her hands and onto her wrists. He encircled those wrists for a

moment then released them, dragging his palms down her

forearms, over the insides of her elbows, along her upper

arms then turned his hands so his fingers dipped into her

armpits. He did not just pat the material covering her, he

crushed it so she felt his fingers exploring under her arm.

"You're sweating," he said quietly. "I wonder why?"

His hands slid slowly down her sides then moved toward

one another at her waist. The sides of his thumbs grazed the

undersides of her breasts with just enough force to draw the

globes together and lift them. When the base of each of his

hands pivoted on her lower chest and his hands turned, she

knew he was about to cup her. She bit her lip to keep from

making a sound. With his palms hefting her flesh, he moved

his hands back and forth under her breasts several times—his

thumbs not touching her. He squeezed her breasts together—

thumbs down her nipples.

"Oh," Bailey said, unable to keep the groan from escaping.

"You like that, wench?" he whispered, his lips at her ear.

of his uniform trousers.

Through the thin material of her red government-issued

thigh-high gown, he rolled her nipples between his thumbs

and index fingers, grinding his erection across her buttocks.

the Doinsiún, wench?" he asked and clamped his teeth onto

Bailey shuddered and sucked in a startled breath.

"Every man there gets a good, long taste of the women

brought to that hellish place." He swirled his tongue into the

Tears were sliding down Bailey's cheeks.

He pinched her nipples just hard enough to make her cry