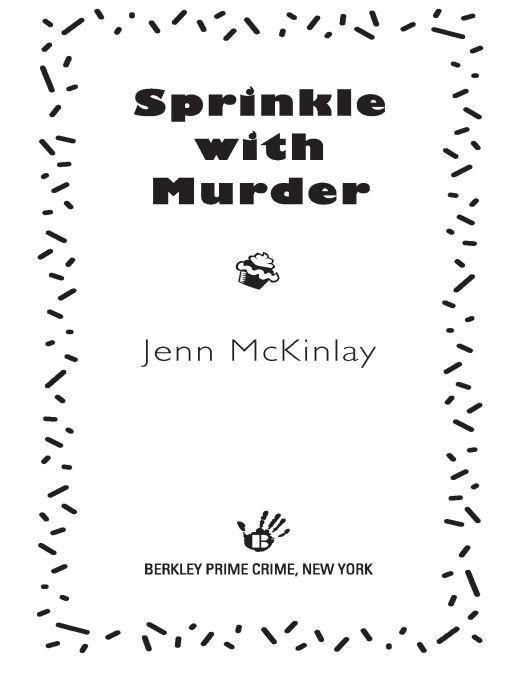 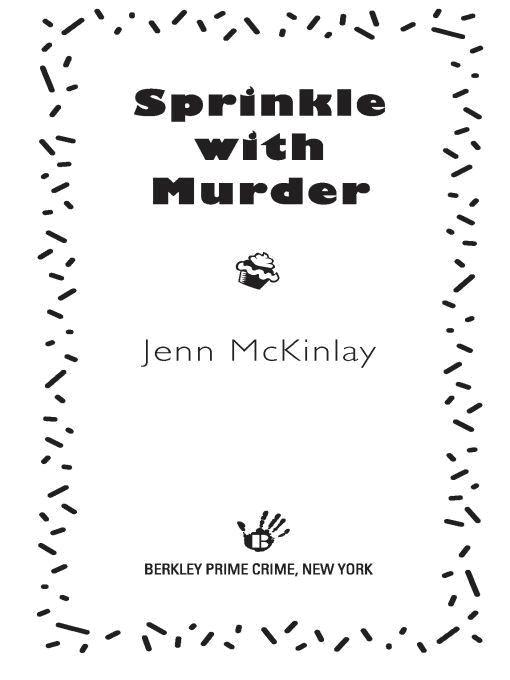 Death with Chocolate on Top

Mel rounded a rack of skirts and froze. A leg, a very slim leg in black hose, wearing a Christian Louboutin platform pump with a bright red heel, was sticking out from under a hanging rack of evening gowns. Mel knew right away this was no mannequin that had toppled over.
She ran across the floor, ducking under gowns. Sure enough, Christie was sprawled as if shed fallen and had knocked herself out. For a nanosecond, Mel was sure Christie must have tripped and banged her head. But her pasty coloring alerted Mel that something was wrong, very wrong.
Christie, are you all right? she asked. She put a hand on each side of Christies face and patted her cheeks. She felt stiff to the touch, and Mel yanked her hands back.
Mel stared at Christies chest, but there was no rise and fall. She put a finger on Christies exposed wrist, hoping to find a pulse. A cupcake, covered in dark chocolate fondant, rolled out of her curled fingers . . . 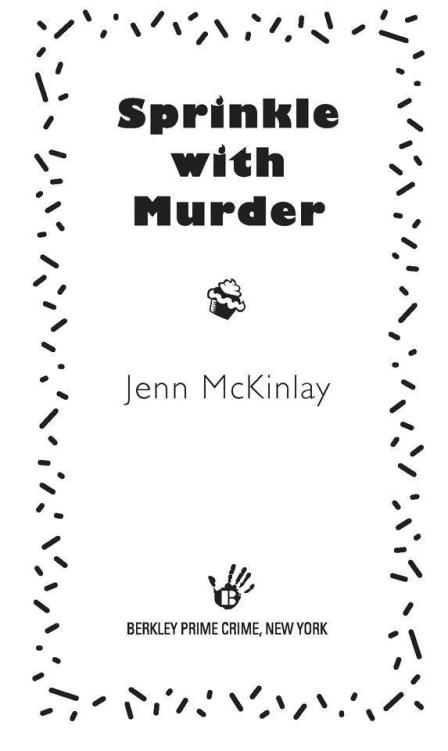 This is a work of fiction. Names, characters, places, and incidents either are the product of the authors imagination or are used fictitiously, and any resemblance to actual persons, living or dead, business establishments, events, or locales is entirely coincidental. The publisher does not have any control over and does not assume any responsibility for author or third-party websites or their content.

No part of this book may be reproduced, scanned, or distributed in any printed or electronic form without permission. Please do not participate in or encourage piracy of copyrighted materials in violation of the authors rights. Purchase only authorized editions.

For my mom, Susan Norris McKinlay,
I love you more than cupcakes !

People often ask where I get my ideas. Usually, I shrug because I have no idea. But with
Sprinkle with Murder
, I have to say, it was a little more in my face. In the course of one week, I listened as a soon-to-be married coworker agonized over what flavor cupcakes to have in her wedding cake tower, then my agents partner blogged about how she checked out the local cupcake bakery in every city to which she traveled, and finally, a dear friend stopped by my house to tell me that a cupcake bakery had opened nearby and that they sold shots of frosting. It was the rule of threes and just like that I knew I had to set a mystery series in a cupcake bakery. So, I give thanks to Tara Dietz, Jessica Faust, and Sheila Levine for making my muse hungry for cupcakes.
Thanks must be given to my agent, Jacky Sach, for her skill and enthusiasm. Truly, youre the best. More thanks to my editors Allison Brandau to start and Kate Seaver to finish, with loads of help along the way from Katherine Pelz and Megan Swartz.
Id also like to give a nod to my writing pals, the Ladies of the Loop, my fellow blog pals at the Mystery Lovers Kitchen, and for daily inspiration the gals at the blog Cupcakes Take the Cake. Locally, I must acknowledge Lulus Cupcakes for being so gracious in answering my questions, giving me a tour of the kitchen, and for having the best chocoschnitzel cupcake ever.
I must thank my readers, Susan McKinlay, Susie Matazzoni, Jan Buckwalter, and Tom Gemberling for their always spot-on input. Also, I need to send hugs to my extended family, the McKinlays and the Orfs, who have patiently encouraged me through the highs and lows of a writers life. And finally, first in my heart but last on the page, I want to give crusher hugs to my dudes, Wyatt, Beckett, and Chris Hansen Orf, you three are the frosting on my cupcake. I love you!

Three Rivers Rising by Jame Richards
Red Chrysanthemum by Laura Joh Rowland
Claimed (The Women of Wintercrest #3) by Maggie Ryan
Ablaze by Dahlia Rose
Scars of the Heart by Joni Keever
M'tak Ka'fek (The T'aafhal Inheritance) by Doug Hoffman
The Ugly Stepsister Strikes Back by Sariah Wilson
Hooded Man by Paul Kane
The Executioner: A Love Story by Melissa Silvey
Ask Me Again Tomorrow by Olympia Dukakis
Our partner