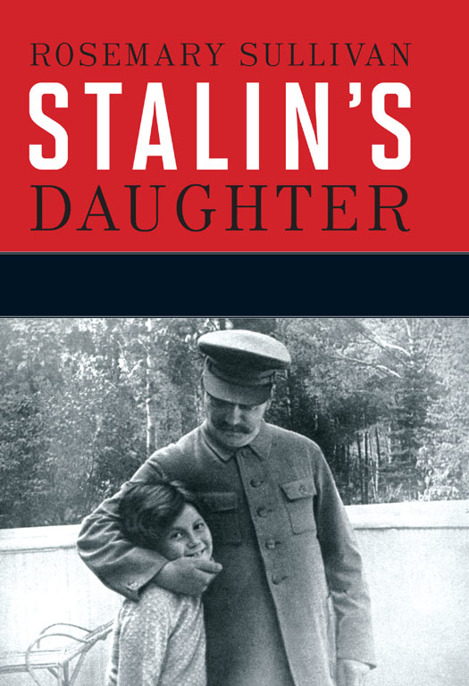 The Extraordinary and Tumultuous
Life of Svetlana Alliluyeva

PART ONE:
The Kremlin Years

Chapter 1
That Place of Sunshine

Chapter 3
The Hostess and the Peasant

Chapter 5
The Circle of Secrets and Lies

Chapter 9
Everything Silent, as Before a Storm

Chapter 10
The Death of the
Vozhd

Chapter 15
On the Banks of the Ganges

Chapter 21
Letters to a Friend

Chapter 23
Only One Year

Chapter 29
The Modern Jungle of Freedom

PART FOUR:
Learning to Live in the West

Chapter 31
Back in the USSR

Chapter 35
My Dear, They Haven’t Changed a Bit 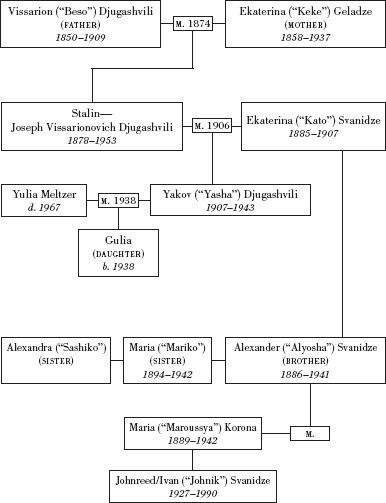 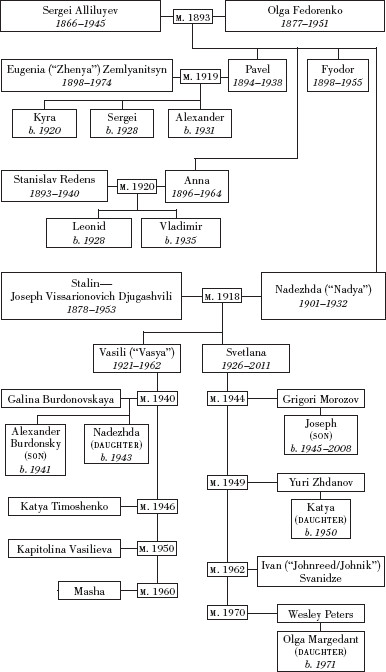 W
hat would it mean to be born Stalin’s daughter, to carry the weight of that name for a lifetime and never be free of it? In the USSR, Stalin was mythic. He was the
vozhd
, the supreme leader who built the Soviet Union into a superpower and won the war against the Nazis. To his millions of Soviet victims, however, he was the man responsible for the Terror and the infamous Gulag. In the West, he was widely demonized as one of the world’s most brutal dictators. Try as she might, Svetlana Alliluyeva could never escape Stalin’s shadow. As she lamented, “Wherever I go, whether to Australia or some island, I will always be the political prisoner of my father’s name.”
1

In the USSR, her life was unimaginably painful. Her mother, Nadezhda Alliluyeva, committed suicide when Svetlana was only six and a half. In the purges of the Great Terror in the late 1930s, Stalin did not spare his family. Her beloved Aunt Maria and Uncle Alexander Svanidze, the brother and sister-in-law of Stalin’s first wife, were arrested and executed as enemies of the people; their son Johnik, her childhood playmate, disappeared. Uncle Stanislav Redens, the husband of her mother’s sister Anna, was executed. Uncle Pavel, her mother’s brother, died of a heart attack brought on by shock. When she’d just turned seventeen, her father sentenced her first love, Aleksei Kapler, to the Gulag for ten years. The Nazis
killed her half brother Yakov in a prisoner-of-war camp in 1943. In 1947 and 1948, during the wave of repression known as the Anti-Cosmopolitan Campaign, her mother’s sister Anna and Pavel’s widow, Zhenya, were sentenced to seven years in solitary confinement. Zhenya’s daughter Kyra was imprisoned and then exiled.

After her father’s death in 1953, the tragedies continued. Her elder brother, Vasili, was arrested and eventually died of alcoholism in 1962. Her literary friends in the mid-1960s were sent to forced-labor camps. When she finally found peace in a loving relationship with a man named Brajesh Singh, she was officially refused the right to marry him before he died, though she was given official permission to carry his ashes back to India.

In the middle of her life, at the age of forty-one, Svetlana Alliluyeva decided, impulsively, to defect. On the evening of March 6, 1967, she walked into the American Embassy in New Delhi requesting asylum. This was both an escape from her past and a search for the freedom denied to her in the Soviet Union, where she claimed that she was treated like government property. The American State Department initially refused her entry into the United States on the grounds that her defection would destabilize relations with the Soviets. She waited in Switzerland as diplomats searched for a country to take her.

When she was finally allowed into the United States on a tourist visa, Americans greeted her as the most famous defector ever to leave the USSR. She was soon the
millionaire
defector—
Twenty Letters to a Friend
, the memoir she had written in 1963 and carried out of the Soviet Union, was bought for an advance payment of $1.5 million. But she did not understand the concept of money; she gave away much of it and soon lost the rest to the manipulations of Olgivanna Wright, the widow of Frank Lloyd Wright, who lured her into marriage with Wesley Peters,
the head architect of Wright’s Taliesin Foundation. At the age of forty-five, Alliluyeva gave birth to Olga Peters. Her daughter was a consolation. She had abandoned her twenty-one-year-old son, Joseph, and sixteen-year-old daughter, Katya, when she fled the Soviet Union. KGB intrigues prevented her from contacting them for the next fifteen years.

Her laconic humor helped. She could say, “I don’t any longer have the pleasant illusion that I can be free of the label ‘Stalin’s daughter.’ … You can’t regret your fate, though I do regret my mother didn’t marry a carpenter.”
2
She spent most of her forty-four years in the West as a nomad, moving over thirty times, even briefly defecting back to the Soviet Union.

She was called unstable. The historian Robert Tucker remarked that “despite everything, she was, in some sense, like her father.”
3
And yet it’s astonishing how
little
she resembled her father. She did not believe in violence. She had a risk taker’s resilience, a commitment to life, and an unexpected optimism, even though her life spanned the brutalities of the twentieth century in the most heartrending of ways, giving her a knowledge of the dark side of human experience, which few people are ever forced to confront. Caught between two worlds in the Cold War power struggles between East and West, she was served well by neither side. She had to slowly learn how the West functioned. The process of her education is fascinating and often sad.

Alliluyeva had as much trouble explaining her father as anyone else did. Her attitude toward Stalin was paradoxical. She unequivocally rejected his crimes, yet he was the father who, in her childhood memory, was loving—until he wasn’t. She sought, with only partial success, to understand what motivated his brutal policies. “I don’t believe he ever suffered any pangs of conscience; I don’t think he ever experienced them. But he was not happy, either, having reached the ultimate in his desires by
killing many, crushing others, and being admired by some.”
4

The Lure of the Pack by Ian Redman
The Volcano Lover by Susan Sontag
The House of the Mosque by Kader Abdolah
First Blood by S. Cedric
Cancelled by Elizabeth Ann West
Changes by Michael D. Lampman
The Brotherhood: Blood by Kody Boye
Ten Grand by George G. Gilman
A Taste of Honey by Darren Coleman
Pride Mates by Jennifer Ashley
Our partner