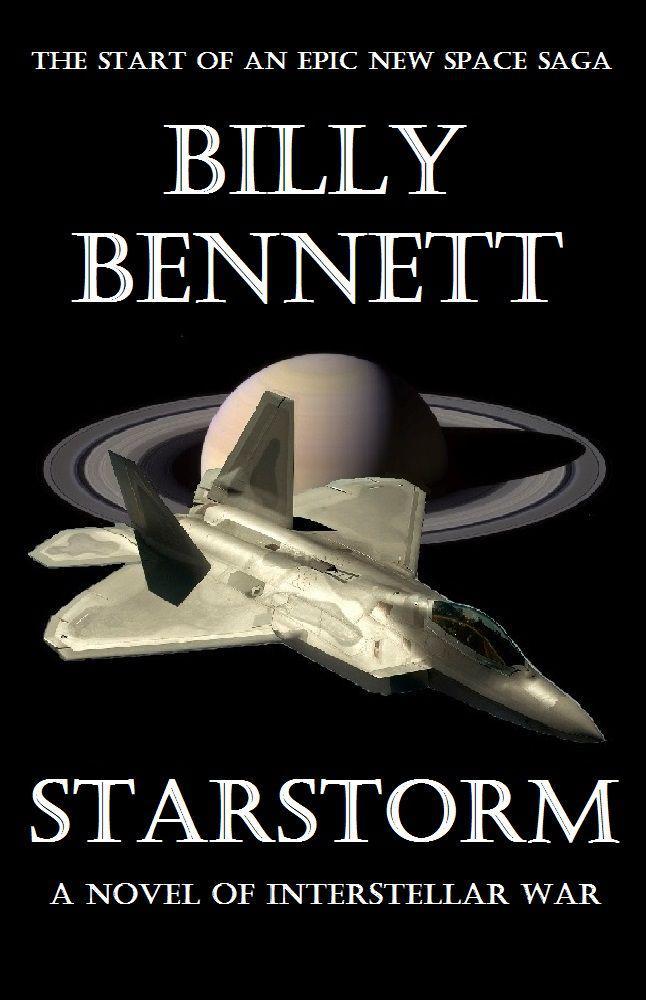 By Force of Arms

Dedicated to all my friends and family.

Thank you Daddy, it was your Three Fisherman stories

that taught me how to create stories. And thank you Blake, you taught

and a few old blankets could be a tent in the jungle.

N
ever before had the Empress Revina seen such carnage and destruction. The Infinian monarch stood on her promenade gazing at the massive holo-screen that floated above her. Her long, silky, gold embroidered black hair flowed down her back almost to the floor. Her thin, tan brown skin was wrapped in a regal white gown that was cut tight to her form. She moved gracefully to the edge of the promenade, transfixed on the images of battle that were playing out before her eyes.

A large planet hung against a backdrop of star studded space. Though it had been a beautiful lush world only a few hours earlier, now more than ninety percent of its surface was scorched, scared and cratered from the bombardment that had been unleashed upon it by hundreds of orbiting warships.

When the Zidian armada had come out of hyperspace, the small but formidable Valshiar fleet had been waiting on them. The Infinians had warned them that the fiercest warlords in the galaxy had targeted their world for conquest. The Valshiar ships had met the invaders magnificently. For what seemed like an eternity, massive warships blasted and impaled one another with fierce beams of light while, like two swarms of warring insects, thousands of fighters raged a fierce battle all around the embattled fleets. The sleek and graceful looking Valshiar starships were easily the match of the menacing Zidian battle cruisers with their blood red hulls and forward swept blade like wings. But like hundreds of civilizations before them, the Valshiar simply could not withstand the raging hordes of the Zidian Empire. For every Zidian warship they destroyed, two more came out of hyperspace.

When the last of the orbital defenders had been swept away, the Zidian armada turned its dreadful weapons upon the planet itself. Revina watched in horror as cities were obliterated, forests incinerated, and billions of lives extinguished all in the span of a few short hours.

After the bombardment, came the final phase of the Zidian conquest of Valshiar. Thousands of troop carriers, assault barges, and super mecha descended to the ruined planetary surface to wipe out the last vestiges of resistance and complete the enslavement—or utter annihilation of Valshiar civilization. It was never easy to tell which of the two goals the Zidian warlords were trying to meet. Attempts at the former very often led to the latter, especially when a species fought back as tenaciously as did the Valshiar.

The image before the Empress, changed from the wreckage strewn space above the planet, to the newly erupting battle for the surface. The Valshiar had troops, tanks and mecha of their own. As the Zidian invaders landed, the defenders came out of the underground bunkers and subterranean chambers that had allowed them to survive the planetary bombardment. Massive quadrupedal Valshiar battle mecha, bristling with laser and ion cannons traded fire with their equally massive bipedal Zidian counterparts. The invaders launched waves of seeker missiles and fusion mortars that exploded into the Valshiar ranks, incinerating troops, and blasting mecha and tanks alike into thousands of bits of burning shrapnel. The Zidians too lost troops, and tanks and mecha by the thousands, but as with their ships, they seemed to have a nearly endless supply.

“Enough!” said the Empress and instantly the images disappeared and all was peaceful and quiet. Where the holo-screen had, only a moment before, shown nothing but death and destruction, there was nothing but a large viewport. The space outside of her flagship glowed with the eerie blue light of hyperspace. A calm voice called out to her.

“What are you thinking, child?” The Infinian Empress turned away from the viewport to face her greatest councilor. The elderly Infinian leaned on an ornate staff and stared at her with his solid black eyes. The crown of his head was bald. What hair he had was a shimmering silver.

At three hundred years old, the Empress was still a young Infinian woman though not nearly as naïve as she had been only a century earlier. Young or not, however, she suffered no one to call her child—no one, with the exception of the old Infinian standing before her. Revina knew that he was far older than even his appearance suggested. Sighing, she answered his question.

“I am thinking that I cannot stand to see this happen again.” She motioned to where the holo-screan had been. “This is my fault, Guardian.”

“We warned the Valshiar of the Zidian attack.”

“That’s because we are not yet ready, child. You know as well as I that it will be many more years before we again have the strength to enforce justice in the galaxy as in the days of old—if that is truly your desire.”

“I have no desire for us to force our morals and sense of justice on the entire galaxy. It is not the place of the Infinian Empire to maintain law, order, peace and justice throughout the galaxy.”

“That was certainly not the belief of your forebears,” said the old man. There was a time when the Infinian Empire stretched across the galaxy. Thousands of years ago, tyrants and warlords feared our very name.”

“It was also a time when we were constantly at war,” said Revina. “Many of those we protected resented us.”

“And then those same worlds missed us when we were gone and they were left at the mercy of a ruthless galaxy.”

“I do not want to rebuild the Empire to its former days of glory. I want to correct the dreadful mistake I made a century ago.”

“My child, in the last one-hundred years, the Zidians have spread their Empire across much of the galaxy. I think you will find that it will be impossible to defeat them, without simultaneously reasserting our power on the same scale.”

The Empress shook her head.

“The galaxy must learn to take care of itself. What we need to do is forge an alliance with other worlds. There are still many civilizations that are threatened by Zidia. If we can sufficiently rearm and build a coalition against the Zidians, then we can finally bring their tyranny to an end.”

The Empress turned back to face the viewport. She waved her hand across a crystalline control matrix which sat atop a nearby pedestal and the holo-screen reactivated. The image that appeared was that of a small world, largely covered by blue water and white clouds.

“Our contacts on Zidia have informed us that the Zidian military has already chosen its next target, a world called Earth. The inhabitants are known as Humans.”

“And it is your desire that we somehow take action to save these Humans?”

“General Darok thinks that we should use the fleet to intercept the Zidian invasion force, before it reaches Earth.”

The Empress turned to once again stare out of the viewports.

“Like all the Outcasts, Darok is overly eager for battle. You know how the majority of our people loath war…” The elderly Infinian interrupted her.

“Not only loath it, but are incapable of it.”

“As long as we remain within our home territory, I know you can protect us,” she said. “But if we were compelled to fight outside of our territory, we would have to rely on the Outcasts.”

“Is that not why you freed them from the moon of Gorian?” asked the old Infinian.

“Yes, but the people fear and distrust them. I must admit that even I do not fully trust them,” said the Empress. The old Infinian held up a hand.

“Just because the neural re-sequencing failed on them, does not mean they are untrustworthy. They are the only Infinians capable of violence and of bearing arms. One day they may be all that stands between your people and destruction.” The Empress hung her head.

“I am ashamed, Guardian.”

“The Outcast’s may be Infinia’s first warriors in a thousand years, but you have no reason to be ashamed. There are many dangerous forces in the galaxy. I will not be able to hold them back forever. The Sentinels are over a thousand years old. The time has come for Infinia to learn to defend itself again.”

“I’m not ashamed of freeing Darok and the other Outcasts. On the contrary I consider it an injustice that we kept the them imprisoned on Gorian for so long. Nor am I ashamed of ordering the construction of warships,” said the Empress.

“If it was not for me, the Zidians would not be plaguing the galaxy with their tyranny. How could I have been so foolish as to give so barbarous a people such advanced technology?” Tears began stream from her eyes.

“You cannot change the past, child,” said the old Infinian. “You acted with love but not with wisdom. The Zidians were on the verge of self-destruction. The wars, plagues, and natural disasters that had beset their world had all but sealed their doom. The technology you gave them brought them back from the brink of extinction.”

“Had I known that they would subsequently use that technology to enslave hundreds of other worlds I would have let them die,” she said bitterly. She thought of the images she had just seen.

“I wish I had let them die. I should have listened to you.”

“Your mistake with Zidia is one that you will have to learn from and live with. You may yet get the chance to rectify it.

“But how?” she said, turning to face him again. “The council has advised me to leave the Earth to the mercy of the Zidians, in order to give us the time we need to further build up our forces.”

“There is some wisdom in that counsel,” said the old Infinian, “…though it be cold and distasteful.”

“I will not allow another world to fall to the Zidians. If the Zidians conquer the Earth they will enslave the humans and force them to strip mine their own planet.”

“What can be done to stop it?”

“There are still a few on Zidia that remember us with kindness, and wait for the day that the tyrants can be overthrown. They have seen to it that the Zidian military command has been fed faulty intelligence about the Earth. The fleet on its way to conquer the Humans is expecting to encounter a much more primitive civilization than what actually awaits them. That should give the humans at least a small advantage.”

“Are you willing to order a direct intervention if necessary?”

“Darok assures me that we could turn back the Zidian invasion force headed for Earth, but what of the aftermath? As you have pointed out, we do not have enough ships for a full scale open war and that would certainly be the result if we openly confront the Zidians.”

“And there is no guarantee that the Outcasts and the Sentinels could hold back the full strength of the Zidian Empire. Not since the days of your grandfather, Emperor Char has a ruler of Infinia been faced with such a decision as you are now. He united our world and its people after a destructive civil war that nearly brought about our own extinction. Afterward, he made the decision to use neural pacification to remove from the people the capacity for violence, trusting to me and the Sentinels the defense of Infinia. Now after a thousand years of peace, you must decide whether or not Infinia shall go to war again. Whether to risk open war to save the Humans or whether to leave them to their fate.”