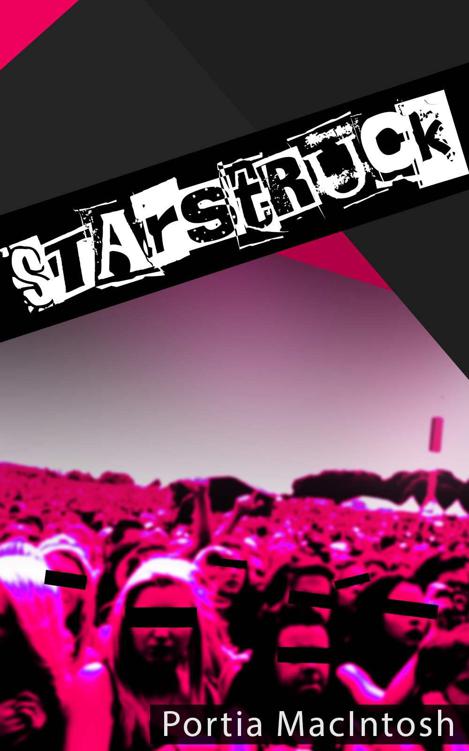 All rights reserved. No part of this
publication may be reproduced, distributed, or transmitted in any form or by
any means, including photocopying, recording, or other electronic or mechanical
methods, without the prior written permission of the publisher, except in the
case of brief quotations embodied in critical reviews and certain other
noncommercial uses permitted by copyright law.

Chapter One: The Fairytale

Chapter Three: The Devil, The Succubus
& The Rockstar

Chapter Nine: The Morning After the
Night Before

Chapter Twenty-Two: The Walls Have
Eyes

Chapter Twenty-Seven: The Dark Side

Chapter Thirty: The Plus One

Chapter Thirty-Two: The Clash of the
Titans

Chapter Thirty-Three: The Brush Off

Chapter Thirty-Six: The Girlfriend,
The Nurse & The Moose

Chapter Forty-Five: The Storm After
The Calm

Chapter Fifty-One: The Other Brother

Chapter Fifty-Two: The Morning After

Chapter Sixty-Four: The Most
Wonderful Time Of The Year

Chapter Seventy-Five: The Big One

Chapter One: The Fairytale

I
wonder who started the bloody ridiculous rumour that women can multitask effortlessly.
I’d love to know so that I can send them a photograph of me right now
(obviously someone else would have to take it for me) epic-failing my way to the
office.

It’s
11am on an exceptionally cold Monday morning and I’m late for work. Again, and
as always. Currently dodging my way through the busy streets of Leeds, I’m desperately
trying not to drop anything. In my right hand I have four take-away cups of
coffee - in a holder obviously, I’m good but I’m not
that
good - my
massive Mary Poppins style handbag hooked on my left arm and my mobile phone in
my left hand. It’s still in my hand because as I was leaving Starbucks I
received a call from work and without a free hand to put my phone back in my
bag, that’s where it’s going to have to stay.

Thankfully
work is just around the corner from my flat, although I was supposed to be at
the office by 10am. Stopping at Starbucks has only made me even later but I’m
hoping the coffees will score me some brownie points with the staff. If you
can’t be on time, the least you can do is kiss-ass.

Just
one more road to cross and I’ll be there. Balancing on the edge of the curb in
my silly yet beautiful shoes, I feel like the slightest breeze could knock me
off my feet. As the green man appears I step off the pavement with the rest of
the sheep. Eyeballing the window of my office for angry faces, I make it half way
across the road when something hits me – literally hits me. As I fall to the
ground in what feels like super-slow, Matrix-esque motion (although it probably
doesn’t look quite so graceful to the people around me) my impressive
coffee-handbag-phone balancing act comes to an abrupt end. Landing flat on my
back, right there in the middle of the road, I feel like I’ve been hit by a
bus. Was I hit by a bus? I can hear people fussing around me and the impatient
blaring of car horns. They can piss off, I could be dead... although if I’m
thinking that then chances are I’m probably still alive, right?

As
I run my hands down my body to check for major injuries I feel that my skirt is
up around my waist. I have never been happier to be wearing leggings, God bless
the crappy cold weather we have up north.

There’s
a strong smell of coffee coming from the double-digits worth of Starbucks
puddle on the road next to me, which thankfully hasn’t touched me, although I
am tempted to roll over and lap it up.

Despite
having the wind knocked out of me I think I’m going to make it.

‘I
am so sorry, let me help you up,’ I hear a deep, apologetic voice insist as a
hand reaches for mine.

Flat
on my back and in the middle of the road, with my skirt hitched up around my
waist, I am in no position to be declining help, so I grab the strangers hand
and he yanks me to my feet.

‘Here’s
your mobile, I hope it’s not broken. Shit, there are a couple of scratches on
it,’ the stranger informs me as he hands me my fairly battered looking phone. There
are several really noticeable scratches on it, but I don’t tell him that they
probably occurred the time my phone took a tumble down the stairs, bashed
against something in my handbag, magically escaped my grasp, etc. In fact, my
phone has been dropped so many times it’s a miracle that it still works. I prod
a button on the front with a very shaky finger and my trusty phone springs to
life as usual. What a trooper. Only after making sure my phone is ok do I
actually look the only person who stopped to help me in the eye. Ushering me
back across the road (the side I
don’t
want to be on) is an absolutely
gorgeous man. Shit, I can’t believe he saw me laid in the road like that. He’s
wearing a very flashy suit and clutching a fat, important looking file stuffed
with papers. Oh, and he has one of my shoes tucked under his arm. That explains
why I’m limping - I thought I’d snapped my ankle or something.

‘Thanks
for helping me. I’m not sure what happened, I was crossing the road and -’ I
stop mid sentence. The truth is I have no idea what happened.

The
good looking stranger sits me down on the nearest bench.

‘Are
you alright?’ he asks me, with a very concerned look on his face. He looks like
every portrayal of Prince Charming I have ever seen in the movies, with an
added (and well used) gym membership thrown into the mix.

‘I’m
ok, just a bit shaken up. Did you see what happened?’

‘Please,
wait here,’ handsome stranger insists. ‘I have to get this file to someone in
that building.’ He gestures towards the offices behind us with the fat file.
‘Just... don’t move. I’ll be back in five minutes, I’ll explain everything
then. Get your breath back, ok?’

I
nod my head and watch him dash into the building behind me, my shoe still
tucked under his arm which means I couldn’t leave if I wanted to – not that
wearing only one shoe concerns me, but just one of these particular shoes is
worth more than most of my other pairs.

Whatever
happened to me, I am so lucky that I landed on my bum because I think it broke
my fall. I’ll never complain about the size of it again, I promise.

I
check my phone once more and then check my bag to make sure nothing is damaged
- or even more damaged than it was before I fell. Everything seems to be ok,
and despite feeling a bit achy and a lot embarrassed I think I’m ok too. The
only things that suffered are the coffees - the poor coffees! It breaks my
heart watching cars driving over the empty cups in the middle of the road.

‘Right,
are you ok?’ the gorgeous stranger asks when he returns. ‘I feel like such a
dickhead. I was in a bit of a rush, I completely knocked you off your feet.’

Ah,
so that’s what happened.

‘No
harm done. I’m fine,’ I assure him, although part of me is thinking I should be
a bit pissed off – but who could be mad at that silky black hair and those
perfect teeth? To be honest, I just want to get another coffee (medicinal) and
get to work.

‘I
feel terrible. Can I replace your drinks? It’s the least I can do. I’m Tom by
the way.’ He offers me his hand for the second time, this time for me to shake.

‘Nice
to meet you too, Nicole. Let’s get those drinks.’

‘Please?’
He flashes a smile that I can’t bring myself to say no to and so I give in, but
not before Tom gets down on one knee and delicately places my shoe back on my
foot. If the smile didn’t have me saying yes, then the Cinderella moment sealed
the deal.

Soon
enough I’m in Starbucks, again, only this time it’s much busier and we’re
forced to wait for our order, so we chat while we’re waiting. It turns out that
Tom works for a firm of solicitors not far from where I work and despite the
fact that he practically assaulted me, and the fact that we’ve only known each
other for about twenty minutes, we’re getting on really well.

As
soon as the drinks are ready we walk back towards our offices. This is the
second longest time it has ever taken me to walk the short journey from my flat
to my office. My record was set a couple of months ago when I spied a sale at
one of my favourite shops, or a “dental emergency” as I explained it to my
colleagues, bursting through the doors hours late with several suspicious
looking carrier bags.

‘This
is me,’ I say as we arrive at the revolving doors that lead to my office. ‘I’m
sure I can handle it from here.’

‘I’m
sure you can.’ He smiles that smile again. ‘I know this must seem a bit weird
considering the circumstances, but I’d really like to see you again. I’ve
already swept you off you feet.’

That’s
the kind of cheesiness that would normally make me sick all over a man’s shoes,
but being so gorgeous even a line as lame as that sounds utterly charming as it
leaves his lips.

‘Erm,
knocked me off my feet actually,’ I correct him, and he laughs.

Christmas at the Hummingbird House by Donna Ball
Down Among the Dead Men (Forest Kingdom Novels) by Green, Simon R.
Escaping Christmas by Lisa DeVore
Billionaire Takes All by Jackson Kane
Trust Me by Aliyah Burke
Goodbye Ruby Tuesday by A. L. Michael
The Rain Killer by Luke Delaney
The Power of Now: A Guide to Spiritual Enlightenment by Eckhart Tolle
Ride a Painted Pony (Superromance) by McSparren, Carolyn
Kitty Katt 11: Alien Separation by Gini Koch
Our partner