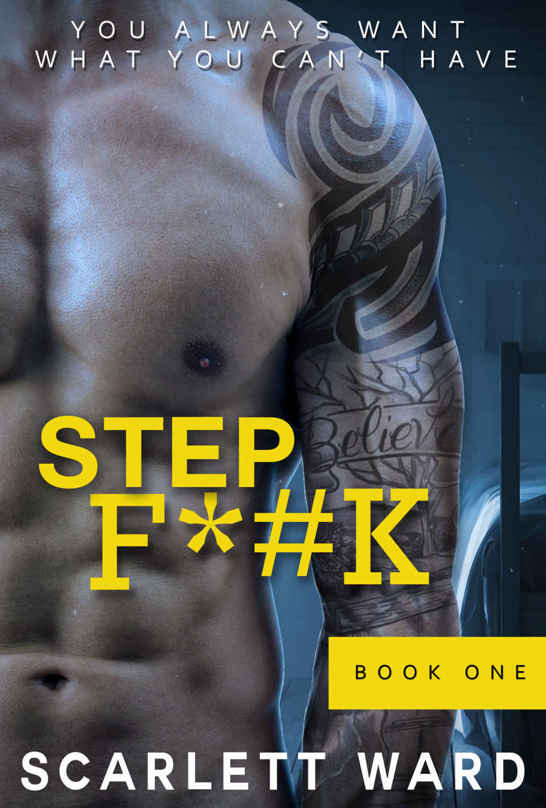 All rights reserved. No part of this publication may be reproduced, distributed, or transmitted in any form or by any means, including photocopying, recording, or other electronic or mechanical methods, without the prior written permission of the publisher, except in the case of brief quotations embodied in critical reviews and certain other noncommercial uses permitted by copyright law. For permission requests, write to the publisher, addressed “Attention: Permissions Coordinator,” at
[email protected]

I get back from the grocery store and I see my roommate has
that
look on her face.

“Wine!” Megan says, making a beeline from the couch where she’s just been sitting with her laptop, to the kitchen counter. She starts pawing through the first bag of groceries, then the second, until she locates what she’s looking for: a chilled bottle of Pinot Grigio. She faux toasts me with it, grabs the corkscrew from the silverware drawer and gets to work. Once the cork is out, she pours herself a generous glass—in an old grape jelly jar, because we’re classy like that—and then myself an even more generous glass.

“Drink up,” she says. “I need you to consume at
least
that entire glass before I tell you what I’ve been up to.”

I give her a wary look as I put the eggs into the refrigerator. “I probably don’t want to know what you’ve been up to. If it involves a guy, I
definitely
don’t want to know.” Since Tom dumped me six months, three weeks, and five days ago—but who’s keeping track?—my sex life has been  lived vicariously through Megan, though that’s not to say I necessarily wanted it to be like that. It’s just what happens when your best friend, who is also your roommate, is a sassy petite blond who is a sexually liberated nymphomaniac.

I go through the next bag, which contains cereal, pasta, and a loaf of bread. Yes, we like our carbs, and no, we don’t think it’s a bad thing. Eating carbs—less healthy ones, like buckets of cookies, pans of brownies, and many tubs of ice cream—is basically what got me through the first few weeks of my breakup. Megan keeps reiterating the fact that Tom is just an asshole and I should be glad to be rid of him—and who really meets the person they’re going to marry when they’re eighteen, anyway—but I did think we were going be together . . .
forever
. I did. I realize how naïve that sounds now, and I’m not exactly sure what it says of my judgment; that there would still be this part of me that wanted to be with someone who had spent the last eight months of our relationship cheating on me. With multiple women.

“Here, Emma, have a sip,” Megan says, nudging the wine toward me.

“I could’ve sworn I bought batteries and they’re not here.”

“You probably left them at the checkout line. Did you do self-checkout?”

“No, that just takes away from someone’s job.”

“That may be so, but it’s still a job, and the person probably needs it.”

“Well, then the checkout person forgot to put your batteries in the bag. But at least they remembered the wine! What’d you need batteries for?”

Megan’s eyebrows raise, her blue eyes sparkle. “Maybe I can help you out.”

“Why? You have three double A batteries?”

“No.” She grins. “Something better. Get your glass and come with me.”

Our apartment here in Echo Park isn’t exactly what might come to mind if you were to say
Hollywood apartment
. Megan’s an aspiring screenwriter and I’m a college student, studying architecture, just like my dad, whose work has graced the pages of such magazines like
Architectural Digest.
The truth is though, I want to be a painter. Always have, but my parents just assumed that my art inclinations were childhood whims, the type of thing you grow out of in order to pursue a real profession, like a doctor or an engineer or, say,
an architect
. So, while I wish our humble two-bedroom apartment was overflowing with canvases and paint and beautiful books about art, it’s mostly full of architecture textbooks, a drafting table, and Megan’s screenwriting stuff. It’s what you’d call an open layout; the living room, dining area, and kitchen are all basically one space, with the two bedrooms and bathroom off to the left. To the back is the patio, where we sit sometimes and watch the sun set through the thick smog. I live here now because it’s where I grew up and it’s where my family is from, but some day, I’m going to go somewhere beautiful, somewhere that’s not all smog and heat and grit and plastic.

Right now, though, Megan is opening her laptop and motioning for me to sit down next to her.

“Emma, you’re my best friend,” she says. “We’ve known each other a long time. Of course it pissed me off the way Tom fucked you over how he did, but honestly, he’s a dick and everyone is better off now that you two aren’t together. You can do
so
much better than him. I know it’s a total cliché, but it’s true. It’s been six months now, though, and you haven’t shown even the slightest bit of interest in seeing anyone. A rebound, even.”

I shrug and take a sip of wine. “I haven’t met anyone that spectacular. It’s not like I have a ton of time to be going out on dates.”

Megan raises an eyebrow. “You could find the time.”

She’s right, and we both know this. I always made time for Tom, and I suppose a part of me is reluctant to go out there in fear of seeing him cavorting about with some other woman. Social butterfly that he is, it’s not that farfetched of an idea. I just don’t know if I’m ready for that yet.

“If you met the right person, you would find the time,” Megan continues. “And so. I have taken it upon myself to give you a friendly nudge in that direction and help you find that person.” She turns her laptop screen toward me. At first, I’m not exactly sure what I’m looking at, other than there’s a picture of me, the words
beautifuldreamer
, and then what looks to be a series of profile-type questions that Megan has started typing answers into.

“I set you up a profile on Sugar.”

“Because I’m not going to go on a date with someone I meet
online
. No way in hell.”

“Are you saying there’s something wrong with meeting people online?”

“You don’t seem to be that interested in meeting anyone in person, so I thought maybe online might be a better way. Look, this site has over a million registered people. I’m sure there’s at least a few guys you might be interested in. And this isn’t to say you’d have to marry him or anything. Besides, you need a date for your mom’s wedding, and that will be here before you know it.”

I roll my eyes. “I don’t even want to go to the wedding, and I’m certainly not going to bring someone I met online.” My mother’s upcoming marriage to Zack Carter was not something I was looking forward to, for many reasons. Sure, it was great she was starting over, she had found true love, as she so claimed, but of course it had to be with a washed up former Hollywood star who thought he was more famous than he actually probably ever was. He’s not a bad person, but I know as well as the next that this marriage is probably not going to last the year, and if anything, it’s just another turn in the limelight for Zack. We were having a “family” dinner tomorrow night, in fact, as a prelude to a two-week “vacation” at Zack’s lake house leading up to the wedding. This was certainly not how I planned on spending the first two weeks of my summer vacation, but I’m trying to look at the bright side: I’ll get to spend a lot of time lounging by the lake working on my tan and catching up on all the chick lit novels I don’t have time to read during the school year.

“That might be your best revenge.
Hi Mom, congratulations on your wedding day, my date is a sociopath I met online
.”

“Okay, there! You just said it! I’m not doing this online dating thing because I don’t want to end up going out with a sociopath. No, thank you.”

“I was kidding. This site is cool because the screening questions and profile stuff they want from you is really comprehensive. This isn’t the casual encounters section of Craigslist. I’ve actually met several guys through this site and they’ve all been very kind, intelligent, and great in the sack.”

“You do online dating?”

“Of course. Most people these days do. You can only meet so many people out in the real world, you can only be so many places at once. The way I see it is, you’re really limiting yourself if you stick
only
to the real life interactions. The last guy I met on here was from La Jolla. Chris, remember him? The surfer with the Welsh Corgi? I hardly ever go to La Jolla, and even if I did, the chances of me running into him there are probably not that great. But you hop online and look at all the connections that open up. You might feel like your options are totally limited here, but that’s just because you haven’t branched out. You’re not willing to explore other possibilities.”

I take another sip of the wine and give a cursory glance to the laptop screen. She did choose a decent enough picture; it’s one she took herself, when we were at the beach. I’m wearing a pink halter top dress and my hair, which is long and brown and usually a bit unruly, is twisted up into a top knot and looks fairly decent, and my tan has darkened enough to camouflage the sprinkling of freckles across the bridge of my nose, which I’ve never liked despite pretty much everyone telling me how adorable they are.

“What’s up with the
beautifuldreamer
?”

“That’s your screen name. You can change it if you want, but I thought it was fitting. It is one of your favorite songs, after all.”

“I don’t know if I’d say it was one of my favorites; I just like it. We heard it that other day at the store and I told you I liked it, not that it was my favorite.”

Paris Rose by Douglas, Dawn
Dawn of the Planet of the Apes: The Official Movie Novelization by Alex Irvine
Bringer of Light by Jaine Fenn
First Class Hero (First Class Novels) by Harmon, AJ
Angry Buddhist (9781609458867) by Greenland, Seth
The Stockholm Syndicate by Colin Forbes
Storm Maiden by Mary Gillgannon
A is for… by L Dubois
One Hundred Percent Lunar Boy by Stephen Tunney
The Ice Twins by S. K. Tremayne
Our partner