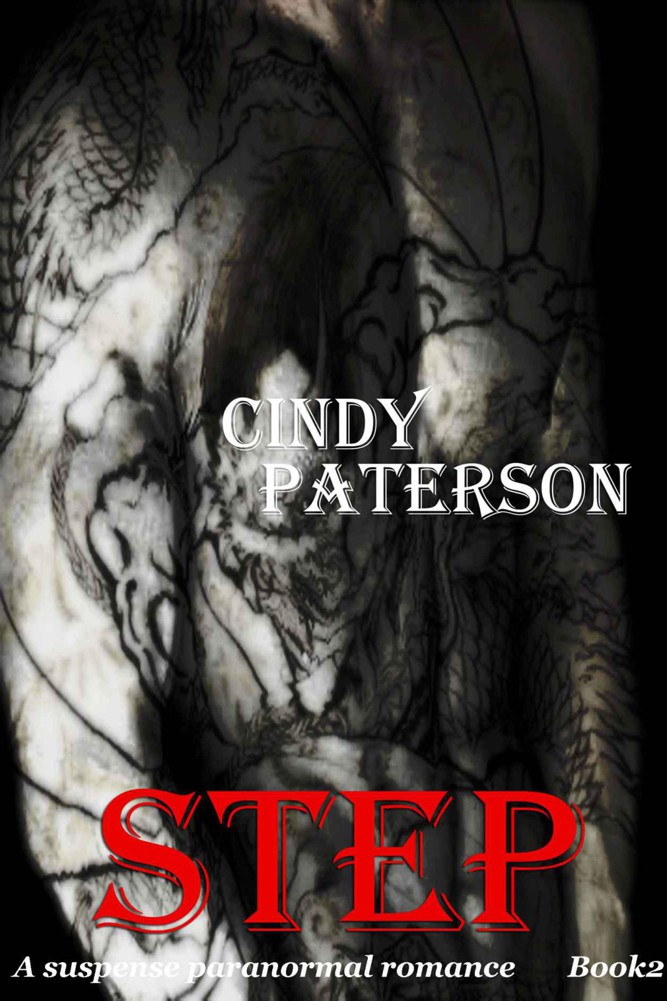 All rights reserved. This book may not be reproduced, scanned or distributed in any printed or electronic form without the permission of the author, except in the case of brief quotations embodied in critical articles and reviews.

Thank you for your love and support through the most difficult time in my life. I am alive because you saw clearly, when I didn’t. Without your helping hands I wouldn’t be who I am today. I am the strong and courageous woman I was always meant to be because of you.

Thank you
to my editor.

My deepest gratitude to Katherine
for reading STEP and giving me honesty and insight, but most of all for loving it. You made me dig deeper. Thank you.

To my brother who designed my incredible cover for STEP. Your support as a brother is boundless.

JUMP -Book 1 in the Senses series

STEP- Book 2 in the Senses series

FALL- Book 3 in the Senses series

Have you read JUMP? Step is the second in the series and you will not understand what is going on if JUMP has been skipped. If you’ve read JUMP, enjoy your read and I hope I can take you away into another place for a few hours!

The Senses are waiting:)

CWO:
Center World Other. Numerous organisms that survived the Ice Age. For thousands of years they remained unknown and hidden, until three hundred years ago when they began emerging to the surface in the form of insects. They were intelligent and figured out how to link themselves to human bodies, possessing the humans’ bodies and souls. The possession takes seven days. Each species has unique qualities, depending on what insect they are. They have shields that make them immune to the Wraiths’ powers. Best guess is that the minerals and heat from the center of the Earth protect CWOs from the elements of nature.

Dreamstep
: Dreaming with another person. A Senses can lead another in a dream, being able to manipulate it. Dreamstepping is best done when linked together by touch, however if a connection between two people is strong enough they can meet in a dream without touching. One can die and/or fall into a coma-like state during Dreamstepping.

DS:
Deep Sleep. A state where one can be put into sleep for short periods of time. It can only be done by a Taldeburu.

The Goddess:
The Goddess Enid who created the Senses from witches in 1610.

GQ (CWO):
Derive from the cockroach. No scent (which makes them difficult to locate). They are arrogant, determined males that use their good looks to lure women to their beds. Tend to dwell in the city areas. They survive by sucking air from the lungs of humans, which gives them a week of life. They heal within seconds, therefore must be decapitated.

Healers (Senses)
: Rare and always women, they are capable of healing other Senses with the touch of their hands, but healing comes with a price. Healers will feel the pain of the injury and see how the injury occurred. This can be severely traumatic and cause temporary weakness. On occasion, a Healer is capable of healing humans, animals, and other entities. Have telepathy.

Lilac (CWO):
The Lepidoptera insect. Lilacs are always women and striking, even if they take over the body of an unattractive woman from a grave. Lilacs go through metamorphosis, just like the Lepidoptera insects that turn into butterflies, gradually over days becoming more beautiful and younger until they are at their full potential of beauty. Lilacs are deadly, considering they trap men in cocoons in order to feed off of them until the men die. They have a powdered substance on their skin and smell like lilacs. Lilacs shoot webs from their fingers to trap their prey.

Maite:
A Senses husband or wife. However, if a Maite breaks any of the Senses laws and are found guilty by council then the Maiting is considered void. A Senses doesn’t have the right to be a Maite is he/she fails to uphold the laws.

Pests (CWO):
Derive from the mosquito. They come from wet, swamp-like areas where graves are near. Always wear sunglasses to hide their yellow eyes. Amazing eye sight. Can be heard by Sounders by a distinct buzzing sound. If you touch their skin it makes you extremely itchy. Fairly harmless.

Realm:
The home of the four Elemental Wraiths. It is considered a fantasy land and what you see is not always what is. It is where council meets to make decisions and judgments regarding all Senses.

Reflections (Senses):
Have strong empathy towards emotions. Some Reflections can take in emotions and alter them, however this can weaken them and cause them pain. They have the strongest telepathically.

Rest:
A coma-like state where a Senses dreams their worst memories repeatedly. Only a Taldeburu can put a Senses in Rest for a predetermined amount of time. However, council can vote for a Senses to be put to Rest.

Scar:
The Goddess Enid embedded an ink drawing on each Senses. The Tattoos come alive when called upon by their Senses in need. Scars must stay within a certain distance of their Senses and will weaken their master. Scars are fierce and some even deadly.

Senses:
The Senses originated in 1610, in a Navarre town called Zugarramurdi, Basque Spain. Witches would gather in a subterranean cave cut through by a river called the Inferukeorreka, “Hell's Stream.” The Spanish Inquisition came to the town and accused men, women, and children of being witches. After weeks of torture, those who confessed to the Inquisition were exonerated. However, twelve of the accused refused to admit any guilt and, as a result, were burned at the stake.

The Goddess Enid later approached a handful of pardoned witches and made them a covenant; in exchange for their sworn fidelity to protect civilization, they would have immortality with extraordinary abilities that derive from the five senses—vision, hearing, smell, taste, and touch. Most Senses have the ability to sense others’ emotions, however a rare few can manipulate emotions and/or change them.

Sounders (Senses):
Can detect high frequencies. They must learn to block out sounds as very high pitches can cause them severe pain. Have telepathy. Excel at telekinesis.

Sublymns
: Children living in the Realm that have died horrible deaths on Earth. The Wraiths have a play land for the children and they can eat anything they want as their bodies don’t require nutrients. They live in perpetual happiness.

Taldeburu:
A leader of a Talde.

Tasters (Senses):
Distinct tastes occur to let them know of what others are feeling around them. Telepathy (poor ability). Telekinesis (poor ability).

Tracing:
The ability to teleport from place to place. Can only Trace to destinations he/she has already been to. Cannot Trace if severely wounded, except to the Realm. Usually cannot Trace with others. Wraiths can Trace anyone to and from the Realm.

Transition:
The state where an individual is turning into a vampire.

Solitary:
A Senses that is not part of a Talde, but instead chooses to live on his/her own.

Visionaries (Senses):
Able to see through certain objects. Some have the ability to use their eyes to burn objects and/or read in hyper-speed. Telepathy. Telekinesis.

Wraiths:
The four Elemental Wraiths were created in order to assist the Senses in protecting mankind from darkness that walks the Earth. They each have the ability to manipulate their element. Wraith of Earth, Fire, Air, Water.

Rayne huddled on the bathroom floor, knees to her chest, arms wrapped around them. The footsteps drew closer. Fear tore through her insides like a helicopter blade. She rocked back and forth, tears streaking her cheeks.

She raised her head and gasped.

“Fuck, babe,” Chocolate Eyes said, stepping forward. He grabbed her arm and hauled her to her feet off the tiled floor. “You look like crap . . . worse
, actually.” He wiped her tears with the calloused pad of his thumb. “You want to get out of this pisshole or not?”