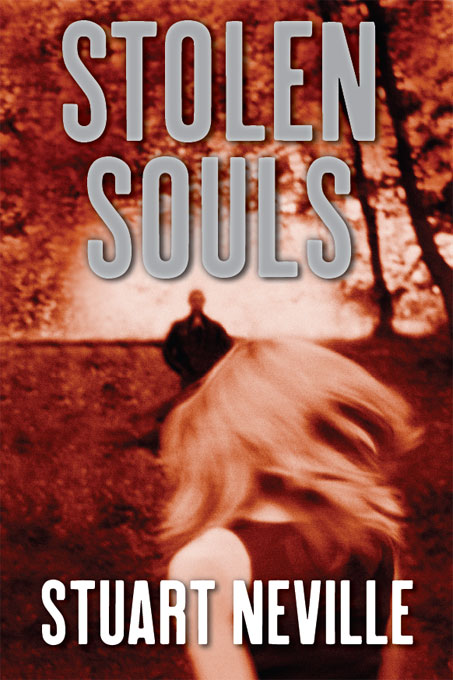 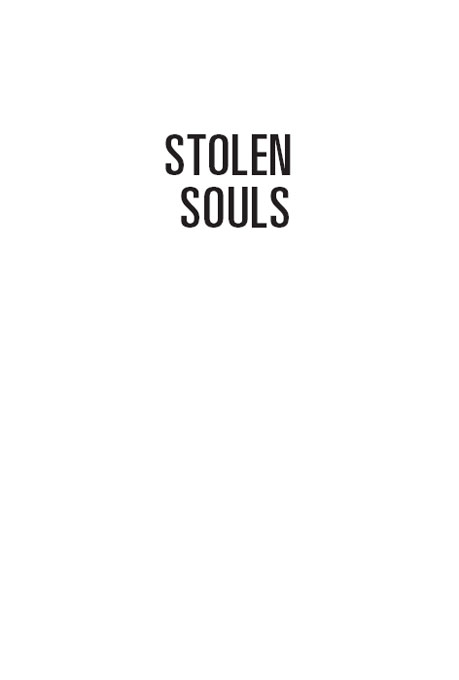 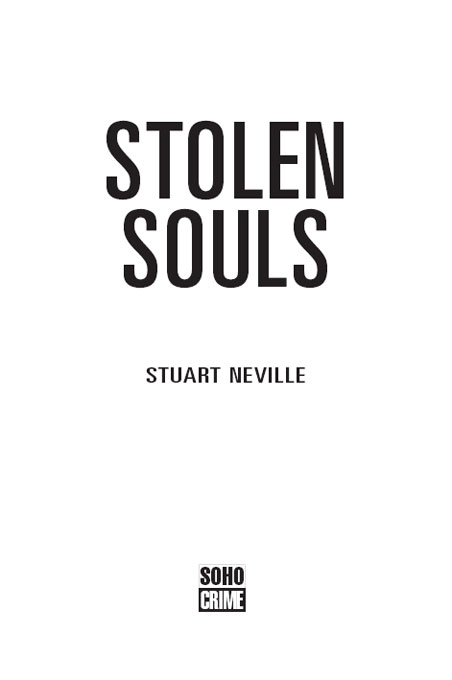 For Jo, and
everything to come

B
LOOD HOT ON
her hands. Red. The brightest red Galya had ever seen. Her mind tilted, her vision disappearing down a black tunnel.

She gasped, pulled air in, and with it a copper smell that went to her stomach and grabbed it like a fist. Bile rose to her throat. She swallowed.

The man’s legs shook as she tried to withdraw the shard of glass, a strip of bed sheet wrapped around one end to form a grip for the improvised knife. She jerked. His eyes gaped. She twisted, feeling the glass grind against a hardness deep inside his neck until something snapped. The blade slipped free of the new mouth it had opened beneath his chin. Red bubbled from it and spread across his Lithuania football shirt, swamping the bright yellow.

Galya stepped back as the blood advanced across the linoleum flooring toward her bare feet. It licked at her toes, warm kisses from the dying man who slid down the wall as his eyes dimmed.

A scream rushed up from her belly, but she clamped her free hand over mouth, trapped it behind her teeth. The hand was slick on her lips, and then she tasted it.

Galya’s gut flexed, and vomit streamed between her fingers. Her legs dissolved. The floor came at her like a train. She sprawled in the wetness and the heat, tried to scramble away from it, but it was too slippery against her bare skin.

The scream came again, and this time she could not hold it back. Even though she knew it would kill her, Galya let it burst free, a terrified bird escaping from the cage of her chest. The howl dragged every last swallow of air from her lungs. She inhaled, coughed, breathed in again, brought her mind back under control.

Galya listened through the rushing in her ears.

Silence, save for the choked bubbling from the man’s throat. Then a knock on the bedroom door. Tears came to her eyes, frightened little girl tears, but she blinked them away. She was not a little girl, hadn’t been since Papa died almost a decade ago.

The glass blade still rested in her bloodied fingers, the tip missing, the rag grip soaked through. Maybe she could keep them back. They would see their dead friend and know she could do the same to them.

Fear cut through her. No, she could not keep them back with this piece of glass. Again, the urge to weep. She pushed it away once more.

“Tomas?” The voice slurred out some more words. She knew a little Lithuanian, but not enough to understand the drunken questions coming from the other side of the door.

“You all right in there?” Another voice, the English spoken with the hard twang of this strange, cold place. “Don’t be leaving any marks on that girl.”

How many were there? Galya had listened to the voices as they arrived. Two spoke Lithuanian. One of whom now lay beside her on the floor. The other English with an accent strong enough for her to hear he was Irish. One of the two brothers, she thought. After a week of listening to their conversations through the locked door, she had learned one was named Mark, the other Sam. Only one of them was here tonight.

“Tomas?” A fist hammered the wood. “Listen, stop fucking about in there. I’m going to kick this door in if you don’t come and open it.”

Galya got to her knees, then up on her feet, the air chilling the wetness on her stomach and thighs. The plain gray sweatshirt and pair of jogging bottoms they’d given her lay on the dressing table. She grabbed them, juggled the glass from hand to hand as she pulled them on, feeling the fabric stick to the blood. Foolish, perhaps, but she felt safer clothed.

The door rattled with each thump. The other Lithuanian cursed beyond it.

Galya blinked as the door jerked in its frame, the noise booming in the bedroom. She backed toward the corner, gripping the glass knife in front of her. Another boom, and the light bulb swayed on its cord above her head. She wedged herself into the angle where the two walls met. The glass quivered in front of her eyes.

She prayed to her grandmother, the woman who had always protected her and her brother, ever since they had been orphaned. The old woman had been Mama to them for as long as Galya could remember. Now Mama lay in the ground hundreds of miles away where she could no longer give protection. Galya prayed to Mama’s departed soul, even though she did not believe in such things. She prayed that Mama would look down on her granddaughter and take pity,
Oh
please Mama, come down and take me away please Mama oh pl
—

The door burst inward, slammed against the wall and bounced back. The Lithuanian blocked it with his shoulder as he entered. The Irishman followed. They stopped when they saw the dead man.

The Irishman said, “Fuck me.”

Galya shrank into the corner, made herself as small as she could, as if they wouldn’t see her cowering there.

The Lithuanian cursed and shook his head, his eyes watering. He rubbed his big hand across his lips.

“Jesus, Darius,” the Irishman asked, “is he dead?”

“We all dead,” Darius said.

“Arturas,” the Lithuanian said. “He kill us both. You brother also.”

“No matter. We all dead.” He pointed a thick finger to the corner. “’Cause of her.”

Sam turned to look at Galya. She raised the glass blade, cut the air in front of her.

“Why you do this thing?” Darius asked, his face slack with despair.

She hissed, the glass sweeping in an arc at his eye level.

Galya understood every word. She choked back a giggle at the deception, felt her mind flutter like a flag in the wind, ready to tear itself free. For a moment she thought she might let it go, let insanity carry her away, but Mama had not raised her to give in so easily. She bared her teeth and showed them the blade again.

“What are we going to do?” Sam asked.

“Get rid him,” the Lithuanian said.

Sam’s eyes brightened. “What, dump him?”

“We say Arturas, you brother come here, take her out of this place, no come back. Arturas ask where go, we say we know nothing.”

“Will he believe us?” Sam asked.

Sam nodded to the corner. “What about her?”

“What you think?” the Lithuanian said.

Sam blinked and stared at him.

“Go.” The Lithuanian stepped aside. “Take
stiklas
from her.”

“Take what off her?” Sam asked.

“
Stiklas, stiklas
.” The Lithuanian searched for the word. “Glass. Take from her.”

Galya slashed at him, almost caught his forearm.

Darius pushed him back. “Take from her.”

“Away and shite,
you
get it off her.”

The Lithuanian cursed and bulled his way past. Galya swiped the glass blade through the air in front of him, but he caught her wrist in one easy movement. He twisted once, hard, and the blade dropped to the floor. His thick arm snaked around her throat, and she smelled leather and cheap aftershave with her last breath before everything fell away into darkness.

She dreamed of Mama’s coarse hands, and warm bread, and a time when she only knew Belfast as that wretched place they sometimes talked about on the radio.

S
CREAMS WOKE
D
ETECTIVE
Inspector Jack Lennon. He shot upright on the couch. How long ago had he dozed off? Not that long. The film still played on the television.

Another scream and he was on his feet. It had been a week or more since Ellen had last erupted from her sleep, howling at the nightmares that dwelled there.

His daughter had witnessed more suffering than any human ever should. Lennon was constantly surprised that she could function at all, that she had the inner strength to go on. Maybe it was the stubborn streak she had inherited from the mother who died beside her. He had left Marie McKenna’s body to the flames when he carried Ellen unconscious out of that house near Drogheda. She never spoke of what happened there. Perhaps she didn’t remember, or simply didn’t want to recount the events. Either way, Lennon was relieved. He wasn’t sure he could bear to hear it from her lips.

Up The Tower by J.P. Lantern
El Resucitador by James McGee
The Stolen Girl by Samantha Westlake
Enchanter by Sara Douglass
Sari Robins - [Andersen Hall Orphanage] by What to Wear to a Seduction
Submission Becomes Her by Paige Tyler
Priceless: The Case That Brought Down the Visa/MasterCard Bank Cartel by Lloyd Constantine
Grand Conspiracy by Janny Wurts
Professional Boundaries by Jennifer Peel
Gilded Age by Claire McMillan
Our partner