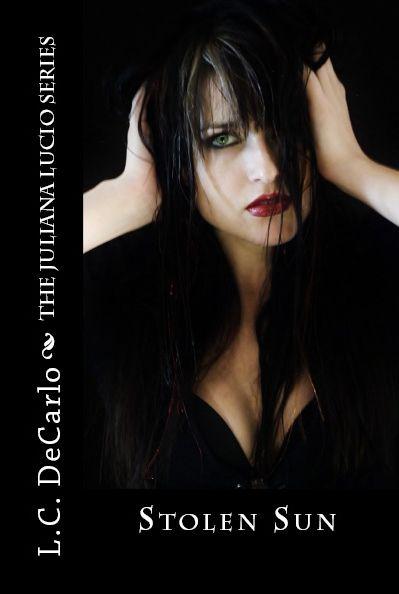 All Rights Reserved. No part of this publication may be reproduced, stored in a retrieval system, or transmitted, in any form or by any means, without the prior permission in writing of the publisher.

The scanning, uploading, and distribution of this book via the Internet or via any other means without the written permission of the publisher is illegal and punishable by law. Please purchase only authorized editions, and do not participate in or encourage electronic piracy of

This is a work of fiction. Names, characters, places, and incidents either are the product of the author’s imagination or are used fictitiously, and any resemblance to actual persons, living or dead, business establishments, events, or locales is entirely  coincidental.

To
,
Daniel, my Husband for his unending patience and encouragement. I would not have
done this if it weren’t for you.
Thank
you, from the bottom of my heart.

To Ethan and Dylan for teaching me what love really means, and providing me with the inspiration to write about it.

For m
y sister, Gina Villavicencio
, thank you
for your
honesty, and helping me make corrections.

To,
Regina Leon
thank you for your
guidance and sup
port when I felt I was lacking, and
encouraging me t
o
continue.

To
,
Cheryl Grasso
thank you for your kn
owledge
,
and for
impart
ing
a little of it in me.

And to my parents
,
thank you for instilling in me the love of reading.

I hope I can make you all proud.

M
y
name is Juliana Lucio, and I’m about to finish my residency as an Emergency Medicine Physician at The University of Chicago Medical Center. Well, I would be that is, except my life, my human life, was just stolen from me, resulting in a chain of events that have thrust me into a world, which I never believed existed--outside the latest new release or odd dream. I still remember the first time I saw the woman who stole my life from me. Yes, it was violently stolen, not freely given, not asked if I wanted it taken from me, never even warned for that matter.

I had only seen my perpetrator a few times; we
worked together yet had never even met.

The first time I saw her I was working the night shift. I love

night shift
.  T
hat’s when all the fun stuff happ
ens; the drunks and traumas
come rolling in the door. I had just started my shift and was walking toward the nurse’s station when I looked up and I saw her walking toward me. She was very tall for a woman; nearly six feet
.
S
he was slender with long straw-colored hair, and her skin was so pale that it was almost the color of ash from burning embers.

There was just something about her
;
something that made her stand out to me as being so different from everyone else that I actually looked around to see if anyone else was seeing what I was seeing.

It wasn’t
her appearance that made a statement
or brought attention to her
;
in fact
,
she appeared to be trying very hard to go unnoticed.

It was her very presence itself that seemed to draw my attention directly to her, a magnetic pull that had me alarmed yet curious to know more. I felt a pulling in the back of my mind telling me to look away, almost as if a voice was there whispering for me to do so. I knew deep within my soul that I needed to pull my eyes away from her, but I simply didn’t want to. I wanted to try and figure her out.

She had a completely cold look to her face that was utterly expressionless.
I thought this was the most different thing about her; everyone else always looked happy, sad, angry, confused, at the very least bored, but with her there was nothing, completely blank.

My deep consternation was broken through by the sound of the trauma alarm going off and an ambulance rolling through the bay. I ran to catch up with the rest of the trauma team catching the last of the report from the paramedics
.
A
s I glanced back over my shoulder
,
I could see her standing there giving me a considering evaluation of her own. By the time I had finished with the trauma she was gone, and I didn’t see her again for the rest of the night.

My next
encounter
with her was several weeks later and much of the same. I saw her coming toward
me
,
and I couldn’t
take my eyes off her
.
S
he gave me another hard look with no emotion; no twitches in her eyes, no change in her nonexistent smile as she kept walking past me.

I had to find out who she was, how had I never seen her before?

I stopped one of the nurses who knew everything about everyone, and loved to let everyone know it
.

“Yeah, but you know how the weekends are, all the drunks come out to play.”

“I know, great isn’t it? Hey
,
did you see that new nurse
?
I heard she was interesting to work with?” I said fishing for information.

“Really, a doctor? I’m surprised no one’s introduced my new boss to me yet. Where’d she transfer from?”

Mary was shuffling through a couple different charts and wasn’t really paying attention to me by this poi
nt.

“Nothin’
,
sorry to bother you. Hey, can you give room two his discharge papers when you have a second?”

I turned and headed back to the desk that my computer was on and all I could thin
k about was who this person was.  A
ll Mary could say was, “Oh, that’s Ana.” Nothing more, nothing less
.
I
t didn’t
seem to register that something was off with her.

I just thought to myself, w
ho hired her
?
D
on’t they know something isn’t right?

I started trying to research and find causes for her odd behavior and appearance, finding nothing plausible. I kept coming back to her ashen features, the pull I felt in the back of my mind when I was near her. Nothing seemed to make sense, and I was only finding websites with oddball blogs and the latest movie releases. I was getting nowhere.

The third and final time I saw her, while I was still human as least, was a week later at work.

This time she was working in a separate section in the ER for the less critical patients. It was slow that night
,
so after treating a patient, I brought the chart over to be racked
.  S
he was typing away at the computer, only moving her fingers, and staring blankly at the computer screen.

I gave a silent huff, and thought
,
Oh, this isn’t obvious. Moving only your fingers with unnatural speed, the rest of you like a statue. How do they not know?

The moment I finished the thought her eyes shot to my face, and though they were only there for a second
,
I thought they might
bore a hole right through me.

They were the color of turquoise
with gold
specks throughout, and the most beautiful thing I had ever seen.

I instantly thought, Vampire. I couldn't say where the thought came from exactly, but I knew with absolute certainty that it was true
:
yet

I simply turned and walked away.

I started becoming
even more
obsessed with figuring her out
.
I couldn't concentrate on any of my patients that night, only thinking about her.

Not only was I questioning my sanity by letting my over-active imagination run away with me, but I couldn’t
help but wonder who would hire her to be around injured and bloody patients
.  W
eren’t they worried? At the very least, she couldn’t
have a very good bedside manner.

My shift was finally over
;
I was going to go home and put her out of my mind.

The employee parking garage is about a block away from the hospital, sucks I know.

I always seem to be stuck parking at the very top of the fifth floor structure because I generally work late.

I try to park as close to the elevator doors as I can
;
this way I can get right into my car and leave quickly
.
I figure I’m
safer this way. Not this night.

When I stepped out of the elevator I saw that there was someone standing on the other side of the parking garage. I was instantly nervous and went straight to my car with my keys in hand. I looked down at my purse to get my phone, and when I looked up again Ana was standing there in front of me. The movement was faster than my mind could even comprehend, and she had me instantly paralyzed
with fear.

She looked straight into my eyes as she had earlier in the evening and deliberately stated, “You looked right at me.”

Because
it wasn’t
a question and I didn’t
think I could speak anyway, I didn’t
respond.

After looking at me inquiringly for what felt like an eternity but what
m
ust have been only a
moment
, she did ask this time, “What do you see?”

After making sure I was still breathing and my heart hadn’t stopped yet, I was barely able to whisper, “Vampire.”

It was so quiet I could scarcely hear myself, but I knew she could hear me.

I decided later that it was the stupidest thing I have ever said. Why didn’t
I lie? Why did I have to tell her? If I could have just kept my mouth shut, my life wouldn’t
have been irrevocably changed
in that moment.

Her simple response was, “I thought so,” and in that instant she was on me. She had clutched my wrists to my sides so hard that one of them
shattered
.  H
er teeth were in my neck
,
and I could feel my blood pouring from me into her.

I was going to die.

I was in excruciating pain and my heart was pounding in terror to the beat of a humming bird's wings. I couldn’t
scream because of the hold she had on my throat. I couldn’t
move because she had me pinned so tightly with my shattered wrist. All I could do was cry silently in agony, with tears of devastation. I couldn’t
speak outwardly because of her grip on my throat, but in my mind I was screaming, “I have children! I have two boys! They need their mother! I have a good husband who loves me!”

It didn’t
seem to make a difference, and as my strength faded
,
I thought of my children’s first cries as they came into this world
;
how I would rock them to sleep at night, making love with my husband for the first time, and one last time I told them all that I loved them.

That is how my first life was savagely torn away from me with bloody fangs, without ever having been given a second thought, and how
my second life began with my sire; Ana Chase.

Happy Medium: (Intermix) by Meg Benjamin
Emmerson's Heart by Fisher, Diana
The Ghost of a Chance by Vivien, Natalie
Divorce Horse by Johnson, Craig
Inspector Green Mysteries 9-Book Bundle by Barbara Fradkin
Christy Miller's Diary by Robin Jones Gunn
Prey for a Miracle by Aimée and David Thurlo
Alone In The Darkness by Matthew Buza
Connect the Stars by Marisa de los Santos
Beyond by Maureen A. Miller
Our partner