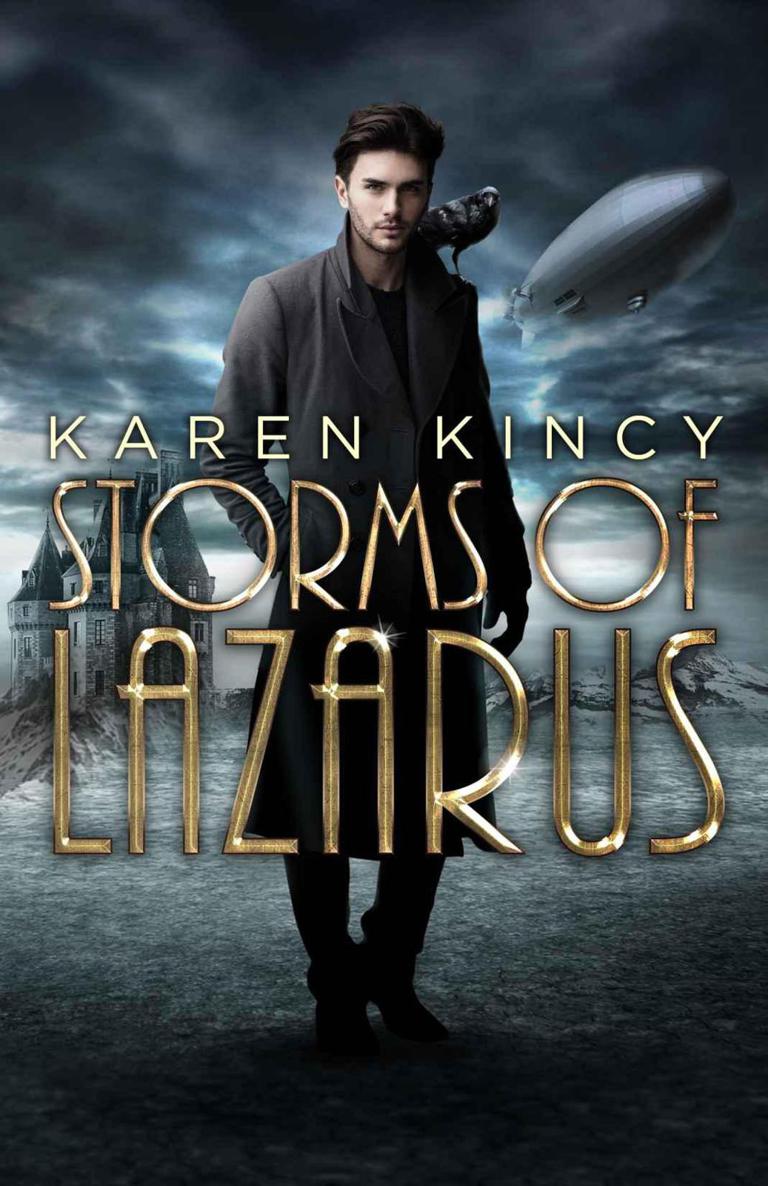 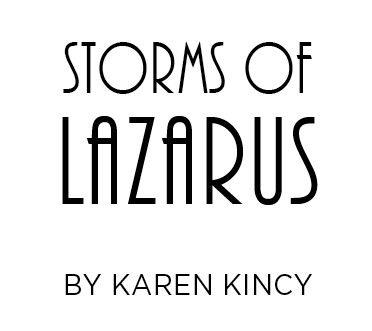 No part of this book may be reproduced without written permission from the author.

This is a work of fiction. Names, characters, places and incidents either are products of the author’s imagination or are used fictitiously. Any resemblance to actual persons, living or dead (or any other form), business establishments, events, or locales is entirely coincidental.

To everyone who loved the first book and wanted more.

In the dead of night, Ardis heard the necromancer singing. She braced herself at the edge of the ridge, kicking her boots deeper into the snow, and glanced backward. Wendel wasn’t more than a few paces behind her. He trudged with his head bowed, his ragged black hair shadowing his face, his breath milky in the moonlight.

His honey-gravel voice lent itself well to the melody, even if he wasn’t entirely on key.

Was it? Ardis had lost track of time, somewhere between fleeing Constantinople and hiding from an ancient society of assassins.

“You have a lovely singing voice,” Ardis said, “but—”

“But be quiet. We’re escaping.”

“Escaping.” Wendel grinned like he couldn’t help himself. “Exactly.”

Her sigh fogged the air, and she rubbed her mouth to hide her smile.

“How close are we to the border of Bulgaria?” Ardis said.

Wendel shrugged. “Who knows. We don’t have a map, remember?”

She narrowed her eyes and resisted the urge to snap at him.

Wendel climbed the last few feet between them. He hooked his arm around her shoulders and tugged her against himself.

Wendel pointed at distant lights glittering beyond the forest.

“We aren’t lost,” he said. “We can spend Christmas in that village.”

Ardis wanted to believe him, but she was afraid that they had come all this way for nothing. Because she hadn’t seen him this happy before, not in the time she had known him, and the necromancer seemed cursed by sadness.

She couldn’t tell him that, of course. She had to be strong for them both.

“I don’t suppose you have any of your inheritance left?” Ardis said.

Wendel snorted. “I’m dead broke.” He paused. “Though at least I’m not dead.”

She elbowed him. “I told you not to keep joking about that. It’s morbid. And you of all people should know that.”

He rubbed his ribs and backed away from her. “Thanks for the mortal wound.”

Ardis rolled her eyes and kept walking. The truth was, the necromancer
was
fine. Even though she had watched him die.

She blinked away those memories and concentrated on her footsteps.

“Since we have no money,” she said, “we should look for a nice barn to sleep in.”

“Or a stable. That’s the Christmas spirit.”

Ardis glanced sideways at Wendel. He was trying not to grin, and failing.

“I hardly think I’m the Virgin Mary,” she said dryly.

“Not a fan of immaculate conception?”

A blush blazed across her cheeks. “Not a fan of babies.”

“Even the Baby Jesus?” He laughed. “Heretic!”

Down below the ridge, flashlights swept the forest. Ardis skidded to a halt and grabbed a tree branch to steady herself.

Wendel crouched beside her and touched her elbow.

A flashlight beam swung across the trees and illuminated the bushes behind them. Ardis scooted deeper into the underbrush and flattened herself against the trunk of a pine. Wendel tensed but stayed where he was.

Wendel shrugged, his eyes narrowed, and reached inside his coat. He stopped himself halfway. Ardis knew he was looking for Amarant, but of course he had lost the black dagger to the man who had killed him.

“There are only six of them,” Wendel said softly.

Ardis stared down the ridge. He was right. Half a dozen men carrying flashlights, all of them bundled in wool and furs.

Wendel shook his head. “I don’t think so. They still think I’m dead.”

Wendel still stood against the snow, his black clothes and black hair a stark contrast. Such an obvious target. Gritting her teeth, Ardis lunged to her feet, grabbed his arm, and dragged him down to hide beneath the pine.

“Why would the Bulgarians be looking for us?” Ardis said.

Wendel paused. “We are both fugitives.”

The six strangers climbed the ridge, their flashlights growing brighter.

“But we never did anything illegal in Bulgaria,” Ardis said.

She shot a glance at Wendel. “Really?”

Which meant the Order of the Asphodel had commanded him to kill.

Wendel raised his finger to his lips and flattened himself to the ground. He grabbed Ardis’s shoulder and pushed her down. She huddled against him, her heartbeat thudding, and held her breath so it wouldn’t cloud the air.

The man shone his flashlight up the ridge, then twisted around and beckoned his comrades onward. He still stood close enough to Ardis that she could reach out and touch him if she wanted. Her lungs burned as she forced herself not to exhale. Finally, the man clomped away, kicking flecks of snow into her face.

Ardis let her breath escape in a puff of white.

Wendel stiffened, his shoulder pressing hard against hers. She glanced at him and saw him flare his nostrils, but she didn’t see why.

The hoarse croak startled Ardis. Her head snapped toward the noise. A bough in the pine tree bounced, shedding a flurry of snow.

A black bird landed with a thump on a fallen tree. It was too big to be a crow, with a wicked beak and glittering eyes. The raven cocked its head and stared at Wendel. Expectantly. Ardis knew what it wanted.

“Wendel,” she whispered. “Hide your necromancy.”

Ardis jerked her head toward the raven, like Wendel wasn’t already staring. Wendel’s eyebrows angled into a frown. He looked like he wanted to incinerate the bird with his stare. The raven ruffled its feathers and hopped nearer.

This was bad. If the Bulgarians noticed—

A flashlight swung in their direction and spotlighted the raven. Glossy black feathers gleamed as the bird pumped its wings. The raven swooped low over the snow and landed on the lowest bough of the pine tree.

Right over the necromancer.

The Bulgarians stared at the bird. One of the strangers pointed his flashlight into Ardis’s eyes. Blinded, she crawled backwards.

In German or English?

Ardis froze with her hands flat on the snow. She could feel it melting beneath her palms.

“On your feet,” said the stranger.

That was definitely English.

Ardis climbed to her feet with her hands above her head. She squinted at the flashlight. The stranger was still a silhouette. Slowly, Wendel also stood, though he spread his hands at his sides in an appeasing gesture.

“Excuse me,” Wendel said. “Are you looking for us?”

The stranger shone his flashlight in Wendel’s face. “No German.”

Wendel sighed, as if he had a right to be peeved, and repeated himself in English.

“Are you looking for us?”

Make that flawless English. Ardis narrowed her eyes at Wendel for neglecting to mention his fluency earlier. He spoke with a subtle crispness that had to be the accent of a Prussian prince. Which, of course, he was.

The stranger breathed out in a puff of white. “Perhaps.”

Wendel snapped his fingers. “I owe you, Ardis. This
is
Bulgaria.”

Ardis glared sideways at him.

Zlatkov lowered his flashlight, and Ardis glimpsed the nervous twitch of his mustache. He rattled off something in Bulgarian to his comrades. The smallest man among them stepped forward, his hood shadowing his face.

Nobody moved for a moment. Then somebody shoved the smallest man, stumbling, toward Wendel. His hood fell back from his face and revealed the truth—he wasn’t a man at all, but a woman. She had porcelain skin and cornsilk blonde hair, cobwebbed with white, though her face looked young and beautiful.

Wendel stared at the woman. He closed his mouth, then opened it again.

The woman edged closer to Wendel. When the light caught her eyes, they flashed like those of a wolf. Wendel’s lips parted with what could be fascination or repulsion. The woman stopped only inches from the necromancer. He tilted his head and narrowed his eyes, then lifted his hand as if he meant to stroke her cheek.

“Yes,” the woman said, the word a little sigh.

She closed her eyes, her face tight with longing, and leaned closer to Wendel.

Then two men jumped forward and grabbed the woman’s arms. They dragged her backward, yelling in Bulgarian, though she didn’t resist. Officer Zlatkov reached into his jacket, drew a pistol, and aimed between Wendel’s eyes.