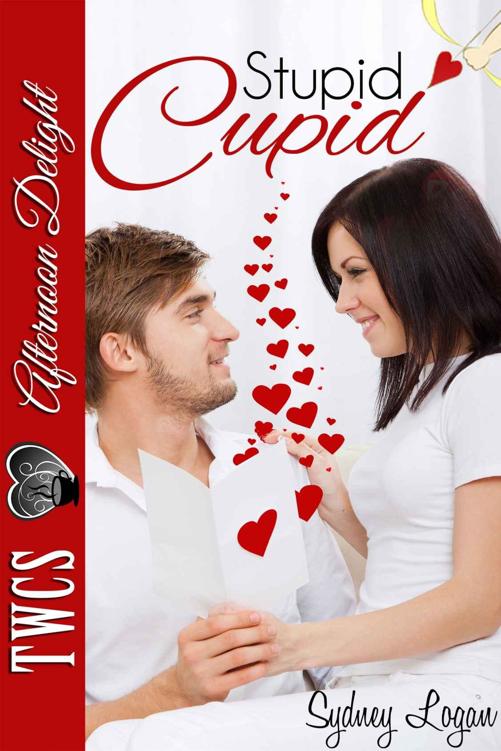 This work is copyrighted. All rights are reserved. Apart from any use as permitted under the Copyright Act 1968, no part may be reproduced, copied, scanned, stored in a retrieval system, recorded or transmitted, in any form or by any means, without the prior written permission of the publisher.

All characters and events in this Book – even those sharing the same name as (or based upon) real people – are entirely fictional.  No person, brand or corporation mentioned in this Book should be taken to have endorsed this Book nor should the events surrounding them be considered in any way factual.

This book is a work of fiction and should be read as such.

Annalise, my co-worker and best friend, looked up from her laptop and grinned at me.

“That’s unfortunate, Jada, since you work for a greeting card company.”

It
was
unfortunate. After all, I hadn’t spent four years getting my English degree so I could spend my days writing sappy messages for greeting cards. However, my student loans couldn’t wait for me to write the great American novel, so I’d accepted the job at
Heartfelt Designs
writing Christmas card greetings. I never planned to make a career out of it, but that all changed six months ago, when I was promoted to associate writer within our Valentine’s Day division.

Or as I like to call it, the eighth circle of hell.

“I don’t understand, Jada. I mean, look at this place,” Annalise said, waving her hands around the room. “How could you not be in the Valentine’s Day spirit with all these decorations?”

This year’s marketing campaign was
Cupid’s Arrow,
and the entire office looked like a bottle of Pepto Bismol had exploded on the walls. Splashes of red and pink were everywhere and hundreds of little Cupids with his bow and arrow dangled from the ceiling. It was enough to make any sane person go mad.

Annalise, however, wasn’t sane. She lived for this holiday. Of course, she had an amazing husband who lavished her with love all the time. The constant arrangement of fresh flowers on her desk and the endless pings of her email were evidence that he was attentive and sweet.

“Valentine’s Day is for people who are in love, or at least pretend to be,” I muttered, groaning a little when an image of a sickeningly sweet couple standing on a yacht appeared on my monitor.
Like that’s relatable in this economy
. “Billions of dollars are spent each year on this
one
day. Shouldn’t you show your love year-round?”

“You should, but not all couples do. Some need reminders.”

Austin, my ex-husband, had always needed reminding about important dates like birthdays or holidays. It would be so easy to blame my cynicism on him, but truthfully, I’d always been a little disgusted by all the hoopla surrounding Valentine’s Day.

I was clearly in the wrong profession.

“Do you know what you need, Jada? You need Cupid to shoot you in the ass with one of his arrows. How long has it been since you’ve gone out with someone besides me?”

“That’s what I thought! It’s Friday, Jada. You should do something besides sit at home.”

“Yep. There’s a Brad Pitt marathon on cable, starting with
Thelma and Louise
and ending with
Mr. and Mrs. Smith
.”

Annalise groaned. Luckily, her phone rang, rescuing me and allowing me to focus on my laptop once more. I finally found a picture of a young boy kissing his little girlfriend on the cheek. It wasn’t terribly original, but it was cute enough to make me pause and jot down some notes.

Love is eternal, no matter the age.

Remember when I used to meet you at the door, wearing nothing but an apron, and you’d lift me onto the kitchen counter . . .

“I’d cross out that last one,” Annalise said as she peeked over my shoulder.

Mario was our division supervisor and always eager for fun, creative designs that customers might not find with the larger greeting card companies. He’d loved our
Men in Uniform
e-cards we’d developed just in time for Father’s Day.

“He’d probably go for just about anything you offered him.”

“I’m not dating the boss, Annalise.”

Annalise wiggled her eyebrows. “Who said anything about dating?”

She giggled and returned to her desk just as Heather, one of our interns, walked into the room. She took one look at the decorations and began to clap wildly.

The rest of the afternoon was the same. Everyone in the office was just so
festive
, eagerly anticipating February 14, and far too excited about the holiday party, where our
Cupid’s Arrow
line of cards and gifts would be unveiled.

I felt like Scrooge, and it wasn’t even December.

With a heavy sigh, I closed my laptop. “If anyone needs me, I’ll be down in the dungeon.”

That’s what we affectionately called the basement, home of our graphics department. Some of the more devoted artists were famous for living in the dungeon for days while working on a project. The lack of windows meant no natural light, and the place was always freezing.

“I hate going down there,” Annalise mumbled.

I shrugged. “It’s not so bad. I have a meeting with the new illustrator.”

“Do you know his social security number, too?”

I rolled my eyes. Annalise was far too nosy for her own good.

“Wonder what would bring an Oklahoma boy to New York City?”

Maybe I’m too nosy for my own good, too.

Annalise shrugged. “No one knows. Rumor has it he’s pretty private. He doesn’t really socialize with anyone outside the office. They say he’s wicked talented, though.”

“Maybe he can take this Valentine’s theme and do something creative with it. Something that’ll make me a little less desperate to stab the nearest Cupid with his own pointy arrow.”

“I still say you just need a Cupid of your own.”

I was always surprised at the calm atmosphere of the graphics department. Sure, the place was filled with illustrators and designers, working tirelessly on their projects, but there was rarely idle chitchat or gossiping around the water cooler. These artists were hardcore and focused. When I was feeling particularly stressed, I’d sometimes hide down here, just to have a moment of peace.

No one noticed as I made my way into the room. Everyone was in their cubicle, heads low, totally engrossed with whatever design was on their desk. Glancing around, I looked for any unfamiliar face, assuming he’d be the new guy. Finding no one, I sighed a little too loudly, and one of the nearby artists glanced up from his work.

He rubbed his eyes. “Deadlines are hell, but you know how it is.”

“I do, yeah,” I said sympathetically. “I didn’t mean to disturb you. I was just looking for the new guy. I’m a little early, I guess.”

I laughed. “I didn’t think you guys emerged from the darkness for something as trivial as lunch.”

“Most of us don’t. If it can’t be delivered to us in a take-out carton, we just don’t eat,” Travis said, chuckling. “Nathan always goes out, though. You could wait at his desk if you’d like. He should be back soon.”

Travis pointed the way, and I thanked him before walking toward Nathan’s cubicle. I felt a little intrusive as I sat down at his desk, but I couldn’t deny I was impressed. His workspace was neat and orderly—a definite rarity down here in our graphics department. I didn’t touch his things, but I couldn’t help but notice the little personal touches he’d added to his area. An art degree from Oklahoma State was displayed on the left wall. A Garfield comic strip, autographed by Jim Davis, was in a frame on his desk. There were some pictures, too, of a beautiful little girl with bright blue eyes and long blond hair. In one picture, she was dressed in a plaid school uniform and holding a
Beauty and the Beast
lunch box. In another, she was at the beach, perched on the shoulders of a handsome, shirtless, and muscular man with the same striking blue eyes.