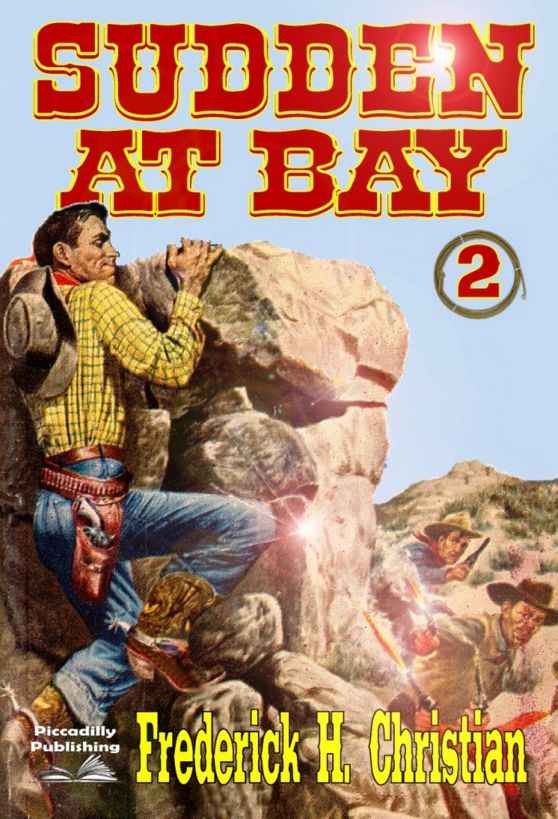 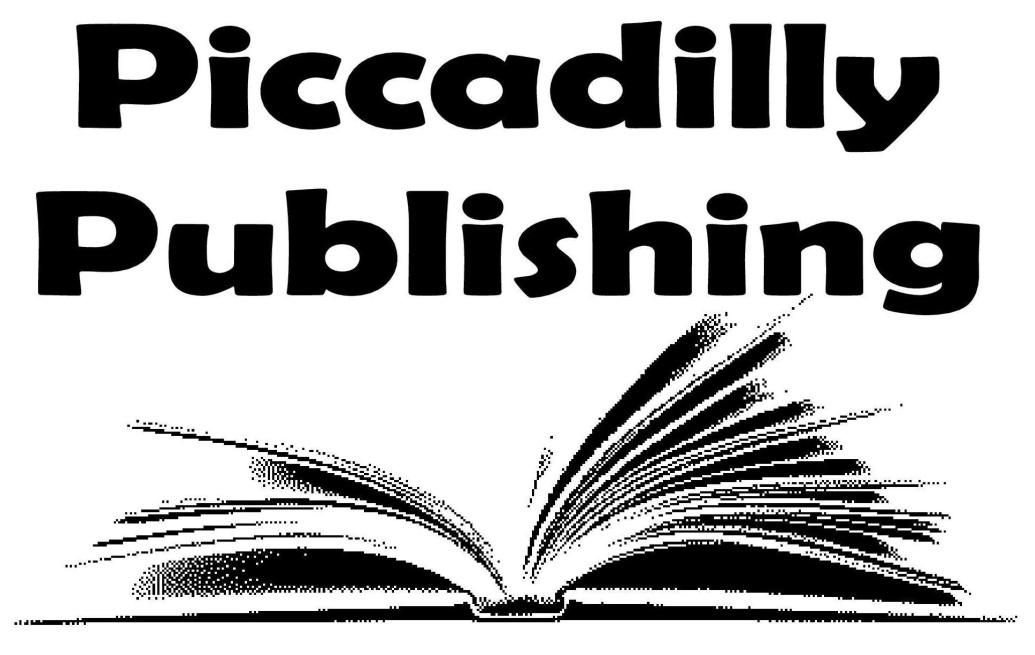 The Cotton boys owned the town.
Nothing moved in or out without their say–so. Drifters weren’t
encouraged. Move on, they were told. There’s a lot of lead in the
air.
All except one moved on. He was a
dark-
haired stranger who gave the name
Green,
and asked about two men he was
looking for. When the Cottons tried to gun down an
unarmed kid, he took a hand. The Cotton
boys decided to make an example of him to
the rest of the town. They didn’t know
what they were taking on, but they found
out - SUDDEN. 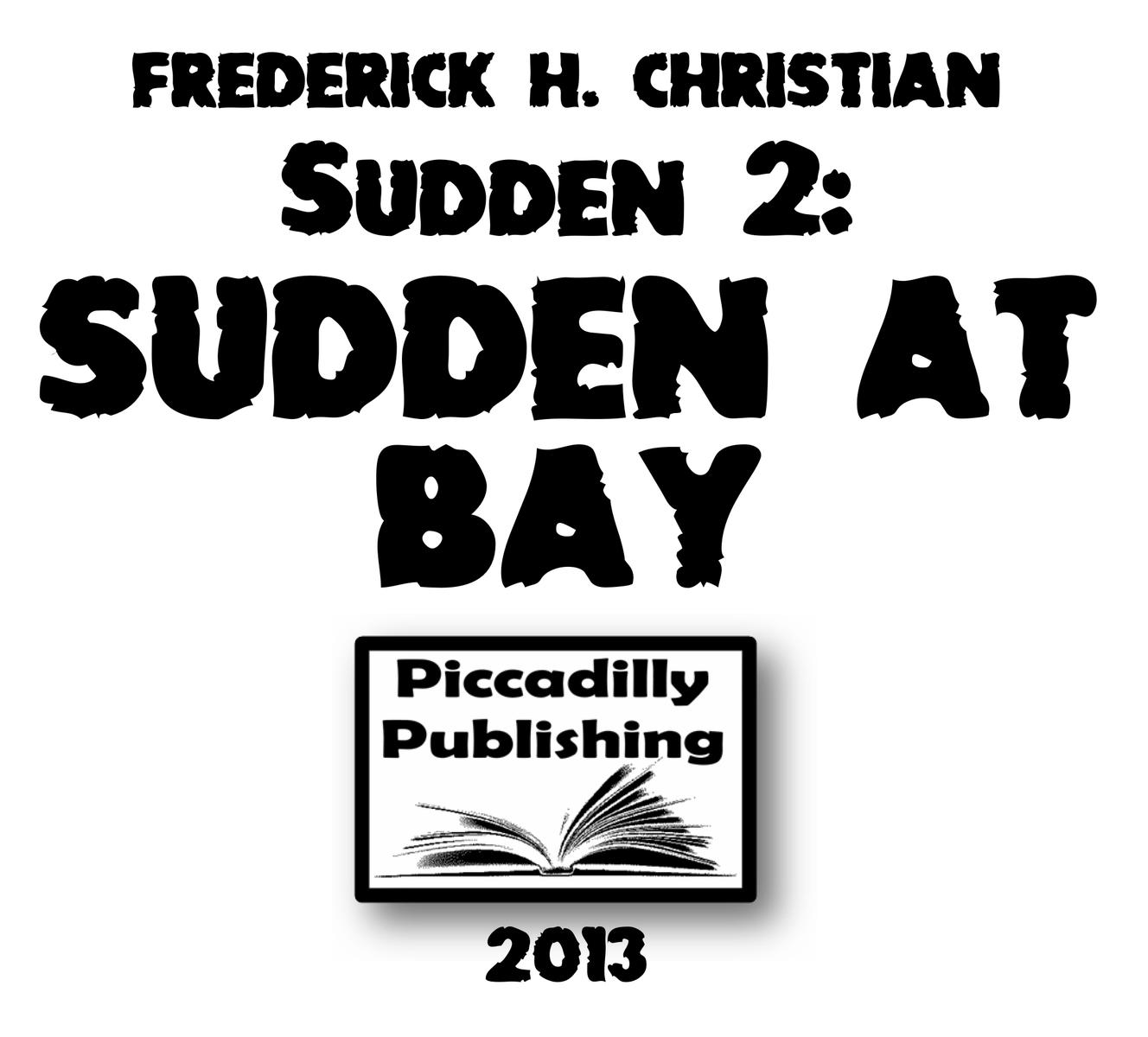 Names, characters and incidents in this book are
fictional, and any resemblance to actual events, locales,
organizations, or persons living or dead is purely
coincidental.

This ebook is licensed for your personal enjoyment
only. This ebook may not be re-sold or given away to other people.
If you would like to share this book with another person, please
purchase an additional copy for each reader. If you’re reading the
book and did not purchase it, or it was not purchased for your use
only, then please return to Smashwords.com and purchase your own
copy. Thank you for respecting the hard work of this author.

This is a Piccadilly Publishing Book

Published by Arrangement with Frederick Nolan.

For Anthony Mock, Hornbold,
the delightful Mrs. T.
—
and Mumbles.

‘
Are yu comin’ out, or do I have
to come in after yu?’ The voice
was
immature, and broke in its highest register, but there was
no
gainsaying the deadly intent behind the
words. They rang clear and sharp on the morning air. The speaker
was a young man of
perhaps twenty, with the
clean and open face of a person who has
never had a thing to hide. He was dressed in a worn, faded
pair
of Levi’s, and a heavy work shirt; his
boots were scuffed and worn.

The few pedestrians on the street
at that hour had scattered fast as the boy had thundered up the
street of Cottontown and swung down out of the saddle outside the
town’s only saloon—‘The Oasis’—to issue his challenge. They watched
from behind windows or from the safety of doorways as he stood
bareheaded in the dusty street, his eyes fixed on the batwing doors
of the saloon, his right hand clenching and unclenching above the
smooth butt of an old cap- and-ball Colt’s Army model thrust into
the waistband of his jeans.

The boy was oblivious to the owlish
eyes of the spectators
clustered at the
windows of the saloon and, indeed, of every other
building up and down the street.

‘
Search me,’ his neighbor replied,
with bated breath. ‘But he’s shore loco to be pickin’
it.’

The first speaker nodded. Crossing the Cottons was
undoubtedly the unhealthiest pastime to pursue in this town. This
angry youth was apparently intent on bringing about his own
destruction in the most reckless manner.

The spectators by the windows
flattened themselves against the walls of the saloon as the boy
mounted the sidewalk and thrus
t
his way through the
batwing doors and into the saloon. There were no more than a dozen
men in the place so early in the day. All of them turned to watch
the reaction of the man at the far end of the long bar which ran
the length of the saloon, object of the boy’s heedless
challenge.

This was a young man perhaps a year
or two older than the boy who now stood glowering on the threshold
of the saloon. Dressed in black, his clothes spotless, boots highly
polished, Buck Cotton was almost a handsome man. His features were
finely chiseled, and only the shifty eyes and a certain weakness
about the mouth betrayed his basically shallow nature. Cotton’s
face was pale beneath his healthy tan, and his lower lip was
clenched between his teeth to still its trembling. Desperately, his
eyes shifted around the room for support or help, neither of which
was forthcoming. The bystanders wanted no quarrel with this
intruder with the blazing eyes. Buck Cotton’s faltering gaze met
that of his nemesis.

‘
I ain’t fightin’ yu, Hornby,’ he
whispered through dry lips. ‘I got no quarrel with yu.’

The bartender, a tall, balding man with a lined, but
kindly face, moved carefully along behind his bar towards young
Hornby, keeping both hands well in sight on his spotless
counter.

‘
Billy,’ he remonstrated. ‘Yu
better cool off, son. This is big trouble. Climb on yore hoss an’
skedaddle out o’ here afore it gets wuss.’

‘
Keep tendin’ yore bottles,
Blass!’ grated the kid. ‘This is atween me an’ that pizen toad over
there.’ He bent his narrowed gaze once more upon the cringing
figure at the far end of the bar.

‘
Yu goin’ to fight like a man or
die like a dawg, Cotton?’ he rasped. Buck Cotton lifted his hands
away from his hips to an almost horizontal position, indicating his
refusal to fight.

‘
I … I don’t know what’s eatin’
yu, Billy,’ he mumbled. ‘I ain’t about to draw on yu.’ He turned
his head towards the watching bystanders. ‘Yo’re all witnesses,’ he
croaked. ‘I won’t draw. My brothers…’

‘
Damn yore brothers an’ damn yu!’
snapped Billy Hornby. He snatched the pistol from his waistband in
a smooth sweep, and leveled it at Buck Cotton. Chairs scraped as
men moved away from the line of fire, and the bartender ducked
hastily down behind his bar.

‘
I reckon I’ll have to put yu down
like the dawg yu are, then,’ Hornby went on, menacingly. ‘At that,
it’ll be better’n yu deserve.’

His thumb eared back the spurred
hammer of the old Colt’s. Buck Cotton cringed back against the bar,
his hand held up in front of him, abject terror in every line of
his body.

‘
Hold it right there,
Hornby!’

The boy froze, the leveled gun
needing only the relaxation of his thumb to send its deadly
messenger on its errand.

Every eye in the saloon except
Hornby’s had swiveled towards the speaker, a portly, gray-haired
man with a tired, lined face who wore a silver star on his
vest.

‘
Ten seconds more an’ he would’ a’
been,’ grunted another. ‘He’s lucky Harry Parris was
around.’

The sheriff moved crabwise across the room until he
was in a position to cover both men. He gestured with his drawn
gun.

For a moment, it looked as if young
Hornby might dispute the command, and in the pregnant silence the
sound of Parris’ .45 being cocked made several men jump visibly.
Then, his shoulders slumping dejectedly, the boy complied. The gun
clunked to the saw dusted wooden floor.

‘
Step away from it, Hornby,’
commanded Parris. ‘Easy, now.’

Hornby took two steps backwards, so
that he was no more than arm’s length from the sheriff. As he did
so, Buck Cotton scooped up the old revolver and in one movement had
cocked it and leveled it at Hornby’s heart. Gone now was the look
of abject fear, to be replaced by an expression of hate and triumph
which distorted his handsome face, giving him the outward
appearance of a devil incarnate.

‘
I ought to’ve blown out yore
light an’ took a chance on yore mumblin’ friend,’ snapped Hornby.
‘Yu ain’t fit to live.’

‘
Take it easy, now, Buck,’
interposed Parris. ‘He ain’t goin’ no place. Yu, boy―’ this to
Hornby. ‘What’s all this about? Yu gone crazy tryin’ to tree this
town, assaultin’ one o’ our leadin’ citizens?’

Scornfully Hornby jerked his head
at Buck Cotton. ‘Ask him
he replied. ‘He
knows what it’s about.’

Cotton looked momentarily
uncomfortable, then a brazen expression settled itself upon his
features.

‘
Yu better have some explanation,
Hornby,’ said Parris severely.
‘Sim Cotton
is goin’ to want to know what yu took after his brother
for.’

Hornby shrugged. It was as if he
knew that nothing he said would make the slightest difference, that
no power on earth
could alter the chain of
events he had so impetuously set in motion.
‘Yu reckon yore boss’ll care whether I got a reason or not?’
he asked the sheriff contemptuously.

‘
I’ll thank yu to remember that
Sim Cotton ain’t my boss,’ snapped Parris testily. ‘I keep the law
around here my way. Nobody else’s.’

‘
I’d say yu’ll be elderly afore yu
get out o’ where yu’ll go for this,’ Parris added. ‘Assault with a
deadly weapon…’

The Rebel Wife by Donna Dalton
The Good Plain Cook by Bethan Roberts
Fix You: Bash and Olivia, Book 3 by Christine Bell
Diamonds in the Dust by Beryl Matthews
Time's Echo by Pamela Hartshorne
To Yank a Tiger by the Tail by Romans, Bobbi
The King's Exile (Thomas Hill Trilogy 2) by Swanston, Andrew
The Ways of the World by Robert Goddard
The Lion in Autumn by Frank Fitzpatrick
TooHottoTouch by Samantha Cayto
Our partner