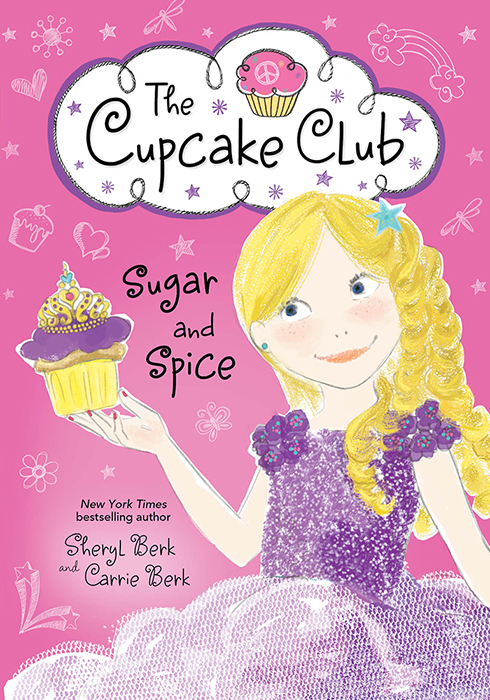 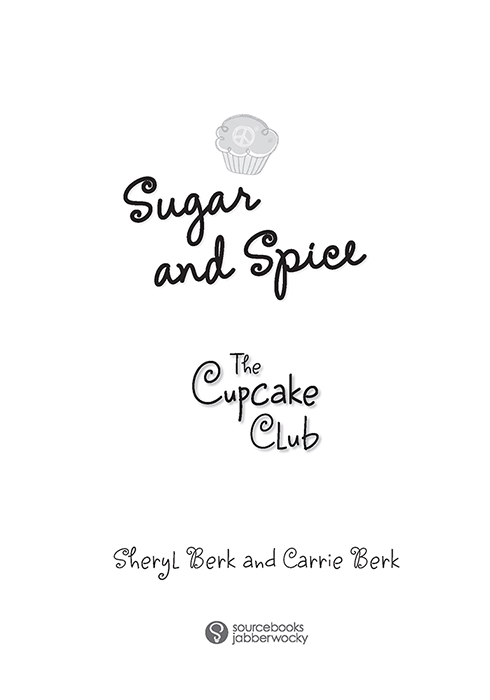 All rights reserved. No part of this book may be reproduced in any form or by any electronic or mechanical means including information storage and retrieval systemsâexcept in the case of brief quotations embodied in critical articles or reviews without permission in writing from its publisher, Sourcebooks, Inc.

Summary: When Blakely Elementary's new art teacher, Mr. Dubois, becomes the advisor for Peace, Love, and Cupcakes, his zany ideas irk club founder Kylie, but orders are pouring in so quickly that there is no time to argue, and Lexi is busy competing against school bully Meredith in a pageant.

2. The Wicked Witch of Blakely

A sneak peek of
Cupcake Countdown

To Hannah Banana, a.k.a. Hannah Stark

You'll always be my sister! You inspire so many girls to be strong, and I'm so proud of you! 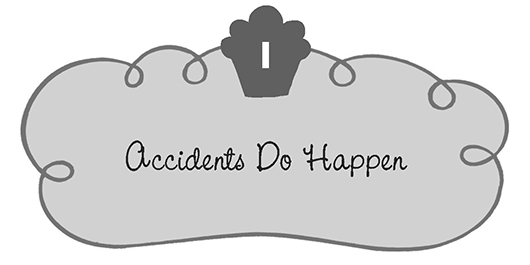 With Meredith Mitchell, Blakely Elementary School's resident mean girl, all it took was one little incident to become her instant enemy. Kylie Carson learned this the hard way in third grade when she accidentally kicked a sneaker in Meredith's face during an audition for the hip-hop club. Ever since that black eye, Meredith held a grudge against Kylie and all the other members of her cupcake club: Sadie, Jenna, Lexi, and Delaney.

Somehow, they'd managed to keep the peace through most of fourth, and now fifth, grade. Meredith was annoying, stuck-up, and opinionated, but she paid little attention to them and instead surrounded herself with a posse of worshipping minionsâa.k.a. Abby, Emily, and Bella. But this morning, Lexi was innocently carrying her huge art project down the hallwayâ¦

“Excuse me. Pardon me,” Lexi said as she tried to navigate her way to first-period art class with a canvas that was bigger than she was. On it, she'd painted a colorful carnival scene: a merry-go-round, a Ferris wheel, and a group of girls (looking a lot like her fellow members of Peace, Love, and Cupcakes) eating cotton candy. It had taken her nearly a week to complete, and she was proud of her work. But now, as she slammed into walls, lockers, and assorted students, she thought maybe she'd gone a little overboard.

“Watch where you're going with that thing!” Jack Yu snapped as Lexi accidentally whacked him in the head with her canvas.

“Ouch!” complained Emily Dutter. “You klutz! You stepped on my foot.”

The hall was packed with fifth graders cramming their coats and book bags into their lockers. Lexi tried her best to squeeze past them without doing too much damage. “Heads up! Art project coming through!” she warned. She never saw Meredith applying her pink lipstick by her locker mirror, and the painting collided with the diva's elbow.

“Nooooo!” Meredith shrieked in horror. There was a hot-pink smudge across her mouth and cheek. “Who did this? Who would
dare
?”

She saw the huge canvas only inches away from her lockerâbut couldn't see who was hiding behind it.

“I said,
Who
is
responsible
for
this
?
” she bellowed.

Lexi peered around the edge of the painting. “Um, I guess I am?”

Meredith's eyes narrowed. “You! You did this!”

Lexi rested her painting against the wall and dug in her backpack. “Wait, I think I have some tissues in here.” She took one out and began dabbing at Meredith's cheek, spreading the color on her nose and chin. Now her whole face looked pink and blotchy.

“Get off me!” Meredith screamed. “You're making it worse!” She snatched the tissue out of Lexi's hand as a crowd gathered around them.

“I dunno.” Jack chuckled. “I think it's an improvement.”

Lexi braced herself and waited for Meredith to throw a royal temper tantrum. She wished she could duck behind her painting and take coverâor climb into a locker and shut the door tight. This wasn't going to be pretty.

“How dare you humiliate me?” Meredith hissed at Lexi.

“Poor Meredith,” Abby cooed, patting her friend on the back. “Your lips were perfectly pink and sparkly.”

“I know.” Meredith sighed. “Now it's all spoiled. That loser Lexi ruined it!”

Luckily, the first-period bell rang and Principal Fontina came out of her office to see what all of the commotion was about. When she saw a pink-faced Meredith towering over Lexi, she had a hunch.

“Ms. Mitchell,” Principal Fontina said, “that bell means you should be in class. Now!”

Meredith slammed the locker shut and gave Lexi one last evil glare. Then she hurried down the hall to Ms. Murphie's English class.

“Do you need help carrying that?” the principal asked, noticing Lexi's giant painting.

“Um, no thanks,” Lexi said nervously, hoisting her canvas into her arms. “I've got it.” As Principal Fontina turned to go back to her office, Lexi accidentally smacked her in the butt with the painting.

“Next time, Miss Poole, maybe think a bit smaller,” her principal suggested. “I applaud you for your hard work, but I'm worried it's not going to fit through the art room door.”

With a little maneuvering, Lexi made her way down the hall and found herself standing at the doorway to Ms. McNalley's studio. Lexi tried to just walk through the door, but the painting was too wide. So she tilted it sideways, stood behind it, and gave it a firm push through the door frame.

“Whoa!” her friend Kylie exclaimed as Lexi and the canvas burst into the room. “That is one humongo art project.”

Lexi nodded. “I know. I supersized it.”

The rest of the class gathered around, curious, as she peeled away the masking tape and brown paper covering her artwork. There were oohs and ahhs as she revealed the carnival scene.

“Lexi, you outdid yourself. Your painting is breathtaking,” Ms. McNalley exclaimed.

Kylie noticed that her friend wasn't enjoying all the praise from her peers and teacher. She seemed distracted. “What's up, Lex?” she whispered. “Why the long face?”

“Meredith Mitchell hates my guts.” Lexi sighed. “I kinda bumped into her with my painting and messed up her makeup.”

Kylie wanted to giggleâshe could just picture Meredith's face covered in brightly colored smudges. But she knew this was no laughing matter. Lexi looked worried.

“She had that look in her eye,” Lexi told her BFF. “You know, the death stare.”

Kylie nodded. She knew it well. “You can't let her get to you,” she insisted. “Bullies count on you being scared of them.”

“I'm not scared,” Lexi said, settling into her drawing desk. “I'm
terrified
. If Ms. Fontina hadn't come along, I think Meredith would have killed me.”

Kylie put an arm around her shoulder. “You have me, Jenna, Sadie, and Delaney behind you.”

Lexi heaved a sigh of relief. It was great to know her friends had her back. Still, she had a sinking feeling that this wasn't over yet. Not if Meredith had something to say about it.