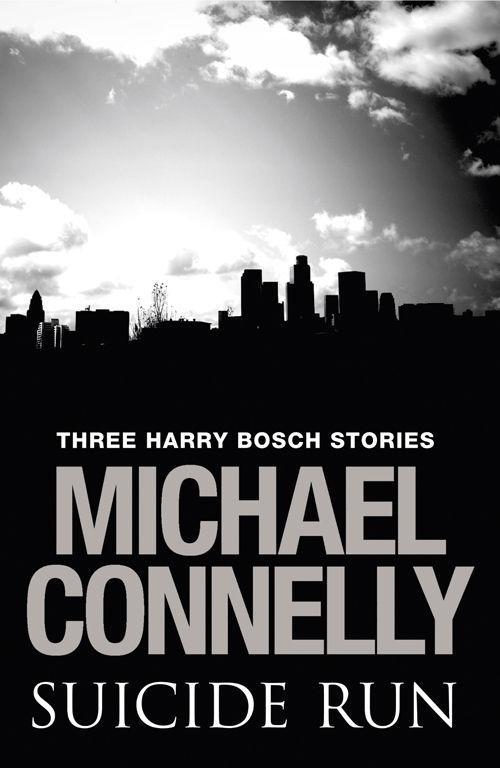 It was slow on night watch. They were submarining—cruising close to the station so at end of watch they could quickly pull into the back lot, dump the car and check out. Jerry Edgar was driving. It was his idea to submarine. He always had some place to get to, even at midnight. Harry Bosch had no place to go but an empty house.

Whatever plans Edgar had, they changed when they got the call from the watch commander and were sent to the Orchidia Apartments.

“Don’t sweat it,” Harry Bosch told him. “If it checks out we’ll be done in fifteen minutes.”

Edgar turned off La Brea onto Franklin and they were less than two minutes away. Bosch and Edgar were the night shift detectives in Hollywood Division, part of a new roving response team instituted by the commander. Captain LeValley wanted a detective team to roll to any crime of violence instead of pulling the patrol reports the following morning. On paper it was a good theory and Bosch and Edgar had in fact cleared two armed robberies and a rape in their first four days spent working nights. But for the most part they took reports and did little more than pass cases off to the appropriate investigators the following day.

The air they drove through was clear and crisp. They kept the windows up and their expectations down. The call was a suicide run. They needed to make a confirmation for the patrol sergeant on scene and then they’d be on their way. With any luck they’d still make it back to the station by midnight.

The Orchidia was a sprawling pink apartment complex off Orchid and nestled into the hillside behind the Magic Castle parking lot. It was an apartment complex that had been around for as long as Bosch remembered. In the old days it was a place where studios put up the new starlets just signed to contracts. These days the people who lived there paid their own way.

There were two patrol cars with flashing blues out front. A van from the Scientific Investigation Division and a station wagon from the coroner’s office were already there as well. This told Bosch that the sergeant on scene either had forgotten about the night shift detectives or didn’t think them necessary. He told Edgar to park behind the patrol car that didn’t have a light bar on the roof. That would be the sergeant’s car. Bosch would make sure he didn’t go anywhere until Bosch wanted him to.

As they got out Edgar looked over the roof of their cruiser at Bosch.

“I hate night watch in Hollywood,” he said. “All the suicides come out at night.”

It was true. This would be their third suicide in four nights.

“In Hollywood, everything comes out at night,” Bosch said.

There was a patrol officer at the entrance and he took badge numbers from Bosch and Edgar and then directed them to apartment 6. The front door of the apartment was open and they walked into a nest of activity. It was the end of shift for everybody and everybody was in a hurry. Bosch saw the watch sergeant, who turned out to be a woman named Polly Fulton, standing in a hallway that most likely led to a bedroom.

“Detectives,” she said. “Glad you could swing by. Right in here.”

“What do you mean, we just got the call,” Edgar said.

“Really?” Fulton said. “I called it in at least forty-five minutes ago. The watch must have his hands full.”

She gestured for them to pass by her and they did. The hall ended at three doors: a closet, a bathroom and a bedroom. They entered the bedroom and saw that all the activity was centered on a naked woman lying on the bed. Two coroner’s investigators, a forensics tech, a photographer and another patrol officer were all hovering around the bed.

The woman was on her back, her arms at her sides. She had been young and beautiful and remained so even in death. Her hair was blond and it wreathed her face, curving under her chin. Her skin was pale white and her breasts were full, even while she was lying down. A slight line of discoloration could be seen running along the bottom curve of each breast. Surgical scars.

There was a diamond teardrop pendant on a silver chain on her chest between her breasts. Her stomach was flat and her pubic hair was neatly trimmed short and in a perfect inverted triangle.

Edgar made a light catcall whistle between his teeth.

“Now why would she want to go and do the Marilyn Monroe?” he asked. “A girl lookin’ like that.”

No one answered. Bosch just stared at the woman on the bed while pulling on a pair of latex gloves. He knew that the knee-jerk reaction was to think that beauty solved all other problems. Same thing with money. But he had seen enough suicides to know that neither was true. Not even close.

“Lizbeth Grayson,” Sergeant Fulton said. “Twenty-four. Hasn’t been here in the City of Angels long. Still has an Oregon driver’s license in her purse.”

Fulton had come up next to Bosch and spoke while they both stared at the body. There was no embarrassment about the dead woman being naked and exposed. It was police work.

Fulton held up a clipboard. Lizbeth Grayson’s driver’s license was clipped to it. Bosch noted that she was from Portland.

“She’s an actress—aren’t they all. She’s got a drawer full of headshots over there. Looks like she did a walk-on bit on
Seinfeld
last year. You know they film that here, even though it’s supposed to be New York. Anyway, the résumé is on the back of the latest headshot. She hasn’t worked a lot—at least not the kind of jobs that she wanted to put on the résumé.”

Bosch could almost feel Fulton’s eyes drop to the small, perfect triangle of pubic hair. He knew what she was thinking. The silicone and the trim job might indicate a certain lifestyle and other means of income. Bosch looked back up at the face. Lizbeth Grayson hadn’t needed anything in life but that face. He wondered if anybody besides her mother had ever told her that.

“Anyway,” Fulton said, “on the side table we’ve got an empty bottle of Percodan left over from breast enhancement surgery last year and a ‘good-bye, cruel world’ note. It’s looking pretty cut-and-dried, Detective. We won’t be wasting your time on this.”

Bosch moved his focus to the table next to the bed and stepped over.

On the table was an empty glass with a white residue at the bottom, a plastic pill bottle and a notepad. Nothing else. Bosch bent down to study the pill vial, which was standing up on the table. It was a painkiller prescribed to Lizbeth Grayson eight months earlier. Take as needed for the pain. He wondered if that pain included the need to end it all. He took out a notebook and wrote down the name of the physician who prescribed the drug and presumably performed the breast enhancement surgery.

He next looked at an open spiral notebook that was on the table next to the pill bottle. There were four lines written in pencil on the page.

There’s no
use
anymore

He studied it for a moment, paying attention to the words that were underlined and understanding that she was putting the emphasis on a different word in each sentence. He reached down to the notebook so that he could see if there was writing on any of the other pages.

Bosch turned and saw the SID photographer standing behind him. It was Mark Baron. They had worked many crime scenes together. Baron gestured toward his camera.

Bosch got up and stepped back to let Baron get close to take his shots. He walked back to Fulton.

“The landlord. He said he got a call from her agent and then another call from her acting coach. They were worried about her. She missed a big audition or something today. The landlord has a passkey and came in. He said the coach was very convincing.”

“She was covered. The coroner’s people did that.”

“He went back to his place. He lives on-site. He was looking pretty pale.”

“This is pretty simple, right? We’re all going to get out of here in a few minutes, right?”

Bosch looked at Fulton. Even she wanted to turn pumpkin at midnight.

“Just get the landlord, please.”

Fulton left and Bosch went over to the bureau, where Edgar was looking through the contents of the top drawer. There were several different photos. There was a stack of 8x10 glossies that showed a collage featuring Lizbeth Grayson in varying poses and costumes. No matter what she was wearing or what the facial pose was, it was impossible to hide her beauty in character. Bosch imagined that it opened some doors but kept others closed. She would never have been taken seriously as an actress with that face.

“Man, this girl had it all going for her,” Edgar said. “Why’d she want to go and waste it all?”

Edgar dropped the photo he was looking at back into the drawer and looked at Bosch.

“Harry, what are you seeing?”

“Nothing yet. I’m just saying. I’m asking the question, you know?”

“Don’t go crazy on this. You want to talk to the landlord, fine. Let’s talk to him and put this thing to bed—no pun intended.”

“All I’m saying is that you can’t come into this with a preconceived idea, you know? It’s infectious.”

Bosch sauntered over to one of the coroner’s investigators, who was putting equipment back into a toolbox. Bosch knew him, too. Nester Gonzmart.

“What do you have for TOD?”

“We took the liver temp. I’m going to say between midnight and four this morning.”

“So twenty-four hours tops. Any trauma?”

“Not a hangnail, man. This is a clean scene. Sometimes it’s hard to believe but it’s looking to me like what it is. We’ll get the tox in about two weeks and we’ll see the Perc on the screens. That’ll be it.”

He snapped the latches on the toolbox and headed out of the room with it. Bosch knew he would be back with the stretcher. They were going to take Lizbeth Grayson on a ride downtown.

“Everybody?” Baron said. “Can I get everybody to step back into the hall so I can get my wide shots?”

Bosch moved toward the hall, wondering where Fulton was with the landlord.

Fulton was in the front living room with a man who was small, slight and maybe as old as the apartment building. He was introduced as Ziggy Wojciechowski. He recounted for Bosch and Edgar his finding of Lizbeth Grayson dead. It was the same story Fulton had already related.

“Was the door locked?” Bosch asked.

“Yes. I have a passkey to all the apartments. I used it.”

Bosch glanced over at the front door and saw the security chain hanging on the jamb.

“Did she pay her rent or did somebody pay it for her?”

It was always good to throw in a changeup, something unexpected at the interview subject.

“Uh, she paid. She always paid with a check.”