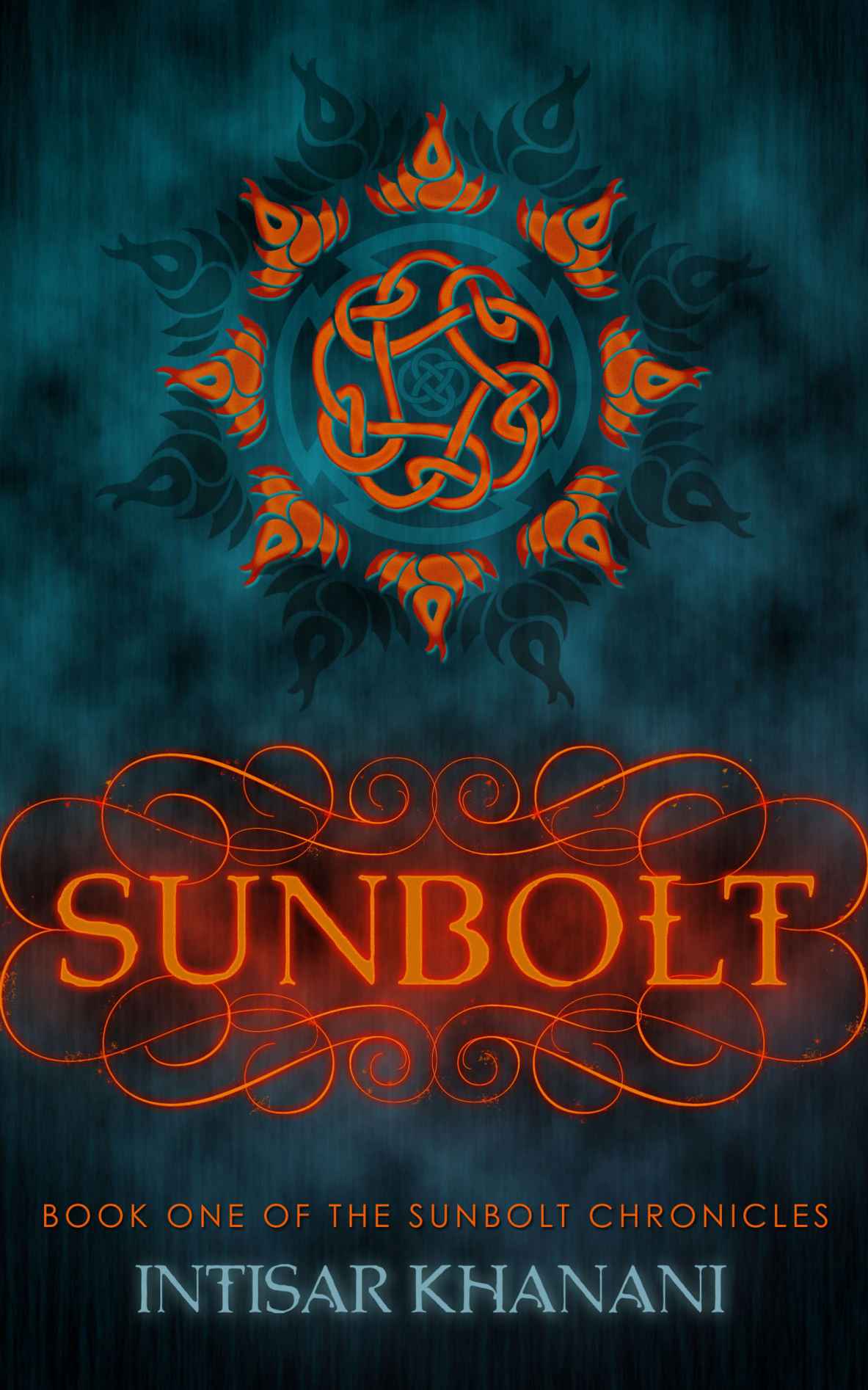 A portion of the proceeds from the sale of
Sunbolt
will be donated to the United Nations Children’s Fund. UNICEF fights for the survival and development of the world’s most vulnerable children. Find out more at
http://www.unicefusa.org
.

“
Mgeni!
Stay a moment; I have your future for you.”

I grin, turning towards Mama Ali. She sits beneath the cloth shade of her market stall, her husband’s catch heaped on the wooden counter before her: mounds of sardines, glinting silver bright in the sun. Today there’s also a single little octopus that must have gotten tangled in his nets, its fleshy body turned over to show the white of its tentacles.

With her wide smile and heavy girth, Mama Ali is a well-known fixture of the fish market, her laughter booming across the crowded aisles, and her penchant for sharing people’s futures indulged in even by the locals. Her son, ten years old and shrewder than a hundred-year-old owl, perches beside her, watching me.

“You can keep my future, Mama Ali,” I reply. “It will probably do you more good than me.”

My words draw laughter from the surrounding fishmongers. The market stalls are packed tightly together, every counter offering up the bounty of the sea, scenting the air with salt and fish. Above the stalls flap brightly colored cloth shades, protecting both the women and their goods from the sun’s heat.

I hear someone ask what she missed, and a woman replies, calling me
mgeni
again. My smile slips a notch. I may have adopted the traditional, brightly colored long skirt and tunic of the local women, as well as the tightly wound head wrap, but my sand-gold skin and the slant of my eyes will always mark me as
someone else.
Mama Ali uses the term as an endearment, but the echoes I hear now brand me as an outsider.

Mama Ali holds out her hand imperiously, a queen demanding tribute from the riffraff that forms her court. “Come, my friend, keeper of secrets, let us see what we can.”

“What will you give me?” I ask, hoping “keeper of secrets” is just a phrase she uses on potential customers. Regardless, I don’t have the coin to pay her, so I may as well be clear
I
won’t be giving anything.

“Give you? Your future, muddle-brain! And, because you are always admiring my wares, I will give it to you for free.”

“Oh, very well.” I acquiesce none too gracefully, offering Mama Ali my hand. With her palms clasped around my hand, I wait, trying not to fidget too much. I may be running a little late, but there’s no reason to think the meeting will have started on time. Besides, since I wasn’t invited in the first place, no one will miss me. “Don’t tell me I’m going to meet someone new, dark of skin and—”

She drops her voice. “Well, if I want to be sure it happens, short is so much more likely than tall, isn’t it? At least,” she nods her head to suggest the market, as well as the rest the island, “here.”

I laugh. I think this must be why Mama Ali and I get along so well. “Right. Short and dark.”

“No.” She pulls a frown. “For you, something different.”

I glance towards the sky, gauging the angle of the late morning sun. Magic is one thing, but divining the future? Not so much. “I really have to—”

“You are going somewhere,” Mama Ali intones, closing her eyes. I glance at her son in disbelief. Ali grins wide, his teeth showing pearly white against his earth-brown skin.

“I was before you stopped me,” I agree.

Mama Ali heaves a theatrical sigh, squeezing my hand rather painfully. “Somewhere important,” she clarifies. She tilts her head as if listening. And Mama Ali hears a lot—she has her pulse on the happenings of Karolene. Maybe there’s something she knows. Has she gotten news about the League? Or the Ghost?

She drops my hand, sitting back with a gasp. “Run!”

“What?” I glance over my shoulder, instinctively looking for signs of danger. The market is busy, filled with people laughing and bargaining over the night’s catch. There are dozens of stalls crammed together, aisle upon aisle, but nothing and no one seems out of place. There’s no sign of either the sultan’s guards or hired mercenaries.

“Of course I am; isn’t everyone on the island always late? That’s the way time works here.”

She catches my arm, and I can’t tell if she’s acting or serious. “No, listen to me, Hitomi. You must run now, and—” she hesitates.

“Run,
mgeni!
” a woman from two stalls down calls, her voice bright with laughter, and then everyone starts shouting encouragement.

Laughing, I duck away from the market stall, zigzagging through the market. I keep up a steady jog. A sprint will attract too much attention and, without a clear enemy to escape, expend too much energy. And anyway, I can still faintly hear the laughter from the corner of the market I’ve left behind. Mama Ali must be enjoying her joke.

I hop over the tail of a tiger shark lying half-butchered in the aisle, eliciting a sharp word from the seller, and round the corner. The sounds of the market drop to a bare whisper. Not because I’ve left the market, but because walking straight towards me are a half dozen mercenaries, all with the feared black bands wrapped around their right forearms. They’re not just any mercenaries, but part of Arch Mage Blackflame’s guard. The sellers on both sides of the aisle are meticulously checking their wares, looking everywhere but at the armed men in their midst. Most of the buyers have already discreetly slipped away.