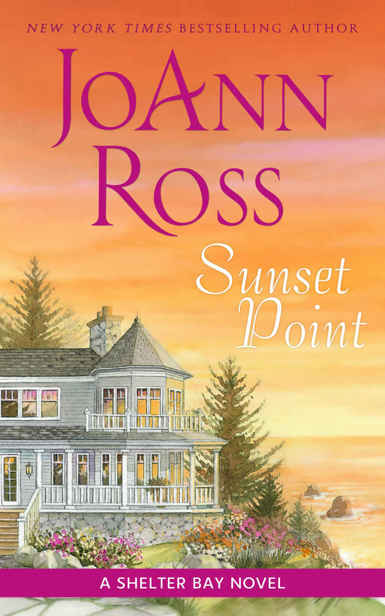 Publisher’s note: This is a work of fiction. The characters in this book have no existence outside the imagination of the author and have no relation to anyone bearing the same name or names. All incidents are pure invention and any resemblance to actual persons, events, or locales is entirely coincidental.

Someone to Watch Over Me

Independent, strong-willed Tess Lombardi has dedicated her life to fighting for justice. As a deputy district attorney, threats are merely part of the job. This time, with several high profile cases on the line, she reluctantly agrees to protection. Only to discover that Nate Breslin comes with his own risks. How can she trust a bodyguard who’s stalked her? And lies for a living?

Former Marine sniper Nate Breslin has managed, at least most days, to leave danger and death in his past. Nate has his own reasons for tracking Tess down, but when her life is threatened, this mission becomes personal and he’s willing to risk anything and everything to keep her safe.

As the danger escalates and her would-be killer closes in, Tess must learn to trust Nate. With her life. And her heart.

Other Books from JoAnn Ross

Nate Breslin had dreamed about her again last night. As always, she appeared in the midst of a violent thunderstorm, the black crepe of her mourning clothes swirling about her slender body in the cold, harsh wind. Without a word, she emerged from the tempest, gliding ever so slowly toward him, her hand outstretched as if reaching for his touch.

A gust of wind from the storm-tossed sea ruffled her black veil, and a sudden sulfurous flash of lightning illuminated her ghostly face. In response to the overwhelming sorrow in those lovely, soulful eyes, he held out his hand, offering whatever comfort he could.

She was closer now.

In another moment, their fingertips would touch.

Then, as always, dammit, she was gone.

Giving up on any more sleep for the night, Nate sat on the porch of his Shelter Bay home perched on the edge of a cliff and looked out over the waters of the Pacific Ocean. As he drank his coffee, he reassured himself—not for the first time—that the entire dream was nothing more than a figment of his imagination. Maybe even some weird PTSD thing he’d brought back from Iraq and Afghanistan.

He had, after all, seen a shitload of death. And rather than come home and try to forget it, Nate worked out his “issues,” as the Marine shrink during his separation Transition Assistance Seminar had referred to them, by delving into the dark world of the supernatural.

He’d written his first novel after surviving Fallujah, the bloodiest battle of the Iraq War. His blog, which he’d mainly started to occupy himself during downtime, was part ground truth of war, part absurdities of military life, and part creative writing. It was his short story of gigantic camel spiders being sent out to eat enemy combatants that had gotten him noticed by the
New York Times
, which had signed him to write for their “At War” blog.

The camel story, based on an exaggerated myth of an actual carnivorous arachnid, which did not eat people or camels, fortuitously happened to be read by an editor at a New York publishing house, who’d offered him his first book contract while he was still deployed. A book that went on to win a Bram Stoker award for best first novel, stellar reviews, and the rest, as they say, was history.

Ghosts, vampires, werewolves, ghouls—these were merely his fictional stock-in-trade, nothing more. It was certainly not unusual for a story idea to come to him in the middle of the night.

On the other hand—and wasn’t there always another hand?—Captain Angus MacGrath, his resident ghost, had turned out to be absolute fact. When the apparition had first appeared during the renovation of his rambling seaside home, Nate had gone online and researched the house’s history. A bit more digging disclosed that the captain had drowned below these same cliffs when his ship had gone down in a storm. Which was sort of weird since Nate’s last book had been about a Bermuda Triangle area off this very same coast, into which a lot of ships had disappeared or been sunk. Including the one outside his window.

Not when he could still see the anguish in those lovely dark eyes even when he was awake. Not when the evocative violet scent of her perfume lingered in the rose-tinged early-morning air. Not when he could vividly recall the tingling of his fingertips when their hands had come so heartbreakingly close to touching.

Not when his midnight visitor seemed so…real.

Gazing down at the hulking metal skeleton of the capsized ship that MacGrath had been captaining when he’d drowned at sea, Nate decided that the time had come to stop dreaming of the woman and find out who the hell she was. And what she was so desperately trying to tell him.

The Multnomah County district attorney’s office was in its usual state of chaos. The incessant clamor of phones was escalated by the hum of competing conversations. Cardboard cups, doughnut crumbs, and wrappers from fast-food takeout meals littered desktops. The atmosphere was laced with aggravation, frustration, stale coffee, and sweat.

She’d never minded the breathless pace that her work as a deputy district attorney entailed. On the contrary, she thrived in the midst of what could only charitably be called bedlam.

The daughter of a Portland Police Bureau detective, she’d cut her teeth on the rarefied discipline of the law. When her parents had divorced a week before her tenth birthday, Mike Brown and Claudia Lombardi had agreed that it would be best if Tess remained with her father. No one concerned had ever regretted that decision.

Claudia was free to travel the world like a beautiful, jet set social butterfly, unencumbered by a growing child. While Mike, unlike so many of his divorced friends on the force, was able to keep his daughter under both his wing and his roof.

When Tess was twelve—despite the Lombardi custom that all the women maintained their family surname—she’d announced to her father that she wanted to go to court and change her last name to his. Which was when Mike Brown had assured her that he’d always love her, whatever her name. But he also wanted her to never forget that her mother’s wine-growing family could trace its direct lineage to the Lombard conquest of Tuscany in the sixth century. Having arrived from Italy in the 1800s, the Willamette Valley Lombardis had become one of the first families to commercially grow grapes.

But Mike was the son of a drug dealer who’d been killed in prison and an alcoholic mother who’d often forget she’d left her infant alone at home. He’d landed in foster care before his first birthday, had been moved to a group home for wayward and homeless boys at age three, and then self-emancipated at sixteen. Appreciating the importance of roots, he’d encouraged Tess to recognize and embrace her own.

As usual, her father’s instincts had been right. While she might not carry his last name, the big, outwardly tough man with the warm and soft heart had been everything a father could be. His unreserved love had provided all the nurturing and encouragement any young girl could ever need.

Tess’s fondest memories were of the times she was allowed to watch him testify in court. Detective Michael Xavier Brown of the Portland Police Bureau was more than her father. He was her superhero—Superman, Batman, and the X-Men all rolled into one husky, gregarious human being. Although she’d attended law school rather than follow him into the department, Tess never entered a courtroom without thinking how she was continuing her father’s life work to gain justice for those unable to achieve it for themselves.

As she returned to her office to pick up some papers after court this afternoon, however, Tess was more than a little irritated to be running behind schedule.

When she tossed her briefcase down, the woman at the neighboring desk glanced up in surprise. “I didn’t expect you back. Aren’t you due in Shelter Bay by five?”

“Five thirty,” Tess said. “Of all days for Larry Parker to play Perry Mason, he had to pick this one. You should have seen him on defense this morning. I could not believe one man, especially one with such a limited vocabulary, could be so long-winded.

“By the time Judge Keane declared a lunch recess, we were already running forty-five minutes late. Fortunately, the judge must’ve had a hot date, because he cut off testimony and sent everyone home early.”

It hadn’t escaped anyone’s notice that ever since
Portland Monthly
magazine had named Judge Gerald Keane the city’s most eligible bachelor, early adjournments were happening more and more often.

“The boost to his social life appears to have shortened the court day,” Alexis Montgomery agreed. “But there’s also the fact that ever since he decided to run for that vacant seat on the Court of Appeals, the judge hasn’t passed up an opportunity to make a speech. I read that he was talking to the Business Alliance at a cocktail mixer at the downtown Marriott this evening.”

“Finally,” Tess said. “A reason to be grateful for politics. If I’d had to listen to Larry another five minutes, I’d have started slamming my head onto the desk.”

“If you’re driving down to Shelter Bay, it can only mean that Dana White is getting cold feet about testifying.”

“She’s apprehensive,” Tess admitted. “But I can certainly understand her feelings. What woman would want to admit to the world that she married a man who already had twenty wives scattered throughout fifteen states?”

“Well, I wouldn’t worry too much about the Shelter Bay Mrs. Schiff if I were you. Fortunately, there are enough women out there who want to see the guy drawn and quartered that we shouldn’t have any trouble getting a conviction. Especially with the case Donovan handed us all tied up with that pretty red ribbon.”

Donovan Quinn was a detective in the Portland Police Bureau who’d tirelessly worked the bigamist case from the beginning, tracking down all the loose ends to make that pretty bow. Like all the cases he brought to the D.A.’s office, the investigation had been impeccable, making him a prosecutor’s dream detective. Having dated him a few times before they’d decided to remain friends, Tess also knew him to be one of the good guys.

“I know we don’t need her,” Tess agreed. “But I have the feeling Dana needs us. Her self-confidence has taken a big hit, and she sounded shaky the last time I talked with her on the phone.”

Captives of the Night by Loretta Chase
The Quarry by Damon Galgut
Becoming Myself: The True Story of Thomas Who Became Sara by Sara Jane Cromwell
After Tex by Sherryl Woods
Where the Trail Ends: American Tapestries by Melanie Dobson
And We Go On by Will R. Bird
Keller County Cops Book Seven: Code of Vengeance by Melanie Atkins
Unshapely Things by Mark Del Franco
The Hundred Years War by Desmond Seward
100 Days of Happiness by Fausto Brizzi
Our partner