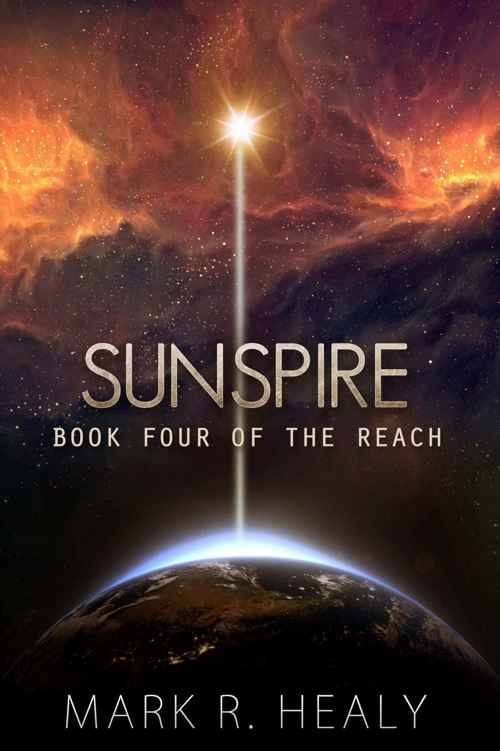 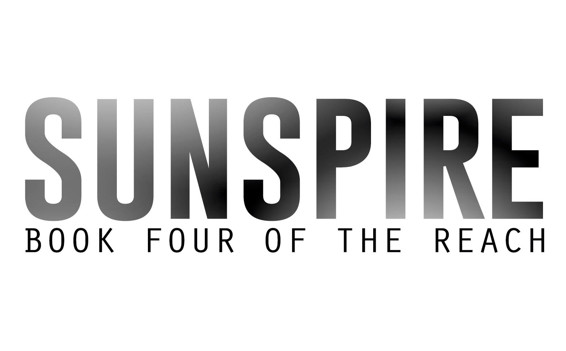 The purchaser of this book is subject to the condition that he/she shall in no way resell it, nor any part of it, nor make copies of it to distribute freely.

This book is a work of fiction. Any similarity between the characters and situations within its pages and places or persons, living or dead, is unintentional and coincidental.

For the first time that Talia could remember, the dirigibles were headed away from the Reach.

She’d been watching them through the blue haze of pre-dawn for some time, their bulbous shapes like ever-dwindling shadows on the eastern rim of the sky.  Part of her kept expecting to see them swing out, to arc across the turquoise murk and set their sights on the Reach as they had done for countless years before, their gondolas filled with the hopeful faces of those who sought to find a better life off-world.

But they did not turn around.  They grew smaller and smaller in the sky until they disappeared against the wash of the pink-tinged horizon.

The people were leaving.  They were getting out of Link, heading for someplace better.

It hadn’t taken them long to realise that the Reach was no longer a gateway to a new life.  Now it was a dead end, a death trap, three sheer kilometres of metal and alloy and shattered dreams.  Broken promises.

Even those lowly folk far below knew that.

Now, as the first glimmer of orangey-red rays of light scattered across the Wire, Talia slowly got to her feet.  She edged forward and leaned over the brink of the platform to look down upon the darkened city of Link far below.  Still shrouded in the embrace of night, ther
e was nothing much to see but scattered, shimmering fires that had sprung up in the turmoil of the past few days.

Nowhere is safe.  It’s all gone to ruin.

At her back, the Wire issued a deep, staccato groan, the sound of flexing metal echoing out across the platform.  It was the third time she’d heard it, and each time she’d wondered if the shock wave from the explosion at the habitat was about to descend upon them in full force, wreaking destruction as it slammed across the roof.  Yun, however, had assured them that they had time.  He’d performed calculations that indicated they would be safe for a couple of hours yet.  The staggering length of the Wire would work in their favour, he’d said, to allow them a little longer to prepare.

Still, she couldn’t stop a shiver of apprehension from running down her spine as the noise finally receded.

Silvestri appeared at her side, the assault rifle still clutched in his hands, although now he seemed to carry it as if it were made of lead, his arms sagging and his head stooped wearily.  He said nothing, but lifted his face to the horizon, to where Talia had been looking a moment before.  The two of them stood in silence for a long time before finally he spoke.

“Where are they going?” he said simply.

Talia looked and counted four dirigibles suspended in the murk, all with their noses pointed away from the Reach.

“The lowlands.  Where else?”

“Madness,” he muttered.  “There’s nothing out there but death.”

“I could say the same of this place after what’s happened.  Maybe they’re just looking for a way to escape the savagery that’s taken over here.  A peaceful place to die.”

Silvestri sighed.  “Their choice, I suppose.”

As she stared at the dirigibles, Talia’s mind returned to her conversation with Knile a couple of hours prior, when he’d told her that she and the others needed to reach a place called Sunspire Mountain, out in the east.  That was where they would find a space elevator that was perhaps their last shot at making it off-world.  Since then, she’d been
racking her brain trying to come up with a plan for reaching their target – not only safely, but as quickly as possible.

The talk of lowlands and people fleeing had given her an idea.

“After we get down to Link, I know where we have to go,” she said.

Silvestri reached out and gently touched her elbow.  “First things first.  We’re saying goodbye to Remus, and then we’ll be on our way.”

She nodded, then turned to follow as he began to walk away.  Across the other side of the platform, the others had gathered around the pile of blankets in which Remus’ body had been wrapped.  Roman was there, as well as Yun and the two outsiders, Duran and Zoe, the four of them standing solemnly in a loose circle.  As Silvestri and Talia approached
, they edged to the side to allow them space.

Talia looked down at their fallen comrade.
Remus’
skin was pale, his lips blue, a smear of dried blood caked acros
s one cheek and under his ear.  She thought of the important part he’d played the night before; how he’d led Knile and Roman to find the RECS, those hulking mechanical contraptions that had taken the brunt of the Redmen’s attacks.  In fact, none of them would be alive now if it weren’t for Remus’ idea to use the RECS.

The wind swept between the legs of those gathered and ruffled Remus’
auburn hair and the edges of the grubby fabric that had been tucked around him.  Silvestri swung the rifle behind his back and exhaled noisily, then cleared his throat.

“I wish I knew what to say,” he said, his eyes downcast.  “I wish I knew how to pay tribute to you, Remus, and all the others we lost yesterday – people like Iris, and many others who were with us in Skybreach.  I could tell you that I’m sorry, that it was my job to protect you, but I guess it’s too late for you to offer me forgiveness.  I could thank you for all you’ve done for me, and those standing with me, but
those
words would be hollow.  I could wish you well in the afterlife, but…”  He shrugged.  “I don’t know what lies beyond.”  He pursed his lips.  “I will say this: you were a good man, and you deserved a better end.  I hope you’ve found peace.”

Silvestri fell silent, and the howl of the wind across the platform was suddenly the only sound to be heard.  To Talia, it was the voice of desolation, of hopelessness.  It told her that there was no point going on.  That soon, all of them would be cold and pale like Remus.

“Take a few moments to offer your
own thoughts,” Silvestri suggested.  “Then pack your things and let’s go.”

Talia clapped her right
hand across her ear as Roman stomped past in the RECS, headed down along the path toward the elevator.  In her
left hand, her holophone was crammed against her
head as she attempted to hear what was happening on the other end of the call.  She vaguely heard a connection initiate, but then nothing but static.

A Life Plan Without You. by Christine Wood
Common Enemy by Sandra Dailey
His Diamond Like No Other (Mills & Boon Medical) by Lucy Clark
Warlord of Antares by Alan Burt Akers
Night's Master by Lee, Tanith
Cloudfyre Falling - a dark fairy tale by A. L. Brooks
Finding Nouf by Zoë Ferraris
Book by Book by Michael Dirda
Lieutenant by Grenville, Kate
Marsquake! by Brad Strickland, THOMAS E. FULLER
Our partner