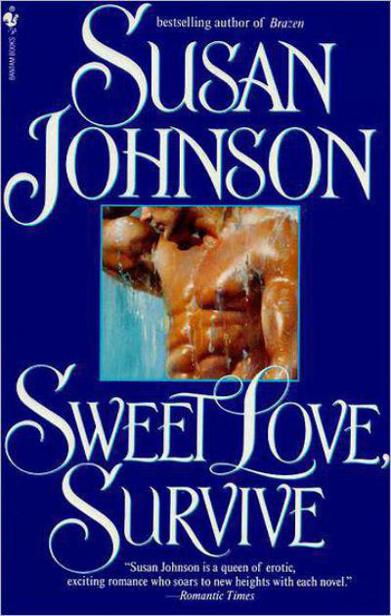 Apollo, feeling her tremble, drew her closer into the circle of his arms, very gently, so she could stop him if she wished.

“This is … all quite ridiculous,” Kitty whispered nervously, trying desperately to overcome her mindless, melting physical reaction to this virtual stranger.

“Yes … quite ridiculous,” Apollo softly agreed, his eyes caressing her face, coming to dwell on her inviting pink mouth, knowing, in defiance of what was right, that he could not stop himself from what he was about to do. Lowering his golden head to kiss those full, cherry lips, he murmured very, very gently, “Absolutely … ridiculous.”

Kitty tried to pull away but it was already too late. She felt the sudden, springing surge of his body and her senses reeled beyond caution, reminded of all she had discovered in the long night hours. From that moment she could not have obeyed her fleeting instinct to escape had she even wished. And when his mouth crushed down recklessly over hers, she no longer cared.

Before the kiss was over, inescapable, perfect, unutterably disturbing, she let him know without speaking that what he wanted, he could have.

SWEET LOVE, SURVIVE is the third book in my Kuzan trilogy. Written fourteen years ago, it’s been long out of print and I’m pleased Bantam is re-issuing it. I was much enamored of the Kuzan family at the time and as I finished each book, another seemed to spring to mind. Apollo’s story takes place in the closing days of the Russian Civil War.

The internecine warfare convulsing Russia at the time was so bloody and brutal, the scale of human cruelty so unimaginable, the images still haunt me today. Much like the aristocrats during the French Revolution, Russian nobles often escaped their homes literally seconds before the Bolsheviks arrived.

Fifteen thousand works of émigré literature have been documented so an enormous number of books are devoted to this apocalyptic period. I read extensively from this vast body of material. And from that research, Apollo and Kitty’s story slowly evolved. The Caucausus cavalry troops fascinated me, the tribal customs undimmed by the progress of time intrigued me, as did the vast scope of human tragedy played out against the upheavals of war. SWEET LOVE, SURVIVE focuses on just one small part of the conflagration that swept Russia and on two people who find each other amidst the chaos.

It’s a story of hope in a hopeless time.

And of the power of love.

“And a bed—preferably with someone soft and warm in it.”

“Jesus, Mahomet, don’t you ever think of anything else?”

“What else is there?”

“Right now I’ll settle for a fire to thaw my frozen feet.”

An affirmative murmur of deep male voices whispered through the score of riders like a light wind through dry leaves, followed by another silence born of exhaustion.

The weary cavalry troop cantered up the linden-lined driveway; elongated shadows cast by the flanking trees sketched inky patterns on the snowy sweep of open field on their right. At the end of the long drive, a three-story manor house sprawled along the crest of a rise, its bulk shining white in the clear winter moonlight, its numerous Palladian windows darkly shrouded except for two golden, lamplit casements on the main floor. From the base of the hill, stretching as far as the eye could see, fertile wheatfields lay dormant under a deep blanket of drifted snow. Dark fringes of forest rimmed the remote horizon of frozen steppe, and silhouettes of weeping willows bowed languidly over the icebound river cutting through the frosty, moon-drenched fields. All was crisp and still in the bitter December night.

The clinking of mouthpieces and the faint jingle of spurs sounded softly as the horsemen moved up the avenue. Each man rode by instinct, half-asleep, exerting a knee pressure only sufficient to keep him in the saddle with the least effort. Heavy shubas of marten, sealskin, and beaver were crisscrossed with cartridge bandoleers and belted with double-holstered Mausers. Wolfskin or astrakhan papakhas, pulled low against the raw air, framed youthful faces and tired, cynical eyes which had seen savagery and bloodshed on an epic scale. Held slack in leather-gloved hands, reins slapped gently against sweat-streaked horseflesh. Half a verst back the thoroughbreds had smelled the stables, snorted, lifted their elegant noses, and of their own accord broken into a canter. Food and rest were near; the fatigued animals could sense it.

“Damned late to be bringing home twenty houseguests, Peotr,” noted the young coronet keeping pace with the officer in the lead.

“Kitty’s used to it,” his companion grunted laconically.

“We’re not in Piter
1
anymore, Aliosha, and concerned with manners,” someone behind them commented dryly. “There’s a war on, remember?”

“As if one could forget,” a low-pitched murmur halfway down the ranks lamented. “Bloody, depressing war.”

“But not in the last few weeks!” cried a triumphant voice. “We whipped their asses, by Christ! Two thousand roubles says those munitions depots we blew are still burning!”

Seldom in the last months had they been able to rejoice so roundly. Since mid-October, Denikin’s over-extended White Army had been in full retreat. Kolchak’s Siberian armies were finished, and General Yudenich and his small body of volunteers from Estonia had been defeated at the gates of Petrograd. On October 20, the Reds had retaken Orel, the Ukraine had fallen, and now Kharlov was threatened. The Bolsheviks were proving to be formidable opponents.

In spite of the recent disastrous reverses, General Mamontov had undertaken a deep raid behind Red lines. His cavalry mass, or koulak (fist), had smashed through the left flank of the Red Army and had reached Tambov, some 140 miles from where he had first broken through, then had turned westward and had moved along a zigzag route, dodging large Red troop concentrations for well over a hundred miles before turning back south and rejoining the main lines of the White armies. In the course of his daring raid, Mamontov had completely disrupted the rear of a wide sector of the Red front. He burned army supplies and depots, blew up bridges, destroyed locomotives and rolling stock, and executed captured Bolshevik commissars.
2
Cheerful jubilation in the South Russian newspapers noted there hadn’t been anything remotely like it since the cavalry raids during the American Civil War half a century earlier.

The officers cantering up the snow-covered driveway had been part of that roving cavalry under Mamontov. They were one of the special cavalry units from Turkestan and the Caucasus incorporated into Mamontov’s IV Cavalry Corps; members of the Touzémnaya (Native) Division, unofficially known throughout Russia as the Dikaya (Savage) Division. They were regarded, by others as well as themselves, as the elite of the White Army divisions. Their outward appearance was at best irregular. Flamboyant riffraff of every race and creed was the polite description. Some called them a pack of killers. Whatever the definition, all acknowledged their incredible skill and bravery, as well as their remarkable loyalty to each other, which went well beyond the usual standards of courage. They never left their dead or wounded on the battlefield but brought them out regardless of the circumstances.

Although young, all had served a bloody apprenticeship in the Great War and there had learned to cast aside everything not essential to battle: idealism, military discipline, regulation equipment, tack, and polish. They were unorthodox in every way—even to a completely different style of riding. It was a style more sporting than military, for they all rode thoroughbreds on short stirrups with a long rein and no bits, enabling
them to keep up a pace that no one else could rival.
3
The riders had a variety of nagaikis (whips) and
kinjals
(knives) tucked into their boots which they used with a kind of effective carelessness that earned them their reputation for savageness.

“That Balashov arsenal was sheer beauty, Apollo,” said a hawk-faced Kurdistan dressed in sheepskin, leather, and silver-embroidered breeches to the tall, well-built rider slouched in the saddle of the magnificent Karabagh mare cantering alongside him. “But crazy, definitely crazy.”

“I can count on Leda to get me out of any tight spot,” the large man impassively replied. “A mullah once told me Leda and I were both touched by the sun … some mystical sort of thing. Not that I believe it, particularly, but it doesn’t hurt. I’ll take all the luck I can get.” Mystical or not, it was an apt description, for the spectacular golden color of the mare and her master’s pale yellow hair—unseen at the moment, beneath the wolfskin papakha pulled down over his forehead—was a superb match.

“Touched is right,” his companion remarked facetiously, referring neither to mysticism nor coloring. “You’re a damned maniac, Apollo, going in to blow up that guarded arsenal smack in the middle of Budenny’s army.”

“It was like a full moon over the Erivan plateau.…”

“I thought you’d appreciate it, Sinko, brigandism being in your soul and all. Reminded you of the night raids so dear to your heart, eh?” There was a teasing mockery in the timbre of the deep voice.

“Nostalgic as mother’s milk, my friend.”

“As you damn well know”—the muscle in one lean cheek clenched momentarily—“it doesn’t hurt to be a maniac, fighting this war. All the truly rational men were done in long ago. And as for dealing with unpredictable situations and explosives …” Throwing off the brief melancholy, the negligent drawl was restored: “Dare I make the cliché comparison
to women? Handle them with a delicate touch and they’ll all make you feel good in the end.” Turning his head slightly, he smiled at Sinko in that lazy, faintly ironic way that was so much a part of his character.

“You should know, Apollo,” the dark-skinned, showily dressed Kurd replied with a flash of white teeth. “Wherever we stop there’s some woman giving you the eye and more than willing to make room for you in her bed that night.”

The Wicked and the Just by J. Anderson Coats
Fractured Memory by Jordyn Redwood
Home Free by Sharon Jennings
Darkness Falls (Darkness Series Book 3) by Drake, J.L.
The End of the Matter by Alan Dean Foster
Texas by Sarah Hay
Second Chance by Audra North
How to be Anonymous Online by Eydie, A. M.
Franklin's Christmas Gift by Paulette Bourgeois, Brenda Clark
The Lightest Dark (The Dark series Book 1) by Sweet, Avery
Our partner