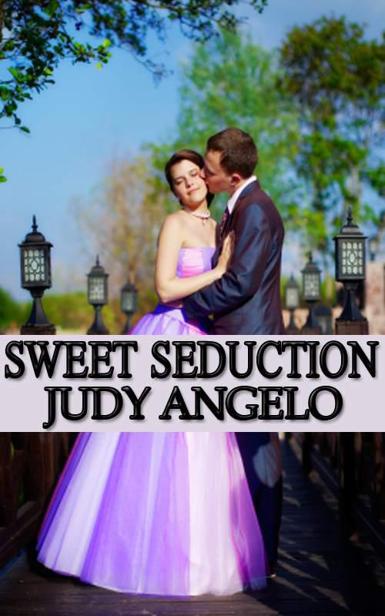 All rights
reserved.  No part of this book may be reproduced or transmitted in any form,
electronic or otherwise (mechanical, photocopying, recording or stored in a
retrieval system) without the prior written consent of the Publisher.  Such
action is an infringement of the copyright law.

This book is a
work of fiction.  The names, characters, places, and incidents are products of
the writer’s imagination or have been used fictitiously.  Any resemblance to
persons, living or dead, is entirely coincidental.

Volume 1 -
Tamed
by the Billionaire

Volume 5 -
To
Tame a Tycoon

Jake McKoy moves
to a tiny town in upstate New York to escape a painful past.  He has no idea
that it is here that he will find healing and strength and a new start in
life.  And that healing comes in the form of a fresh-faced woman who steals his
heart.

Samantha Fox was
only a month away from her wedding day when her fiance broke the engagement.
He'd found a more 'suitable' bride.   Haunted by the constant fear that she's
not 'good enough', Sam finds it hard to give her heart to another man.  And
when that man happens to be a billionaire who can't let go of his past, things
become complicated indeed.

Can Jake and
Samantha overcome their difficult pasts to forge a bright future together?

The gun was pointed at Brent Baker’s
heart but he felt no fear.  No, what he felt was…anticipation.  He was prepared
to die.

Jake McKoy sat back in his chair and stared out the
window.  Where did he go from here?  He’d started this story three weeks earlier
and still had not got past this scene.

Truth be told, he hadn’t written anything of sense in
the last three years.  And he didn’t know if he ever would.

With a sigh he threw the pen down and got up from the
kitchen table.  He had to do something to get the creative juices flowing
again.  Three years was a long time for a dry spell.  His publishers weren’t
going to wait forever.

He’d set up a writing office in the tiny
self-contained studio apartment at the bottom of the garden and equipped it
with a desk, a computer, a file cabinet and books.  That hadn’t worked.  He’d
abandoned that and tried the good old kitchen table.  His progress so far?
Twelve sad pages of drivel.  He just could not get into the story.  Were his
writing days over?

In a last ditch attempt he decided to go down to the
basement and dig up a book he used to read –
Lighting the Creative
Spark
.
The book wouldn’t tell him anything he didn’t already know but maybe, just
maybe, it would get him going again.

He’d flipped on the light and was halfway down the
stairs when he realized that something was not quite right.  There was an unfamiliar
sound, a steady tapping against the basement window.  He paused on the fourth
step then frowned.  Who the heck was at his window?  He glanced down, looking
for some kind of weapon – just in case.  His eyes fell on a broom leaning in
the corner at the foot of the stairs.  It would have to do.

Jake went down the stairs, quietly but swiftly, and
grasped the broom handle.  Then he peered round the corner.

There wasn’t a soul tapping at the glass.  The sound
he’d heard was water dripping from a pipe above his head, falling into a
massive pool of water below.

Just what he needed.  A flooded basement to start his
Friday.

He peered up into the shadows at the exposed pipe.
That alone could not have done this much damage.  It was like he had his own
personal indoor pond.  There had to be something else going on down below.

He rolled his pants up to his knees and waded into the
ankle-deep water and as he did he groaned aloud.  Even if he got the leak fixed
how the heck was he going to get this place dried out and cleaned up?  He shook
his head.  This was what he got for buying a big old house out in the backwoods.

After four minutes of hunting around for the source of
the leak he gave up.  Time to call the professionals.  With a sigh of
resignation he went back up the stairs, barefoot this time, and got the Tonawanda
Yellow Pages from the bottom of the kitchen cupboard.  He’d meant to throw it
out lots of times but kept forgetting to put it out in the recycling bin.  Good
thing he hadn’t.

He called the first plumbing service that popped up on
the page.  All-In-One Plumbing and Interior Decorations.  Strange combination,
but who was he to judge?

“All-In-One, may I help you?”  The slightly nasal voice
of a woman echoed into the phone.

“I have a flooded basement,” he said.  “Could you send
a plumber over right away, please?  I’m at sixteen twenty-nine Old Spruce
Lane.”

“Wow,” the woman exclaimed.  “The old Sullivan place.
I didn’t know somebody was living there now.  Seen any ghosts in the house?”

“Pardon me?”  Surprised by her question , Jake’s tone
was cool.  Who was this woman, anyway?  He hadn’t called for a chit-chat.

“Oops, sorry.  Just a moment, please.”  The woman must
have put the receiver down because her next words were slightly muffled.  “Sam,
Alvin’s stuck in Niagara Falls today.  Can you run out to the old Sullivan
place?”  She was back on the line within seconds.  “Sam will be there in twenty
minutes,” she said.  “Just look out for the All-In-One truck.”

Jake thanked her then hung up.  Twenty minutes.  Good
enough.  The damage was already done.  What was another twenty minutes worth of
water?  His indoor pool had probably been collecting for days.

Within eighteen minutes of the call there was the
rumble of a truck pulling up in the driveway.  They were punctual.  A good
sign.  Jake was on his way to the front door when the bell rang.  “Coming,” he said,
but before he’d gone another five steps the guy was ringing the bell again.
“Hold your horses,” Jake called out, slightly annoyed.  It was a big house.  Did
they expect him to get from one end to the other in seconds?

He flung the door open, still frowning, and froze in
surprise.  Instead of the burly plumber he’d expected he found himself staring
into the wide brown eyes of a sweet-faced young woman.

He stood there, shocked, then realizing he was staring
he cleared his throat.  “You’re with All-In-One Plumbing?” he asked then looked
past her at the big white truck.

“Yes,” she said, her voice sweet and mellow and deeper
than he had expected.  It was a soft, husky voice.  Sort of sexy.  “We got a
call that your basement is flooded.”

“And you came with Sam?”  He glanced at the truck
again but there was no-one in it.  The plumber must be at the back of the truck
offloading the equipment.

The girl laughed, a soft, rippling sound that brought
his eyes back to her.  “I’m Sam,” she said and held out her hand.  "Samantha
Fox, at your service.”

This was the plumber?  Jake almost laughed out loud.
They’d sent him a pretty little thing with long dark hair pulled back, her
heart-shaped face rosy and cheerful.  And at her feet was a toolkit.  She
probably was the plumber, after all.

He took her hand in his and was surprised at how soft
it was.  Definitely not the hands of a plumber.

She was a dainty little thing, dressed in denim work
shirt, jeans and heavy work boots.  She looked like a child trying to play
grown-up, dressed in daddy’s work clothes.  All-In-One Plumbing had sent a kid
to do a man’s job.  He was looking forward to seeing how that would work out.

He felt a tug and that was when he realized he was
still holding her hand.  “Oh, sorry.”  He let go then stepped back.  “Come on
in.”

“Thank you,” she said with a smile, seeming
unperturbed by the fact that he’d just been holding her – or at least her hand
– captive.

She bent and picked up her toolkit and stepped past
him and into the foyer, pulling work gloves out of her pocket as she went.
“Point me to the basement,” she said with a tilt of her head.

It was when she stepped in that he realized that her
hair swung all the way down her back, teasing her pert little bottom.  He tore
his eyes away before she turned and caught him staring.  Jesus, what was wrong
with him?  Was he so starved for the sight of a woman that he couldn’t help
ogling this one?

So he hadn’t been out in a while – a long, long while
– avoiding the public as much as possible, even ordering his groceries online.
Still, that didn’t meant he should react this strongly to the first woman to
cross his threshold.  He shook his head.  This was definitely not like him and
he’d better get a hold of himself if he knew what was good for him.  There was
no room in his world for a woman, no matter how attractive she was.

“It’s this way,” he said and led her down the hallway
toward the door.  He switched on the light and went down the stairs with
Samantha – or Sam as the woman at the office had called her – in tow.

As they stopped at the bottom step she looked up.
“Hmm, I see what’s going on.”  She sat on the second to last step and proceeded
to loosen the laces on her work boots.  “I have a feeling this is all connected
to your water heater,” she said as she pushed the boots off and pulled off one
sock and then the other.

She had small, delicate feet with pink-painted
toenails.  Nope, definitely not the feet of a plumber.  Jesus, he was staring
again.  Jake tore his eyes away and stepped past her and down into the water.
“You’re probably right,” he said, adopting a nonchalant tone.  “I was checking
around that area but couldn’t find anything.  Maybe you’ll have better luck.”

“I’m sure I will,” she said with a chuckle, “because I
know what to look for.”

She stepped into the water behind him and then she was
wading past him toward the huge white cylinder around which the water lapped.
“This is a very old model,” she said, and ran her hand along the top.  “You’re
probably going to have to invest in a new one.”

She ran her hands all the way down the sides, probably
checking for leaks, then bent over to peer at the pipes running into the
cylinder.

And that pert bottom he’d glimpsed upstairs?  Now he
was treated to a full view of it.  Dang!

“Found it,” she said, head still down and butt in the
air.  “Your pipes are really old, probably the original ones that came with the
house.  These ones definitely need to be changed.”

Recovery by Alexandrea Weis
The Cowboys and the English Teacher [Hot Off The Ranch] (Siren Publishing Ménage Amour) by Luxie Ryder
Twelve Days by Alex Berenson
Trade Secret (eARC) by Sharon Lee, Steve Miller
The Cradle by Patrick Somerville
The Towers Of the Sunset by L.E. Modesitt Jr.
Youth Without God by Odon Von Horvath
The Amazing Adventures of Freddie Whitemouse by Elizabeth Jane Howard
Saving Sarah by Jennifer Salaiz
A Home for Hannah by Patricia Davids
Our partner