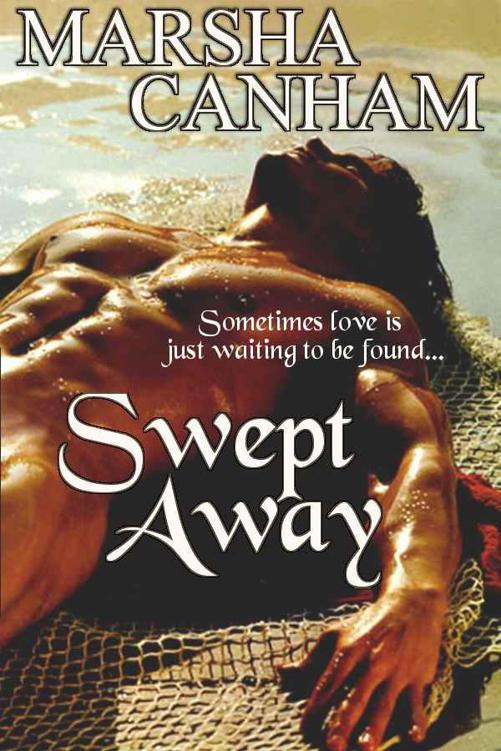 All right reserved. No part of this may be used or reproduced in any manner whatsoever without permission except in the case of brief quotations embodied in critical articles and reviews.

This book is a work of fiction. Names, characters, places and incidents are either products of the author’s imagination or used fictitiously. Any resemblance to actual events, locales, or persons, living or dead, is entirely coincidental. All rights reserved. No part of this publication can be reproduced or transmitted in any form or by any means, electronic or mechanical, without permission in writing from Marsha Canham.

This Ebook version is dedicated to the memory of the real Auntie Lal.

The man who had nearly succeeded in bringing the world to its knees sneezed and wiped his hand on the front of his coat. It was cold in front of the open window. The wind was brisk off the sea, laden with the dampness of a week’s worth of raging storms. Something even more ominous lurked out there in the darkness and mist. The riding lights of the British warship
Bellerophon
could be seen, if one knew where to look, hovering at the mouth of the estuary like a predator crouched in the shadows waiting for its prey.

Napoleon Bonaparte knew where to look. He had been tracking the movements of the warship since she had first been sighted taking up a position in the blockade nearly three hours ago. There was anger in his expression and not a little disdain as he thought of his own navy, never fully recovered after its crushing defeat at Trafalgar some years before.

For a man whose reputation had already assumed legendary proportions, Bonaparte was small in stature, his figure squat, his paunch an ignoble swell over the tight fitting white kerseymere breeches. His hair was fine as silk, reddish in color, his eyes gray and brooding and capable of instilling fear in all who met him. At the moment, dread of becoming the target of one of those piercing glances commanded respect in the half dozen men who stood tense and silent in the room behind him.

“Excellency, it is beginning to rain. You should come away from the window else you take a chill.”

“Do you know the English news sheets refer to me as ‘that Corsican Ogre’,” he mused, dismissing such petty concerns as weather. “They accuse me of treason and urge the Bourbon puppet to demand my execution. Me,” he said with a shake of his head. “
Me
, the man who saved France from drowning in her own blood and made of her one of the most powerful countries in the world. Now they call for my execution and would make it a public spectacle.”

He clasped his hands behind his back, visibly reining in his temper before he turned and addressed the solemn gathering of officers. “Who do you suppose would dare wield the blade? Louis Capet? He only dares to enter Paris behind the heavy guns of the allied armies. Weak, pompous, cowardly fool. Like his father before him, he can barely execute a bowel movement without assistance.”

“Louis would never dare issue such an order, Excellency,” said the former grand marshal of the French army, Henri-Gratien Bertrand. “He does not have the stomach for it. A cut finger and he pukes his guts on the floor.”

Bonaparte nodded smugly. “Then his brother, perhaps? Now there is a stout fellow, by any measure, with guts enough to unleash a private army of assassins on me. He must feel he is bound to succeed one of these days, must he not, Cipi?”

Franceschi Cipriani pursed his thin lips in an effort to contain a smile. There had been at least thirty failed attempts on Bonaparte’s life over the past decade alone, all of them made at the instigation of the persistent Comte d’Artois. The last devil-for-hire had tossed a bomb at the Emperor’s state carriage as it passed by and had blown the vehicle twenty feet in the air, horses and all. Unfortunately for the erstwhile assassin, the blast had also taken off his legs, but he had lived long enough to be informed that the carriage had been empty, and Napoleon fifty miles away at the time.

Of all the dour faced men crowded around the door, Cipriani was the only one who could afford to smile. He was neither a soldier nor a courtier. He was dressed in gentleman’s clothing now, but at the blink of an eye could appear in stinking rags with several days growth of beard concealing the lean, pointed jaw. A master spy and deadly assassin in his own right, it was Franceschi Cipriani who had discovered that the allies had been planning to remove Napoleon from Elba to an even more remote location, and it had been Cipriani who had made arrangements for his Emperor to escape the island and make his triumphant return to France.

For one hundred days Napoleon had marched boldly across France at the head of an army loyal to the core, eager for revenge. Following the debacle at Waterloo four weeks ago--a battle that could have,
should
have been won--he had been forced to ride by night down deserted streets and across windswept fields to the small port town of Rochefort, and from there, to seek refuge on the tiny island of Aix, in a grim stone cottage overlooking the mouth of the bay. With the armies of four countries fast on his heels, he had no where left to run, nothing but his anger and contempt to hide behind.

Some of that contempt was directed now at another member of the stone-faced group.

“You have remained remarkably quiet, my bold seahawk. Have you nothing to say?”

The man stood half in the shadows, one broad shoulder leaning against the wall. He was dressed in the elegant clothes of a gentleman, wearing a fine woolen jacket with high molded lapels, an embroidered silk waistcoat worth a year’s soldiering wages and a muslin cravat so white and precisely pleated he might have recently come from an evening at the opera. He was easily the tallest man present, a full hand’s width above Cipriani which made him tower a head and half a shoulder above the stocky Bonaparte. His features were in shadow, but his smile was as white as his stock as he responded to the emperor’s question.

“What would you have me say, Excellency? The Prussian army is a day behind you, the Swedes have the roads to the north blocked, the Spanish guard the south. They would want nothing better than to have you try to fight your way through, thereby removing the need for any puppet king to sign an order for execution.”

“Montholon and Las Cases--” Napoleon paused and tipped his briefly toward the two men standing beside Bertrand “--are convincing in their arguments that I should make for America. The colonials were our allies during their own war with England and would not be hasty to comply with any demands to surrender me.”

“I agree it would be a wise choice, Excellency, but you still have to get there first.” Dark eyes briefly reflected a glitter of candlelight. They were an intense brown, almost the same shade as the thick waves of black hair that curled over his collar. “The
Bellerophon
is a seventy-four gun ship-of-the-line, manned by the same fighting crew who created havoc at Trafalgar. Onshore, there are guards on every dock, soldiers in every village, patrols watching every mile of coastline. You could try dressing yourself in rags and hiding away in the bilge of some local fishing vessel, but I warrant even the poorest excuse for a boat is being thoroughly searched. Would you really want to be discovered buried under a pile of fish heads? I shudder to think what the wags who write the news sheets would dub you then.”

The errant curl that fell over Napoleon’s high forehead seemed suddenly darker against the whiteness of his skin as he blanched, offering proof that he had already imagined the ignominy and did not need to hear it put into words. “I have, until recently, worn the Imperial Crown of France, gentlemen. I have no intentions of replacing it with a fisherman’s cap now or ever.”

“But Sire--” one of his minor officers protested, “you cannot simply abide here and do nothing. The British foreign office has spies everywhere. By morning your presence in Aix will be the best known secret in Europe.”

“I am counting on it,” Napoleon said quietly. “And by morning, it will not matter. Lord Wessex will no longer need his legions of spies to inform him of my whereabouts, for he will know precisely where I am at all times. Be assured,” he added, “ there are plans underway to remedy the unfortunate situation we find ourselves in at the moment, but until they can be put into effect, I must once again appear to be the docile, defeated lamb quaking at the thought of slaughter. General Montholon, you will kindly send word to the brave compatriot who stands willing to run the blockade that his services will not be required. Colonel Bertrand, you have dispatched the missive to the captain of the
Bellerophon
advising him that I am prepared to surrender my sword into his hands?”

“It was delivered an hour ago.”

“It is fitting that tomorrow should be the fourteenth of July,” Napoleon continued. “The very day the Bastille fell to the citizens of France and thus set us on our glorious path to honor. And it will be honor, gentleman--fine English honor that saves us now, for I will convince this British captain that I come to him in peace to kneel at the mercy of the English people. Like Themistocles, the Greek general who was forced into political exile after he defeated the Persians, I seek asylum from my enemies and put myself under the protection of the laws which govern England’s own Prince Regent.”

“Do you really think they will believe you?” The Englishman asked.

“Why would they not? I have been fighting battles and waging wars in one form or another for thirty-five of my forty-six years. I doubt Wellington, with whom I share the same year of birth, has been at it half that length of time, yet he has already declared his desire to live quietly and anonymously in some small village in the English countryside. Whether he does or not, remains to be seen, but he seems determined to put forth the
illusion
of docility, does he not?”

“Is that what you are doing? Putting forth an illusion?”

It was not Bonaparte but Cipriani whose lips flattened in a slow, malevolent grin. “Surely you do not expect us to tell you all of our secrets, Captain? If we did, they would be poorly kept secrets indeed, would they not?”

Bertrand led the other officers in shifting back several less than subtle paces. It was no secret whatsoever that Cipriani did not trust the English mercenary despite having hired him and his ship to effect the emperor’s escape from Elba. Nor was it a surprise to anyone in the cabin that the Englishman returned the feelings of distrust and animosity tenfold. What astonished them was that both men were still alive. They could only surmise it was the hand of one man who kept them from slashing each other’s throats in the dead of night.

Healing Grace by Lisa J. Lickel
The H-Bomb and the Jesus Rock by John Manderino
Last Spy Standing by Marton, Dana
Master of Paradise by Katherine O'Neal
El Valle del Issa by Czeslaw Milosz
Grace Among Thieves by Julie Hyzy
Taking Chances by M Andrews
Golden Paradise (Vincente 1) by Constance O'Banyon
The Goal: A Process of Ongoing Improvement by Eliyahu Goldratt
The Ghost in the Big Brass Bed by Bruce Coville
Our partner