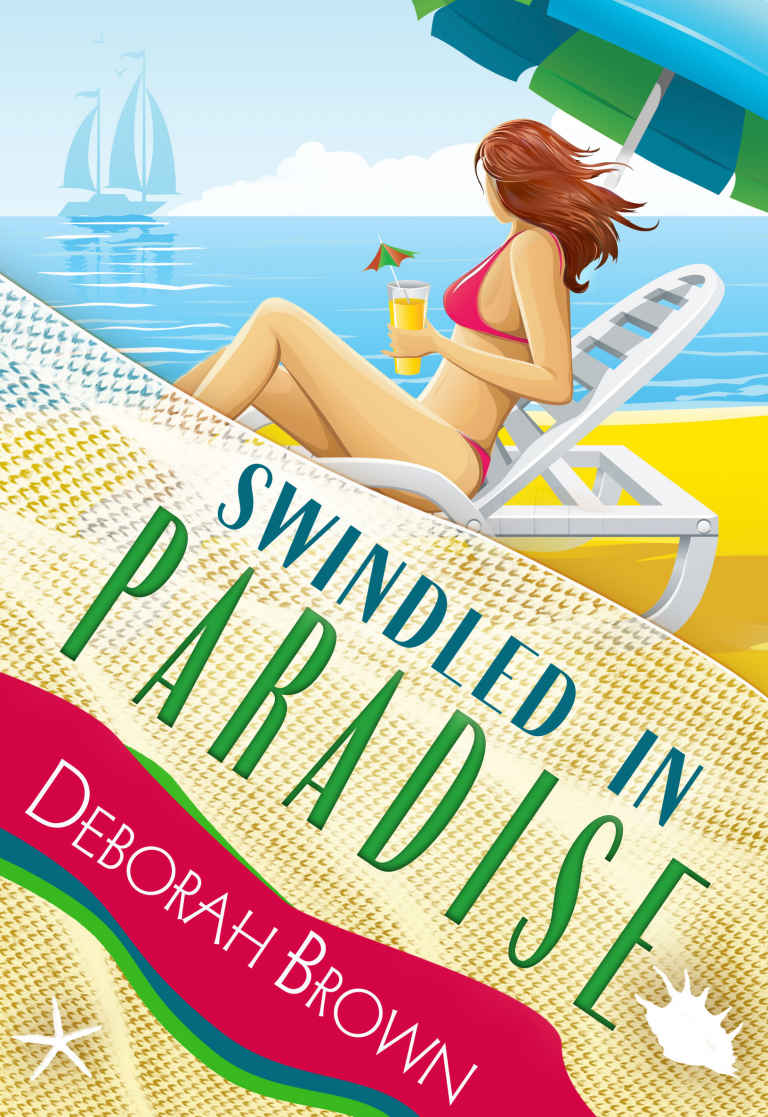 This book is a work of fiction. Names, characters, places and incidents are either the product of the author’s imagination or used fictitiously. Any resemblance to actual persons, living or dead, or to actual events or locales is entirely coincidental.

All rights reserved, including the right to reproduce this book or portions thereof, in any form. No part of this text may be reproduced, transmitted, downloaded, decompiled, reverse engineered, or stored in or introduced into any information storage and retrieval system, in any form or by any means, whether electronic or mechanical without the express written permission of the author. The scanning, uploading and distribution of this book via the Internet or via any other means without the permission of the publisher is illegal and punishable by law. Please purchase only authorized electronic editions and do not participate in or encourage electronic piracy of copyrighted, materials.

Automatic gunfire flew into the restaurant from the street, ricocheting off the walls. A steady stream of bullets wreaked havoc everywhere, beginning in the bar, where anything glass shattered and expensive bottles of liquor exploded, sending liquid and shards flying in all directions. Screams echoed throughout the building; hopefully people weren’t injured, just scared out of their wits. Furniture overturned as people hit the ground, scrambling in blind fear. The staccato sound went on and on for what seemed like an hour, but it was over in less than a minute, as the destruction moved at a steady pace through the main entrance, into the dining room, and completed its assault on the far end of the wrap patio. Squealing tires signaled the end of the chaos.

We sat under an umbrella on the patio of an upscale restaurant called B’s, the current “in” place, complete with prime people-watching from sidewalk seats. Its Ocean Boulevard location in Miami Beach was in the middle of the Art Deco Historic District, which continued along the water to the southernmost end of the main barrier island.

I sat across the table from my best friend and roommate, Fabiana Merceau, in a midriff top and a flirty above-the-knee tropical print skirt in greens and oranges. I sighed at having to leave my flip-flops in the SUV and change into persimmon color slides. I looked like the girl next door except for the red hair and the whispers of “crazy” everywhere I went.

Fab wore a full short skirt that just begged to twirl and a black halter-neck top, adorned with columns of sparkling crystals at the neckline, that showed off her sculpted, tanned arms. Her feet loved the four-inch designer heels. No one did sexy like this golden-brown-haired, blue-eyed Frenchwoman. The only downside to her outfit? No place to carry her Walther, so she tucked it in her black envelope purse.

“What are we doing here?” I asked.

“The owner, my newest client, wants me to work here.” Her eyes scanned the interior of the restaurant.

I whined when Fab said we couldn’t sit outside and moved to seats just inside the sliding doors that ran around the perimeter of the restaurant. A warm breeze blew in from the Atlantic Ocean across the street, but it wasn’t nearly as invigorating as if we’d stayed at the sidewalk table.

I arched my brows. This wasn’t the dress-up girlfriends lunch Fab had sold; this was a job. “Doing what?” Customer service wasn’t Fab’s strong point; she had no patience. One snotty comment and the patron would end up wearing their food.

I asked her several times where were we going, complaining loudly and questioning why I had to wear uncomfortable shoes. This was another one of her crap surprises, but we never said no to one another.

The sound of gunfire interrupted her.

Fab and I hit the floor and rolled into an alcove, both of us drawing our weapons. Judging by the sound of the gunshots, which quickly melted into the distance and ceased, it had been a drive-by shooting.

“You listen to me,” I barked. “I don’t know what’s going on, but you’re never working here.”

“I hate it when you sound like your mother.” She grabbed my hand. “Let’s get the hell out of here before Miami’s finest show up.”

We could hear the sirens rapidly approaching. This would be headline news, and we weren’t going to be part of the story.

She peered around our upturned table. “Now.”

We raced out a side door, across the corner of the patio to the sidewalk, and blended in with the gaping crowd that had started to gather.

“Should we cut across to the beach?” I looked across the street. The waves breaking on the sugar-white sand had a calming effect.

“We need to get back to the SUV and out of the area before they start cordoning off streets and we’re stuck here. If we hang around, someone might recognize us, and the questions will be endless.”

I kicked off my shoes; Fab looked disgusted. “Your feet will get dirty.”

“That’s what your overpriced French shower gel is for.”

She took off her shoes, and we ran for the parking garage.

When we got there, Fab slid behind the wheel of my black convertible Hummer. It was the best deal I ever got on a car though I rarely got to drive it. I’d been banned from driving my own vehicle, the common complaint being that I drove too slow. I looked forward to the day when driving the speed limit didn’t garner evil looks.

“Start talking about the job duties for this new employment you’re forbidden to take.”

“Calm down. We got away uninjured.”

I glared at her.

“B’s is running private poker games in the back room. The owner wants me to check the security, sit in as a player, make sure the games stay friendly, and run checks on the high-rollers and employees.”

“First off, gambling is illegal in this state.”

“Your mother uses the back room at Jake’s for the same illicit operation.” She smirked.

“Don’t bring Mother into this. Jake’s has never been riddled with bullet holes.” She gave me a look. “Okay, I admit to the occasional gunshot inside the bar. Anyway, her games are invitation-only to a select few, doctor, lawyer, CPA, all friends of the family.”

Jake’s was a tropical-themed dive bar I owned in Tarpon Cove, frequented by locals who liked cheap drinks and the best Mexican food at the top of the Keys. I couldn’t wait to get back to the Cove; I was tired of overly-impressed-with-itself Miami. Besides, shouldn’t you check out the people involved
before
dealing the cards or hiring them?”

“When there’s big money on the table, sometimes rules get bent.”

One thing about Fab, she knew when to keep a low profile, when not to play chicken at yellow lights or incite a smoking-hot male driver into a game of chase, only to laugh and disappear on them, always ending the game on her own rules.

“Let me guess, your new client screwed someone and got served up some payback. If this was meant to scare him, I’d say mission accomplished unless he’s completely stupid. Does this client have a name?”

“Patino,” Fab murmured. “It did appear as though the shooter aimed high.” She stared at the roadway, lost in thought. “He’s probably going to want me to investigate.”

“N-O! This Patino person already knows the answers to all his questions, and I bet you he’s on a first-name basis with whoever ordered the shooting.” I shook my finger at her. “Don’t think I won’t stoop to telling on you.”

“You wouldn’t.” She frowned.

“I love you. You’re the sister I never had. Are you crazy enough to think you can be replaced? We don’t allow just anyone into the Westin family.”

“Women are having babies later in life; maybe your mother will get preggo by Spoon.”

I gasped. “Don’t you repeat that to anyone. Brad would have a stroke.”

My brother, was coming around slowly to Mother’s reformed badass boyfriend, Jimmy Spoon. He liked the man, but wanted Mother to hook up with a stable, less fun, older gentleman, not a younger one with whom she shared cigars and Tennessee whiskey straight up. But babies….

Fab maneuvered the Hummer onto the Overseas Highway, an exotic road that ran through the lush tropical landscape between Miami and Key West. A colorful Florida scenic highway sign confirmed that home was closer than ever. Tarpon Cove was the first exit at the top of the Keys, a small beach town that housed more full-time residents than flighty tourist traffic. Cars generally passed up the Cove in a cloud of sand, heading to the ultimate playground at the southernmost tip—Key West.

“What are you doing?” Fab snarked.

I had reached over the seat and grabbed the carry bag that I’d left on the floor. “Since I’m not driving, I can change my clothes.” I smoothed my hands over my skirt. “You’d owe me a new one if this had gotten covered with blood stains. What the hell happened back there?” and pitched my shoes over the seat, not caring where they landed.

“I don’t know, but I’m going to find out.” Fab grabbed her cellphone and dialed it one-handed without taking her eyes off the road. After a minute, she made a face and ended the call. “Went to voicemail,” she said, tossing her phone back on the console. “I’ll call Patino later, and when I do, I bet his answers to my questions will be vague.” She tapped her fingers on the steering wheel, an intense look on her face.

“And this is the conversation where you’ll be giving your notice, effective immediately? Don’t think you’re going to pull one over on me.” I stripped down to my black lace bra and lace-trimmed hipster underwear. They were a little fancy for the black sweatpants I pulled over my hips, rolling the legs to mid-calf. I grabbed my cropped black sweatshirt with the State of Florida seal embossed on it in a deep silver.