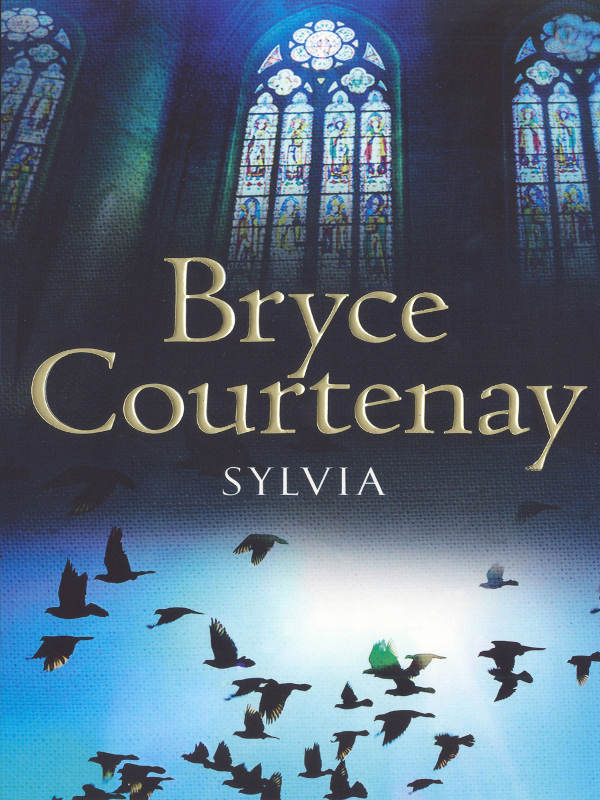 The Power of One
is also available in an edition for younger readers, and
Jessica
has been made into an award-winning television miniseries.

B
OOKS BY
B
RYCE
C
OURTENAY

Also available in one volume, as
The Australian Trilogy

All rights reserved. The use of any part of this publication reproduced, transmitted in any form or by any means, electronic, mechanical, photocopying, recording or otherwise stored in a retrieval system, without the expressed written consent of the publisher, is an infringement of the copyright law.

CHAPTER FIVE Blood on the Rose

CHAPTER SIX Of Whores and Heretics

CHAPTER SEVEN The Shrine of Bread and Fish

CHAPTER TEN The Cross and the Fish

CHAPTER ELEVEN The Cross of Crows

CHAPTER THIRTEEN On the Road to Jerusalem

CHAPTER FOURTEEN On the Road to Jerusalem

THIS WAS A STRANGE period, even for a time of civil war, when horrible surprise and uncertainty, sickness and blight upon the land seemed as commonplace as dogs barking in the night. People, sensible and devout, not given to open display and well knowing their lack of noteworthy lives, took to strange acts of sudden wilfulness. A vainglorious, corrupt and complacent Church, the only arbiter of right from wrong and well accustomed to owning all judgements, felt certain these signs and portents were visitations from the devil, while the ordinary folk clearly saw God's mysterious hand at work in their lives.

Though how God, one crisp March morning in the year of our Lord 1212, could cause two chaste women of Cologne to strip to public nakedness in the grey dawn light was a complex mystery even for those epochal times. That two fat women with no cause to want for anything, and at a time when to be rotund was a sign of contentment and privilege, took to behaving like drunken hussies seemed near impossible to explain as a divine manifestation.

These, you must understand, were enormous women, their pendulous breasts lifting and slapping against great wobbling stomachs, each milk-white thigh shifting its weight first to the left and then to the right as they trundled barefoot across the wet, cold earth.

The fact of the two fat women running was a near miracle in itself. But further to this, neither was known to the other â they came down different streets and it was well-known in their respective neighbourhoods that they would customarily walk only short distances before having to stop to recover their breath. But now they ran, if less the gazelle and more the hippopotamus, still it was running by any known description. They wept as they ran, constantly calling out the name of the most holy place in Christendom.

If this was a Satan-inspired early-morning madness, then it was also an infection that seemed to be carried within the stinking city not yet cleansed of winter ordure by the spring rains. At about the time the Angelus bell rang and even before the sun was to rise fully that morning, as if to some unspoken command, hundreds of pious women rose from their beds. The fortunate and the desperate poor, all keepers of the faith, sat bolt upright, then, as if possessed, stepped urgently from their beds and hastily drew their woollen nightgowns or the rags they slept in over their heads, casting them to the floor, and stood naked before their Creator.

To some further inward command, the women crept silently past sleeping husbands and children to emerge from the doorways of homes and hovels in every neighbourhood. That they regarded themselves as spiritually guided there is no doubt â foolishness and wanton display played no part in their chaste and pious thoughts. With their arms and faces raised to heaven, eyes tightly shut to the rising sun, they ran from every direction towards the square in front of the church of St Martin where from their collective lips issued the single chant, âOur children in Jerusalem!'

The archbishop and his two attendant clerics, together with the small number of old women and a smattering of pilgrims seeking indulgences before the spring ploughing who were attending the early-morning mass, hearing the chanting that came from outside the church, hurried to the great doors. Some would later claim that at least a thousand women stood naked chanting in the church square. Later that day town officials would announce the figure at less than a hundred and then, as time wore on and at the insistence of the archbishop, it was further revised to a handful. Finally, when it came time to add the event to the pages of Church history, it was reduced to the original two fat women running, who, the Latin scribe was careful to add, were found dead, struck down by the hand of the Almighty.

History, when it is recorded from only one determining source, is usually as unreliable as it is self-serving. It consists, in the main, of what the Holy Father in Rome or the Princes of the Church, archbishops and proctors cared to acknowledge, and is usually rearranged to suit the political or doctrinal agenda of the day. The truth in those medieval times, as often as not, was placed in the custody of the eyewitness, where it too became degraded when carried forward in song and legend. This communal voice, if not entirely reliable, at least has the distinction of being neither politically inspired nor self-serving and therefore has no reason to conceal the facts.

Accepting that two people who witness the same event may see it quite differently and allowing for exaggeration and the usual ale-house talk, the layman's truth may yet be the more reliable of the two versions. The Church historian says two fat women possessed of a satanic frenzy entered the square where they were struck down for their sin of nakedness. The secular voice claims more, many more, naked women swept up in a common religious zeal inspired by the Holy Ghost gathered in the church square that early March day in the year 1212. We may choose to believe one or the other account, but the common voice possibly explains what the Church was never able to: how the Children's Crusade was initially inspired.

To continue the popular account, the congregation, watching from within the church, had barely sufficient time to gain a glimpse of the naked chanting women before the archbishop ordered them to return at once to kneel before the high altar. Whereupon the church doors were closed with a great banging and echoing and shooting of bolts into place by the two templars, who traditionally stood as the night watch for the few coins it earned. Alarmed by the echo of the doors, a blur of pigeons rose into the sky from the hundreds of carved and crenulated tucks, nesting nooks and crannies and from the snarling jaws of the granite gargoyles.

Inside the church the two ineffectual and near-hysterical clerics, shouting and wringing their hands, implored the morning congregation to stop their excited chattering and to kneel alongside four nuns at prayer in front of the great altar. These four devout figures, three nuns and a lay sister, oblivious of the events taking place outside the church, had remained steadfastly at prayer throughout.

With his flock finally gathered and silent at his feet, the archbishop reminded them that at the very moment Adam, tempted by a recalcitrant Eve, had taken a bite from the forbidden fruit, innocence in the world had ceased to exist. From that time, with the eviction from the Garden of Eden, public nakedness had become a mortal sin.

He informed them that, because they had been witnesses to this flagrant act of sinning, they too were no longer pure in spirit and therefore the wine of Christ's blood and bread of His flesh was withdrawn until they'd received confession. They would, the archbishop hastened to declare, be allowed to receive mass
only
if they confessed the sin of Eve and, as penance, purged their memories of the event they
henceforth imagined
their eyes had recently witnessed. This they all readily agreed to do; better to accept a Church-sanctioned lie than be forever damned by a satanic truth. The archbishop accepted their collective confession and pronounced them cleansed in sight, memory and mind.

In the re-telling of any event, a brief glimpse is far more dangerous to the truth than a good hard look, so that not everything âapparently not seen' in the church square by the women attending mass that morning can be absolutely relied upon. What is certain â for it took place in front of their very eyes
and
after their minds had been cleansed, their memories expunged and their tongues hopefully silenced â was the subsequent behaviour of the three nuns and the lay sister kneeling in prayer.

Just as the archbishop pronounced the penance of compulsory memory loss and began the final benediction, the four kneeling forms rose simultaneously to their feet and commenced to disrobe. In a matter of moments they stood naked with their eyes tightly closed, arms raised towards the statue of the crucified Christ and in clear voice simultaneously pronounced, âOur children in Jerusalem!'

Outside the bolted church door the two old templars, setting aside their pikes, seated themselves on the topmost step. Slapping their knees in delight they cackled gleefully as they watched the curious proceedings in the square. They, who while twice serving as crusaders in the Holy Land believed they had witnessed every manifestation of the Christ passion, now found themselves confounded. They had seen pilgrims who had marched on their knees until the cobblestones ran red with blood; they had witnessed rape and pillage, mass hysteria, the eating of human flesh, ecstatic rending of garments, legions dressed in sackcloth and ashes, male nudity and self-mutilation, all in the name of the Christ figure. But now they merrily agreed that nothing they had hitherto seen compared to the situation evolving in front of their eyes on this early-spring morning. They proceeded to scan the chanting women for every lurid detail, knowing that for years to come no alehouse in the land would refuse to fill their tankards in return for their personal account of the onset of Jerusalem fever.

Tori Phillips by Silent Knight
Never Let Go by Deborah Smith
The Christmas Lamp by Lori Copeland
The Wolves of Andover by Kathleen Kent
Las Vegas for Vegans by A. S. Patric
Fibble: The Fourth Circle of Heck by Dale E. Basye
Off Season by Anne Rivers Siddons
33 Snowfish by Adam Rapp
Dream Story by Arthur schnitzler
Curves for Her Rockstar by Leslie Hunter
Our partner