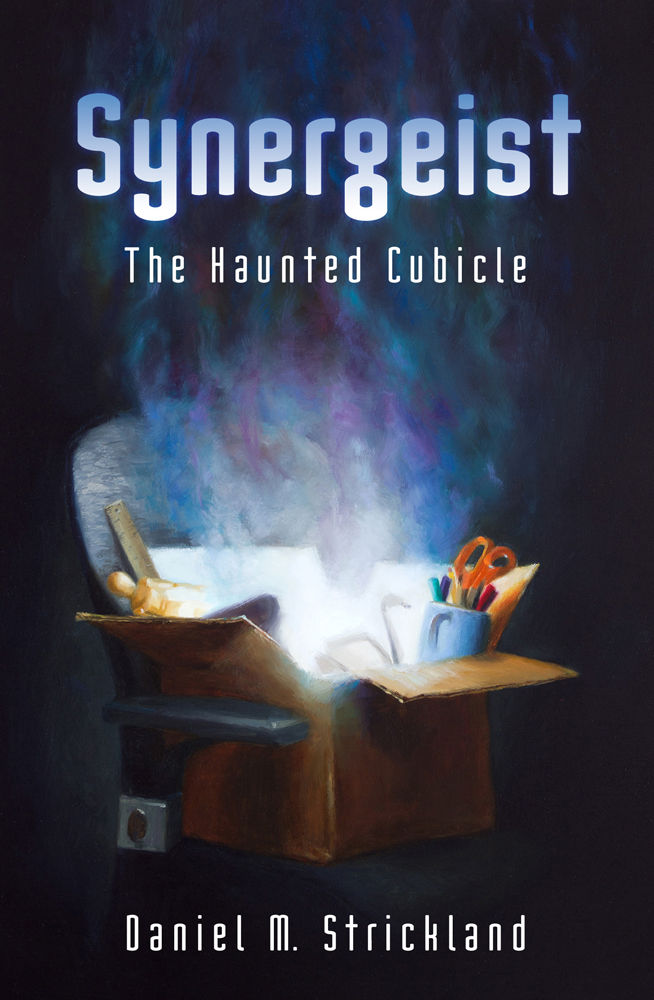 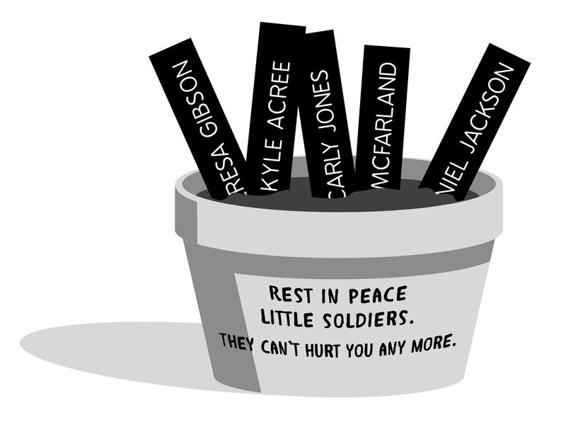 "You don't have a soul, Doctor.

You are a soul.

You have a body, temporarily."

—
From
A Canticle for Leibowitz
by Walter M. Miller, Jr.

The following novel is pure fantasy. No harm was done to actual physics, metaphysics, or theology in its creation. The characters in this book are fictional. Any resemblance to persons I crossed paths with in my 30 years of life spent in a camel-colored cubicle may not be completely coincidental, but it is unintentional. I cannot be held responsible for what comes out of the Mixmaster of my subconscious.

To die would be an awfully big adventure.

—
From
Peter Pan
by J.M. Barrie

There was a jarring jump cut in reality. Everything had been chaos—thrashing about and fighting for breath. Blackness had been closing in, the constricting iris of a lens, consuming her vision. Then chaos, without transition, became complete calm. A riot of colored lights blinked into view everywhere at once. Wildly-hued, transparent, overlapping, mostly-geometric shapes appearing in all directions.
Was this a psychedelic dream or the worst migraine optic flashes ever?

The relief of surviving battled with the panic of being left with this weird form of blindness. What was an artist without her eyes? She could not differentiate a ceiling or walls or furniture or specific light sources. Everything glowed. Nothing appeared solid, layer after layer of transparencies, going on forever, as if surrounded by a holographic Technicolor x-ray. She reached up to touch her eyes. She didn’t feel her face or her hands touching her face. Did she even have hands? It seemed as though she moved something. Phantom limbs? That’s when she realized that there was no sense of touch registering anywhere. Not the sensation of numbness, but nothing.
Paralyzed and blind?

She wailed. She heard no sound, which further fueled her burgeoning hysteria. The wild colors before her shimmered faintly but noticeably. Trying to collect herself, she closed her eyes. Nothing changed. Either she had no eyelids or they were already closed. She attempted to take a deep breath. She didn’t seem to be breathing either. Now she flailed wildly and screamed, abandoning rational thought to raw animal emotion and expression.

After a considerable while she stopped, having had enough. A good tantrum provides a certain catharsis, but it wasn’t helping the situation. She felt none of the normal physical effects of hysteria. No jitters from the rush of adrenaline. No puffy eyes or ragged-out throat.

Perhaps she should try a more rational exploration of her situation. She could not conceive how this was the result of any physical condition. If this were a lucid dream, surely to God she would have awoken by now. She would have pinched herself, except she couldn’t find a self to pinch. Psychotic break? Being calm and rational hadn’t made it go away either. She felt panic building, threatening to consume her once more.

She kept it at bay by taking inventory. First, there was this kaleidoscopic sight. She looked around slowly. As she did, she realized that her vision was not limited to the view in front of her. She “saw” in all directions at the same time, looking around being an act of focus, not motion.

Not physical focus like a camera but mental focus. Whatever she fixed on, at any distance, she perceived with perfect clarity through all the intervening layers. She wasn’t exactly sure what she was looking at, but she saw anything she picked out, anywhere. It occurred to her that maybe she was moving to the object rather than visually zooming in on it, but somehow she sensed that was not the case.

She tried to look down at herself, but she only saw the endless transparent layers. She waved her hand in front of her face. Well, she waved them in her current field of vision, since she didn’t know the actual location of her face. An eerie little jet of multi-colored plasma waved in front of her. Huh. Well, no nails to polish. She waved both hands before her face and there were two jets.

Oddly, this triggered a perfect memory of her niece, lying in her crib, watching her own hands waving before her face with amazement. A baby. She stopped for a moment to consider but shook it off before she got too far. There would be plenty of time for philosophy later, or not. Physically exploring this… this whatever, kept the hysteria at bay while considering the implications would not.

She wondered if producing a third hand was possible. That thought disturbed her, so she left that experiment for later. Next she brought her hands together, which did not result in any sensation of touch but did produce discernible interference patterns in the light. Intuitively, she recognized different designs in the interference as sensations. She played with her hands, creating familiar hatching, cross-hatching and stippling patterns by causing them to interact in different ways. The meanings of each of these displays were instinctually obvious to her. She laughed with delight when she found a touch that produced what she somehow knew to be a tickle.

As with her screams, her laughter was not recognizable as sound, but produced a faint shimmer in the air, radiating in all directions.
Deaf as well? Damn.
She was beyond panic at this point, like a shell-shocked soldier wandering around the battlefield looking for her arm.

She had no idea if there was air around her, since she wasn’t breathing. For convenience, she thought of it as air. Vibrations in the air were sound, so she listened. She heard nothing nearby (or saw any sound or… whatever). She had made so much noise. Did anybody or anything out there hear her? The idea terrified and exhilarated her. She decided to err on the side of caution and to try to be extremely quiet. It was a natural inclination for her not to draw attention to herself, but in this case she had an exceedingly good reason.
Us babies need to be careful
.

She cautiously surveyed her surroundings. Upon a more deliberate inspection, she noted differences in the patterns of light around her. The majority was static: a fixed pattern of standing waves. These were the most common and the most immediate, completely surrounding her. She could “see” through them by focusing beyond them. Further out, more interesting patterns dotted the landscape. These patterns swirled with flowing and pulsing colors. She picked one and focused on it. Astonished, she realized that she was seeing more than the standard spectrum, a whole enormous array of nameless colors.
How many tubes of paint would it take to paint that? What a trip!

Energy. What she saw was energy. She was not sure how she could be so certain of this, but she was sensing electromagnetic energy in every wavelength. Beyond that, perhaps she was sensing gravity, and the weak and strong atomic forces.
The energy equivalent of matter as well?
Who knew?
At this point she just needed to be able to make sense of what she saw.

A concentration of lively patterns caught her attention as it shifted in the chaos. The mass unfolded and separated from another shape, moved briefly in one direction, and made a 90-degree turn. Then the form moved in a straight line until it came to a dense angular collection of crazy lights. Streams of a single color of living light flowed through boxy-shaped static structures and reminded her of blood moving through veins. The stream came from a chaotic weave of tributaries that extended in every direction in a plane beneath her. Why did it seem to be beneath her? She felt as if she had a sense of up and down, but she definitely didn’t sense a pull in any direction. She felt weightless, with no sense of reclining or sitting or standing.

The moving pattern touched the other briefly, gathered something, and then made it’s way back to where it started. The familiarity of this scene hit her like a snow cone brain freeze.
Could she be witnessing someone getting up from their desk and going to the printer to retrieve a printout?
The thought brought her back around from the dispassionate survey of her surroundings to a more existential question. Where the hell was this? Did Hell come with high-speed laser printers?

Voice Over by Celine Curiol
Mist and Shadows: Short Tales From Dark Haunts by Yasmine Galenorn
Beloved Wolf by Kasey Michaels
Anywhere but Paradise by Anne Bustard
Undercurrent by Michelle Griep
They Thirst by Robert McCammon
Chasing My Shadow by
Joe Bruno's Mobsters - Six Volume Set by Bruno, Joe
The Accidental Princess by Michelle Willingham
Isle of Waves by Sue Brown
Our partner