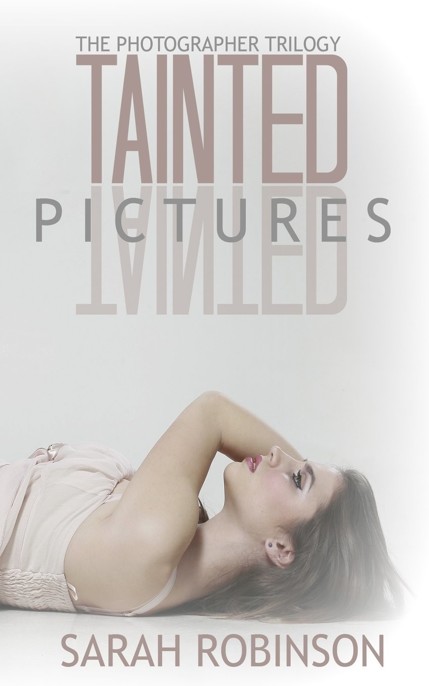 Part Two of The Photographer Trilogy

All rights reserved. This document may not be reproduced in any way without the expressed written consent of the author.  The ideas, characters, and situations presented in this story are strictly fictional and any unintentional likeness to real people or real situations is completely coincidental.

This book is licensed for your personal enjoyment only. This book may not be re-sold or given away to other people. If you would like to share this book with another person, please purchase an additional copy for each recipient. If you’re reading this book and did not purchase it, or it was not purchased for your use only, then please delete and support the author by purchasing the book from one of its many distributors. Thank you for respecting the hard work of this author.

Due to violent and dark subject matters, this book is meant for 18+ years of age only.

First and most importantly, thank you to my wonderful and sexy husband Justin who takes care of me in every single way.  My life would be nothing without him!
Second, this book is dedicated to every blogger, reader, street team member, and other fans who have dedicated their time in supporting me.  I would not be an Amazon Bestselling author without each and every one of you and I will never forget that.  Every one of you is the reason that I write.

CONNECT ON SOCIAL MEDIA with Sarah

Read Book 1 in the photographer trilogy 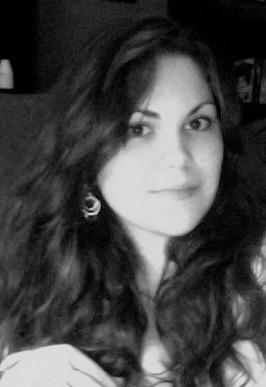 She is a native of the Washington, DC area and has both her Bachelors and Masters Degrees in psychology.   She spent several years working as a mental health therapist with poor and homeless populations with severe mental illnesses, working in a sex offender rehabilitation center, and teaching victim empathy classes in an adult detention center. All of these in depth work experiences in such intense environments have given her a plethora of experiences to draw from when writing crime dramas.

Sand & Clay
was her first full length novel and will have a sequel coming out in 2015.
Sand & Clay
reached Amazon's Top 100 Hot Reads in October 2013. Her second book is called
Tainted Bodies
and is the first part of The Photographer Trilogy.
Tainted Bodies
came out on January 1st, 2014 with other parts of the trilogy to follow later in 2014.
Tainted Bodies
reached Amazon’s Bestseller Rank in Crime and Crime Thriller on April 4
th
, 2014 and stayed on those lists for over two weeks.  She also has a large following on the popular social media site for book lovers, Goodreads.

Sarah Robinson's Facebook fan site quickly exploded when she created it in September 2013 and has now reached over 10,000 likes. She updates it personally and loves interacting with her fans through all her social media platforms. Several blogs have also highlighted Sarah's work including a one week blog tour in October 2013 highlighting her first novel,
Sand & Clay
, in which over 40 blogs participated in reviews, promos, cover reveals, interviews, and giveaways. This was followed by a second blog tour in February 2014 for her second book,
Tainted Bodies
, in which 65 blogs participated. Tainted Pictures is her third book and the second installment of The Photographer Trilogy.

Her writing often concentrates on the complexity of love and emotions and the struggles of finding your destined path through life as well as overcoming life's tragedies and misfortunes. She combines psychological complexities and human emotions to create very real characters experiencing life in a very real way. Her books focus on redemption and forgiveness and learning to build on what has been broken.

Much of her inspirations come from the amazing love she shares with her new husband, Justin Robinson, and the emotions around falling head over heels in love with your soul mate. She and her new husband are also big animal rescue enthusiasts and have 16 pets as well as volunteering with multiple animal shelters and rescues. Together, they own a zoo of rescues including 2 dogs, 3 cats, 4 kittens, 1 box turtle, 1 snapping turtle, 3 smaller aquatic turtles.  Her celebrity idol is Ellen DeGeneres, she even named her adorable little certified service dog after her (a Shih Tzu-Bichon mix named Elly) and she never misses a show, thanks to the powers of DVR!

Kate Jackson knew that she had just entered a moral gray area as she hugged her purse against her and walked out of the police station onto the dingy streets of Washington, DC.  The photograph was burning a hole in the bottom of her purse that seared against her like hot flames of guilt.  She knew that she had just knowingly and willingly withheld evidence from Detective Liz Snow regarding the police investigation into her attack.  In fact, maybe it wasn’t a moral gray area at all.  Maybe it was a plain black and white case of wrong and right and Kate had picked wrong.

She stepped off the sidewalk and looked down the street both ways as she crossed the intersection, thinking about what had just transpired.  It had been just two weeks since Kate had been attacked in her apartment on a late Sunday evening.  She had just gotten home from a weekend getaway to the Delaware beaches with Derrick, her handsome boyfriend of six months.   She and Derrick had finally defined their relationship and committed to exclusivity after six months of Derrick resisting any type of label.

Kate had been hinting and even downright begging him for months to be monogamous but he had danced around the conversation for as long as possible brushing it off as if it meant nothing to him.  He treated it like it was shackles and entrapment, wanting to keep their relationship to just being friends.  Friends who slept together and friends who said they were in love with each other and friends who spent every moment together...but still just friends.

But all that had finally changed that weekend, when Kate put her foot down.  She stated that she needed to know that they had a future and if they didn’t then she was going to move on.  Derrick had revealed that his reluctance to make things serious between the two of them was due to an ex-girlfriend who had broken his heart by cheating on him with a much older and married man.  Kate had been able to reassure him that she would never be so callous as to cheat on him or hurt him in any way and Derrick had decided to trust her.  He made the leap and took that plunge into a fully exclusive and real relationship with the woman that he loved.

Neither one of them would have guessed that hours later, an event would occur that would blow their newfound relationship out of the water.

When Derrick had dropped Kate off at her apartment after their trip, he had not realized that they were not alone.  He had just helped her bring her luggage inside from their weekend trip and he was tired from the drive and the dread of work in the early morning.  He hadn’t seen anyone in the hallway or had even the slightest feelings of unease.  But they had not been alone, someone had watched them enter the building and had stayed out of Derrick’s sight, only to replace him the moment he left.

Derrick’s replacement was an intruder who forced his way into the apartment the moment Derrick had returned to his car and was driving away, clueless of the scene he had just left behind.  The masked invader forced his way into Kate’s apartment through violent means, leaving her barely breathing and desperately trying to crawl away from the mad man.  She wasn’t that lucky though, since he quickly overpowered her and dragged her to her bedroom where he raped her and beat her until her bruised and swollen face was almost unrecognizable.

All of this had been told to the police already, they knew every detail as Kate had recounted it to Detective Liz Snow that morning.  However, she had left out a pretty key piece of the puzzle and in all honesty, she didn’t really know why.  All she had to do was open up her purse, pull out the photograph, and hand it to the detective.  But she couldn’t do it and now here she was walking away from the police station, holding her secret tight against her body locked away in her purse and its existence only known to her.

The picture was embarrassing, it was graphic, and it was Kate.  It was Kate in the worst moment of her life, bared for the viewer to see every vulnerable inch of her soul.  After her attacker had finished assaulting her, he had pulled out a camera from his pocket.  It was bulky and big and the kind that printed out instant photographs that took a few moments to fade into a picture.

DanielsSurrender by Sierra and VJ Summers
The Harlot Bride by Alice Liddell
The Assassin and the Empire by Sarah J Maas
A Mother's Courage by Dilly Court
With You In Spirit (The Bassinville Witches Series) by Stork, Miranda
Picture Not Perfect by Lois Lavrisa
The Suspicions of Mr. Whicher: A Shocking Murder And The Undoing Of A Great Victorian Detective by Kate Summerscale
Inspector Rumblepants and the Case of the Golden Haggis by Mike Blyth
Up Close and Personal by Fox, Leonie
The Day the Siren Stopped by Colette Cabot
Our partner