Read Tales from Watership Down Online

Tales from Watership Down 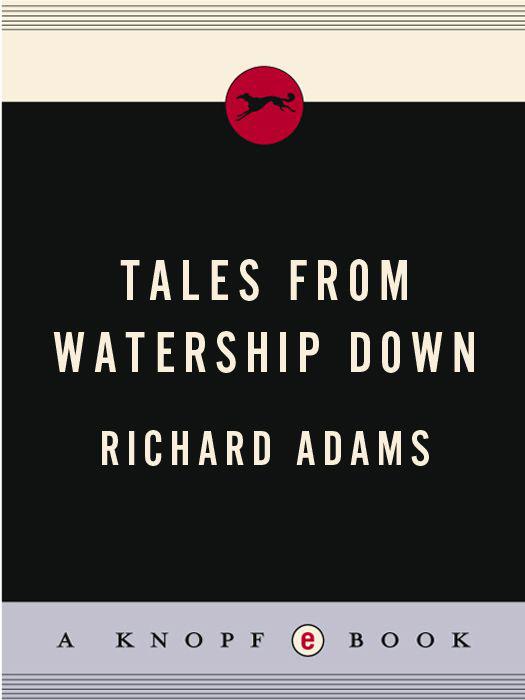 Voyage Through the Antarctic
(with R. M. Lockley)

The Tyger Voyage
The Ship’s Cat

The Day Gone By

THIS IS A BORZOI BOOK
PUBLISHED BY ALFRED A. KNOPF, INC
.

First published in the United Kingdom by Hutchinson, London.

The author and publishers wish to thank the following for permission to reproduce extracts in the chapter epigraphs: The Estate of Roy Fuller for lines from “Autumn 1942”; A.P. Watt on behalf of Anne Yeats for lines from “The Municipal Gallery Revisted” by W. B. Yeats; Frederick Warne & Co. for the extract from “The Tale of Mr. Tod” by Beatrix Potter, Copyright © Frederick Warne & Co., 1912; Jonathan Cape Ltd. for the extract from
Auto da Fé
by Elias Canetti; Hamish Hamilton Ltd. for the extract from
The Affluent Society
by J.K. Galbraith (© 1958, 1967, 1976, 1984), reproduced by permission of Penguin Books Ltd.

To Elizabeth, with love and gratitude

I am most grateful to my secretary, Mrs. Elizabeth Aydon, who not only typed the manuscript of the book with accuracy and patience but also was of great value in picking up inconsistencies and in offering valuable suggestions during our discussions.

The tales in this book have been divided into three parts. First come five traditional stories, which all rabbits know, about the hero El-ahrairah (“The Prince with a Thousand Enemies”) and some of his deeds and adventures. Two of these, “
The Fox in the Water
” and “
The Hole in the Sky
,” are glancingly mentioned by Dandelion and Hawkbit toward the end of Chapter 30 of
Watership Down
, and Bigwig, during his fight with General Woundwort (Chapter 47), hears behind him Bluebell telling “The Fox in the Water” to the does. At the end of
Part I
have been included two tales, “
The Rabbit’s Ghost Story
” and “
Speedwell’s Story
.” The latter seemed worth including as representative of the kind of nonsense tales which rabbits enjoy.

Part II
contains four of the many stories which are told of the adventures of El-ahrairah and his stalwart, Rabscuttle, in the course of their long journey home from their terrible encounter with the Black Rabbit of Inlé.

In
Part III
are further tales of Hazel and his rabbits, which took place during the winter, spring and early summer following the defeat of General Woundwort.

So many people have asked about the correct pronunciation of “El-ahrairah” that it seemed to be worth including a short note.

The first two syllables are pronounced “Ella” (like the girl’s name). These are followed by the single syllable “hrair,” rhyming with “fair,” and finally “rah,” rhyming with “spa.”

All the syllables are equally stressed except the “la” in “Ella,” which is almost (but not quite) elided. The two
r
’s should be lightly rolled.

1
The Sense of Smell

Who dares wins.
MOTTO OF THE SPECIAL AIR SERVICE

“Tell us a story, Dandelion!”

It was a fine May evening of the spring following the defeat of General Woundwort and the Efrafans on Watership Down. Hazel and several of his veterans—those who had been with him ever since leaving Sandleford—were lying on the warm turf, full of grass and comfortably relaxed. Nearby, Kehaar was pecking among the low tussocks, not so much feeding as using up the day’s remains of his continual, restless energy.

The rabbits had been chatting together, recalling some of their great adventures of the previous year: how they had left the Sandleford warren after Fiver’s warning of imminent disaster; how they had first come to Watership Down and dug their new warren, only to realize that there was not a single doe among them. Hazel had recalled the ill-judged raid on Nuthanger Farm, in which he had nearly lost his
life. This had reminded several of them of their journey to the great river, and Bigwig had told yet again of the time he had spent in Efrafa as a supposed officer of General Woundwort; and how he had persuaded Hyzenthlay to form the group of does who had broken out in the thunderstorm. Blackberry had tried but could not explain his trick with the boat, which had enabled them to escape down the river. Bigwig, however, had refused to tell of his underground fight with General Woundwort, insisting that he wanted only to forget it; so instead, Dandelion had recounted how the Nuthanger dog, let loose by Hazel, had pursued him and Blackberry into the midst of the Efrafans gathered on the Down. He had hardly finished, when there arose the well-worn cry: “Tell us a story, Dandelion! Tell us a story!”

The Sorrow King by Prunty, Andersen
Las pinturas desaparecidas by Andriesse Gauke
Life on Mars by Jennifer Brown
Answered Prayers by Truman Capote
The Kissing Tree by Bice, Prudence
When It Happens by Susane Colasanti
A Collateral Attraction by Liz Madrid
Doing the Devil's Work by Bill Loehfelm
Sisters and Husbands by Connie Briscoe
Multiplayer by John C. Brewer
Our partner