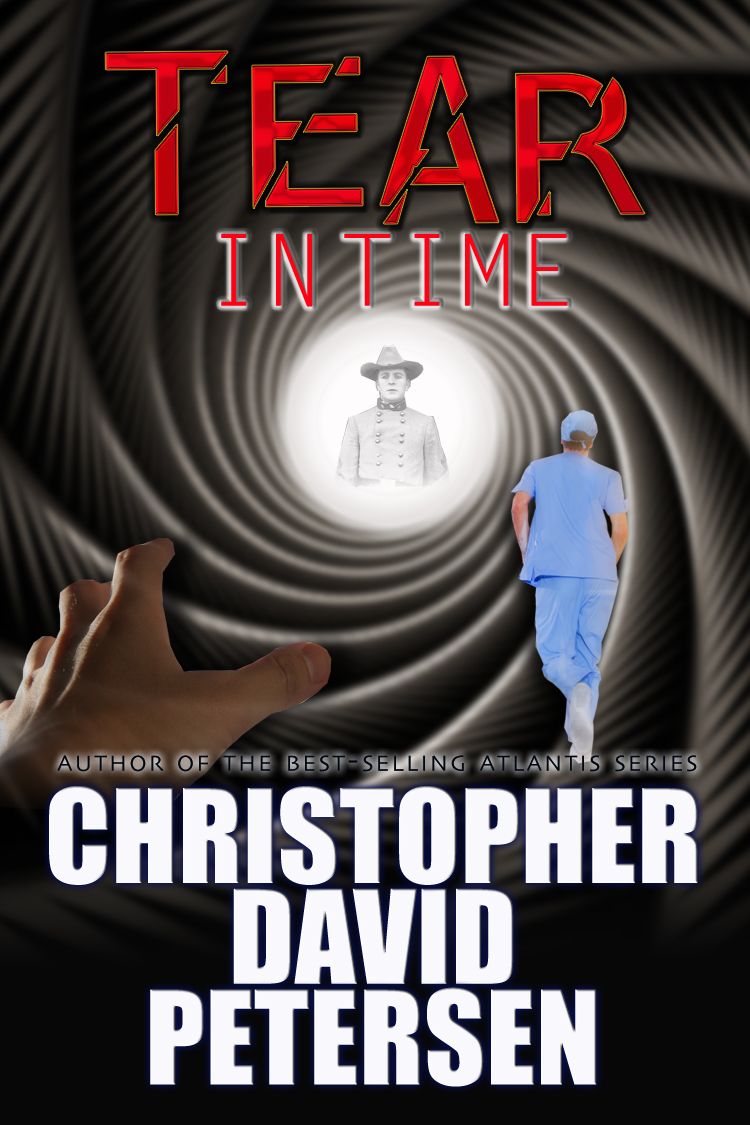 Life and
destiny stood for one last moment, perfectly synced in time. Never again would
the world see the past as they remembered, as one death would change the
world’s destiny forever.

Trae
Williams leaned to one side as he sat on his mother’s decrepit front porch and
watched his sister play in their front yard. Lena Williams, an energetic
eight-year-old, raced back and forth across the worn lawn as she chased after
tiny moths that had hidden themselves on the blades of grass. With each swipe
of her hand, she expertly snatched the tiny white targets out of midair, then
released them back to the world safely.

“Oh
yeah! Trae, did you see that?” Lena asked proudly.

“Damn
Le, you’re like a ninja or something,” Trae replied.

“She’s
working, Le. She’ll be home in a couple hours. Maybe you can show her then,”
Trae answered.

“Mom’s
always working,” Lena said disapprovingly, then added, “Too bad we don’t have a
dad like Sharice’s, next door. Then Mom could stay home too.”

“Le,
you do have a dad. He just don’t come around no more… and Sharice’s mom don’t
work ’cause she’s lazy,” Trae replied as delicately as he knew how.

Lena
stopped running and sat down next to Trae.

“Do
you ever see your dad, Trae?” Lena asked sincerely.

“Not
for a long time. Not since before he went to prison. That was before you were
born,” Trae replied.

“Nah. He
wasn’t around much, even before he got sent up,” Trae answered.

“Damn,
Le, you never even seen ’im before. How could you even miss ’im?” Trae blurted
out in quick reaction.

Trae
knew his sister was hurting from her father’s rejection. Hoping to take her
mind off her pain, he searched for anything to distract her.

“Hey,
Le: check out those moths over by the street. Bet you can’t catch ‘em all,”
Trae said, with a challenging smirk.

“Bet I
can,” Lena replied, laughing.

Immediately, Lena sprang to her feet and darted to the edge of the road, both
hands sweeping through the air as she lunged for more moths.

Trae
watched her for a moment, then became distracted as an older Buick with faded
paint slowly drifted toward the stop sign at the beginning of their street.
Unremarkable at first, the long length of time spent at the stop sign made the
old sedan a conspicuous sight.

Trae focused
more of his attention on the car. Something just wasn’t right. He squinted hard
as he tried to see through the darkened, tinted windows, but it was of no use.
The occupants remained a mystery.

Trae
began to feel uneasy. The old Buick was literally parked at the stop sign for
what now felt like an eternity. He glanced over to Lena, then back at the
suspicious car. A knot in the pit of his stomach began to grow.

“Just
a minute, Trae. I almost caught ‘em all,” Lena replied, indifferent to the
world around her.

Trae
saw the brakes release from the old Buick, then quickly stop again, almost as
if by accident. He looked up the street to see if the vehicle had intended on
pulling out but reconsidered due to another passing car. Strangely, there were
no other vehicles in sight.

Hearing Trae use her full name, Lena stopped and stared at her brother for a
moment. She could see the peculiar look spread across his face as he turned
back toward the mysterious Buick.

“Dunno. That car’s been there a while. Maybe you should go in the house for a
minute,” Trae replied, now feeling the anxiety of the moment.

“Ahhh,” Lena sounded out in protest. “I don’t want to go inside. It’s just a
car, Trae. Besides, I can take care of myself,” Lena stated proudly.

“Uh
huh, sure you can… just get in the house,” Trae responded bluntly.

“Just
one more m.…” Lena began, but was cut short by the revving of the Buick’s
engine.

“LENA,
GET IN THE DAMN HOUSE NOW!” Trae shouted loudly.

Suddenly, aggressively, the old Buick released its brakes and stormed around
the corner. With tires squealing and smoke billowing from behind the car, the
old sedan charged up the street toward them.

“Oh
no,” Trae murmured to himself, almost in sobbing tone.

With
little time to react, Trae sprang to his feet and hurried toward his sister. Lena
stood paralyzed in confusion. She knew something was wrong, but was too young
and naive to fully understand Trae’s actions.

Trae
watched in horror as the Buick’s dark tinted windows began to lower. In
seconds, his worst fears were realized as the occupants extended their guns out
from the windows. With deafening sound, their automatic weapons came to life.

As
bolts of white light streaked from the ends of the gun barrels, Trae lunged for
Lena, knocking her to the ground. He instinctively rolled on top of her to
protect her as a hail of bullets tore up the ground around them. As the faded
Buick roared past, Trae and Lena lay motionless on the front lawn, their minds
and bodies unable to react.

As
time seemed to slow, Trae could almost count the bullets as they exited the
guns. One by one, each bullet miraculously missed its mark. Trae looked into
his sister’s eyes. She had not been hit. Suddenly, he realized they both were
alive and had made it through the drive-by shooting.

Quickly, Trae leapt to his feet, pulling Lena up with him. The sight of the two
still alive spread quickly to the driver of the car. In an instant, he slammed
on his brakes and brought the old Buick to a quick halt. Throwing it in
reverse, he immediately roared backward down the street toward Trae and Lena.
Seconds later, the driver slammed on the brakes once more and brought the heavy
vehicle to a quick stop.

Trae
grabbed Lena around the waist and sprang from the edge of the road. Like the
stride of a gazelle, he bounded across the front lawn with amazing speed and
agility, his adrenaline pumping at full capacity.

As the
faded Buick came to a stop, all its doors were flung open and four young men
exited the vehicle quickly. With their guns still drawn, they wasted no time in
continuing their task. Trae leaped to the top step of his front porch and felt
a sharp razor-like object strike his left side. Before the first bullet could
even register, a second bullet struck him in the right shoulder, rendering his
arm useless. Instantly, Lena dropped onto the porch, Trae collapsing beside
her.

An
eerie quiet spread over the neighborhood as the four thugs reloaded. Knowing
this was their only hope of survival, Trae crawled to the front door and tried
to wrap his fingers around the lower corner. With his hand covered in blood,
they slipped off the edge of the door.

“Le,
get in the house… stay low,” Trae ordered.

Lena,
scared and crying, lay beside her brother, unable to move.

Nodding reluctantly, Lena quickly stood up and pulled the front door open as
Trae moved to shield her from the four men nearby. Instantly, a roar of bullets
unleashed a swath of destruction across the front of the house, breaking
windows and knocking shingles from the siding. As Lena began to enter the
house, another bullet entered Trae’s lower back, knocking him forward against
the door, closing it momentarily across Lena’s body. Trae rolled to his side
and dropped down onto the deck of the porch once more.

“TRAE!” Lena cried out in fear and disbelief.

“No, I
can help you,” Lena replied with determination.

Before
Trae could protest, Lena reached down and grabbed him by his shirt. She pulled
with all her might as Trae pushed with his feet. Suddenly, Lena exhaled
abruptly and sounded a guttural moan, as a bullet struck her in the chest.
Immediately, she slumped to the ground, then rolled over on top of Trae.

With
both victims down, the four thugs ran back to the waiting car and sped off.
Once again, an eerie quiet swept over the neighborhood as the neighbors, one by
one, ventured out into the warzone.

Further south, along Signal Mountain, Dr. Phineas Morgan stood on his wooden
deck. Perched high above the valley floor, he stared out toward
northern Chattanooga and tried to shut out the images of
carnage that had just taken place.  From his location a few miles away, he
could not see the muzzle flashes, nor did he hear the gunshots; but strangely,
he knew exactly where the shots were fired and who they were fired upon.

In a
moment of solemn respect, he uttered a few simple words, “Forgive me Lena. Your
death will save thousands.”

Turning away, he stared out over the city and spoke. “The dominoes of destiny
are now tumbling... Godspeed, David.”

The
Tennessee River quietly flowed south and west as it made its way past
Missionary Ridge, toward the city of Chattanooga. The April rains were now a
month past and the wild and raging torrent that threatened to breach the
swollen banks was now a gentle lazy river that quietly meandered its way
through the valley. The muddy water that had angrily lapped the river’s banks
receded some, leaving heavy, waterlogged brush and debris drying in the morning
sunshine.  Soft and tranquil, the water trickled past the fallen branches
that scraped the surface of the river, catching any unsuspecting object that
dared to tempt its grasp.

Flowing placidly south into the city, the river touched the edge of
civilization, then abruptly changed course and headed north, past Signal
Mountain. Several miles later, changing course once more, it looped around the
mountain and continued its previous direction south, carrying with it the tiny
bits and fragments of an industrialized city hard at work.

Sitting patiently on an elevated boulder, a young boy hung his makeshift
fishing pole over the water in an attempt to catch his breakfast. Looking
toward the city, he could see the tall smoke stacks that emitted the evidence
of men toiling at work. A light, gentle breeze blew across the valley of high
plains grasses, carrying with it the fragrance of fresh cut hay and
wildflowers. The breeze brushed past his face, filling his tiny nostrils with
the scent of nature, and sending warm contentment throughout his body as the
sun shined down upon him. He reveled in his independence as he envisioned other
boys suffering through school while he enjoyed his day of truancy.