“Have you noticed whether his pubic hair is thinning out?”

“Well, maybe you don't look in that direction any more. Have you noticed the palms of his hands?”

“Then notice them. They're probably turning pink,” said Billy.

“What are you leading up to?”

“You've heard of cirrhosis of the liver. Your father died of it.”

“Ferguson did a very unusual thing, coming to me, but he knows Joe's a friend as well as a patient, and he knows I've been seeing fewer and fewer patients. But he likes Joe. Now I'll tell you, Edith. If Joe had any timidity or doubt about coming to see me, that's all right. I'll forgive him if he goes to another doctor. But you get him to somebody, and don't take too long about it.”

“You'd better more than try. And you watch out for a hemorrhage. If Joe starts vomiting blood, you call me right away.”

It was never any great problem for Edith to find a reason to
be failing
in admiration for her husband. And in the new
relationshipâ
now no longer so newâthey avoided as though by agreement discussions that would entail the disclosure of any feeling of concern, one for the other. If, as seemed to be the case, they had condemned themselves to the habit of intimacy without even a friendship, that at least was a way to live that had advantages over living apart; and to disturb the way, to risk losing the advantages through a distasteful scene, was not according to Edith's accepted plan. And besides, Edith told herself, she was according Joe the courtesy of allowing him to live as he wanted to.

Only once was her philosophical decision subjected to a judgment. Joby, who was teaching code-work at an O.S.S. camp near Washington, came home to Gibbsville “for a steak” one day, and during his visit he encountered Dr. English at the Gibbsville Club. As a result of the encounter he presented himself in his mother's sewing room.

“What's happening to Father?” he said.

“You get home so seldom, naturally we've both changed. And there'll be changes the next time you come home, I daresay.”

“Look, Mother, I don't know a God damn thing about medicine, but anybody can see that Father's falling apart.”

“Really? How do you think you're going to look when you're sixty-two? You're not yet thirty, but you don't look the healthiest.”

“Never mind me. How long since Father has seen a doctor, gotten a check-up?”

Joby stood up. “Will you make him go to a doctor?”

“He's old enough to take care of himself. Is that the idea?”

“That is exactly the idea.”

“And you refuse to make him go see a doctor?”

“Refuse? Joby, it isn't a question of refusing. If I understand you correctly, you're ordering me to tell your father to see a doctorâ”

“And I pay no attention to orders from you. It isn't a question of refusing. Do you order people about in this job of yours? Are you really a lieutenant or a captain or something of the sort?”

“Mother, I don't think I'll ever set foot in this house again.”

“Oh, you said the same thing in the very same words at least half a dozen times before, beginning when you were about twelve or thirteen. You always seemed to think that the way to solve your problems was to announce that you were never going to set foot in this house again. But that threat isn't as effective as it may have been when you were a naughty, helpless little boy. We forgive our children a lot because they are children. What if I said you're not welcome here? What if I reminded you that it's time you had a home of your own, and a wife to give orders to as long as her patience held out? I can't abide rudeness, never have, and I've never had to, except from you. We always tried to understand you, and we put up with a great deal because you wereâI'm sure these modern child psychologists have some word for it. But we just thought you needed a little more understanding than most children, and we tried to give it to you. But of course we've known for a long time that our efforts were wasted. Well, now you threaten to leave us forever, I for one no longer consider it a threat.”

“No, I guess you don't. A woman that would commit murder wouldn't be bothered by any threat I could make.”

“I wish you'd pack your things and go, and before you ever come back here you'd better write me and make sure you'll be allowed in this house.”

“All right, Mother. But you didn't have to lie to Dr. English.”

“Lie? I never even mentioned your name to Dr. English.”

“No, and you never mentioned his name to Father, did you? How long is it since he ordered you to have a doctor for Father? Mother, I know what you're doing, and it stinks.”

He was gone from the house in less than half an hour, and he never again saw his father alive.

Joe's second hemorrhage occurred at the McHenry & Chapin office, and Dr. George Ingram was called because he was Arthur McHenry's physician and because the Chapins had no family doctor since the complete retirement of Billy English. They took Joe to the hospital.

“Mr. Chapin has had a rupture of an esophageal varix,” he told Edith. “Could you tell me about any previous hemorrhage, Mrs. Chapin?”

“It would indeed. Well, then Dr. English must have warned your husband.”

“No one. My husband wouldn't have it.”

“But it must have beenâwell, never mind. The point is, another hemorrhage like thisâwe know what it's from, Mrs. Chapin. Your husband has cirrhosis of the liver.”

“Can you tell that right away?”

Ingram smiled joylessly. “You can make a pretty good guess if you've been watching a man put it away at the club for several years. Dr. English would have had Mr. Chapin on a full diet, proteins, carbohydrates, et cetera.”

“But Mr. Chapin is going to die sooner than the rest of us.”

Ingram hesitated. “I'd advise you to send for your son and daughter. You've always been known as a woman of great courage, and that's why I've felt free to speak frankly to you.”

Shortly after eight o'clock on an April night in the year
1945
, Joe Chapin died, never having come out of the coma that followed the hematemesis. In the Gibbsville Hospital room with him when he died were Edith Chapin, Arthur McHenry, Dr. George Ingram, Sally Orloski, R.N.; Mr. and Mrs. Charles W. Rohrbach and daughter Bertha Rohrbach, of Collieryville. The Rohrbachs were present because Charlie Rohrbach, the popular driver of the Collieryville Gibbsville bus line, was recovering from an operation for appendicitis which had been performed that morning. At that, Joe Chapin was lucky to get a bed in the overcrowded hospital.

Out in the corridor, which contained two broken lines of beds, Arthur said to Edith: “Now, you get some rest. I'll take care of everything.”

Arthur smiled. “So do I. We'll both have enough to do.”

They had enough to do. There is always enough to do while the heart keeps pumping. There is never, never enough time to do it all. Even when to remember is all that one has to do, it is enough, and there is not enough time to remember it all. And one man's life is more than any one person can fully remember, just one man's life, and so we remember what we can, what we are reminded of, what gives us pleasure or sadness to remember. There is here, in the biography of Joe Chapin, nothing that could not have been seen or heard by the people whose lives were touched by Joe Chapin's life. Whatever he thought, whatever he felt has always been expressed to or through someone else, and the reader can judge for himself the truth of what the man told or did not tell. Just as, ten years after Joe Chapin's death, the people who remember him slightly or well have to go by what he said and did and looked like, and only rarely by what he did not say or do. Somewhere, finally, after his death, he was placed in the great past, where only what he is known to have said and done can contradict all that he did not say, did not do. And then, when that time was reached when he was placed in the great past, he went out of the lives of all of the rest of us, who are awaiting our turn. 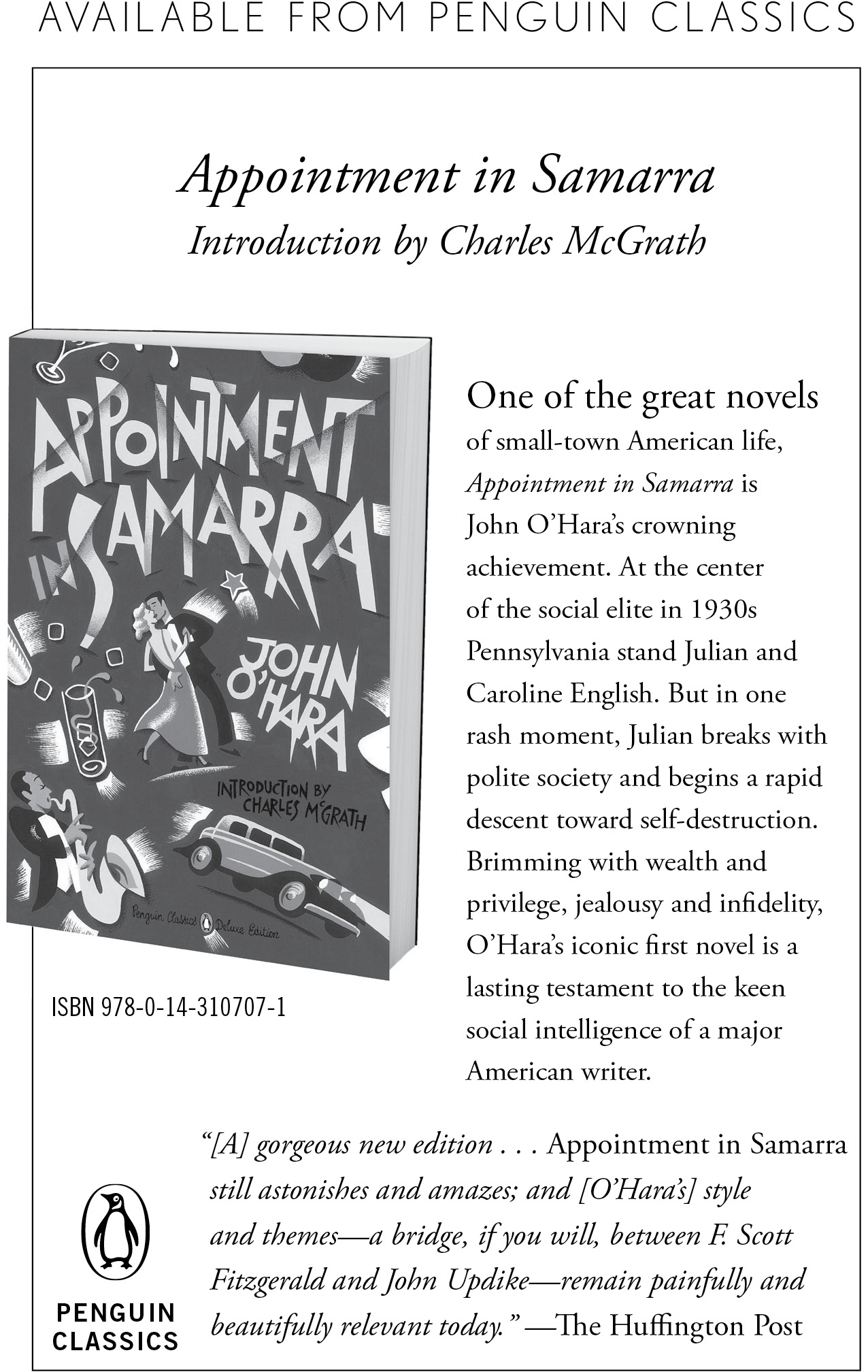 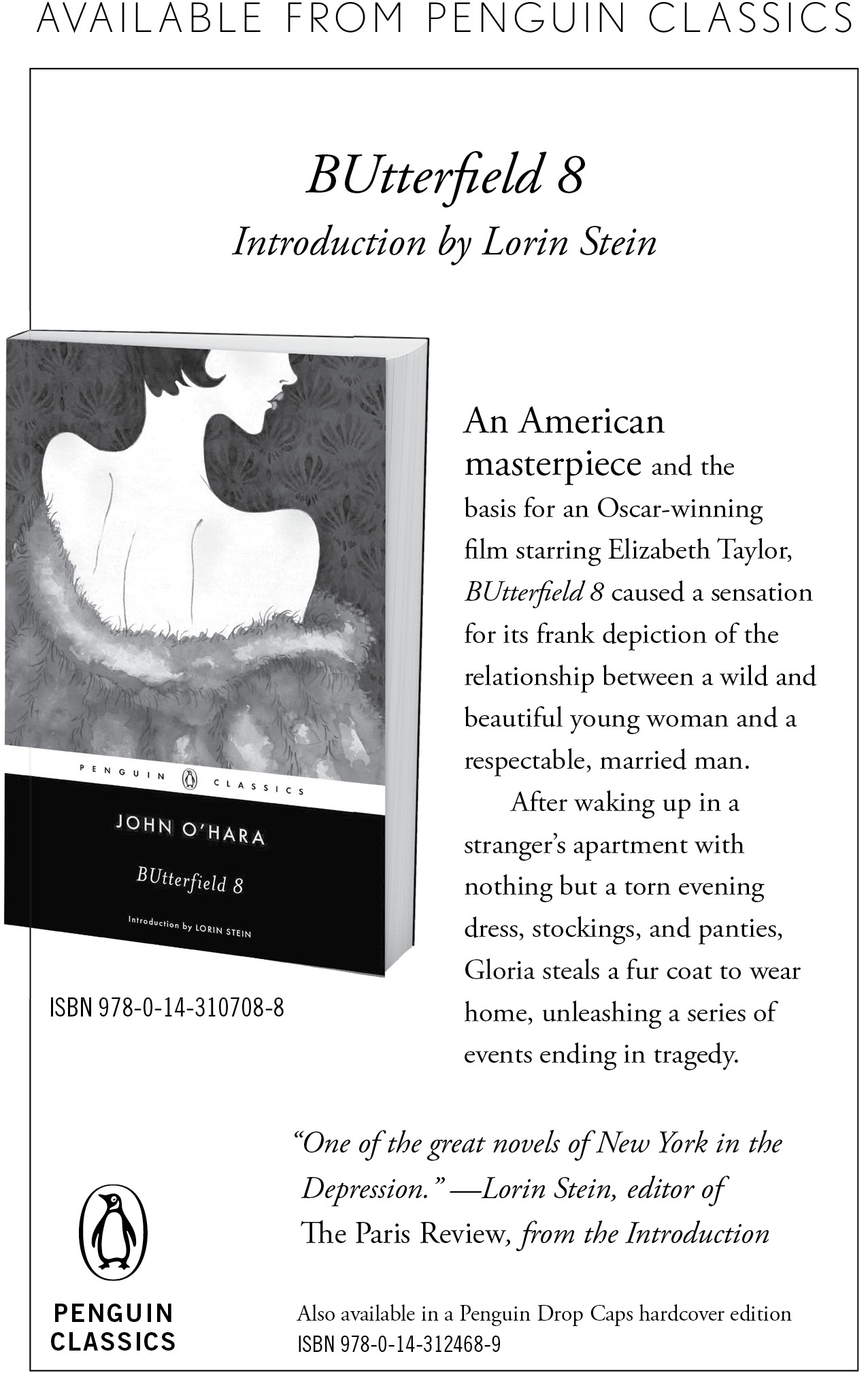 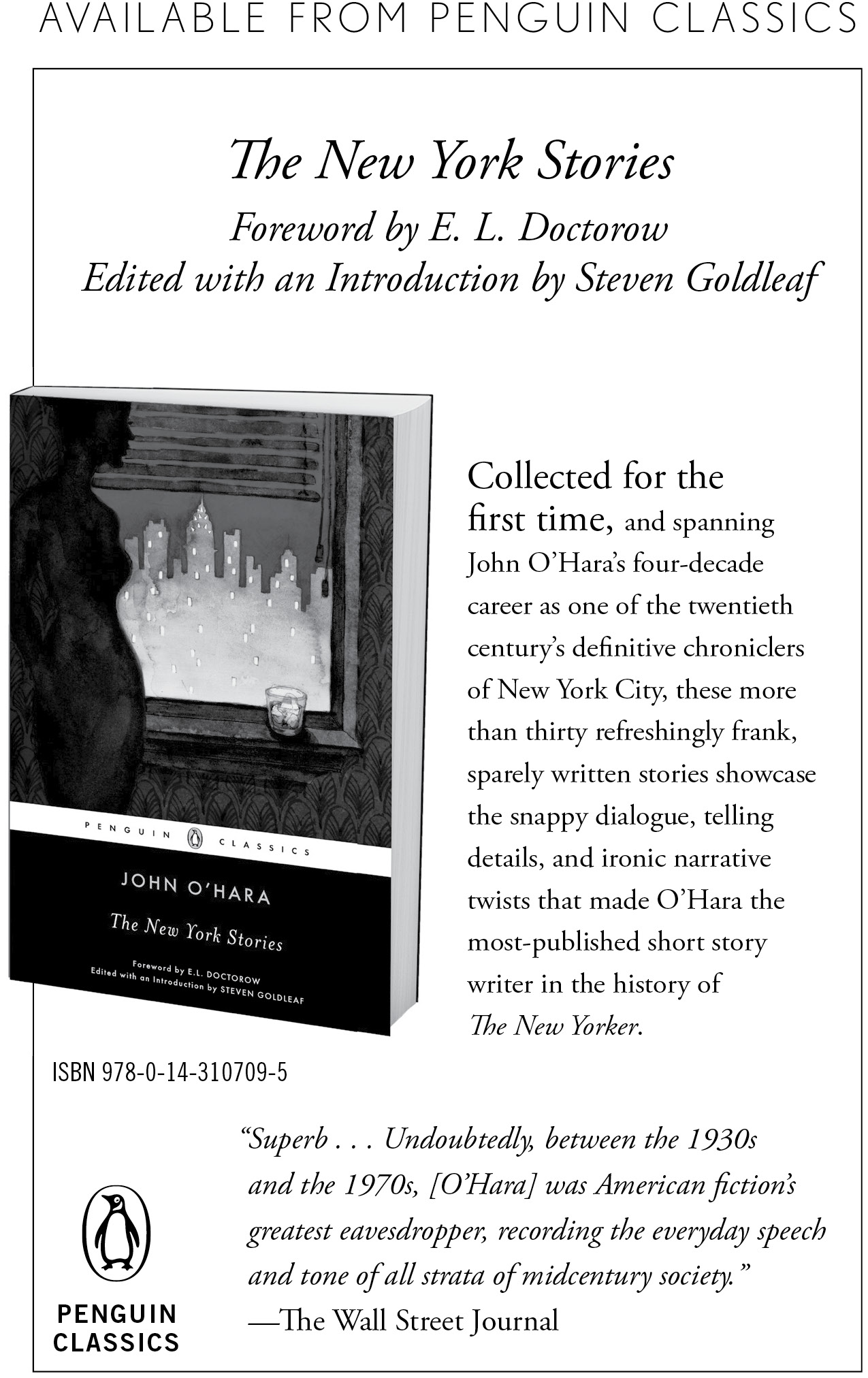 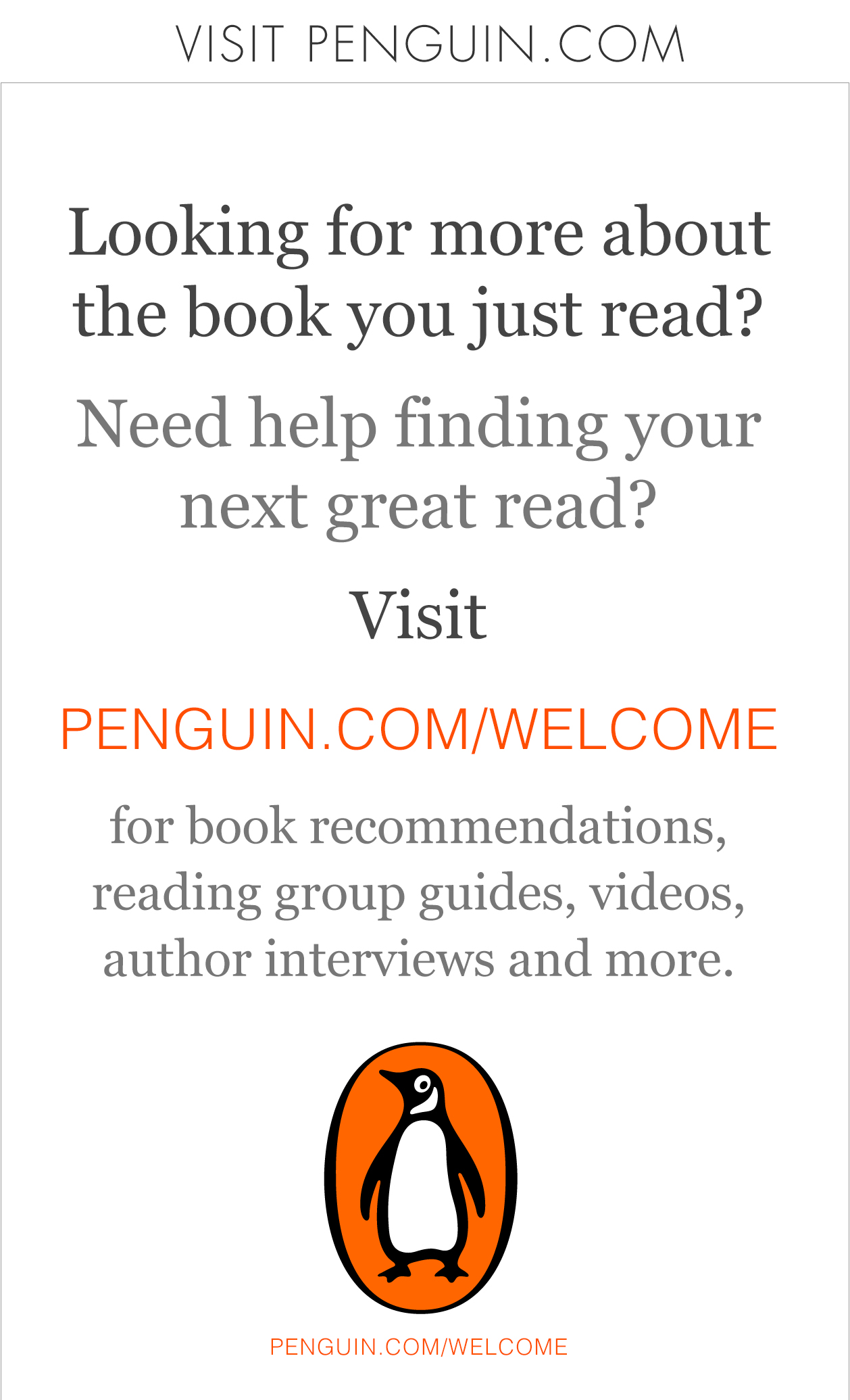 Reprisal (Tidals & Anchors MC Book 2) by Olson, Yolanda
Stone Cove Island by Suzanne Myers
One and Only by Bianca D'Arc
Avenging Us (Rocker Series Book 3) by Gina Whitney
The Homecoming by Anne Marie Winston
In Bed With A Stranger by Mary Wine
CRAVE - BAD BOY ROMANCE by Chase, Elodie
The Weight of Words (The WORDS Series) by Guthrie, Georgina
Find Me (Life After the Outbreak, Book 2) by Baker, LJ
The Epicurious Cookbook by Tanya Steel
Our partner