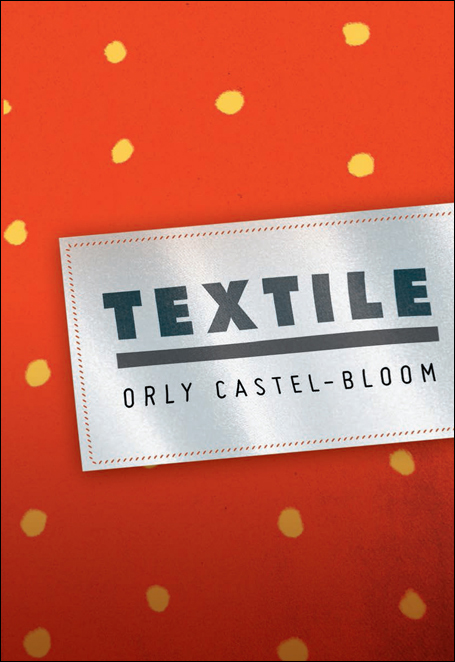 The Reuben/Rifkin Jewish Women Writers Series, established in 2006 by Elaine Reuben, honors her parents, Albert G. and Sara I. Reuben. It remembers her grandparents, Susie Green and Harry Reuben, Bessie Goldberg and David Rifkin, known to their parents by Yiddish names, and recalls family on several continents, many of whose names and particular stories are now lost. Literary works in this series, embodying and connecting varieties of Jewish experiences, will speak for them, as well, in the years to come.

Founded in 1997, the Hadassah-Brandeis Institute (HBI), whose generous grants also sponsor this series, develops fresh ways of thinking about Jews and gender worldwide by producing and promoting scholarly research and artistic projects. Brandeis professors Shulamit Reinharz and Sylvia Barack Fishman are the founding director and codirector, respectively, of HBI.

OTHER BOOKS IN THE REUBEN/RIFKIN SERIES

Whatever Is Contained Must Be Released:

My Jewish Orthodox Girlhood, My Life as a Feminist Artist
by Helène Aylon

Hold On to the Sun
by Michal Govrin

Dearest Anne: A Tale of Impossible Love
by Judith Katzir

And the Bridge Is Love
by Faye Moskowitz

If a Tree Falls:

Arguing with the Storm:

From Cairo to Katrina, an Exile’s Journey
by Joyce Zonana

Published in 2013 by the Feminist Press

at the City University of New York

Originally published in Hebrew as
Textile
by Hakibbutz Hameuchad/Siman Kriah in 2006 in Tel Aviv, Israel. Translated from the Hebrew by Dalya Bilu. All rights reserved.

No part of this book may be reproduced, used, or stored in any information retrieval system or transmitted in any form or by any means, electronic, mechanical, photocopying, recording, or otherwise, without prior written permission from the Feminist Press at the City University of New York, except in the case of brief quotations embodied in critical articles and reviews.

You shall not sow your field

with two kinds of seed
,

nor shall you wear a garment of cloth

made of two kinds of material
.

The laws of shatnez are considered so important that one who sees another person wearing shatnez is supposed to strip the offending garment from the wearer, even in public and even if the wearer is one’s rabbi. Some legal authorities, however, softened this stipulation, saying that if the person wearing shatnez is doing so unintentionally then one should wait to speak to this person privately (Shulhan Arukh 303:1 and comment of Moshe Isserles).
http://www.myjewishlearning.com/practices/Ethics/Our_Bodies/Clothing/Shatnez.shtml

About the Feminist Press

Also Available From the Feminist Press

A TAXI STOOD ON THE CORNER OF YOCHEVED BAT-MIRIAM and Alexander Penn Street with its lights on and its engine off. On the back window was a message in big, white handwritten letters which said: I DRIVE ON GAS, NOT GASOLINE. AND YOU?

The light from the decorative street lamps joined the soft beams shining from amid the vegetation of the flourishing front gardens, which were all the same: three lemon cypresses, another three or five Thai ficuses, and one strange and unfamiliar tree that had shed its leaves and whose trunk was covered by thick, short thorny growths with hard, menacing points.

Taller and more prominent than these plants was a kind of slender palm whose large, feathery fronds looked as if they were bursting from a fountain with a low-pressure jet. This palm—which had been imported at the end of the nineties, was called a coconut palm (
Syagrus romanzoffiania
) even though it bore no relation to the edible coconut fruit—required very little water, while its rapid and imperious growth produced results of a cunning and historically helpful nature: it gave rise to the impression that the suburb of Tel Baruch North had not been established yesterday or the day before, but had been there for years. As the tall, flourishing coconut palms proved.

The suburb of Tel Baruch North was special, very different from the undistinguished sister suburbs surrounding it, and although it had been set up in the blink of an eye and was completely new—it proclaimed seniority and permanence, even if life itself was fleeting.
An impressive achievement that explained the high price of the apartments.

GEOGRAPHICALLY SPEAKING, Tel Baruch North is situated to the north of the old Tel Baruch, but also to the south of the old established Kiryat Shaul, famous for its two vast cemeteries: one for the fallen in the wars of Israel, and the other for the ordinary dead, who are hardly ever buried there at public expense anymore, since it is over capacity and plots are hard to come by and cost a fortune.

Despite its proximity to Kiryat Shaul, it never occurred to any of the planners of the suburb, which arose as if overnight, to call the new suburb Kiryat Shaul South. And rightly so. The word “south” gives rise to horror among the many denizens, or would-be denizens, of the affluent “north,” and to call a North Tel Aviv suburb Kiryat Shaul South would mean financial suicide as well as being socially insensitive. But the founders of Tel Baruch North (Telba-N.) were no fools. They drilled to the depths of human thought and took into account both the differences between North and South, and the difference between
tel
, a hill or permanent natural phenomenon, and
kirya
, a man-made township, here today and gone tomorrow. In this successful concept they cunningly encompassed death, deterioration, and extinction—in other words the absence of the above. They wanted and got a superior location that proclaimed: I’m here to stay, and soon a generation will arise that will have no idea that once I never existed.

BUT ALL THE MOCKERY in the world vis-à-vis this expensive piece of real estate fades and dies in the twilight hour, when a natural pink lights up the neighborhood and all the artificial forms of lighting that illuminate the houses are refracted by the pale, shiny marble surfaces. Then a kind of halo is created around some of the buildings. A halo that even lends a spiritual significance to these
stepped buildings containing apartments with alternating porches, which provide privacy and a certain kind of beauty, duplexes, triplexes, penthouses, and also ordinary four-roomed apartments, which no doubt lack for nothing either.

In those days in Israel it was no simple matter to work up enthusiasm about anything, but the place left a powerful impression, and gave rise, even in the driest and most arid hearts, to eager aspirations that had seemed lost to them. Fearful souls too, and those whose brains had been riddled by time until they were almost hollow, could not help but be captivated by the cute electric blinds, the graceful porches bounded by balustrades of transparent, tempered glass. And all these wretched, ravaged souls could not help but connect all this beauty and luxury to some kind of posterity beyond their grasp.

Cyrus by MJ Fields
Vendetta (Legend of the Ir'Indicti #4) by Suttle, Connie
Border Town Girl by John D. MacDonald
Bitter Bite by Erin M. Leaf
If I Can't Have You (If You Come Back To Me #3) by Beth Kery
Sugarcoated by Catherine Forde
Ravaged by Fox, Jaide
Bone, Fog, Ash & Star by Catherine Egan
Frostbite by David Wellington
Bobby: Red, Hot & Blue, Book 6 by Cat Johnson
Our partner