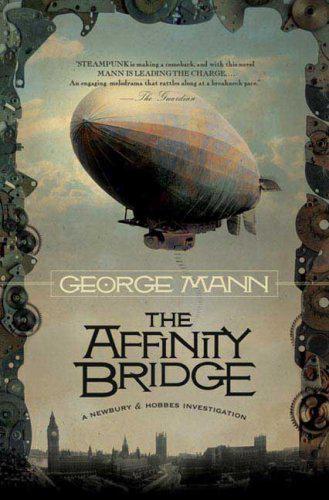 The flies. Always the damn flies.

Harrison slapped at the insects buzzing incessantly around his face and checked his rifle for the fifth time that hour. The heat was proving even more oppressive than usual and the hair at the nape of his neck was damp with perspiration, his uniform tight and uncomfortable. The other two weren’t faring much better, either: Hargreaves was perched on a nearby rock taking a long swig from his water bottle and Taylor was pacing backwards-and-forwards, kicking miserably at the dirt. Only two days remained before the start of their return journey to England, and the lieutenant was still riding them hard, forcing them to go out on patrol in the stifling midday sun. Harrison cursed under his breath. The man was an egomaniac.

From the craggy outcropping on which he stood, Harrison could just make out the village they had trudged their way here from; a small collection of farms and ramshackle buildings that leaned awkwardly against each other like rows of uneasy siblings. Behind him, a line of trees marked the edge of the village boundaries, and to his left a series of distant specks denoted a smattering of local farm workers, hard at work tending their crops in fields of leafy green. The place had an air of expectancy about it; like somehow it was holding its breath in anticipation of something yet to come.

Yawning, he turned to his companions, resting his rifle against a nearby rock. “So, what’s the first thing you’re going to do when we get back to London?” They’d had this conversation a hundred times in the last few weeks, and he already knew what Hargreaves was going to say. Still, it was a conversation that reminded them all of home, and as far as Harrison was concerned that was no bad thing.

Hargreaves looked up from his water bottle. He mirrored the other man’s smile. “The minute I step off that airship I’m heading for a pint in the Fox and Hound. I’ve missed the sorry beggars that prop up the bar in there, and I’ve missed a good pint of English ale.” He chuckled at the memories. “After that, who knows? Maybe I’ll take the train out to Berkshire and spend some time on my parents’ farm.” He glanced over at Taylor, who was still kicking up clouds of dust with his feet, a bemused look on his face. Hargreaves dabbed at the perspiration beading his forehead with the back of his sleeve and then leaned in, conspiratorially. “Not sure about him, though.” He indicated the other man with his water bottle. “He’s not in a good way. Too wet behind the ears for the things he’s seen out here.” He lowered his voice even further. “May be the asylum for him, when we finally get him home. Poor sod.”

Harrison let the comment pass without a response. They’d
all
been too wet behind the ears for the things they’d seen out here. India was a world apart from England, even with its thin veneer of Empire. He couldn’t wait to get home, to get away from the heat and the noise and the ever-present flies. He watched Taylor for a moment, pacing backwards and forwards like an animal trapped in a cage. Hargreaves was right, of course; India had clearly broken the man. He wasn’t sure if there was anything to be done for him now. But the asylum? Even the thought of it made him shudder. He’d visited an asylum once, back in Wandsworth, and the screaming of the inmates still rang out in his dreams, sometimes, during the long nights when he lay there trying not to think of all the terrible things he’d seen. If Taylor was headed for the asylum, what hope was there for the rest of them?

Repressing another shudder, Harrison turned his attention back to Hargreaves. “Well, if luck be with me my Ruth will be waiting at the airship port when we arrive.” He smiled at the thought of her. In another week he’d be holding her in his arms, spinning her around in the pale winter sun. His heart felt like it would burst in his chest. That was the thing that would keep him sane, the thing that he was out here fighting for; his life back in England, and the lives of everyone he loved.

Hargreaves smiled. He’d heard all of this before. He reached for his water bottle again, and Harrison turned to survey the horizon once more.

There was a shuffling sound from behind him. At first, Harrison assumed it was Taylor, still kicking awkwardly at the sun-baked soil with his boots. Then he became aware of a quiet, whimpering sound, like that of a frightened animal, and felt his hackles rise. He turned around slowly on the spot. His heart was hammering in his chest. What he saw was enough to send him running for the asylum himself.

The creature that was menacing Taylor was like something raised from the very depths of Hades itself. It was dressed in the torn rags of an Indian peasant, and may have once been human, but now looked more like a half-rotted corpse than anything resembling a man. The creature’s skin was desiccated and peeling, its eyes bloodshot, its hair hanging in loose, stringy strands around its face. Its teeth were bared in a rabid snarl and it was bearing down on a terrified Taylor. Harrison presumed that it had crept out from the cover of the nearby trees when they hadn’t been paying attention. Taylor was on his knees before it, using his arms to cover his face from the beast as if simply trying to will it out of existence.

Harrison scrambled hurriedly for his rifle, fumbling as he attempted to bring the barrel to bear on the horrifying creature. Hargreaves was already on his feet and rushing forward, his sword drawn, ready to take a swing at the monster. Shaking, Harrison tried to remind himself to breathe, to hold himself steady as he planted his feet and took aim. He let off a shot, jarring his shoulder with the sudden recoil. The creature staggered back for a moment, then surged forward again in a frenzy, lashing out at Taylor, who had given himself over completely to his terror and seemed unable to even attempt to defend himself from the diabolical thing. Harrison watched in shock as the creature raked its nails across Taylor’s face, digging its bony thumbs into his eye sockets and sending him spinning to the ground, his once-handsome face reduced to nothing but a bloody ruin. He gave a final wail before crumpling to the dirt, silent.

The creature turned its attention to Hargreaves. Blinded by rage after witnessing the fate of his fellow soldier, Hargreaves swung his blade at the lurching monster with all of his might. It struck home, cleaving deep into the creature’s chest, biting through skin, muscle and bone, but it hardly seemed to slow the beast at all. To Harrison’s amazement it showed no signs of pain, or even distraction, as Hargreaves struggled to pull his weapon free from where it had wedged inside the creature’s shattered ribcage. Harrison let off another shot, to no avail, and finally accepted the uselessness of the firearm and abandoned it to the ground, instead drawing his sabre and rushing quickly to his fellow’s side.

Using his momentum to carry his blade forward, he speared the monster directly through the gut, driving his sword home until the hilt itself was buried deep inside the creature’s abdomen. He twisted it, trying desperately to slow the assault of the vile thing, to draw some sort of reaction from it. All the while it continued to rage at Hargreaves, who had given up trying to pull his weapon free and was now pummelling the monster’s face with his fists as he attempted to wrestle free from its talon-like grip. A moment later his movements turned to spasms when, unable to gain useful purchase on the creature, it pulled him close and tore his throat out with single, wretched bite.

Harrison, aghast, pulled his sabre free of the creature’s guts and aimed a blow at the arm that still held the limp body of his friend. The blade sliced clean through the arm, lopping off the limb at the elbow and dropping the dead Hargreaves to the dirt. Dark blood sprayed from the wound, but the monster itself seemed entirely unperturbed by its injury. Baring its teeth it pounced on Harrison, clamping its mouth on his forearm as the man struggled to bring his weapon up before him in defence. Howling in pain, Harrison kicked at the creature, desperate to break free. He could smell the carrion-stench of the thing; see the feral hunger behind its darting, inhuman eyes.

Acutely aware of the horrifying manner in which his friends had died, Harrison’s instincts screamed at him to run. With a concerted effort he grabbed a handful of the creature’s hair and wrenched his arm from its mouth, tearing skin away from bone as an enormous hunk of his flesh was rent away in the creature’s jaws. Almost swooning with the pain, Harrison drove the blade of his sword through the monster’s chest and then turned and fled, his feet pummelling the dry earth as his legs pounded as fast as they could, sending him careening down the side of the outcropping and onwards towards the village, his left arm dangling uselessly by his side.

Behind him, the unusual beast, still with the hilt of the sabre protruding rudely from its chest and the stump of its missing arm spouting ribbons of dark blood, turned and grabbed the hair of Taylor’s fresh cadaver and began to drag it slowly towards the cover of the trees.