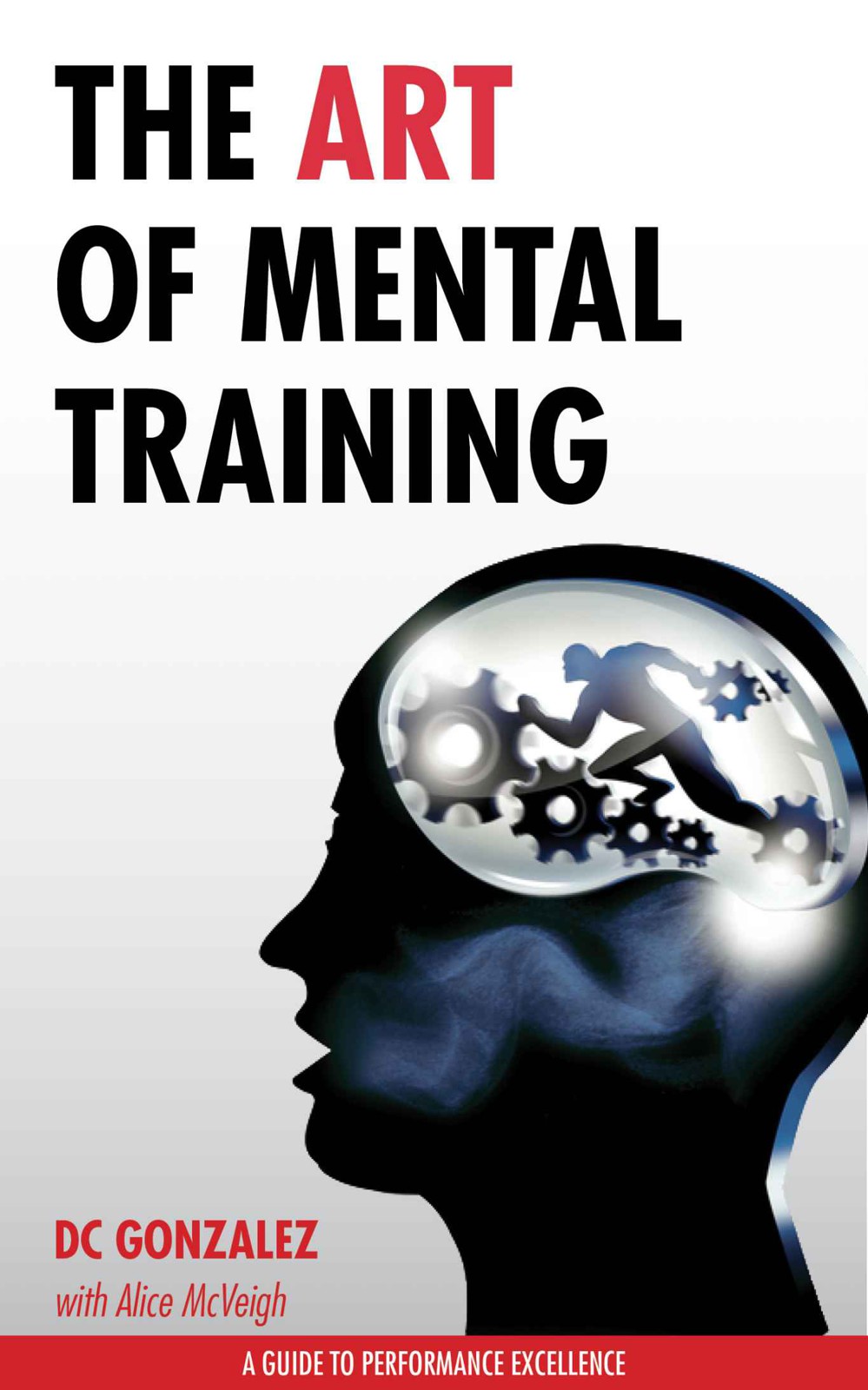 By DC Gonzalez with Alice
McVeigh

To the Warrior/Champion
within you . . .

Chapter 5:
The Importance of Self-Belief

I never saw Leo-tai angry, but
it was he who had taught me how to use the anger energy should it ever
arise—and how to effectively redirect it.

“Rather than lose control,” he
would tell me, “you must learn how to use the energy.  You must become like a
smiling assassin, Danielsan, and channel the energy; let it help your resolve.
If you lose control to the energy, your opponent will win.”

It was the use of this concept
that led to the “defeat” of several of my opponents without my even having to
fight.  Sometimes no words are required, only eye contact.  With that alone one
is marked out as predator, the other as prey: one the assassin, the other the
mark.  "It is at this subconscious level of communication," Leo-tai
once told me, "that one wins a fight without having to fight . . ."

Just as easily as he slipped
into my life, Leo-tai slipped out of it, once he had taught me all that he’d
meant to teach me.  Despite all my best efforts—and all my resources as a
Federal Agent—I could locate no financial trail, no property trail, no address,
no family, and no contact point . . . he had gone, leaving nothing behind
beyond his teachings; and my memory of that half-smile he used to give me when
I managed to surprise him.

The last that I heard of
Leo-tai was many, many, years ago, second-hand, from sources that I didn’t feel
I could trust.  Until recently, at an invitation function in New York City, I
met an elegant elderly lady, an Irish psychic.   Internationally recognized and
respected in her field, she had also written several books and was currently on
a speaking tour when our paths happened to cross.

“You are a teacher,” she said
the moment we met, “I sense many students around you.”

I smiled, but gave her nothing
neither as confirmation nor denial; yet she continued: “I’m getting a very
clear message from someone who has crossed over and who wants to tell you
something.  He says that you were friends not only in this life but also as
great warriors in another lifetime.  He wants me to let you know that he is
with you when you teach.”

“Oh, really?”  I said, using
the tone of a seasoned Federal Agent who doesn’t believe a single word an
informant is telling him.

“Yes, really.” She replied,
rather ruffled by my skepticism.  “He says his name is Leo-tai.”

“Did you say Leo-tai?”  I asked
a little shaken, taken aback.

“Yes, Leo-tai,” she repeated,
looking away slightly as if listening or searching for a distant memory.  Then
she turned back to me with sudden certainty.

“He is a very old soul, you
know, a great master of the Far East.  But please tell me, how is it that you
came to know this teacher and what is it that you teach?”

But I could hardly answer . . .
for knowing that my old friend was dead.

Welcome to the Art of Mental
Training.

Sports Mental Training has been
called the Science of Success.  But make no mistake.  If you imagine that the
lessons here apply only to sports and athletes you’d be wrong.  For it’s the
Everyday Warrior, from all walks of life, and all types of scenarios, that
stands to benefit immensely from the knowledge and techniques that lie ahead.
No matter what you do, or whatever challenges you face, The Art of Mental
Training can help take you to another level of performance, achievement, and
personal success.

Any time that you arrive to
engage; event-energy gets mixed in with whatever is going on inside your head
at the time.  It’s the emotions and feelings that this mixture produces that
ultimately end up affecting how well we perform.

If, for example, undesired
emotions like nervousness, anger, or fear, happen to surface as a result of
this mixture, the Warrior/Champion must have the right knowledge, tools, and
techniques at his disposal so that he can use them to ensure that his
performance does not suffer.

It’s what champions know how to
do well—and it’s something that everyone can learn how to do.  But it’s only
those who set out to learn and practice performance mental training techniques
that gain all the benefits and achieve the highest level of results.

The better your self-belief,
internal self-talk, attitude, focus, and mental climate are going into an
event, the better your situation will be when the event-energy is pumping
through you.

By understanding what to shoot
for in terms of the Ideal Mental Climate, and having been given the knowledge,
tools, and techniques required to achieve it, the Warrior/Champion is able to
empower all aspects of his performance.

So just for starters . . .
understand this:

Whatever is going on inside
your head has everything to do with how well you end up performing.

As the mental-edge trainer for
university athletics, it was easy for me to spot which athletes wanted the
mental training and which athletes didn’t care.  This particular kid was one of
those who just wasn’t interested.  While the others were listening and
thinking, he yawned and admired his biceps.  While the other students raised
questions or provoked discussions, he was only concerned with the physical
aspects of his sport: wrestling.  Only a freshman, he was entering the big
leagues now—competing at NCAA level for the first time—but that didn’t seem to
worry him during our sessions.

When it came to the crunch,
however, the pressure proved to be just too much.  Just a few minutes before
his first match at this level, he rushed over to me, distraught and desperate,
and started begging for mental training help on the spot.  He’d just learned
that he’d drawn the top-seeded wrestler in the tournament, a seasoned senior
accustomed to annihilating opponents with comparative ease.  As chance would
have it, my unbeliever was about to learn a valuable lesson.

I looked at him and I couldn’t
help thinking: what an interesting opportunity.  This kid is really scared;
he’s in a completely disempowered state.  Clearly, he’s not ready to compete at
anywhere near the level of his true potential.  A real  mental mess stood in
front of me asking if I could help him, while, in his mind’s eye, he was already
suffering a humiliating defeat at the hands of his opponent.  The kid was very
shaken; and we only had a few minutes to turn this thing around. He was up
next, and the clock didn’t show much time left before the current match would
end.

With so little time left, what
could we do I wondered?

Right then, I remembered
something that Leo-tai had told me. “Danielsan, one should never look where one
does not wish to go . . .”  I had an idea.

“Are you ready to trust me?” I
asked him.

“Whatever you say, coach.”

“Right.  Then step over here
and let’s get busy.”

A few minutes later, when his
name was announced, I walked with him to the edge of the mat.  He hadn’t taken
his focus from his task for a single second.  All I’d done was to provide him
with the mental technique; he did the rest inside his head.

Let me tell you, when that kid
stepped on to the mat he was a force of dominance, confidence, and technique.
Within a few minutes he went from a fearful freshman wrestler heading for a
crushing defeat, to an unchained gladiator, a champion who owned the arena.  He
helped to create one of the most exciting high-scoring, action-packed matches
of the tournament.  The match went the full distance, and in the end my
unbeliever had lost the match by only one point.  The crowd couldn’t believe
their eyes.  Their champion had barely survived his first match!

What he did is not difficult:
no magic, no hypnosis, no smoke or mirrors.  I simply guided him through a
process with three simple instructions.  I gave him one minute to deal with
each instruction, before giving him the next one.  In that short time he was
able to change his state completely.

I promise that I will teach you
exactly how to do this for yourself a little later in the book—and much more—but
first, let’s think about what this real-life experience brings to light.

And that’s the important
point:  no matter what your game is, or what the challenge is, the difference
between great performances and average performances is mostly mental.  Once you
reach a certain level of skill, it’s your mental skills that start making all
the difference.  The better they are, the better you become—and the better your
results will be.

Some professional athletes will
tell you that they spend considerable time on mental training.  They’ll tell
you how important it is to read books, practice mental techniques, and become
accomplished at using relaxation and imagery, because they know from experience
how it helps their performance.  Champions know that the mental game can teach
anyone how to stay focused, goal-oriented, and motivated to succeed, as well as
how to better deal with both temporary setbacks and real adversity.

The Mental Warrior understands
that time spent on the mental game will pay off with improved
performance—sometimes almost instantly. The Warrior/Champion learns to use
techniques that help him get out of his own way, so he can reach the next
possible level of performance, not by random chance, but by focused choice,
over and over again.

It’s not that difficult.  Look
at what my unbeliever was able to do within a few minutes of beginning to apply
mental training techniques.

During one lesson I noticed
Leo-tai looking at me as if he was trying to decide whether I was really
listening.

“A bad attitude can cost you
everything, Danielsan; it affects not only how you feel, but also how you
perform.  This you must remember, for when you teach,” he told me.

That’s how he’d start sometimes.
Just throw something out to see if he’d caught my attention.

I remember teasing him once,
saying, “I know when you do that.”

“What?” he asked innocently.

“You know, check to see if I’m
really listening.”

The truth is: I was listening,
it’s just that his teaching method was so spontaneous that, no matter what mood
I was coming from, I had to set it aside right away as he started, or I might
accidentally offend the creative old soul. . . So, I responded, “What do you
mean for when I teach?”