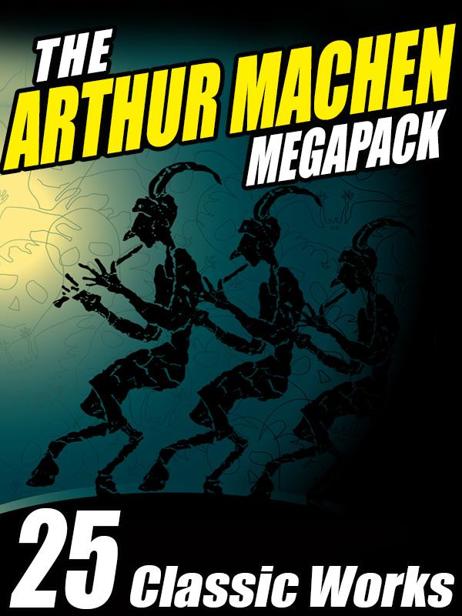 A NOTE FROM THE PUBLISHER

ARTHUR MACHEN: A NOVELIST OF ECSTASY AND SIN, by Vincent Starrett

THE REMEMBRANCE OF THE BARD

THE PRAISE OF MYFANWY

THE HOUSE OF SOULS: AN INTRODUCTION

A FRAGMENT OF LIFE

THE HILL OF DREAMS 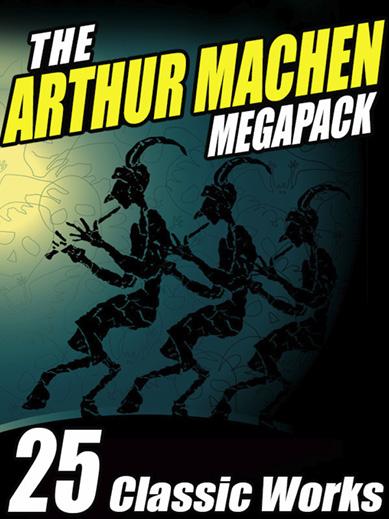 “Arthur Machen: A Novelist of Ecstasy and Sin,” by Vincent Starrett, originally appeared in Reedy’s
Mirror
, October 5, 1917. Reprinted as a chapbook in 1918.

“The Remembrance of the Bard” and “The Praise of Myfanwy” are taken from the 1918 chapbook edition of “Arthur Machen: A Novelist of Ecstasy and Sin.” No prior publication information was included with that edition.

“The White People” originally appeared in 1904.

The Shining Pyramid
originally appeared in 1895.

The Inmost Light
originally appeared in 1894.

The Hill of Dreams
originally appeared in 1907.

The Three Impostors
originally appeared in 1895.

The Red Hand
originally appeared in 1895.

The Secret Glory
originally appeared in 1922.

“The Happy Children” originally appeared in
The Masterpiece Library of Short Stories
(1915).

“Munitions of War” originally appeared in
The Neolith
, August 1908.

“The Bowmen” originally appeared in 1914.

“The Soldiers’ Rest” is taken from
Holy Terrors
, but was originally published in 1915.

“The Monstrance” is taken from
Holy Terrors
, but was originally published circa 1910.

“The Rose Garden” originally appeared in
The Neolith
, August 1908.

“The Ceremony” is taken from
Holy Terrors
, but was originally published circa 1910.

“A Double Return” originally appeared in

“The Terror” originally appeared in 1917.

Far Off Things
originally appeared in 1922.

The Great Return
originally appeared in 1915.

A NOTE FROM THE PUBLISHER

To anyone interested in supernatural fiction, the work of Welsh master Arthur Machen (1863-1947) is a fundamental starting point. In 2008, Stephen King called Machen’s
The Great God Pan
(included here) “Maybe the best [horror story] in the English language” in an interview. And H.P. Lovecraft wrote: “Of living creators of cosmic fear raised to its most artistic pitch, few if any can hope to equal the versatile Arthur Machen, author of some dozen tales long and short, in which the elements of hidden horror and brooding fright attain an almost incomparable substance and realistic acuteness.”

We are pleased to include 25 classic works in
The Arthur Machen Megapack
, including many of Machen’s most famous works, and three rare poems (including his first published work, Eleusinia.”) For more on Machen himself, please see Vincent Starrett’s excellent 1918 essay, which precedes Machen’s work.

Over the last few years, our “Megapack” series of ebook anthologies has proved to be one of our most popular endeavors. (Maybe it helps that we sometimes offer them as premiums to our mailing list!) One question we keep getting asked is, “Who’s the editor?”

The Megapacks (except where specifically credited) are a group effort. Everyone at Wildside works on them. This includes John Betancourt, Mary Wickizer Burgess, Sam Cooper, Carla Coupe, Steve Coupe, Bonner Menking, Colin Azariah-Kribbs, Robert Reginald. A. E. Warren, and many of Wildside’s authors…who often suggest stories to include (and not just their own!).

A NOTE FOR KINDLE READERS

The Kindle versions of our Megapacks employ active tables of contents for easy navigation…please look for one before writing reviews on Amazon that complain about the lack! (They are sometimes at the ends of ebooks, depending on your reader.)

Do you know a great classic science fiction story, or have a favorite author whom you believe is perfect for the Megapack series? We’d love your suggestions! You can post them on our message board at http://movies.ning.com/forum (there is an area for Wildside Press comments).

Note: we only consider stories that have already been professionally published. This is not a market for new works.

Unfortunately, as hard as we try, a few typos do slip through. We update our ebooks periodically, so make sure you have the current version (or download a fresh copy if it’s been sitting in your ebook reader for months.) It may have already been updated.

If you spot a new typo, please let us know. We’ll fix it for everyone. You can email the publisher at [email protected] or use the message boards above.

The Wizard of Oz Megapack

On Pluto by Greg O'Brien
Stop the Next War Now by Medea Benjamin
Don't Tell Mother by Tara West
Waltz This Way (v1.1) by Dakota Cassidy
Argh Fuck Kill: The Story of the DayGlo Abortions by Chris Walter
Trafalgar by Benito Pérez Galdós
The Ghost by Danielle Steel
Synergeist: The Haunted Cubicle by Daniel M. Strickland
Brat and Master by Sindra van Yssel
The Fixer Of God's Ways (retail) by Irina Syromyatnikova
Our partner