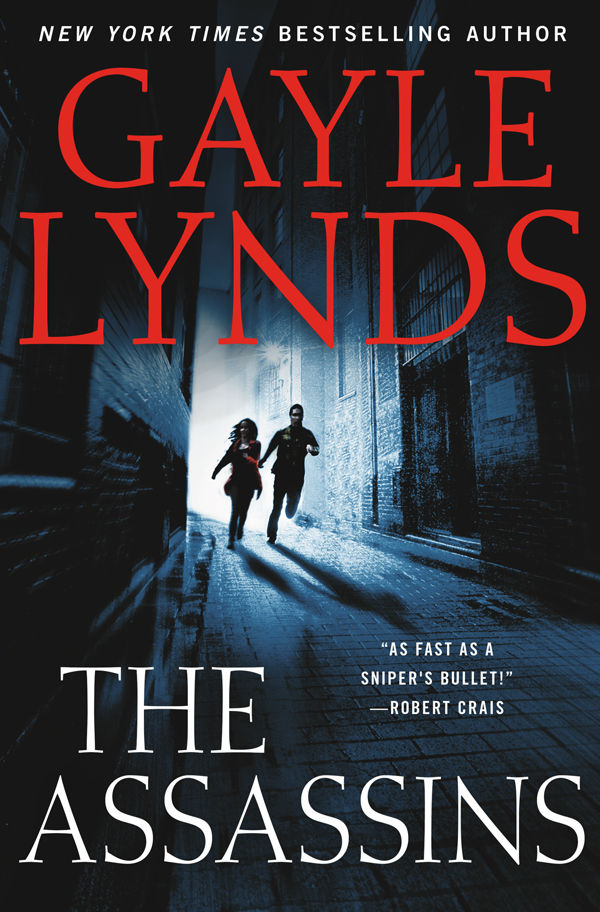 For my husband, John C. Sheldon. His love makes my world beautiful.

I’m one of the luckiest authors in the world. I not only love my work, I’m surrounded by terrific people who aid and abet me along the way. In particular, I’m indebted to those who read and commented on the entire manuscript several times—my editor, Keith Kahla; my literary agent, Lisa Erbach Vance; freelance editor Frances Jalet-Miller; and fellow author and dear friend Melodie Johnson Howe.

Since my previous novel, and following the death of my husband Dennis Lynds, I’ve been lucky again: I met and fell in love with John C. Sheldon, whom I married a couple of years ago. John’s quite a guy—retired prosecutor, defense attorney, and judge—and still writing scholarly articles for law journals. He’s also a longtime voracious reader. I had no idea he would turn out to be an invaluable source for brainstorming and editing. Oh, and that he could write fiction. Thus far, we’ve collaborated on three short stories. As you read
The Assassins
, you won’t know the impact he had on page after page, but trust me, it’s there.

My family endures as a never-ending source of help and support. They bring me ideas, answer questions, and are nice to me when it really counts. My deepest gratitude to Julia Stone and Kari Timonen, Paul Stone and Katrina Baum, Deirdre Lynds and Hudson Bunce, Katie Lynds, Emily Sheldon and Trevor Ross, Jim Sheldon and Vandy Say, and Heather and Craig Geikie. And to our wonderful grandchildren, who are growing up much too quickly: Sophia Stone, Finn Timonen, Duncan Geikie, and Ian Geikie.

I hope you enjoy
The Assassins
.

[The assassin] almost never emerged from the turbid underworld of international crime, and he had no consistent belief system. He switched allegiances with ease. Governments actually paid him just to leave their people alone.

Death was not something the six men talked about. Instead they used phrases like “the job” or “the assignment.” They were acquaintances, not friends, just like workers in any industry requiring initiative, independence, and travel.

Each had been at it more than two decades, thriving in a career notorious for high attrition. They were the best. They had never collaborated, until now.

Night gave Baghdad little relief. Electricity was fitful, garbage rotted along the boulevards, and clean running water was a memory. Gunfire crackled across rooftops as looters carried off computers, chairs, and crates of canned goods. Since the invasion, there was no more dictator and no more law.

In earlier, better times, the country was known as Mesopotamia, a rich land where the wheel and writing were invented. It was all documented in the National Museum of Iraq, which contained priceless antiquities dating back a hundred thousand years.

International law forbade anyone to use cultural sites for military purposes, or to attack them. But the museum was strategically located on eleven acres in the heart of Baghdad, protected by a tall security wall, and dotted with towering turrets perfect for snipers. So the Republican Guard took it over, and when the American soldiers invaded, the Guards blasted them with machine guns and AK-47s. The Americans fired back, and they kept coming. Finally the Guards brought out their big guns—rocket-propelled grenades, RPGs—and sent a firestorm down on the foreign troops.

A U.S. tank responded with a single round from its nosebleed 120-mm main gun, taking out the RPG position but leaving a gaping hole in the fa
ç
ade above one of the museum’s reconstructed Assyrian gates. Under the laws of war, the Americans were entitled to defend themselves, but they had also seen how easily they could destroy the museum. So the task force commander ordered the tanks to remain in the intersection in front of the museum—Museum Square—but out of range of the Iraqis.

This was the tense situation near midnight on April 10, 2003, when six international assassins made their way individually through Baghdad’s backstreets toward the museum. They were in Baghdad because Saddam Hussein owed them money, and when the Americans won the war, his wealth would be confiscated. This was their last chance to get what was theirs.

The night air stank of oil fires. Gunfire crackled in the distance. Watchful, the assassins waited in the night shadows at the museum’s rear security wall. They were dressed like locals, in loose shirts, Western trousers, and
ghutrahs—
cotton scarves—wrapped around their heads and across the lower parts of their faces. Only their eyes showed. They checked their watches.

At precisely 12:10
A.M.
the door in the wall opened, and General Mulh Alwar appeared. A tall blade of a man with refined features, he wore the uniform of the Special Republican Guard, but his shirt was unbuttoned, he was capless, and his eyes were overbright. His Kalashnikov dangled carelessly from one hand.

The Russian shoved the general back into the compound, and the others rushed after, weapons up, ready for trouble. The last man bolted the door in the security wall.

The general shook off the Russian and stared anxiously around at their scarf-hidden faces. “Show me you are here, Burleigh Morgan. I need to be certain it is you and these are your people.”

“You bloody wanker, it’s us all right.” Morgan unpeeled his
ghutrah,
revealing corrugated skin, a fighter’s broken nose, and a neatly trimmed silver mustache. Morgan was the oldest, in his early sixties, but he still had a tough look about him, as if with the crook of a finger he could hollow out the eye of any of them.

The general stood a little straighter and gave a deferential nod.
“Aash min shaafak, Morgan. B-khidimtak.”
It’s good to see you. At your service.

Although there was no trust in the venal business of international wet work, occasionally there was respect, and Burleigh Morgan was respected. Other top independent assassins would accept a job from him, which was why Saddam Hussein had hired him to put together a team for a series of particularly sensitive international terminations. Besides Morgan, the Basque, and the Russian, there were a former jihadist, a retired Mossad operative, and a peripheral member of the Cosa Nostra. They had executed their assignments perfectly. The problem was, Saddam had never paid the second half of what he owed them.

With a nod, the general trotted off.

Watching their flanks, the contract killers followed, passing weed-infested lawns and gardens. Lights from lanterns and flashlights moved occasionally behind the dark windows of the buildings towering around them.

Off to the right, a side door opened and slammed back against the wall. Two soldiers stripped down to their trousers and combat boots burst out onto a stone patio. Rifles slung over their naked shoulders, each carried an armful of plastic boxes. They spotted the general and the assassins.

The general bellowed at them in Arabic,
“La’a! Qof!”
No! Halt!

But they bolted, their legs pumping, heading off across the grounds toward the northwest gate, the gate farthest from the American tanks.

“Dogs and thieves! Deserters!” The general squeezed off two volleys from his AK-47.

The rounds hit the soldiers in their backs, slamming them to the ground. Blood rose like black tar on their skin. One lay silent and motionless; the other moaned, his feet twitching.

The general ran over to them and scooped up a handful of little gemlike tubes that had fallen out of one of the boxes. He held them up for the assassins to see. “These are cylinder seals. Our ancestors, the ancient Mesopotamians, carved pictures and writing on them and then rolled them across wet clay for their signatures. Just one of these can be sold for fifty thousand American dollars—”

The Basque had had enough.
“Maria Jos
é
Cristo!”
he exploded. “Who gives a fucking damn!”

Morgan agreed. He stepped in front of the general. A highly respected line officer, the general had just shot his own soldiers in the back because of a bunch of tiny tubes that looked like crusty cigarette holders. The general was probably not barking mad yet, but his priorities were circling the toilet.

Morgan stabbed a finger into the man’s chest. “You stupid arsehole, remember why we’re here. You’re digging your family’s graves!” He had tracked down the general’s wife and children in Tahiti and sent him chilling photos showing how easily they could be wiped.

The general paled. He was a close friend of Saddam’s half brother Barzan al-Tikriti, who had managed part of Saddam’s clandestine financial network. If anyone could get to Barzan and Saddam’s money, it was the general.

Without a word, the general jogged off. They ran close behind.

Morgan noted hundreds of 7.62-mm shell casings embedded in the weeds and dirt, the bullets used by AK-47s, not by U.S. assault rifles. “How many men do you have here, General, and where are they?”

“About seventy-five, stationed around the compound.”

Morgan knew 150 Republican Guards had been onsite at five
P.M
., so the general had lost half his force. In the distance, a clutch of men wearing only T-shirts and undershorts and carrying cardboard boxes rushed northwest, in the same direction the two soldiers had been heading with the cylinder seals. It looked to Morgan that the general’s troops were ditching their uniforms, grabbing antiquities, and deserting.