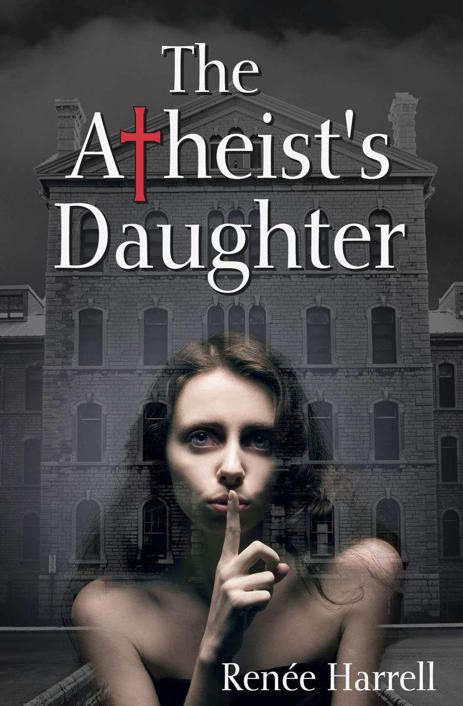 All rights reserved, including the right to reproduce this book or any portions thereof except in the case of brief quotations used in articles or reviews.

This is a work of fiction. The characters and events portrayed in this book are fictional and any resemblance to real people, events or incidents is purely coincidental.

From childhood’s hour, I have not been

As others were; I have not seen

I don’t want you to think you’ve fooled me, Dr. Ron. When Lew, your enormous orderly, brought me this notebook and huge, clumsy pen, I was immediately suspicious.

I knew what was up. I knew you were planning to read everything I wrote.

“This is for you,” Lew said, thrusting the pad at me. “From the doctor.”

“You don’t get television privileges for another week,” he told me. “Cell phone’s locked away and the internet? You can forget it. This’ll give you something to do. Record your private thoughts and things.”

“Kinda, I guess.” He shrugged, trying to appear all innocent, but Lew doesn’t do innocent very well. His neck flushed and he looked guilty of something, like he’d stolen money out of my backpack.

“But this is mine,” I told him. “My words, my private thoughts, so it’s my property.  Nobody else gets to read it. Right?”

He smiled at me, then, but he didn’t say anything. Lew isn’t very bright, he doesn’t have a bunch of framed certificates and diplomas on an office wall like you do, but he’s learned something you haven’t. Picked it up pretty quickly, too.

He’s learned not to lie when I’m watching.

I decided to write in this stupid journal, anyway. Lew’s right, there’s nothing else to do here.

Don’t waste your time, thinking you’ll discover all of my deepest, darkest secrets. Until today, I didn’t have any secrets at all.

Then, when things went weird and I tried to tell people what was happening, what I was seeing, you know what happened.

I got locked up in here.

Outside of my room’s barred window, the bell in the tower is gonging again. The first time it
BWUNGED!
, the orderlies said all of the visitors had to go so Mom left. I’m guessing, since it’s dark outside, the
BWUNG!
noise means something new this time. Like, maybe, it’s time for lights out.

I don’t want to turn off the lights. You think I can sleep after everything that happened today?

From inside your basement lair, I’ll bet you can’t even hear it when the bell gongs. On the surface, in the dormitory where your patients stay, the sound is really loud. It’s obnoxious as hell. When the bell sounds, it makes me want to jump out of my skin.

It’s enough to drive me craaaaaaazy.

You want to hear another joke? You might not think it’s funny but it made me laugh.

When they brought me here, dragged me through the gates of Kendall Sanitarium, I totally freaked. I cried, I panicked, and everybody acted like I was this insane person.

Your orderlies circled around me, all of those cold-faced strangers, and I saw you for the first time, standing ‘way back from the action. Like, maybe, Psycho Dust might drift from me to you and sprinkle all over your pinstriped suit or your skinny black tie.

I was a mess, I know, but your staff –
you
– acted like I wasn’t even human. While I wiped at my nose, trying to keep snot from dripping down my face, Nicole, your short, fat-faced second-in-command, pressed in beside you. She whispered something in your ear.

I heard you say, “Single mothers, Jesus. Take Mama to the Welcome Center and tell her to sit her ass down. I’ll get to her in due time.”

Nicole nodded, bowing and scraping, practically genuflecting as she backed away from you. So I thought it was hilarious when she showed up outside of my door a couple of hours later.

“Bring the girl,” she told pimply Darren, my keeper at the time. “Shit Stain wants to see her.”

See, your last name is ‘Shinstine’ and she acts like you’re all big and important when she’s at your side but really….

Well, you can probably see why I thought it was funny.

When Nicole leaves, I tell Darren I don’t want to go to your office. He says I don’t have a choice.

He escorts me down two flights to your private office. Mom is there, super worried, and you’re behind your desk, pretending you care about me. You couldn’t care less, I get it, and I even understand it. Every nut in town gets admitted to Kendall, the full can of ‘em, so to speak, so what’s one more?

But for my mother, this isn’t business as usual. She’s scared. She can see through your bullshit sympathy act but you don’t realize it. You pat her on her hand and don’t notice when she slides her fingers back.

Wearing a plastic smile, you start talking about thought disorders and delusions, hallucinations and psychosis. If my blood work hadn’t come back clean, you’d have been talking about angel dust and PCP.

Must’ve been a disappointment, huh?

You don’t even look at me until I interrupt your monologue. You finally focus on me when I ask, “Have you ever cheated on your wife?”

You reach for the gold band on your left hand, and you blink a few times, apparently this isn’t the part where patients normally speak, this isn’t S.O.P., but then you say, “No.”

When you speak, I notice your teeth are magazine-white, so perfect, so shiny. I’ve only seen teeth like those on television. I don’t know what you paid your dentist but you got your money’s worth.

Then I ask, “Have you ever cheated on your taxes?” and it takes you longer to answer this time. I can almost see your psychiatrist brain whirling, trying to make sense of my questions.

That’s when I hear the sound:
Schhhct!
That’s when your mouth vanishes.

When you tell me something that isn’t true.

It’s just like when Sara Kotch lied about her homework, at school. Exactly the same.

I want to scream when it happens but that’s what started this whole thing, right? Instead, I bite my lower lip, like I should have done when Sara Kotch’s mouth disappeared.

By the way, side note here, I’m going to practice at pretending better. Mom says, practice makes perfect, and I swear to you, give me a few months, I’m going to be the best pretender you’ve ever met.

This time, still learning how to fake it, I did a good enough job. Mom knows something is wrong, but you’re clueless. You pat at her hand. She slides her fingers away for the second time. You start talking about medications and treatment, spouting words like some kind of human textbook, and your face goes back to normal.

I see those square, shiny teeth again. Gleaming at the world.

The first time I saw you, Dr. Ron, I tried to tell you the truth. I called out to you, your goons grabbing my arms, but you turned your back on me. I heard you tell Nicole it was time for lunch. You thought maybe you’d have a nice piece of veal.

Everybody’s got their priorities, right?

So maybe Nicole is right and you’re a Shit Stain. Maybe you’re not. Let me try to connect with you this one last time.

If you ever want to know me, if you really want to help, this is your chance. Treat me like I’m a person, someone needing help, and I’ll try whatever you want. Treatments, medications, anything.

Treat me like I’m just another paycheck, Demento #382, and you’ve lost me already.

When someone lies to me, their face changes. It’s scary as hell. If you could see what I see, you’d scream, too.

When their faces change, people turn into monsters....

Cross-legged, she sat upon the concrete floor. A periwinkle linen cloth draped down the sides of the small table in front of her, its violet tassels brushing lightly against her thighs. Miss Sweet shifted her legs, the better to feel the fibers as they caressed her skin.

The pleasure of physical sensation was already fading. Too soon, it would be denied her.

Five years for one,
she thought.
It isn’t fair
.
It goes so quickly.

Soft footsteps approached her doorway. Turning, she was surprised to see a visitor appear in the opening of her room. A slender woman, middle-aged in appearance and modestly attired, Mrs. Norton stepped through the doorway.

A frown teased at the corners of Miss Sweet’s lips. She quickly hid it away.

She should have known Mrs. Norton was coming. That’s what psychics do, after all.

They know when bad things are about to happen.

“I want you to throw the bones,” Mrs. Norton said.

“Is there a problem?”

“There are always problems. The bones. By morning light.”

“There’s a spotted tom prowling at our back door,” Miss Sweet said. “Its ribs show through its matted hair.

It’s hungry, so hungry it dares lurk in the alley behind our shop. It’s even taken a treat from my hand.”

“To be rid of the beast,” Mrs. Norton said, “not for its bones. You know what I want. Not a cat, not a dog. Find a crow. This city is infested with them.”

“There’s none around here.”

“There wouldn’t be, would there?”

“Not to kill the bird,” she said hurriedly, “only to help me catch it. To carry the bag and throw it over the crow. It would be my hands on the creature’s throat. My reflection in its eye when it died.”

“As our young Mr. Locke stumbles after you, setting off car alarms, sending the neighborhood dogs into a panic, what will you tell the police?”

“The police? They don’t care about
crows
.”

“Might they wonder why Mr. Locke is carrying a cloth sack down an alley way? Or worse, a sack with something wiggling inside of it?”

She had other ways to see into the future. Tea leaves and gypsy cards rested on the shelf behind her but they couldn’t be trusted. There was ambiguity in the patterns of a drowned leaf and the cards delighted in the confusion they caused. Every good scryer knew the gypsy’s cards liked to hide their truths.

Palmistry was available but not for their kind. She had a crystal ball, years ago, but sold it for pennies, angry at its unwillingness to be directed.

And then there was the seer stone.

The seer stone waited on the table in front of her, lovingly folded inside of a velvet cloth. The stone was true to her but it exacted a price to reveal its secrets. It needed a single drop of human blood, freshly offered and freely given.

Miss Sweet had none to offer. Nor did any of the others.

“Mr. Brass knows how to use his body,” she said softly. “He would not be so clumsy as Mr. Locke.”

She dared to peek at Mrs. Norton. Was there a flicker of irritation in her eyes, if only for a moment?

If so, it was gone now. Miss Sweet locked her fingers beneath the table, folding her hands to still the tremor in them.