Read The Awakened: Book One Online

The Awakened: Book One 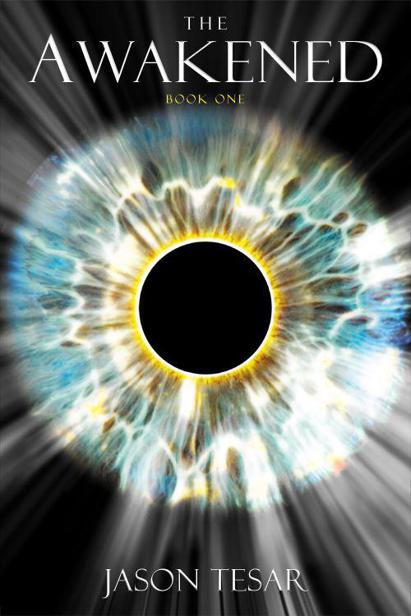 The Awakened: Book One

Books
One
through
Three
are available in a single print edition at most online retailers.  For more information, visit
http://www.jasontesar.com

Quotations taken from the Book of Enoch, Not in Copyright, Translation by R H Charles, 1917

This ebook is licensed for your personal enjoyment only.  This ebook may not be re-sold or given away to other people.  If you would like to share this book with another person, please purchase an additional copy for each recipient.  If you’re reading this book and did not purchase it, or it was not purchased for your use only, then please purchase your own copy.  Thank you for respecting the hard work of this author.

You are my light and laughter

Without you this book wouldn’t exist

I began writing
The Awakened
in the winter of 1998.  The company I worked for at the time closed down every year between Christmas and New Year’s and I suddenly found myself without responsibility for a period of time.  For years I’d been toying with a storyline in my mind—inventing characters and visualizing scenes—but had yet to venture beyond the confines of my imagination.  As my body moved through the motions of a physically laborious job, my mind wandered, unengaged and unchallenged by my work.  The characters became real to me as I spent countless hours experiencing their lives, living their passions and struggles.  In the back of mind, I always thought that someday I’d write it all down.

And then
someday
happened.  As the snow fell outside, I sat in front of a computer with a cup of steaming coffee and began typing the first scene that I had already witnessed a thousand times in my head.  Every last movement and word of the characters, every detail of their environment I could see as if they were right in front of me.  But I struggled, coming quickly to the realization that writing is much more difficult than imagining.  There is no explanation in imagining.  The scenes just play out and make sense because you are both the author and audience.  But writing is altogether different.  Writing means commitment.  Writing means exposing yourself through words that someone else may read.  And for an introvert like me, that was a scary concept.  Still, I pushed through and after several days I had a very short stack of papers to show for my effort.  It was more than I had ever written for a school assignment and it gave me a measure of satisfaction at getting something out of my head and down onto paper.

New Year’s Day came and went and the pace of life sped up once more.  Until one night, maybe a year and a half later, my wife asked, “What ever happened with that story you started writing?”  We began talking and our conversation didn’t stop for several hours.  I told her about my characters, where they had come from and what they were going to face.  I explained the geography of the Empire, the main plot and subplots.  I even told her about the prequel to my story and that one day I wanted to write that as well.  When I finished, she was almost speechless.  I say
almost
because she did say something very important, something that changed the trajectory of my thoughts and actions.

Hearing those words and seeing her excitement was like pouring gasoline on a fire.  That was it.  I was going to do it; I was going to write my story.  From that night on, I committed to myself that I would write at least one night a week.  Though a seemingly insignificant amount of effort, it was a major turning point for me.  Writing was slow-going at first, but over time I saw improvement.  I was gradually becoming able to express my thoughts without struggle.  I no longer spent hours agonizing over a few sentences, but could write a couple pages in an evening.

This continued for years until, by an interesting coincidence, I finished my story roughly a week before my first child was born.  As the sleepless nights began, I put my writing on the shelf and didn’t return to it until a year later.  That’s when I realized that my story was far from complete.  Though I had a few hundred pages, I realized it needed some resolution, and the characters and scenes I’d planned as sequels would need to be pulled in to accomplish it.  This was daunting at first, as I realized that I wouldn’t be satisfied until I got the whole storyline down on paper.  But as I started on part two, I quickly settled back into the routine of writing and found myself looking forward to it.  It was like reading a good book, only much better because it was the book that I’d wanted to read but couldn’t find at any bookstore.  All week I would plan out the scenes and work through the dialogue in my head, so that when I sat down to write I was able to write five pages on a good night.

Two years and a few hundred pages later, I reached a stopping point once again as my second child was being born.  And like before, I took a break for about a year.  But when the time came for me to start on part three, my passion and commitment were already growing at an exponential rate.  Now I reserved two nights a week for writing.  And when that wasn’t enough, I started getting up early on weekends to squeeze in a few hours before anyone in my house was awake.  It didn’t take long before this behavior began to spill over into the weekdays also, as I looked for every available moment to continue my story.  It was addicting.  To make up something out of thin air and then watch it come to life.  I finished writing part three of
The
Awakened
in the fall of 2007.  What had previously taken me years to complete with the first two parts, I accomplished in six short months.  It was a major accomplishment for me and I found I could breathe a little easier having released the story and characters from the prison of my imagination.

But even as I took pleasure in the realization that I’d just accomplished what might otherwise have been a life-long unrealized dream, my imagination refused to be satisfied.  Already I was thinking of a prequel.  Like a monster that grows when you feed it, this was not just a book I’d written, but the start of an epic saga requiring several series of books to fully bring it to life.

So that is how
The Awakened
came to be.  I hope you enjoy reading it as much as I enjoyed writing it.  And if you find that the story finishes sooner than you want it to, don’t worry, there’s more to come—much more!

The History and Prophecy

(a)…the angels which kept not their first estate, but left their own habitation…
wandering stars
, to whom is reserved the blackness of darkness forever.

(b)And it came to pass when the children of men had multiplied that in those days were born unto them beautiful and comely daughters.  And the angels, the children of the heaven, saw and lusted after them…

(c)And they were in all two hundred; who descended.

(d)And all the others together with them took unto themselves wives, and each chose for himself one, and they began to go in unto them and to defile themselves with them…

(e)…taught men to make swords, and knives, and shields, and breastplates, and made known to them the metals of the earth and the art of working them…

(f)There were giants in the earth in those days; and also after that, when the sons of God came in unto the daughters of men, and they bare children to them, the same became mighty men which were of old, men of renown.

(g)…whose height was three thousand ells, who consumed all the acquisitions of men.  And when men could no longer sustain them, the giants turned against them and devoured mankind.  And they began to sin against birds, and beasts, and reptiles, and fish, and to devour one another's flesh, and drink the blood…

(h)…and as men perished, they cried, and their cry went up to heaven...

(i)Therefore, I will raise up one from among those you despise.  And I will
awaken
his eyes to the mysteries which I have hidden from men since the foundations of the world.  His feet will I make to tread upon the paths of destruction and his hands to make war.  He will uproot the seeds of corruption which you have sown throughout the earth.  And then you will know that I am the Lord and my justice is everlasting.

From the writings of Ebnisha(i) 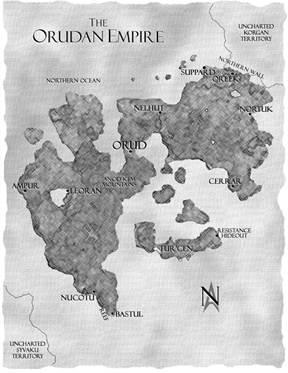 The young analyst glanced quickly around the room, his eyes darting between the flickering computer screens and scores of other technical personnel.  His knee bounced with nervous energy, resonating with the frantic mood pulsing through the communications center.  As he waited impatiently, he reached forward and grabbed his coffee mug and took a quick swig.  It had gone cold.  From a television on the wall to his right came the sound of yet another news reporter trying to present a different perspective on the same story that had dominated the media for more than a week.

“…as ocean levels continue to rise across the globe.  This only adding fuel to the already heated environmental debate that is drawing new lines of separation between members on both sides of the aisle.  But while some argue over the potential cause of this global catastrophe, others believe that the issues of greatest concern are the ghastly death toll and the millions of displaced people in nearly every country, seeking refuge by moving inland.  Already, the burden of supporting these refugees is being seen…”

“What did you want?” sounded a coarse voice from behind.

The analyst jumped, spilling his coffee.  He quickly wiped at his wrinkled slacks but the coffee had already soaked in.  Giving up, he turned to address his superior.  “Have you been watching any of this?”

Forgotten by Neven Carr
Rhal Part 1 (Scifi Alien Serial Romance) (The Ujal) by Erin Tate
The Scoop by Fern Michaels
The Windup Girl by Paolo Bacigalupi
Fight or Flight by Vanessa North
Of Body And Soul by Valentine, L. J.
Trouble in Transylvania by Barbara Wilson
Billionaire Romance: Out of The Cold (Book One) by Violet Walker
Irrepressible You by Georgina Penney
El mazo de Kharas by Margaret Weis & Tracy Hickman
Our partner